Accessibility links
'The Best And Worst Of Politics': Two-Time Mayor, Felon 'Buddy' Cianci Dies He was once America's longest-serving mayor. He led Providence, R.I., through a renaissance, but his terms in office — and personal life — were marred by corruption and scandal. He was 74. 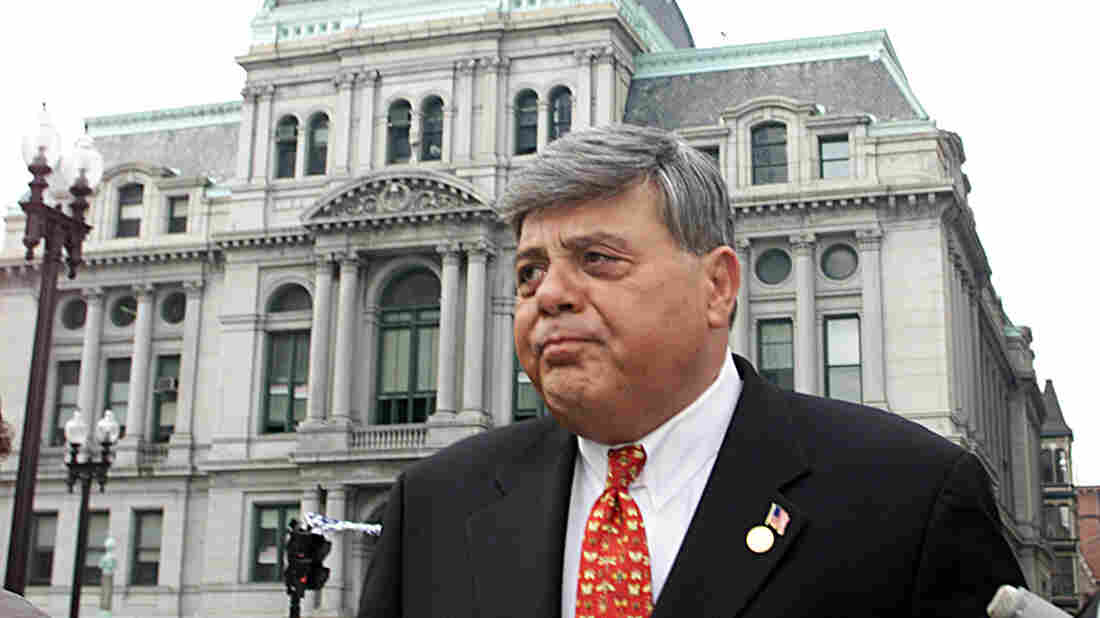 Vincent A. "Buddy" Cianci in front of Providence City Hall in 2002, headed to the federal courthouse after being indicted on bribery and extortion charges. Cianci died Thursday at 74. Stew Milne/AP hide caption 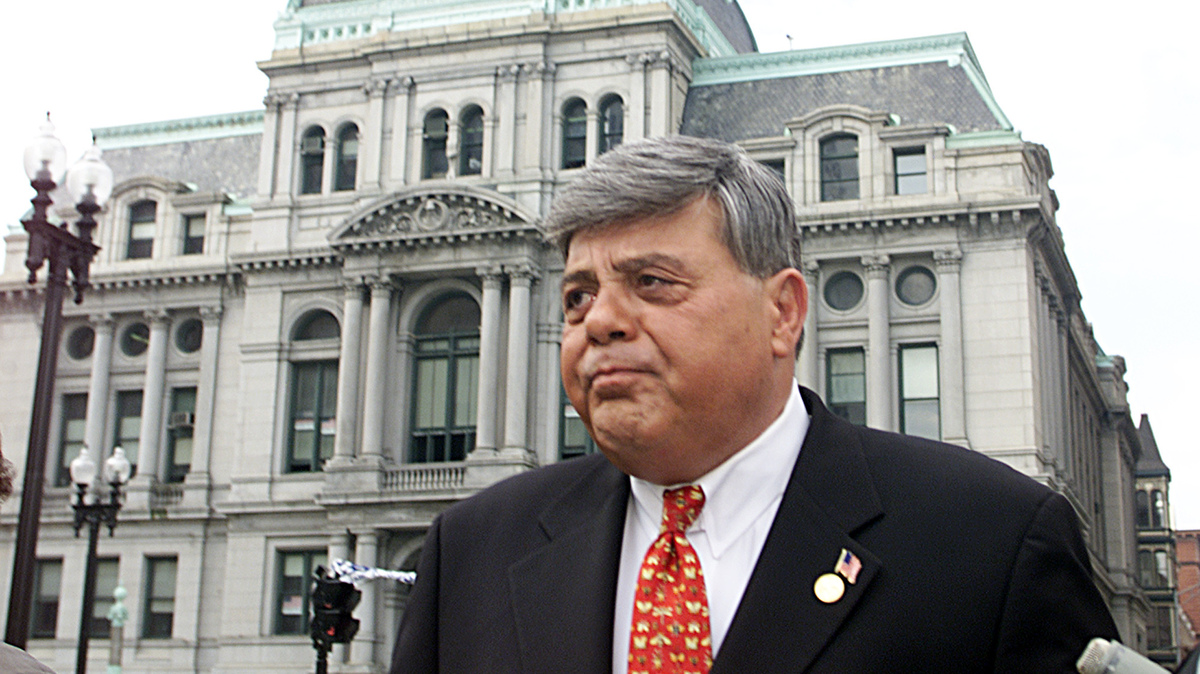 Vincent A. "Buddy" Cianci in front of Providence City Hall in 2002, headed to the federal courthouse after being indicted on bribery and extortion charges. Cianci died Thursday at 74.

That was certainly true of Vincent A. Cianci, better known as Buddy. He was the enigmatic former mayor of Providence, who died Thursday morning at the age of 74.

Cianci was loved and reviled in a city that, like America, has been rocked by financial troubles and shaped by demographic change. He was loved for leading a small, dying city through a renaissance — and for being its biggest cheerleader. He even spoke at the 1976 Republican National Convention.

But he was reviled because of his major shortcomings — both personal and professional. In addition to serving two terms as mayor, and having once been America's longest-serving mayor, he also spent 4 1/2 years in prison after twice being convicted of felony charges.

Both times, 20 years apart, ousted him from office. Once, he roughed up the man he thought was having an affair with his wife — he had his bodyguard, provided to him by the city, bring the man to him; he tried to jab a cigarette in his eye and threw an ashtray at him. The other stemmed from corruption charges after Cianci had made an improbable comeback to lead the city yet again.

"He really does embody the best and worst of American politics throughout his long and checkered career," former Providence Journal reporter Mike Stanton told me in 2014 when I caught up with Cianci for a few days as Cianci was trying yet another comeback bid for mayor.

Cianci was equal parts energetic and warm, testing, distrusting and on the brink of hostile. At the time, Cianci, who had battled cancer and claimed to be cancer-free, was leading in the polls and looked like he had at least an even-money chance of defying the odds again. He wound up losing the race, but he will be forever remembered, as Stanton put it, the "best and worst" of American politics. He was an American original.

Here's my profile of Cianci that aired in 2014 for PBS NewsHour: