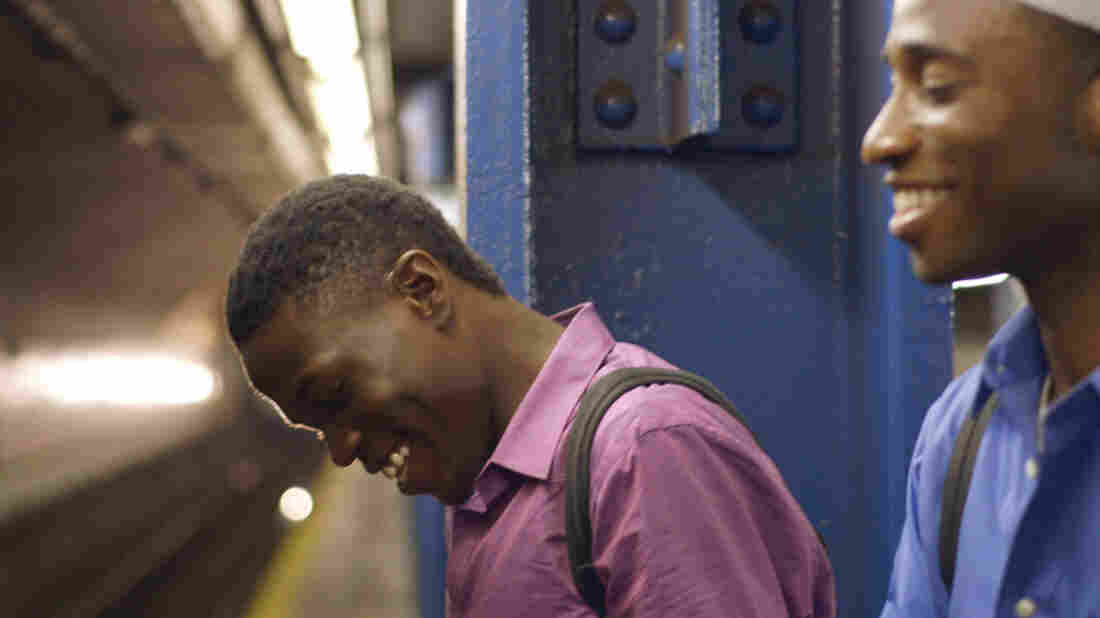 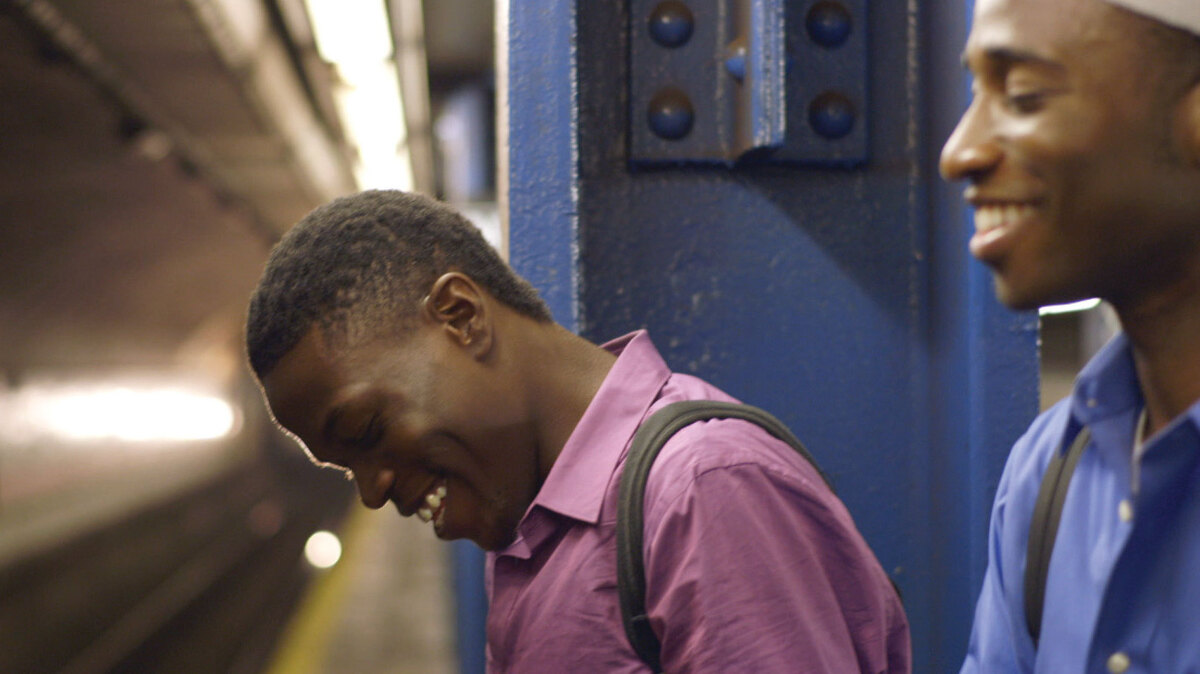 Given the recent expression of anger about the lack of racial diversity in American cinema, it's nice to be able to tell you about Jay Dockendorf's very fine indie feature Naz & Maalik, in which the title characters are African-American teenage boys who also happen to be devout Muslims who also happen to be gay.

That's three outsider perspectives, which is a lot even for an indie. But the point is not representation for its own sake. The triple layer of alienation from mainstream culture makes for an excitingly fresh slant.

Dockendorf isn't black, but he wrote the script based on interviews with gay, African-American Muslims, and the movie has a layered, documentary-like texture.

The first thing you'll notice is that while Naz and Maalik have stable homes, they live much of their lives on the streets of Brooklyn. They buy lottery tickets in bulk and hawk them on sidewalks for a big mark-up. They sell exotic fragrances. On the single day the movie takes place, they also sell colorful trading cards depicting Christian icons that Naz bought because he found them beautiful. It's a public life, a life in the open. And the open is where they're incredibly vulnerable.

I don't need to tell you that traditional Muslims condemn homosexuality, but Naz and Maalik steal kisses in alleys when they can. They're young enough to get away with rolling around on the ground — what we used to call horseplay. They take long, winding walks through the park.

Naz, played by Kerwin Johnson, Jr., wears a kufi cap — a religious prayer hat — and seems more thoughtful and political than the raw, impulsive Maalik, played by Curtiss Cook, Jr. He wrestles with the tension between his sexual identity, his faith and his family, but there's an even more serious threat than family and community rejection. An undercover cop the teens encounter fingers them as suspicious to a roving FBI agent played by Annie Grier.

The scenes in which she tails the boys, waylays them and grills them on their whereabouts aren't particularly subtle, but they do make us feel — viscerally — the effect of so much intense scrutiny. Naz and Maalik are still kids, really, still unformed, and they don't have what kids need most: to feel free to make choices.

Dockendorf's direction, though, is free-form: He finds the right balance between easy naturalism and something more heightened. The movie has spacious, kinetic cinematography by Jake McGee and offbeat editing by Andrew Hafitz. Their Brooklyn is a cauldron — full of ranters, homeless people, the poor and the affluent side by side. All these disparate cultures are difficult to reconcile, which adds to the excitement, the unpredictability of life, but also the jitteriness.

At times the movie seems a little cautious, as if Dockendorf, an outsider to this community, didn't want to be caught sensationalizing his characters' lives. And though the actors are all good — especially Ashleigh Awusie as Naz's disapproving younger sister — no one really breaks out.

But there's a strange, near-absurdist rooftop climax that takes Naz & Maalik to a more surreal level — an attempt to kill a chicken for dinner that leads to something hilarious and then horrible. The movie ends on the downbeat, but you're left with a feeling of empathy that is, in its way, exhilarating. Here is one more piece of the puzzle that is American life — a piece that has never made it to the screen before. You wonder how many others are missing.