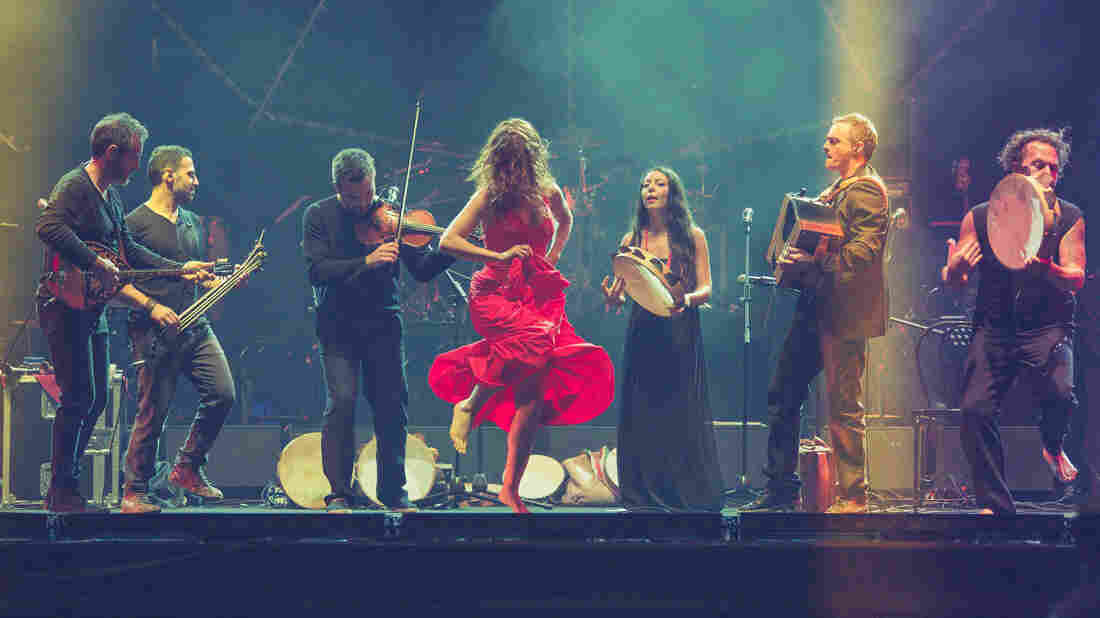 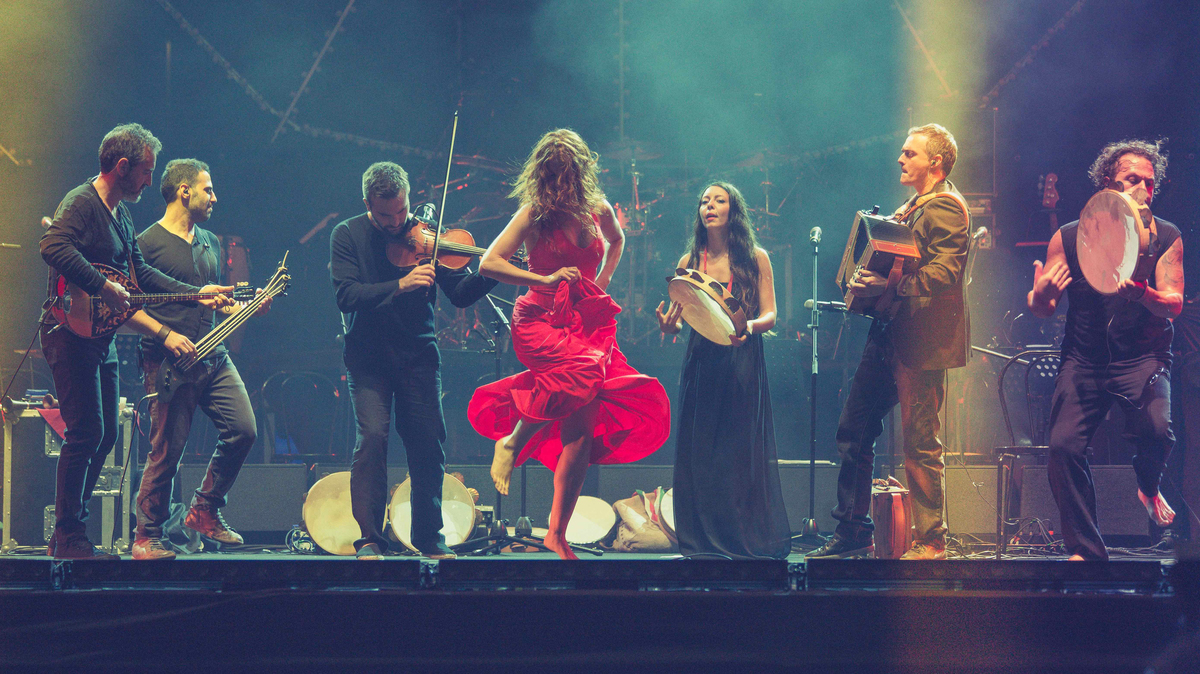 Italy wasn't a single nation until about 150 years ago, and there are some really fascinating regions that remain distinct. A case in point: the cultural, artistic and linguistic traditions that ground Canzoniere Grecanico Salentino (CSG), who come from Salento, on Italy's "boot heel" in Salento, Puglia. Much of their music is based on the taranta (also known as pizzica), a dance rooted in ancient local trance ritual.

Forty years after its founding, CGS is now in its second generation of members, but they haven't lost their roots. And they've pushed their sound into the 21st century through collaborations with other artists. Their new song "Taranta" finds them working with popular Italian composer Ludovico Einaudi, who co-wrote the song with the band's leader, Mauro Durante.

A lot of guitar fans have been eagerly awaiting the next album by Niger's Bombino, and now he's making good on his followup to 2013's Nomad. The new project is called Azel; produced by Dirty Projectors' David Longstreth and recorded in upstate New York, it will be released in April. Here's a teaser in the form of "Inar (If You Know the Degree of My Love For You)." Bombino's sweet vocals and quiet presence belie his fierce guitar and songwriting skills.

I particularly love the tight-lipped exchange in French at the end of the video. "That works?" someone calls out, presumably about the take. Barely a response. "It's good, right?" Finally, Bombino: "Mmm-hmm." When he's really pressed, he mutters, "Yeah."

If you really need to get your blood pumping, there's no better place than the wrestling dream world that A Tribe Called Red creates for their song "Suplex," featuring Northern Voice. This trio of Ottowa-based DJs layers electronic dance music with the sounds of their own First Nations cultures and socially conscious contexts.

As one of the group's members, Bear Witness, told Fader when the video was first released: "In North America we had pros like Chief Jay Youngblood and Wahoo McDaniel who were indigenous, but had to dress in headdress and tassels to compete. The idea of the video was to show that connection we made to these people beyond stereotypes, but also to see an indigenous character make it, without needing the stereotype."

Speaking of getting all fired up: Remember Lady Leshurr and her "Queen's Speech" series? She finished out 2015 with one more fireworks display of pop-pop-pop-pop wordplay. Between her previous "brush your teeth" refrain and her newest chorus/insult — "Your lips look like crispy bacon!" — haters should definitely keep their oral hygiene in check.

I was sad to learn of the death of eminent Indian dancer and choreographer Mrinalini Sarabhai at age 97 on Jan. 21. Not only was she a very fine technician (and, as it happens, the wife of Vikram Sarabhai, a scientist acknowledged as the father of India's space program) but as an artist she pushed boundaries. Sarabhai was among the first women to perform the theatrical kathakali style, which was historically the exclusive preserve of men. Even more crucially, she used the vocabulary of ancient classical dance and classical music to explore contemporary social issues, from female suicide to the treatment of dalits, or "untouchables." As she told filmmaker Anupama Srinivasan in 2003, "Art can speak in a much louder tone, because art speaks through beauty."

A previous version of this story incorrectly said that the alternate name for the southern Italian dance form known as the taranta was pizza. The correct term is pizzica.