Accessibility links
Behind The Music: Bernie Sanders No, this isn't a parody: The presidential candidate has a folk album. The producer of the 1987 recording gives NPR a glimpse inside the studio — and explains the then-mayor's "talking-blues approach." 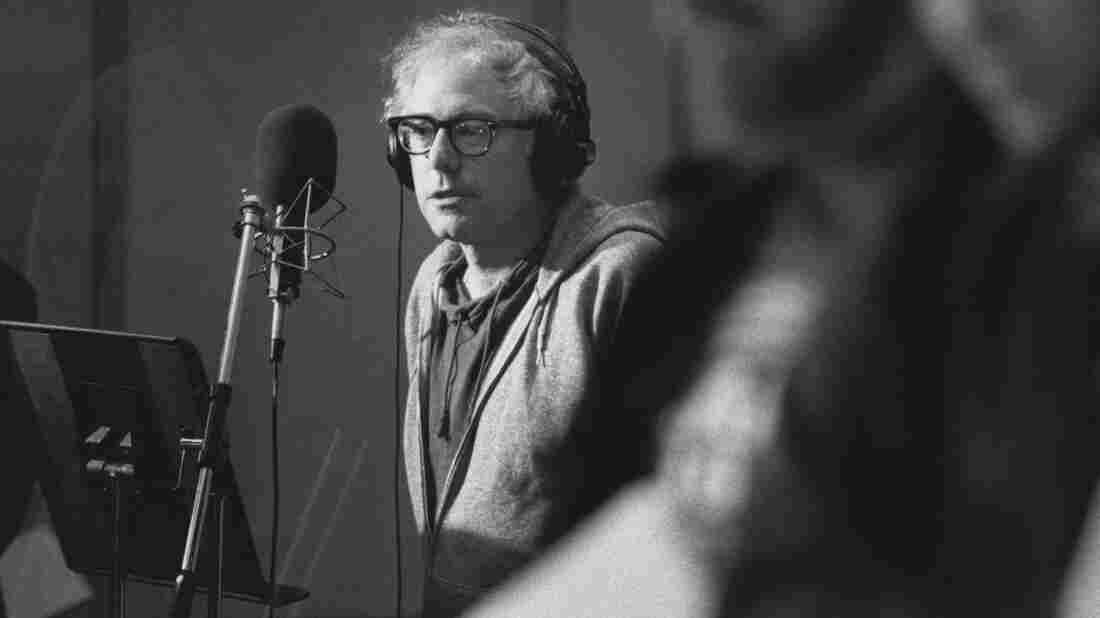 In 1987, Bernie Sanders -- then the mayor of Burlington, Vermont -- collaborated on a folk album called We Shall Overcome. Glenn Russell/Courtesy of Todd Lockwood hide caption 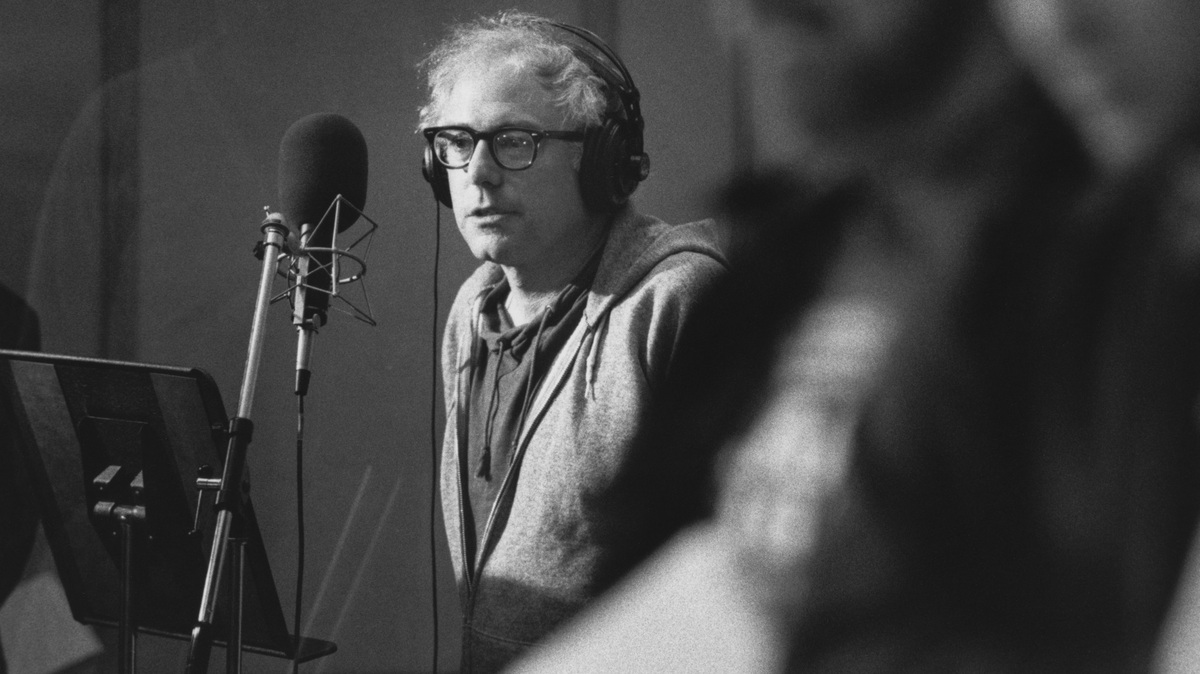 In 1987, Bernie Sanders -- then the mayor of Burlington, Vermont -- collaborated on a folk album called We Shall Overcome.

In the winter of 1987, music producer Todd Lockwood was on the lookout for a hot new project to grow his label. Lockwood owned the White Crow recording studio in Burlington, Vt. — and he didn't have to look far to find his bold idea.

That idea? Get Bernie Sanders — then the longtime mayor of Burlington — into the studio to record a few of his favorite songs.

"We had this intriguing mayor, a guy who was absolutely on a mission with everything he did," Lockwood recalls. "He was charismatic and had a powerful public image. But people didn't really know that much about what his personal life was like. So I thought, well, here's an opportunity to see the man behind the curtain."

The result ultimately became We Shall Overcome, the Bernie Sanders folk album.

But it all started with a letter to the mayor, and a meeting face to face.

"The very first thing he said when I sat down in his office was, 'I have to admit to you, right up front, that this appeals to my ego' — and we both laughed," Lockwood says. "I mean, that was a pretty honest thing to say, under the circumstances." 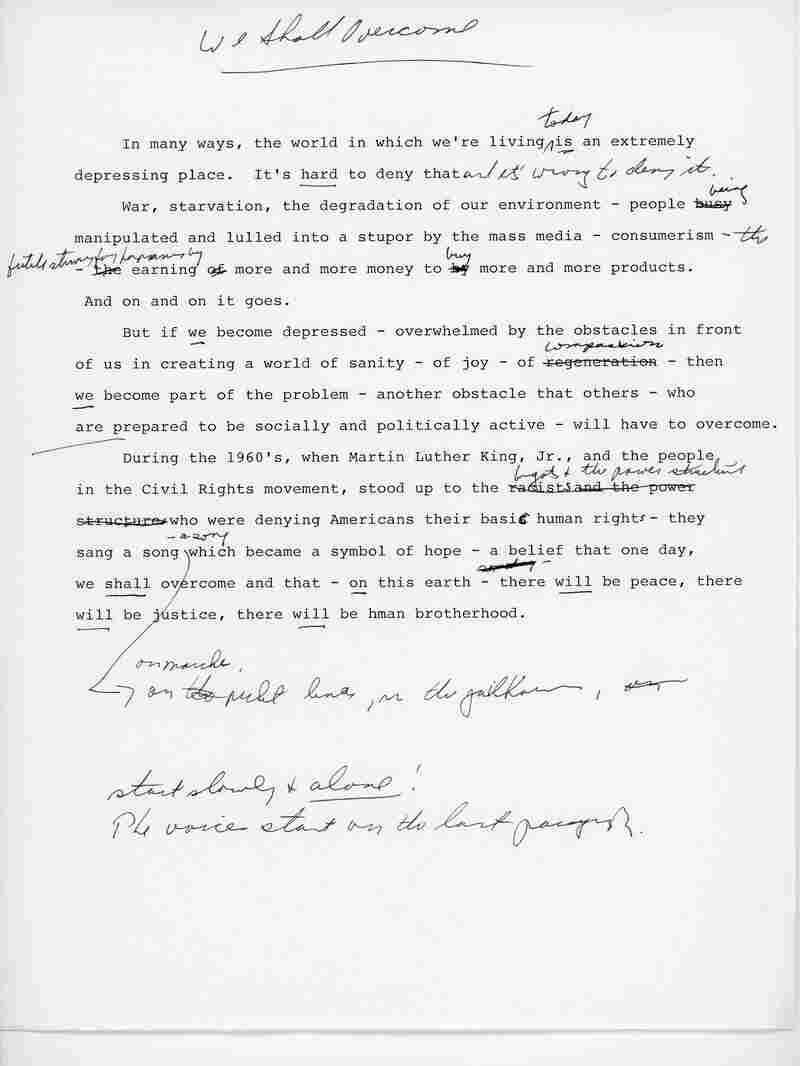 Bernie Sanders' monologue script for the 1987 album, We Shall Overcome. Courtesy of Todd Lockwood hide caption 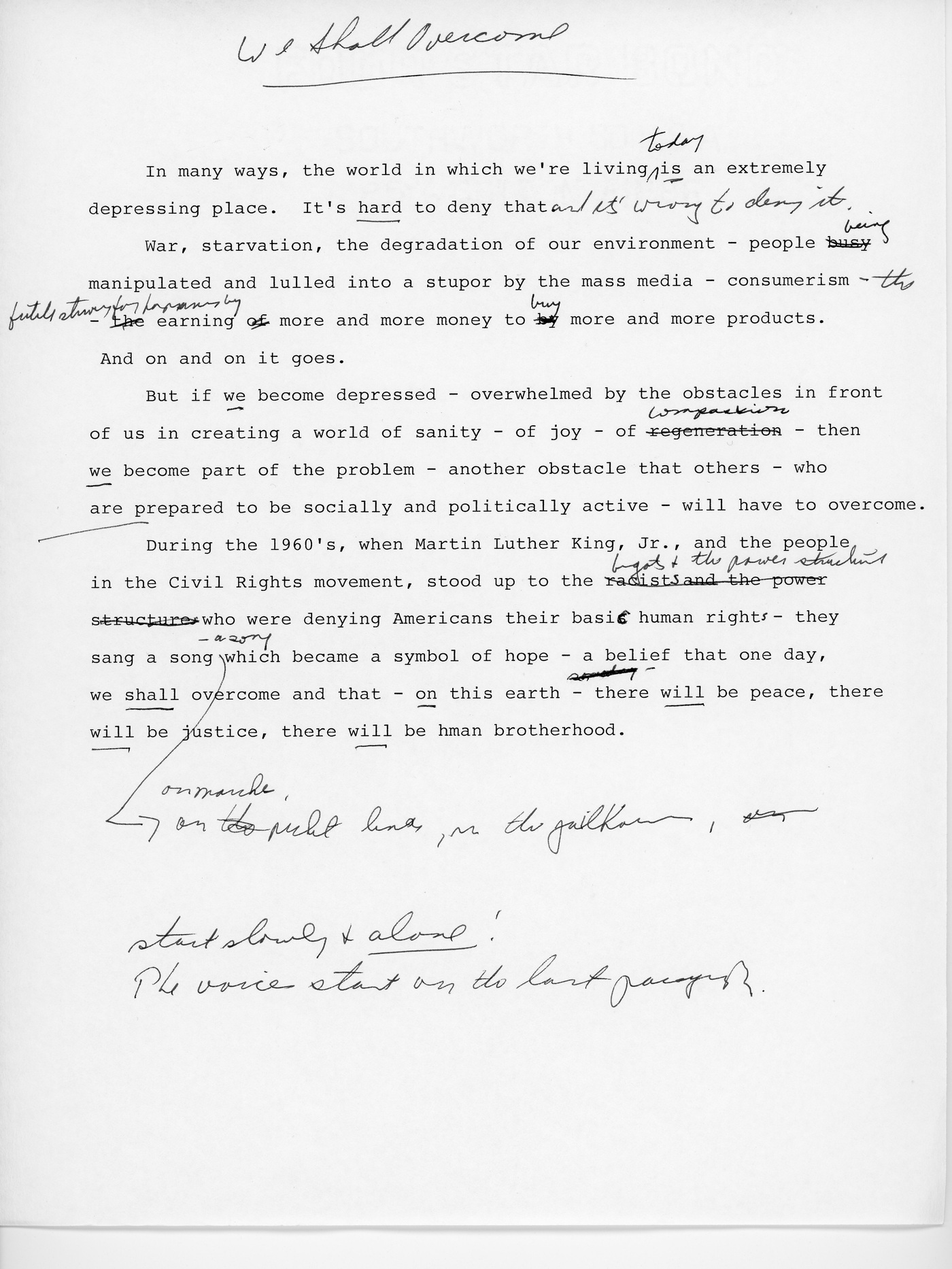 Bernie Sanders' monologue script for the 1987 album, We Shall Overcome.

Once Sanders was on board, the next step was to figure out what this thing would sound like. Just a few years before that, Michael Jackson and Lionel Ritchie had brought together a vast cast of musicians for We Are the World. The album's only single, under the same title, had recently gone multiplatinum.

That album made for easy inspiration for Lockwood — with one big exception.

He enlisted 30 singers and musicians to help flesh out Sanders' handpicked list. But when he finally got Sanders behind the microphone, Lockwood noticed he had a problem.

"I realized pretty early on that Bernie is not a singer. That became pretty apparent right off the bat," he says. "You know, there are certain tricks you can do to correct people's pitch being off and stuff, but I was going, 'This is not really the road we want to go down.' "

I fully expect that if he becomes president, we will see a gold or platinum record hanging on the wall.

So, they decided to take a different tack: a "talking-blues approach," which Lockwood says suited Sanders better.

Sanders himself, however, isn't so sure.

"If people are thinking of voting for me for my musical capabilities — not the right reason," Sanders told NBC's Lester Holt earlier this week. "I have other attributes. Carrying a tune is not one of them."

Lockwood is more optimistic about the presidential candidate's music career.

"This is someone who absolutely believes, with all of his heart, in what he's saying," he says. "I fully expect that if he becomes president, we will see a gold or platinum record hanging on the wall."