Accessibility links
Art Forgery Trial Asks: Were Dealers Duped, Or Did They Turn A Blind Eye? In 2011, New York City's oldest gallery was accused of selling paintings it now admits were forgeries. Plaintiffs say the gallery overlooked glaring problems with the paintings' backstories. 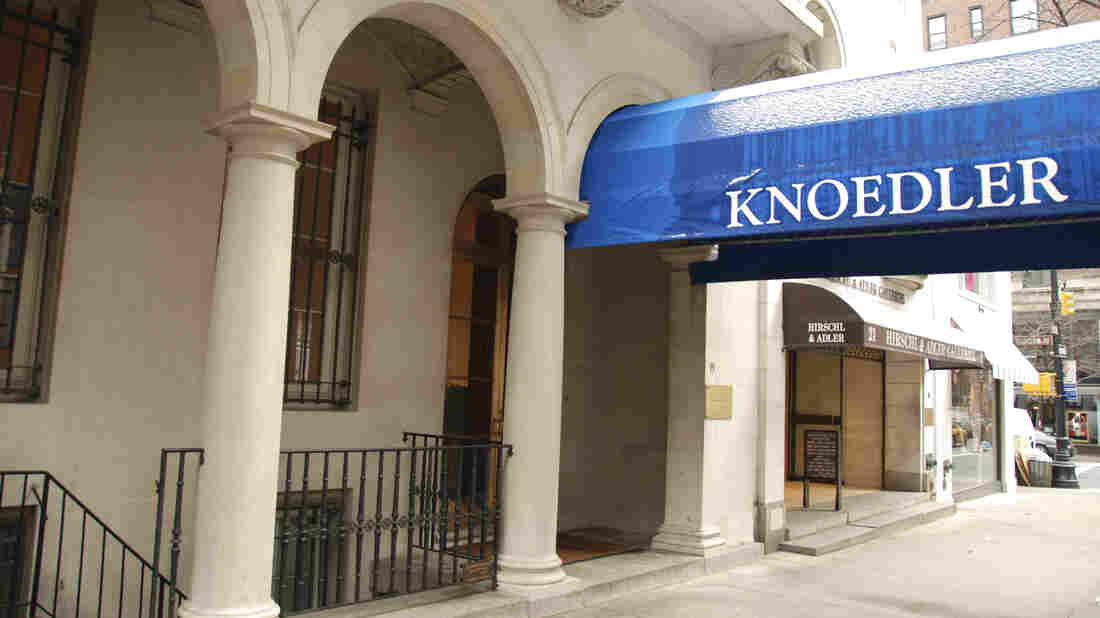 The Knoedler & Company art gallery, shown here in 2010, had been in business since before the Civil War. The gallery permanently closed its doors in 2011. Paul Goguen/Bloomberg via Getty Images hide caption 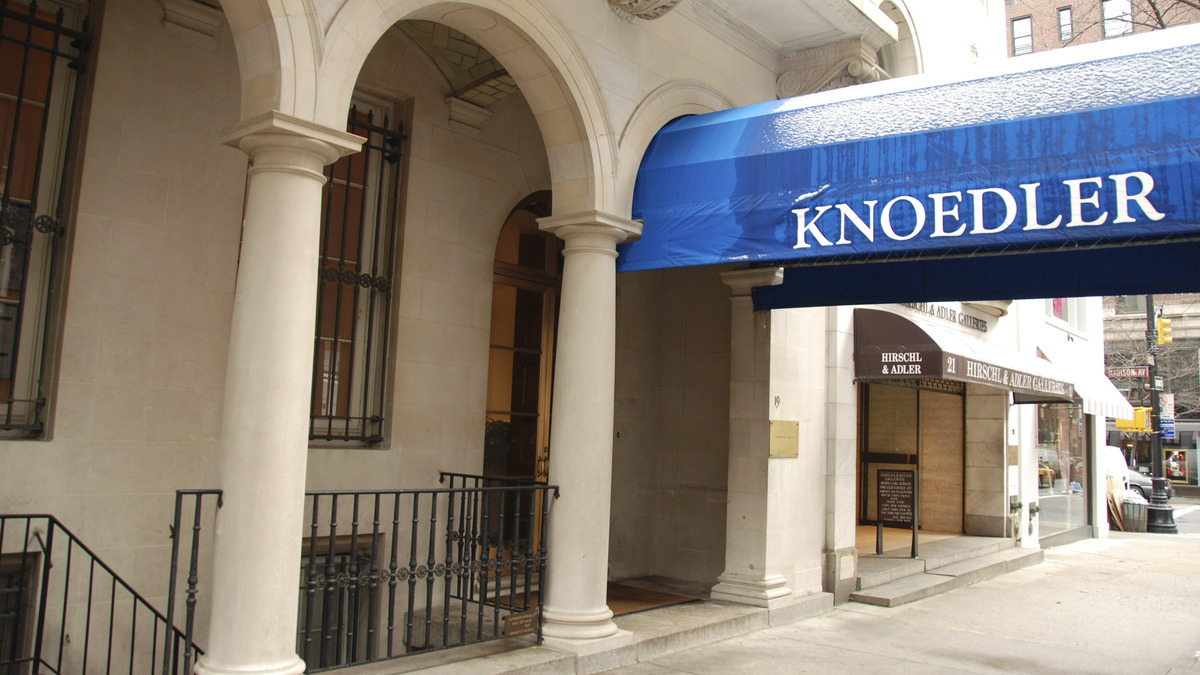 The Knoedler & Company art gallery, shown here in 2010, had been in business since before the Civil War. The gallery permanently closed its doors in 2011.

The New York art world was shocked when the city's oldest gallery abruptly closed its doors more than four years ago. A few days later, news broke that Knoedler & Company was accused of selling paintings it now admits were forgeries for millions of dollars each. The gallery and its former president face several lawsuits by angry collectors and the first trial began this week.

The forgeries at the center of the scandal look like masterpieces by Jackson Pollock, Willem de Kooning and other prominent abstract expressionists. They were good enough to fool experts, and even Ann Freedman, then-president of Knoedler & Company, says she was duped.

Nikas says Freedman even bought some of the paintings for her own personal collection. But the plaintiffs in this case and other pending lawsuits say Freedman overlooked glaring problems with the paintings' backstories. The art dealer who sold the paintings to the gallery, a woman named Glafira Rosales, pleaded guilty to fraud and money laundering charges in 2013. According to Freedman, Rosales told an elaborate story involving a European collector (known only as "Mr. X") who bought the paintings with cash in the 1950s, when he was having an affair with an assistant at two top New York galleries.

"It's quite a tale, and people bought it," says Amy Adler, who teaches art law at New York University. "I suppose the temptation would be there — not just for buyers, but, yes, even for sellers — to think they'd happened upon these magnificent, undisclosed masterpieces."

In the end, Rosales admitted to selling Knoedler 40 counterfeit paintings over more than a decade. The plaintiffs argue that Freedman knew — or at least should have known — that something was amiss. It's hardly the first time an art dealer has been accused of deliberately looking the other way.

Ken Perenyi is a professional art forger who wrote about his career in the book Caveat Emptor. "From over 30 years' experience with art dealers," he says, "I would say there most certainly are individuals out there in the trade that will turn a blind eye."

Perenyi faked thousands of 18th- and 19th- century paintings, and sold them to auction houses and art dealers. He says, "I've seen paintings of mine turn up in dealers' catalogues that they had to know about it and they chose to buy it and sell it anyway."

A lot of these people were very sophisticated business people ... but they bought art based on sort of magical, romantic stories. It's the kind of transaction they never would have engaged in had it been a regular business deal.

Still, everyone was surprised when a blue chip gallery like Knoedler & Company got caught peddling fakes. The gallery had been in business since before the Civil War, and even other art dealers relied on its good name. Richard Feigen is a prominent dealer on the Upper East Side. He helped broker a sale involving one of the Knoedler forgeries, but gave his commission back when the work turned out to be fake. Feigen says it's a reminder to art dealers not to cut corners. "I think it will cause people to be much more careful, because even a name as old as Knoedler is no guarantee, obviously, that you can be sure of."

The Knoedler affair should also be a wake-up call to buyers, says NYU's Amy Adler. "A lot of these people were very sophisticated business people ... but they bought art based on sort of magical, romantic stories. It's the kind of transaction they never would have engaged in had it been a regular business deal. I don't think that's going to happen so much going forward. I think people have seen that you need to kick the tires."

But according to Adler, kicking the tires is harder than it used to be. Copies of paintings are getting better. And as the price of art has climbed, fewer experts are willing to make public judgments about a work's authenticity. They're afraid of getting sued if they're wrong, and that can be very expensive. Just ask Ann Freedman's lawyer, Luke Nikas.

"The bigger the dollar amount, the bigger the mistake in the end if you get it wrong," he says. "If this had been a painting that was purchased for $5,000, we wouldn't be here. ... This would be over."

But it was purchased for more than $8 million by a collector who thought it was painted by Mark Rothko. The trial is expected to last several more weeks. Freedman's lawyer says she will take the stand in her own defense.