Accessibility links
Clinton Runs As Wonk In Chief, Trying To Win Hearts With Plans Clinton has more than two dozen policy proposals from Alzheimer's to drug addiction — more than 50,000 words of them. But can all those plans inspire people to caucus for her in Iowa? 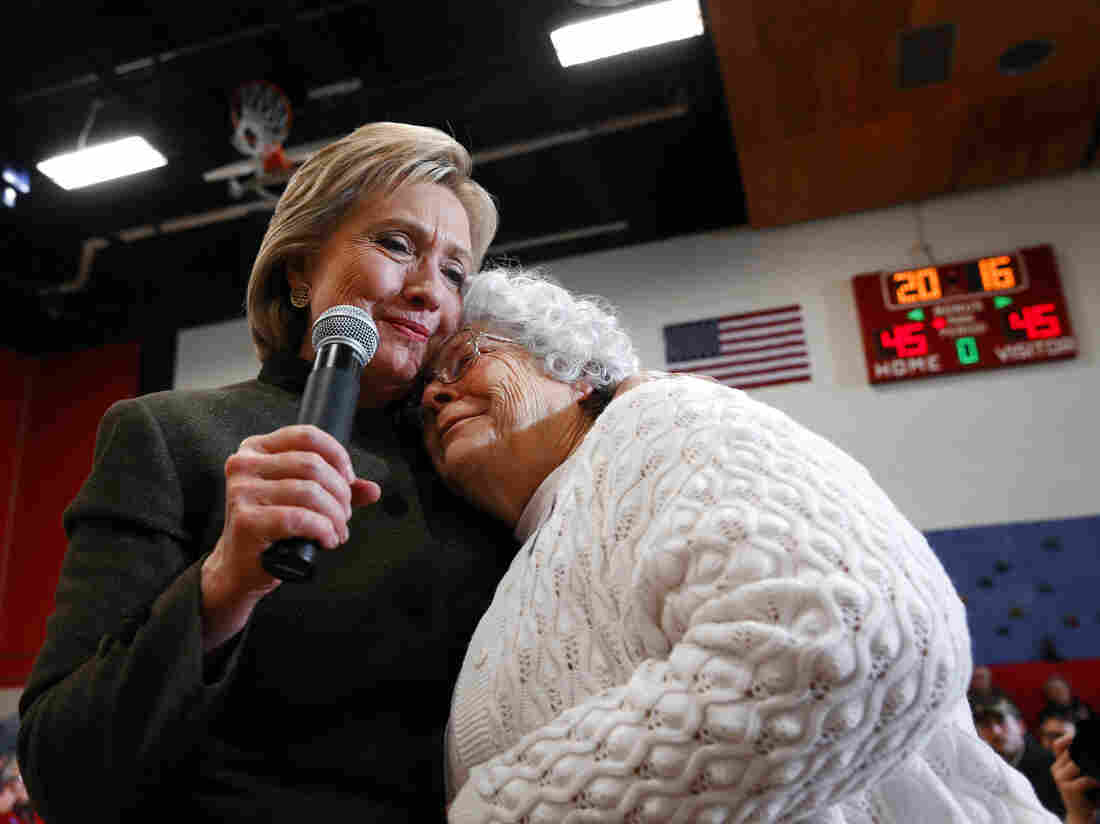 Democratic presidential candidate Hillary Clinton (left) hugs Annette Bebout, 73, of Newton, during a campaign event at Berg Middle School, in Newton, Iowa, this week. Bebout told her story to the audience of how she lost her home. Paul Sancya/AP hide caption 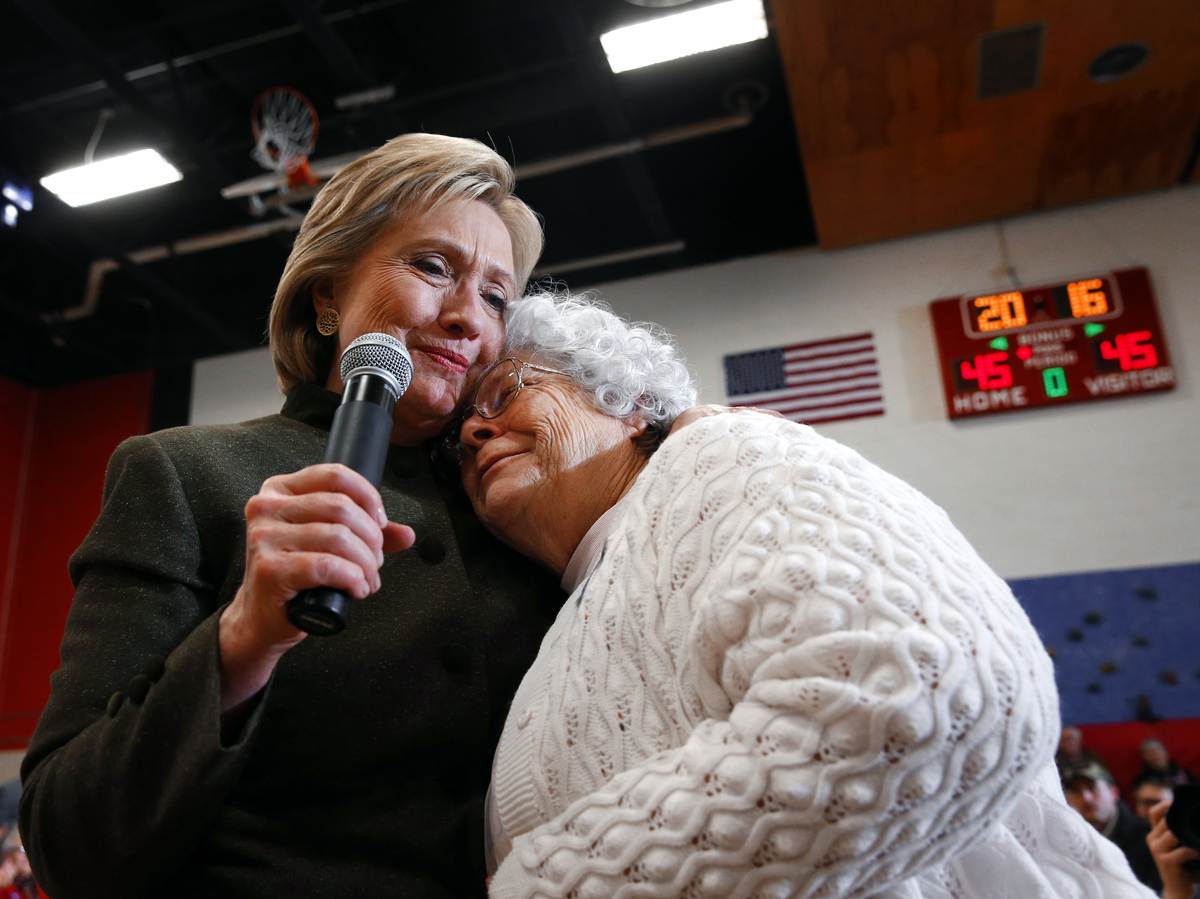 Democratic presidential candidate Hillary Clinton (left) hugs Annette Bebout, 73, of Newton, during a campaign event at Berg Middle School, in Newton, Iowa, this week. Bebout told her story to the audience of how she lost her home.

Instead, the former secretary of state is trying to win voters over by being a wonk who delivers page after page of policy white papers. As Clinton makes her closing argument in Iowa, "in my plan" has to be the most oft repeated phrase in her stump speech.

Autism is not the kind of thing that dominates televised debates or tops polls as a leading issue facing the nation. But Hillary Clinton has a white paper on it, the "Plan To Support Children, Youth and Adults Living With Autism, and Their Families." She's also got plans for Alzheimer's, drug addiction and elder care.

In total, the Clinton campaign has more than two dozen policy papers — more than 50,000 words of them, many heavy on footnotes.

For Clinton campaign volunteer Abby Walker, 19, the autism plan was a big deal. That's because her older brother has autism.

"So when Hillary came out with her plan, I just saw this and I just knew right away I needed to keep knocking on doors even more," Walker said.

Walker goes to college in Missouri, but drives more than an hour home to Ottomwu, Iowa, to persuade others to caucus for Clinton.

"Ever since I got back to school, I've been going home like pretty much every weekend because I've just realized how important it is once she released her autism plan," Walker said.

Walker and her mom attended one of Clinton's small listening tour events during the summer. According to Walker, her mother talked to Clinton about autism.

"My mom just told her a little bit about my brother and how much he needs, services and stuff like that," Walker said.

When Clinton's plan was released, Walker's mother posted it on Facebook. And she wasn't alone.

The plan showed up in the Facebook feeds of people and organizations who don't typically talk about presidential politics. That includes the Autistic Self Advocacy Network run by Ari Ne'eman, one of many advocates Clinton's policy team consulted.

Clinton campaign press secretary Brian Fallon said when voters have shared their concerns with Clinton, she wants to be able to offer proposals to address those issues.

"It is Hillary Clinton's idea of fun to take a thick briefing binder home at night to her hotel, if she is on the road, and study it and to give feedback to the staff that is providing her with a menu of options for different policy prescriptions on any given issue. She loves to engage on that," Fallon said.

But is being a wonk in a time when voters feel uneasy and even angry really a recipe for victory? It's certainly a way to micro-target voters and meet them where they live.

Margie Omero, a Democratic pollster at Purple Strategies, says many of Clinton's proposals fall into the category of caregiving.

"Those are huge issues facing a lot of every day Americans in their daily life, far more I might add than the things we talk about a lot in Washington. The enormous amount of pressure that women feel caring for everyone in their family, it can really not be overstated," Omero said.

The question is whether Clinton's many plans to address these concerns will drive the people who care passionately about them to caucus Feb 1.