Accessibility links
Not Giving Up: Arizona Residents Get A New Start In Refurbished Motel The spirit of Route 66 is alive in a community helping homeless people rebuild their lives. 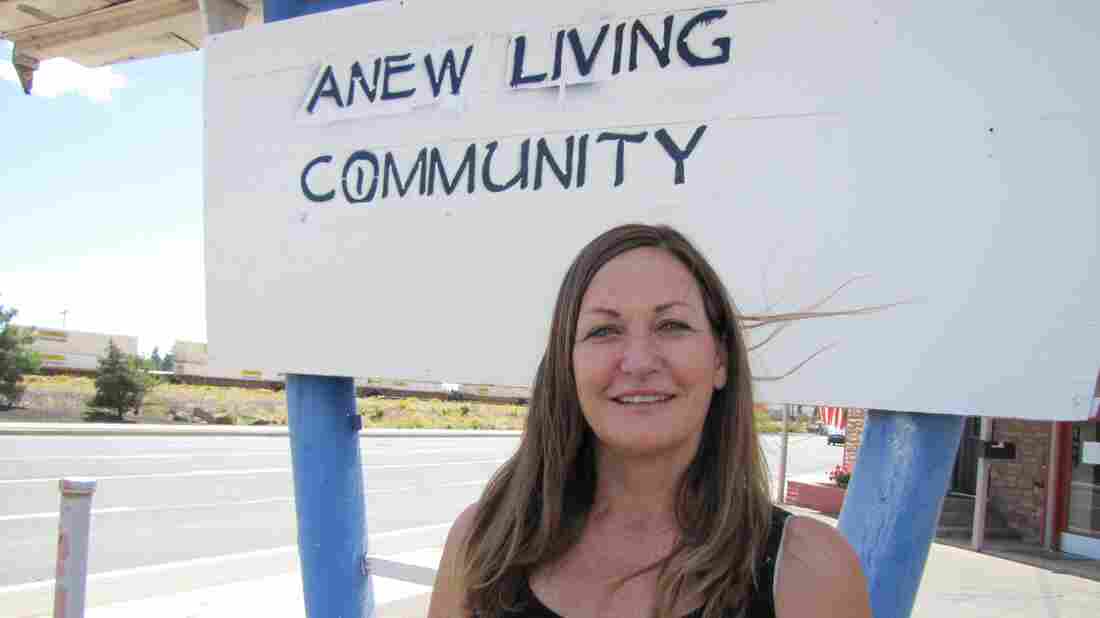 Lori Barlow gave up a six-figure salary as a financial planner and a home on the beach to help people make the near impossible leap from shelter to home. Laurel Morales/KJZZ hide caption 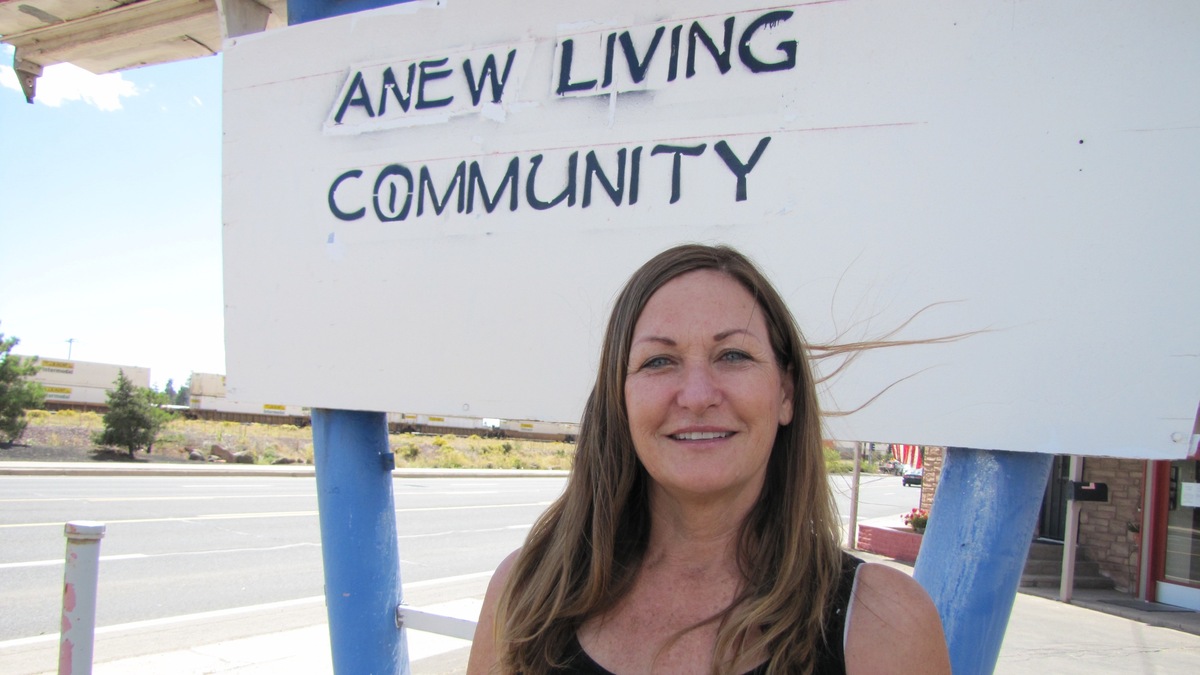 Lori Barlow gave up a six-figure salary as a financial planner and a home on the beach to help people make the near impossible leap from shelter to home.

Living on the streets is tough enough in a city. But when you're homeless in rural America, it's even harder to pull yourself out of poverty.

In the small town of Flagstaff, Ariz., one woman tried to make a difference, and flipped an old motel into transitional housing.

When former financial planner Lori Barlow moved to Flagstaff, she volunteered at the emergency shelter. She was overwhelmed by the number of people stuck in poverty.

"I was surprised we had people staying there that had jobs," Barlow says. "And that just amazed me. What's happening to these people that are trying?"

Read Part One Of This Story: Building A New Community For The Rural Homeless

Barlow now houses about 50 of those people at the old 66 Motel, now called "ANEW Living Community." Many work seasonal jobs or rely on Social Security or disability checks to pay the rent — people like Hans Pap, who moved here from Baltimore after he'd been diagnosed with lung cancer.

"It was one of my dreams to come out West," he says. "So I figure before I die I'd at least come out here and see the West."

Being homeless in Flagstaff was harder than Pap expected. He says there were few places to go to escape the cold. Things are a little better now that he has a key to a room at "ANEW Living Community."

"That's a propane camping stove I use to cook with ... usually hamburger, chicken, cheap stuff," says Pap, showing us his room.

A few doors down, William Fulton works on one of the old motel rooms. Fulton had more than three decades of experience as an engineer, but then he was injured on the job.

"[I] just fell into a state of depression, not been able to get steady work," Fulton says. At 58, he says many people think he's too old.

"Right after the housing bust, the economy went down," he says. "Everybody's just trying to survive. And so I got into the handyman service. I didn't really like the title handyman because I'm an engineer, I've done so much."

Out of work and living in a van, Fulton met Barlow. "She asked, 'You want to come in here and fix these rooms up in exchange for rent to help you get back on your feet?'" Fulton says. "And I said, 'Yeah!' So yeah, sorry, I'm getting choked up."

Julie Bowman, whose friends call her Red, crashed a motorcycle 20 years ago. Red's a self-described biker chick who used to be a bartender.

But the accident left her broke, partially deaf and no longer able to lift cases of beer. Now she takes community college courses online.

Bowman says everybody at the motel looks after each other.

"That older lady, she told me a couple days ago she's usually broke by the end of the month and doesn't have much food," Bowman says. "She told me that and I about came unglued. And I've taken her dinner every single night since she told me that."

Bowman says that's the way she was raised. And she's got a lot of grit.

"All I've ever wanted is a house of my own — and not to worry about whether I'm gonna pay my electric bill," Bowman says. "I see myself not giving up until I get it."

That kind of determination is the spirit that drew people to Route 66. A lot of people still move along the old Mother Road and wind up in small towns, where you can find people who may have lost hope before they found each other.