Accessibility links
What Might Rouhani Have Missed When Rome Boxed Up The Nudes? NPR's Scott Simon wonders if Iranian President Hassan Rouhani might have appreciated a moment to gaze at the many works of art in Rome's Capitoline Museum, rather than seen the naked statues boxed up. 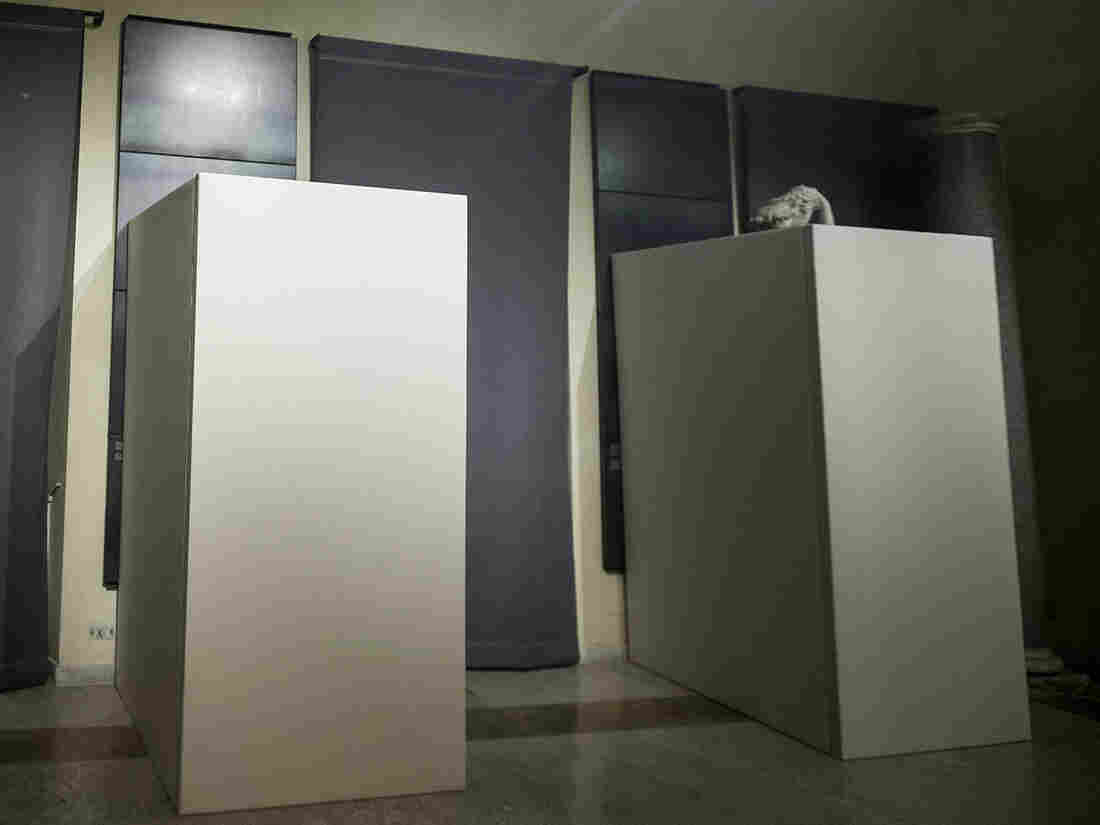 Ahead of a press conference with Premier Matteo Renzi and Iranian President Hassan Rouhani, wooden panels were erected around some Roman statues in Rome's Capitoline Museums. Giuseppe Lami/AP hide caption 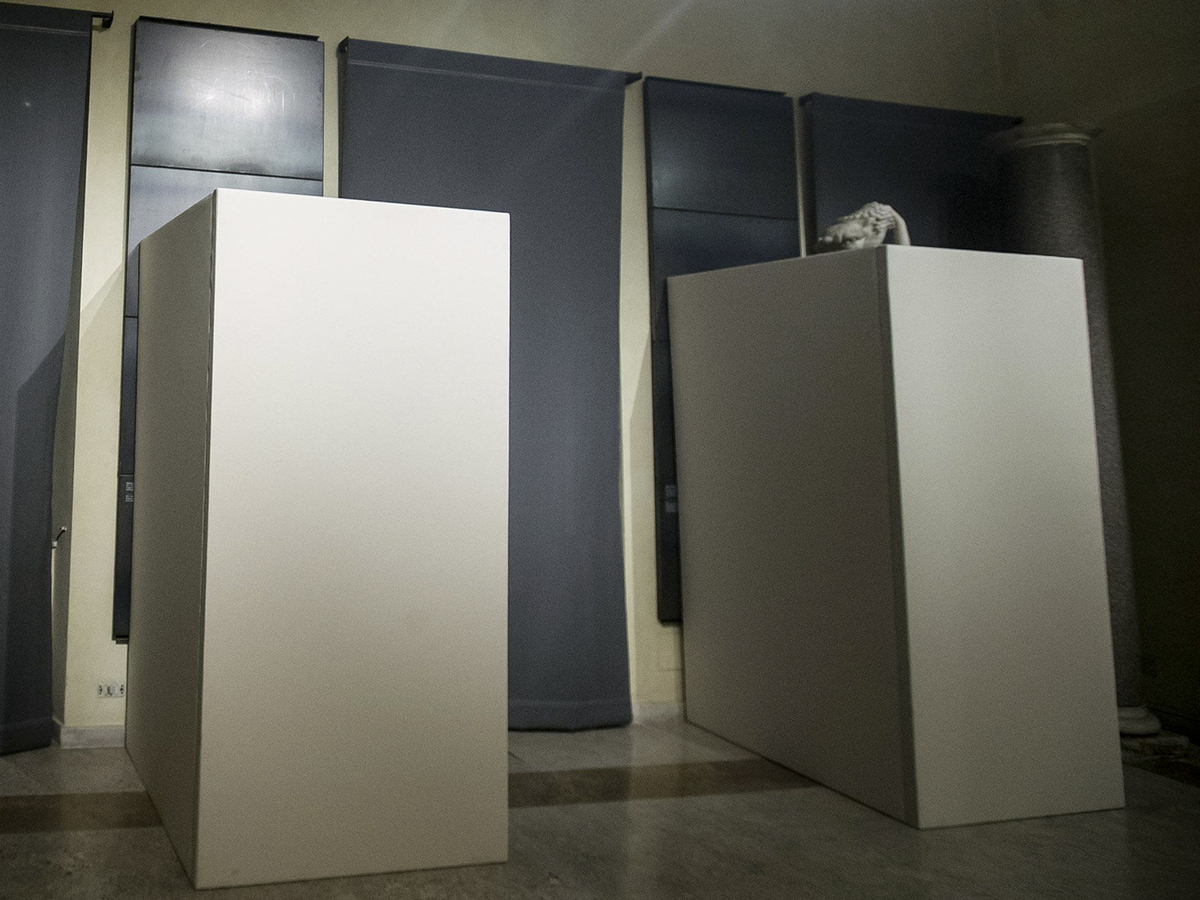 Ahead of a press conference with Premier Matteo Renzi and Iranian President Hassan Rouhani, wooden panels were erected around some Roman statues in Rome's Capitoline Museums.

Another cover-up is in the news.

Italy's Premier Matteo Renzi and Iran's President Hassan Rouhani held a press conference inside Rome's Capitoline Museum this week to announce $18 billion in new business between their countries, now that sanctions against Iran are ending.

But some of the celebrated ancient statues the presidents had to pass on their way to their press conference were boxed up, a little like dim-sum take-out, by large white panels. Inside those boxes were famous statues, including the Capitoline Venus, of gorgeous stone gods and goddesses who do not bother with earthbound clothing.

Someone — no one has claimed credit — ordered the nude figures to be covered so as not to risk offending the president of Iran, a country where women cannot risk showing so much as their ankles. Iranian women must walk around cloaked almost as completely as those statues.

It's not clear who ordered the concealing of the statuary. But outrage over the cloaking has brought about a rare coalition in Italy.

Gianluca Peciola, of a left-wing party, called it, "a shame and mortification for art and culture."

Luca Squeri from the center-right Forza Italia said, "This isn't respect, it's cancelling out differences and it's a kind of surrender."

The columnist Michele Serra wrote in La Repubblica, "The problem is that those statues — yes, those icons of classicism and models of humanism — are the foundation of European and Mediterranean culture and civilization ... To not offend the Iranian president," he wrote, "we offended ourselves." 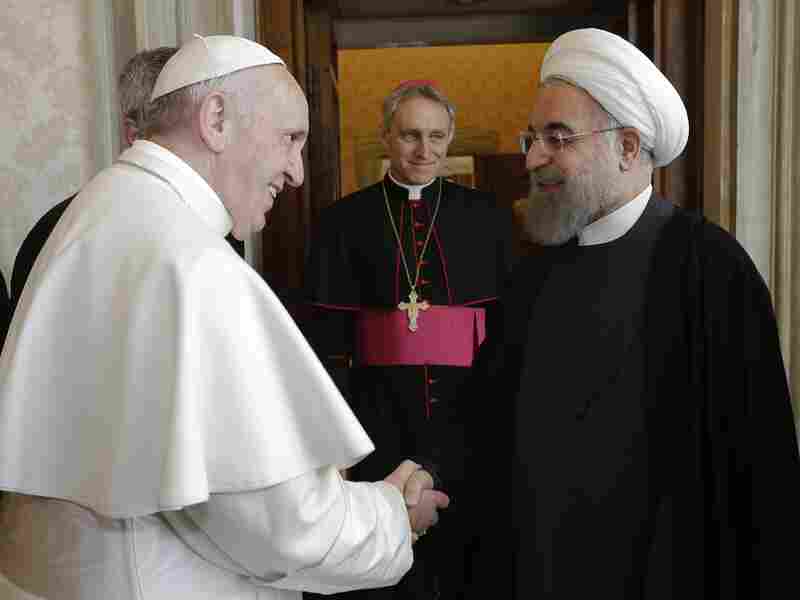 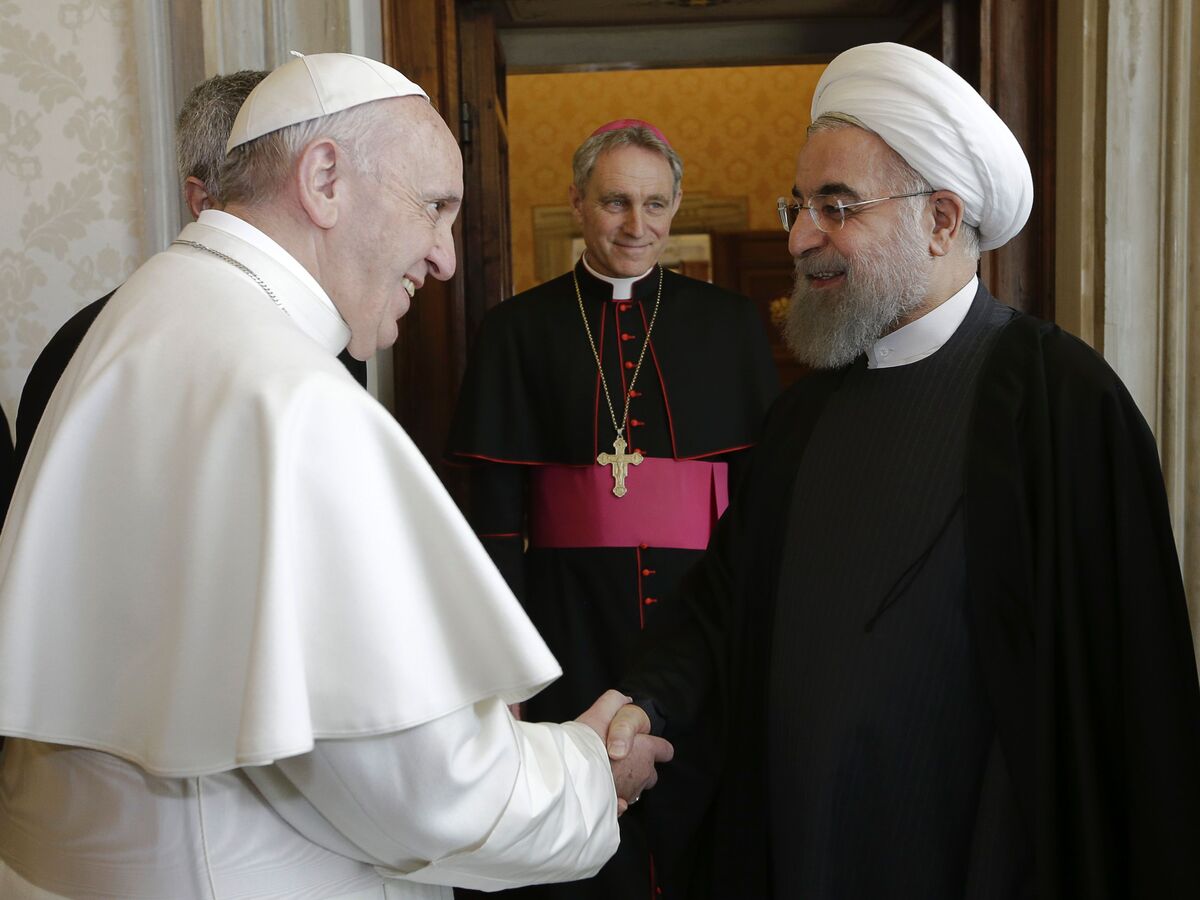 Lots of people pointed out that Pope Francis didn't cover the Vatican's unclad angels and cherubs when he received President Rouhani.

But I wonder if President Rouhani noticed all the statues whose arms and hands have fallen off over centuries. Amnesty International points out that Iran, in this century, still chops off the legs, hands, and fingers of people for offenses like petty theft and eating during Ramadan. Did the president of Iran see Venus' missing arms and wonder, "What did she do?"

I'm sure he wouldn't have wanted to pose with a nude statue. But I wonder if President Rouhani might have appreciated a private moment just to walk around and gaze at those extraordinary figures. Any great art museum may have visitors from foreign countries, or for that matter, U.S. countries, in which people profess to be offended by nudity in art. But they still might be curious to see it on vacation.

Great art can gives us a glimpse of the forbidden. That's why a lot of people come to Rome.