Accessibility links
How Exactly Do The Iowa Caucuses Work? Iowa voters will start the process of deciding who the next president will be. But they'll do it in a way that can mystify outsiders — meeting in schools, gymnasiums and even neighbors' living rooms. 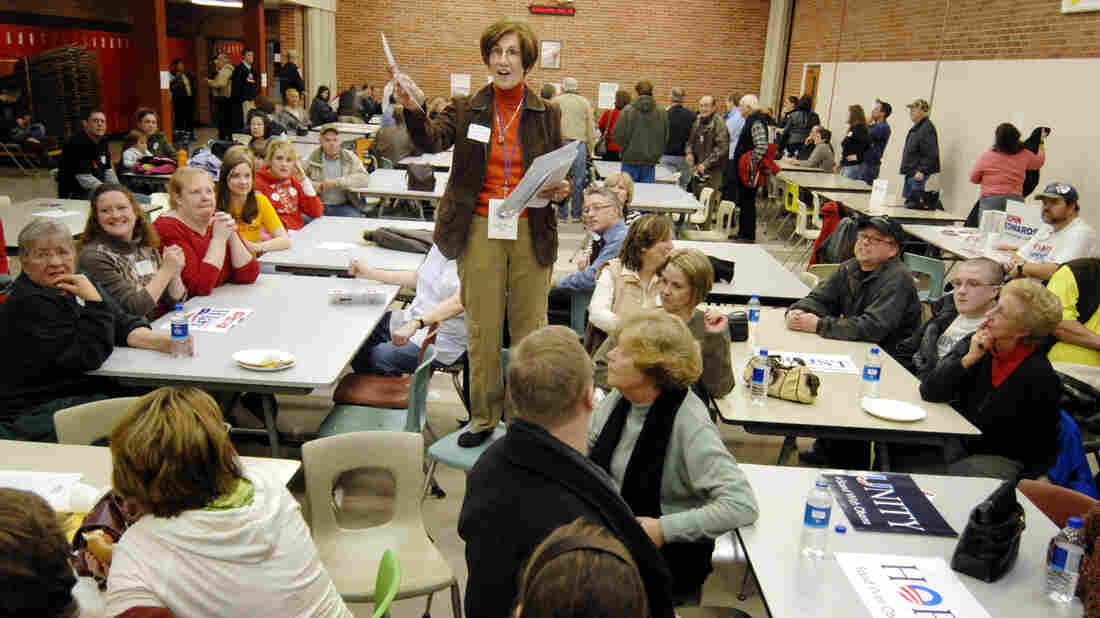 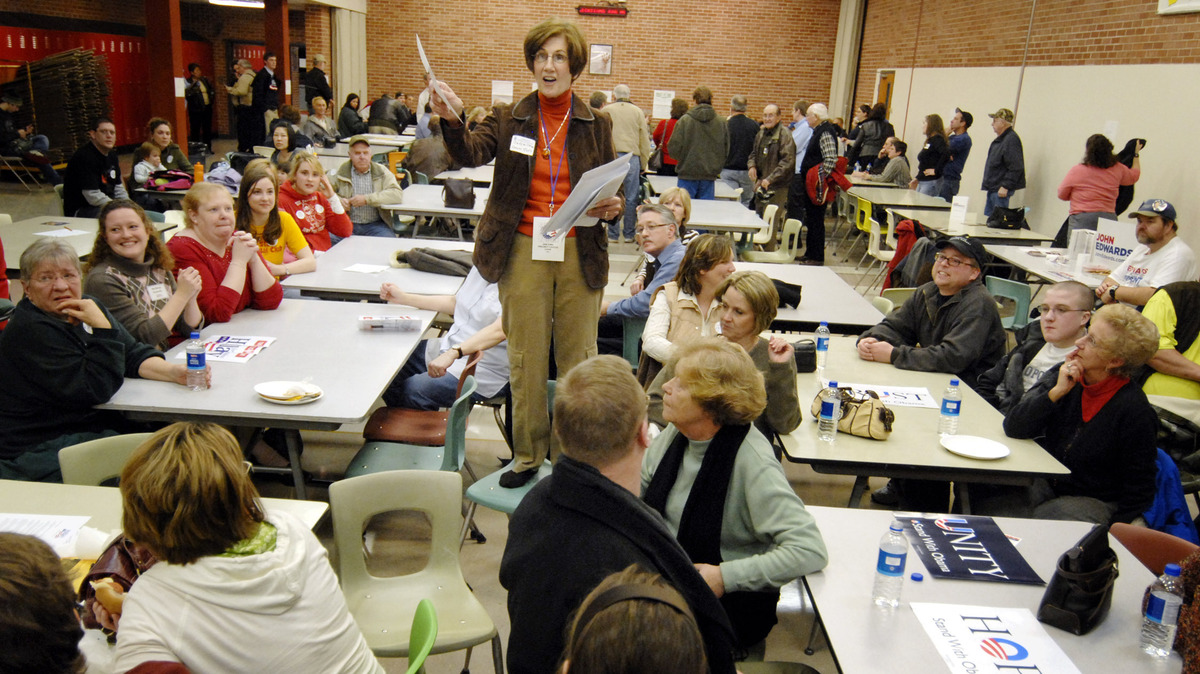 Iowa's process of picking its choice for president is complicated. We try to demystify it in this space.

Here are the basics:

Where does the word "caucus" come from?

The word "caucus" is thought to come from an Algonquin Indian word — cau´-cau-as´u, meaning "one who advises, urges, encourages" and "to talk to ... give counsel, advise, encourage, and to urge, promote, incite to action."

What is a caucus and how does it work?

It's essentially a neighborhood meeting of sorts — for politically active, like-minded people. Unlike the kind of voting most people are used to — which takes only a few minutes and involves pushing a button or pulling a lever in the secrecy of a voting booth — Iowans have to devote an hour or so of their evenings to the process. The caucuses on the Democratic side are also much more out in the open — everyone knows whom you voted for and possibly why. This is why ardency of support is important. In Democratic caucuses, you don't vote with your fingers; you vote with your feet. (More on that in our long answer below.) For Republicans in Iowa, the process is much simpler and more orderly. Someone from the campaigns might speak for a particular candidate, but then voting happens by an informal secret ballot. Think: folded-up pieces of paper passed in and collected. 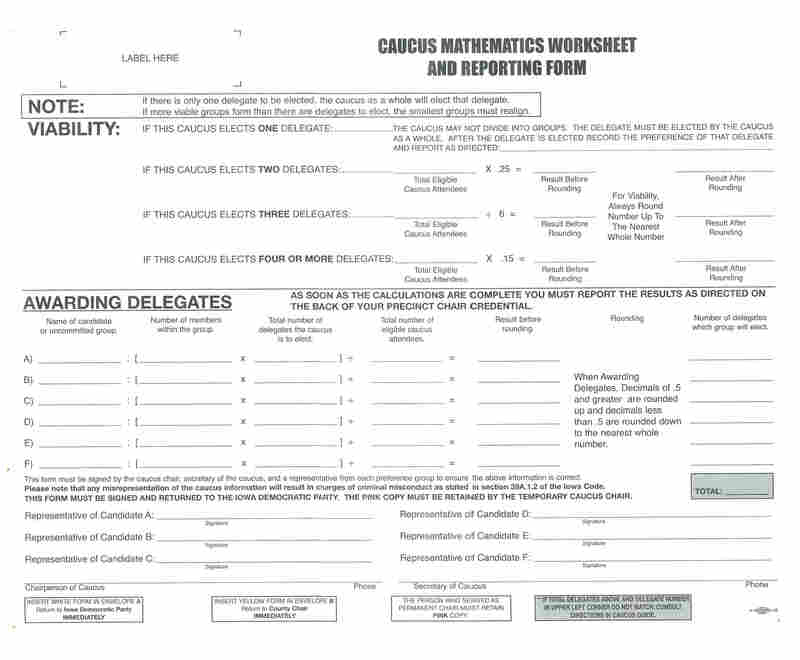 The official caucus math worksheet on the Democratic side that has been used in years past. Domenico Montanaro/NPR hide caption 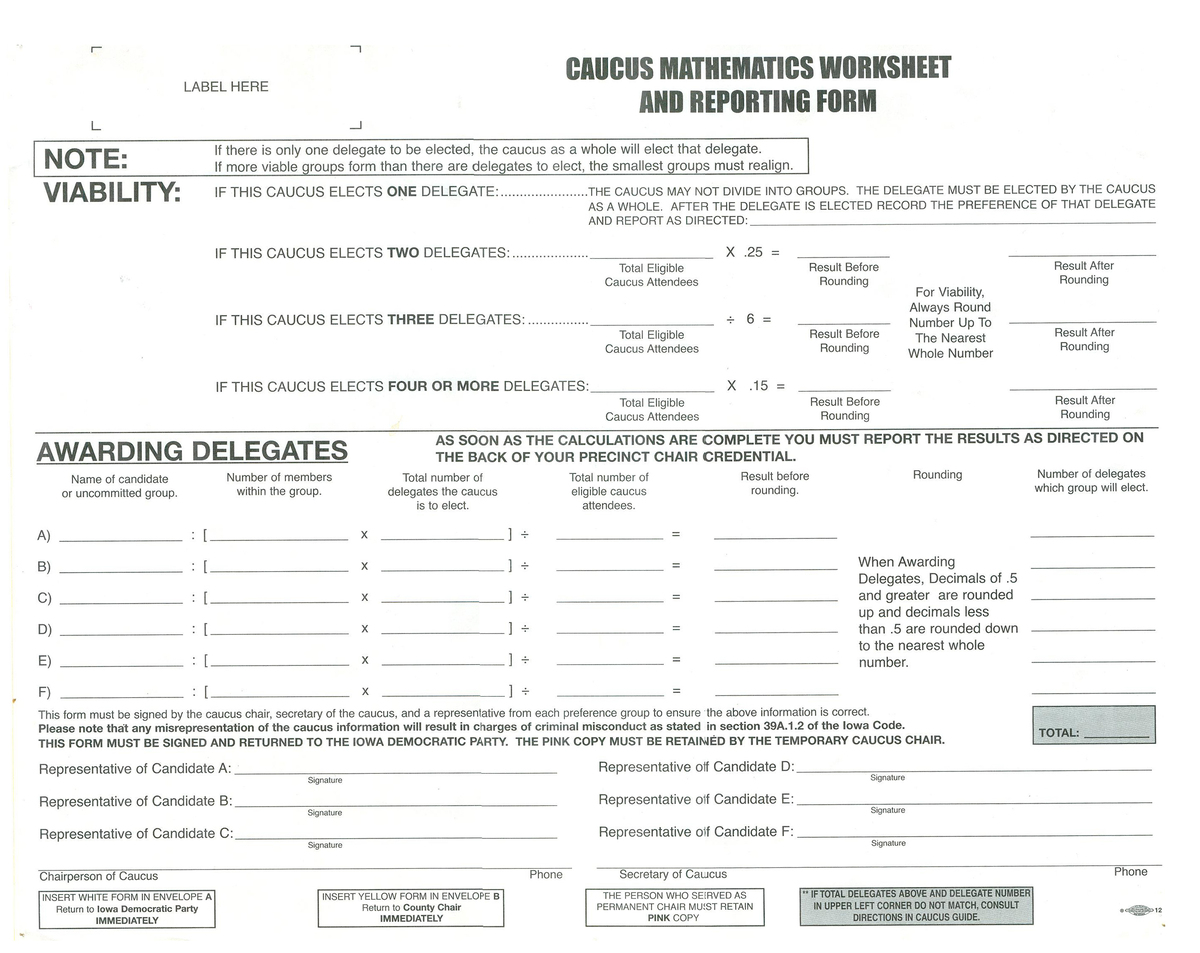 The official caucus math worksheet on the Democratic side that has been used in years past.

Democrats: 1,683 Democratic caucuses will be held at more than 1,000 locations. They start at 8 p.m. ET and can last an hour or more. There are 44 delegates to the national convention that can be won through this process, which takes months. None are assigned on caucus night. Note: Eight more unpledged party leaders and elected officials get to go straight to the national convention from Iowa. They don't have to go through the state's complicated delegate selection process — and they can vote for whichever candidate they want at the convention. Because of that power, they're colloquially referred to as "superdelegates."

For a quick explainer of what happens on the Democratic side (using Legos), check out this video from our friends at Vermont Public Radio:

Iowa's 52 total delegates to the national convention represent just a tiny fraction (about 2 percent) of the 2,382 delegates needed to become the Democratic nominee.

If it's such a small percentage, then why all the attention? This is all about momentum. For perspective on how vital these early contests can be, just one person in the past 40 years — on either side — has lost both Iowa and New Hampshire and gone on to be president: Bill Clinton.

You won't see actual raw vote totals or raw vote percentages on election night. To make matters even more confusing, when you see the reported percentages of who won and lost, what you're actually looking at are what's known as "state delegate equivalents." That's a complicated phrase for the number of delegates sent to the next round (to those county conventions) and tallied up with those worksheets/Microsoft app.

What does this mean in practice? It can give candidates whose vote share isn't concentrated in population centers an advantage. That's a potential problem for Vermont independent Bernie Sanders, who is drawing big crowds from college towns. It's why the Sanders campaign has encouraged those college kids to go back home and caucus to spread out the vote.

Republicans: GOP caucuses will be held at about 700 locations. They also start at 8 p.m. ET and last about an hour. Thirty delegates are at stake of the 1,236 needed to be the GOP nominee. 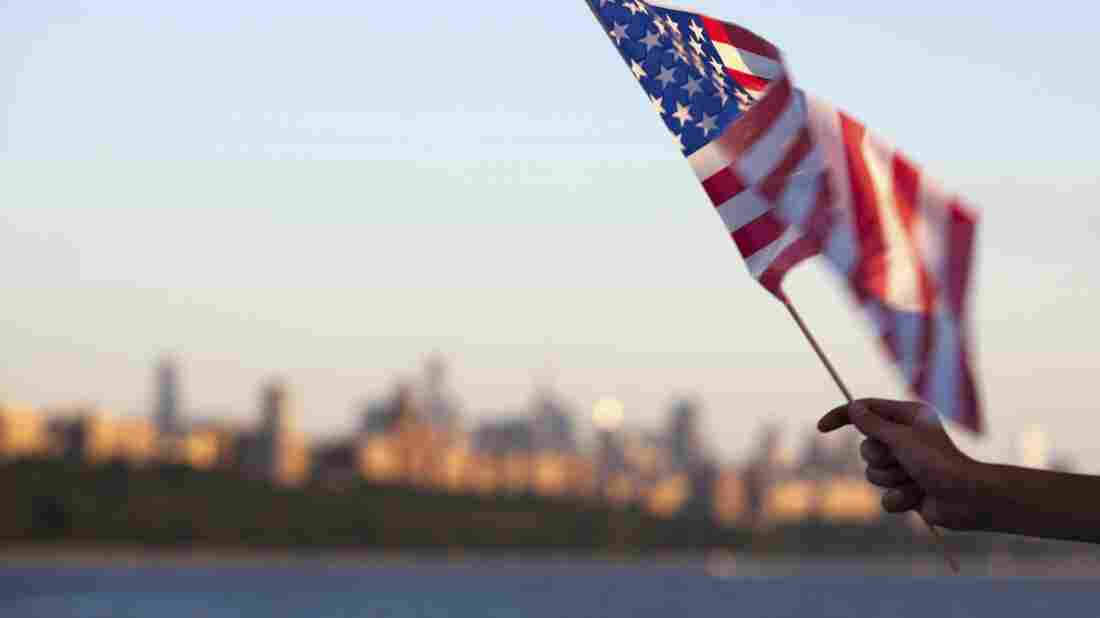 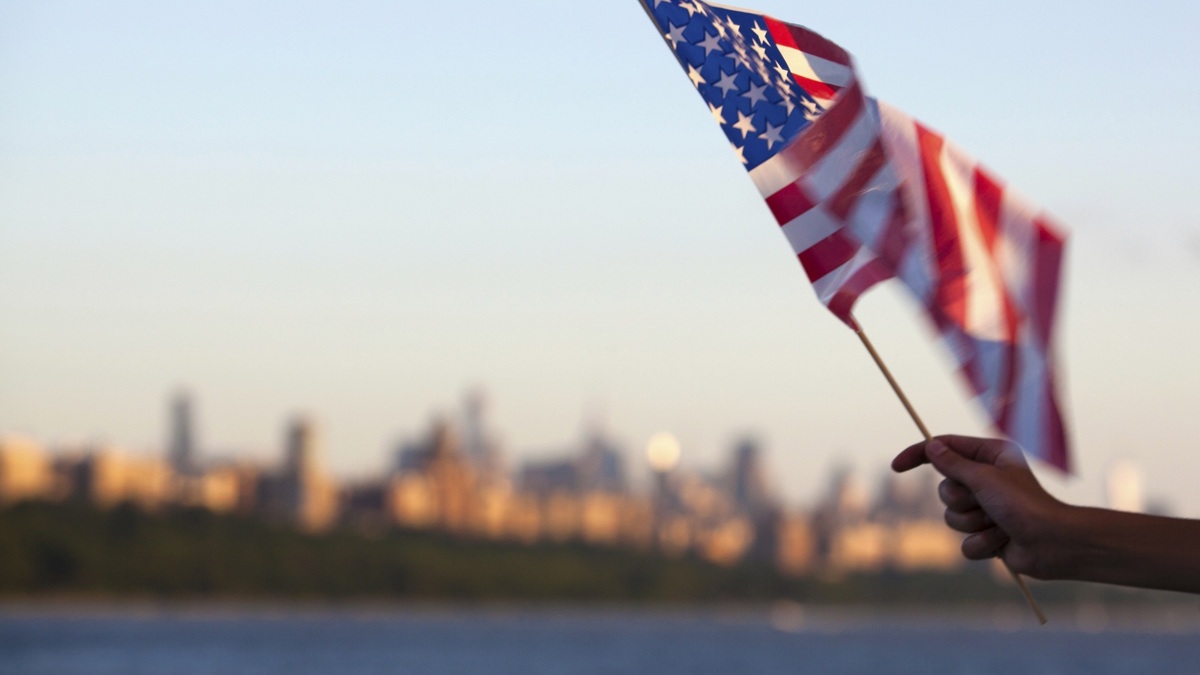 This year, just in time for the New Hampshire primary, NPR's political team has a gift for you: everything you need to know about the caucuses and this election season in one handy PDF.

Inside you'll find everything you need to get ready for Tuesday. Starting with: When are polls open? How many delegates are at stake? And what could turnout look like?

And remember on Tuesday, you can catch NPR's politics team on your local NPR station, at NPR.org and on Facebook and Twitter.

(New Hampshire section begins on pg. 30. You can also view the book below).

Written by Political Editor Domenico Montanaro and designed by Meg Kelly, with research from Barbara Sprunt.