Accessibility links
A Sampler Of Web Comics To Keep You Clicking Web comics have matured a lot in recent years. They're more confident and more willing to experiment with the medium. We've got a sampler of the most absorbing for your weekend reading pleasure. 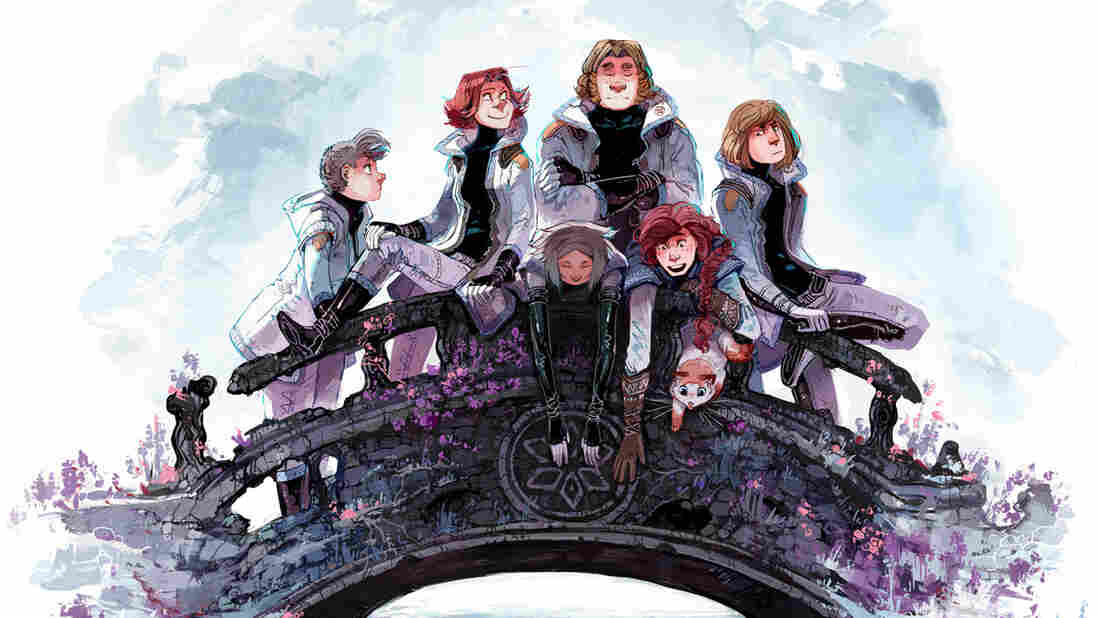 Minna Sundberg's Stand Still Stay Silent is a gorgeously-illustrated tale of life in and around a postapocalyptic Iceland. Minna Sundberg hide caption 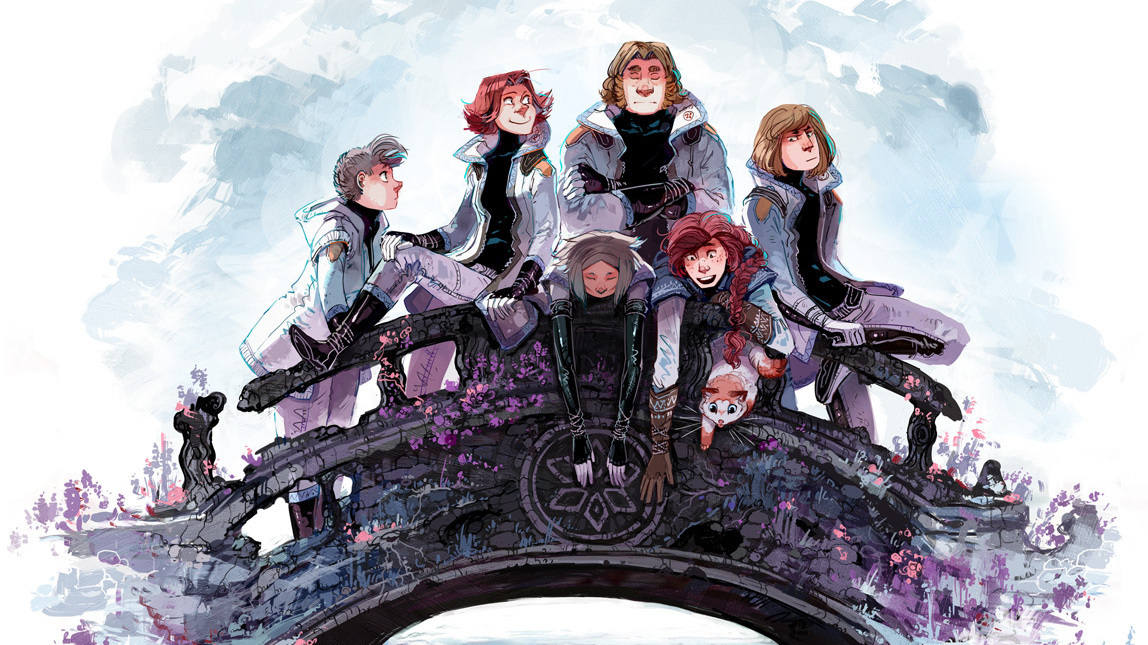 Minna Sundberg's Stand Still Stay Silent is a gorgeously-illustrated tale of life in and around a postapocalyptic Iceland.

Webcomics have matured a lot in recent years. Today's clickables aren't necessarily artistically superior to those created a decade ago, but they radiate a certain confidence and, in some cases, a more experimental vibe. That may be partly because fast connection speeds provide a more seamless reader experience, and partly because webcomics are somewhat more lucrative these days. Thanks to crowdfunding, more creators can afford to issue print editions or simply pay themselves for their time. The genre is also raising its profile: The Eisner, Harvey and Ignatz awards all have categories for digital comics, and there's even a wiki devoted to lambasting bad ones (warning: Content at that link is extremely NSFW). Here are three of the best of the current crop.

Stuart Campbell uses the Web in the most modern of ways, but the story he has to tell is both rosaic and heartbreaking. It's about the debilitating memory loss suffered by his Hungarian-born grandfather Ladislav Szoke, known as Jim. Visiting the old man while pondering his next project, Campbell resolved to try and capture what Jim was going through and document some of his life experiences. "He was ill, physically and mentally, but in between the bouts of psychosis he told many stories," Campbell explains. "I felt it important to pass these memories on."

He's done so in a way that pushes the webcomic form to the limit. As the reader scrolls, panels and words drift slowly down and across the screen to a perfectly synched audio track, gradually disappearing as they go. Once each panel has faded, it's gone — no scrollbacks. The melancholy device balances Campbell's goofy drawing style, which might at first seem unsuitable for the material. He likes to overexaggerate features and draw fantastical images, depicting his grandfather's mind as a rope that sometimes strangles him. In one memorable panel the rope wraps itself around Jim and tugs him back into memories of World War II.

Campbell notes that this comic may slowly disappear, just like his grandfather's memories. "In a few years ... browser[s will] be updated so many times that the story may not work anymore," he writes. Most people would rather focus on technology's power to preserve, whether through cloud storage or Wikipedia. By facing the fact that some things really can be lost forever, Campbell has shaped a fragile gem.

Failing Sky is a collection of contradictions. Dax Tran-Caffee's artwork is fleshy and romantic, mostly, but her approach to storytelling is decidedly avant-garde. Failing Sky tugs the reader in with plushly delineated forms, minimalist color schemes and creamy strokes of pencil and watercolor. Then it yanks the reader about — or the reader's eyeballs, anyway — with panels that extend beyond the edges of the screen into the imaginary space that artist Scott McCloud dubbed the Infinite Canvas. Tran-Caffee's panels also scroll in nontraditional ways — upward, perhaps, or right-to-left — seeming to taunt the reader, but really forcing necessary pauses. While figuring out where to go next, the reader has a moment to ponder the significance of the smallest occurrences.

That's helpful — or necessary, really — considering how hard it is to decide just what's going on. The intriguing characters live their lives at far different points in space and time, bouncing backwards and forwards in their personal narratives. The story even veers abruptly into manga-inflected fantasy. At the center is transgender Qiao, who seems to have a special affinity for the objects that link many of the other characters. It's hard to see a coherent story here, but the author's mastery of different styles and tones is still rather thrilling. The characters' vibrancy and deep feeling, communicated with supreme economy, make Failing Sky a fascinating piece despite the many threads left dangling.

It's only been out a little more than two years, but Minna Sundberg's Stand Still Stay Silent already feels like an institution. It's got its own wiki, and an Indiegogo crowdfunding campaign to publish a book (now sold out) earned almost $125,000. Cash pile or no, though, it's Sundberg's deft artwork that gives this Nordic epic its aura of inevitability. Her style isn't unique, and it certainly isn't experimental, but it's perfectly assured. With their wide eyes and briskly sketched forms, her characters are immediately situated in a comfortable cartoony world. Her operatic full-screen compositions and intricate maps, meanwhile, are less comfortable. They're rather awe-inspiring, and not just because they depict the aftermath of an apocalyptic plague that appears to have killed off nearly all of humanity.

The juxtaposition of this horrifying past with the characters' good-hearted goofiness is continually intriguing. Stand Still's characters grew up in the Known World, consisting of Iceland and small parts of Norway, Sweden, Denmark and Finland, about a century after the plague. They're members of a special crew dispatched to explore the Silent World, a vast unknown zone that's solid black on the maps. This area is continually encroaching on fragile civilization in the form of infected creatures: beasts, trolls and giants. Humans, too, have taken on intriguing new characteristics, such as magic powers. And cats have really come into their own; they're now trained by the military to detect infection. Once you're a convert — and you'll probably become one immediately — check out Sundberg's earlier "practice comic," the luminous A Redtail's Dream.