Accessibility links
Vân-Ánh Võ's 'The Odyssey' Tells Refugee Stories Past And Present Võ's music blends Vietnamese and Western traditions. Her new multimedia stage work was inspired by people who fled Vietnam in 1979, as well as those fleeing wars today in Syria and Iraq. 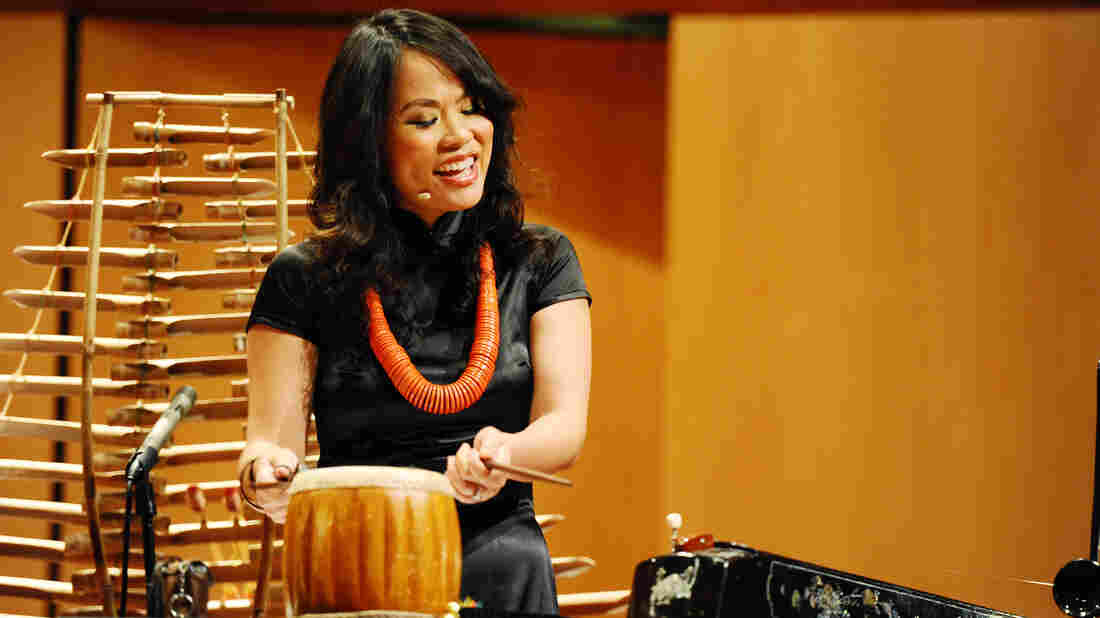 Vân-Ánh Võ was inspired by the plight of refugees to create a concert piece called The Odyssey: From Vietnam to America." Courtesy of Yerba Buena Center for the Arts hide caption

toggle caption
Courtesy of Yerba Buena Center for the Arts 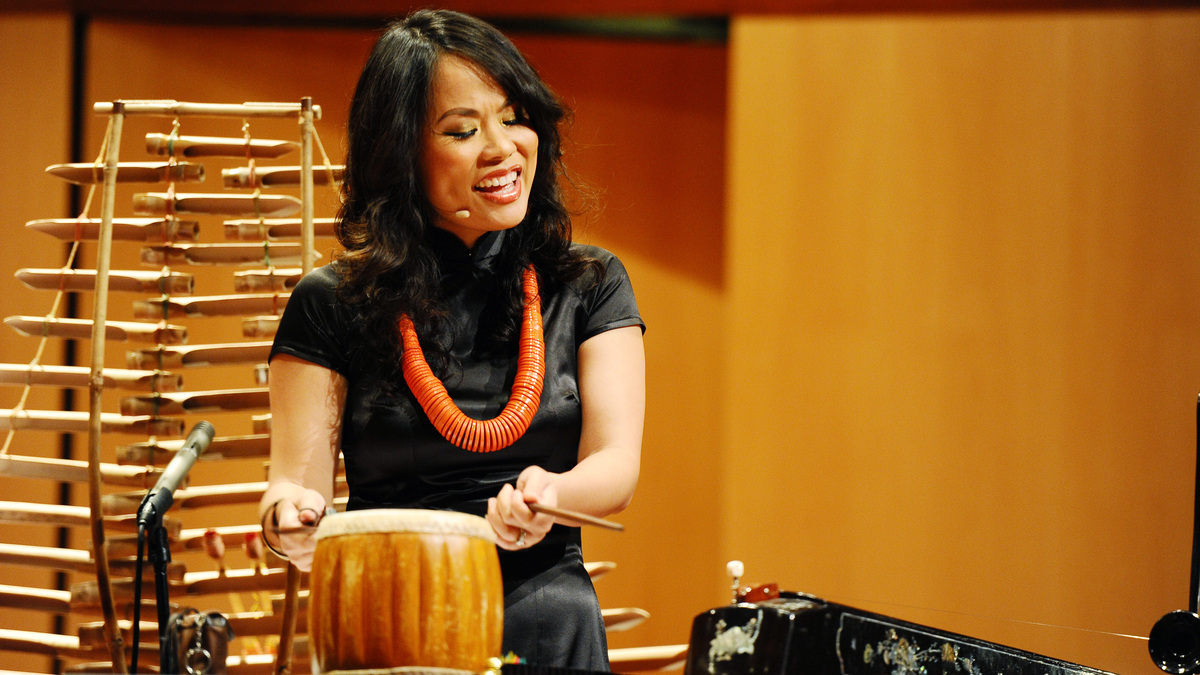 Vân-Ánh Võ was inspired by the plight of refugees to create a concert piece called The Odyssey: From Vietnam to America."

Courtesy of Yerba Buena Center for the Arts

Hundreds of thousands of refugees fleeing their country by boat. That's Syria today. It's also Vietnam in 1979.

Vân-Ánh Võ left Vietnam more than a decade after that, and under far different circumstances: She was already an award-winning musician, bound for Carnegie Hall. But the plight of her countrymen, and that of today's refugees, has inspired her to create a new concert piece that will be touring the country.

Võ grew up in Hanoi, living with the legacy of the Vietnam war. Her family's washbasin was an old artillery shell. Her school bell was a piece of an American B-52 bomber; she says her teacher would bang on it to signal recess.

Võ left her homeland in 1995, after the United States normalized relations with Vietnam. She wound up in Fremont, Calif., near the large Vietnamese American community in San Jose.

"After having food, after having fun, we all end up talking how we came here," she says of her friends.

Võ learned that many of her friends in the United States were "boat people." When the war ended, ethnic hostilities forced hundreds of thousands of Vietnamese, most of Chinese descent, to flee on overcrowded boats. Many died on the South China Sea.

The more she heard about their stories, she says, the more she wanted to share them — especially after the news turned to people fleeing Syria in boats.

So Võ has written The Odyssey: From Vietnam to America," a 40-minute multimedia piece about the boat people.

Võ's father played guitar in the North Vietnamese army during the war. Võ herself has won awards for her skill with traditional instruments, like the single-stringed dan bau, the bamboo xylophone, and especially the Vietnamese zither, the dan tranh.

"That's the power and my luck and my fortune," she says, "of learning traditional music."

Since arriving in the United States, Võ has made strong musical connections. She has performed and recorded with Kronos Quartet and toured the country playing and singing her own compositions, which blend Vietnamese and Western traditions.

When she was ready to tell the story of the Vietnamese boat people, Võ didn't feel comfortable going to her friends. So she approached Asian-Americans for Community Involvement in nearby Santa Clara. The organization was founded in 1979 to help Vietnamese refugees; president Michele Lew says the group doesn't usually work with artists, but that storytelling can be helpful.

"We have found that storytelling ... is a powerful hook to talk about health and wellness issues, such as the refugee experience," she says.

Lew's organization helped Võ connect with almost 60 boat people, whom the musician then interviewed. She weaves audio and video from her conversations with them into The Odyssey.

During the performance, a video screen shows what could be the sail of a boat, plus Võ's group: Japanese taiko drum, electric cello, accordion, and Võ singing and playing traditional instruments. The aim is to re-create the journey of the boat people, including the sound of the ocean carrying them from Vietnam.

One person Võ interviewed for The Odyssey is software engineer Mai Bui. Sitting in the living room of her Bay Area home, Bui recalls how she and her brother spent days on a crowded boat, without food or water, until a Thai merchant ship towed them into Bangkok. They ran at night to avoid pirates.

"The ocean sound is really romantic," she says, "but at that time, it's scary." She says she still cannot look at the ocean at night without thinking of her journey.

This isn't the only memory of the Vietnam War that Võ is addressing through music this year. She's performing a new work called My Lai, by Jonathan Berger, with Kronos Quartet. She's also taking The Odyssey on the road for performances in places with large Vietnamese-American populations, including Washington, D.C., southern California's Orange County, and Houston, Texas.

Võ says The Odyssey is a plea on behalf of all refugees, and against the wars that divide us.