Accessibility links
How Predictive Are Iowa And New Hampshire? The two early states suck up a lot of the attention, but their track records at picking presidents are spotty at best. That doesn't mean they don't matter, though. 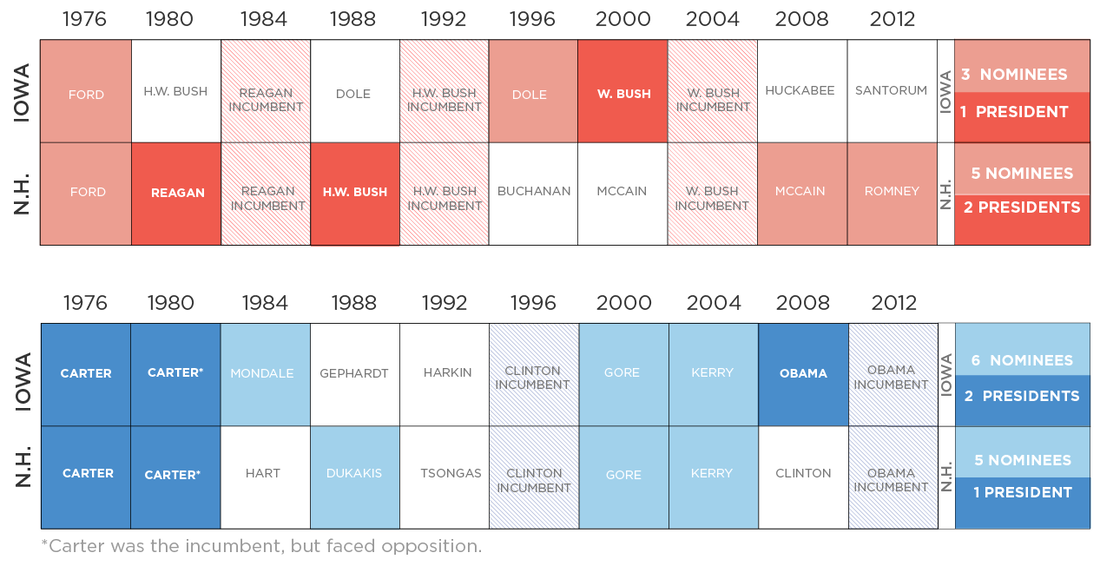 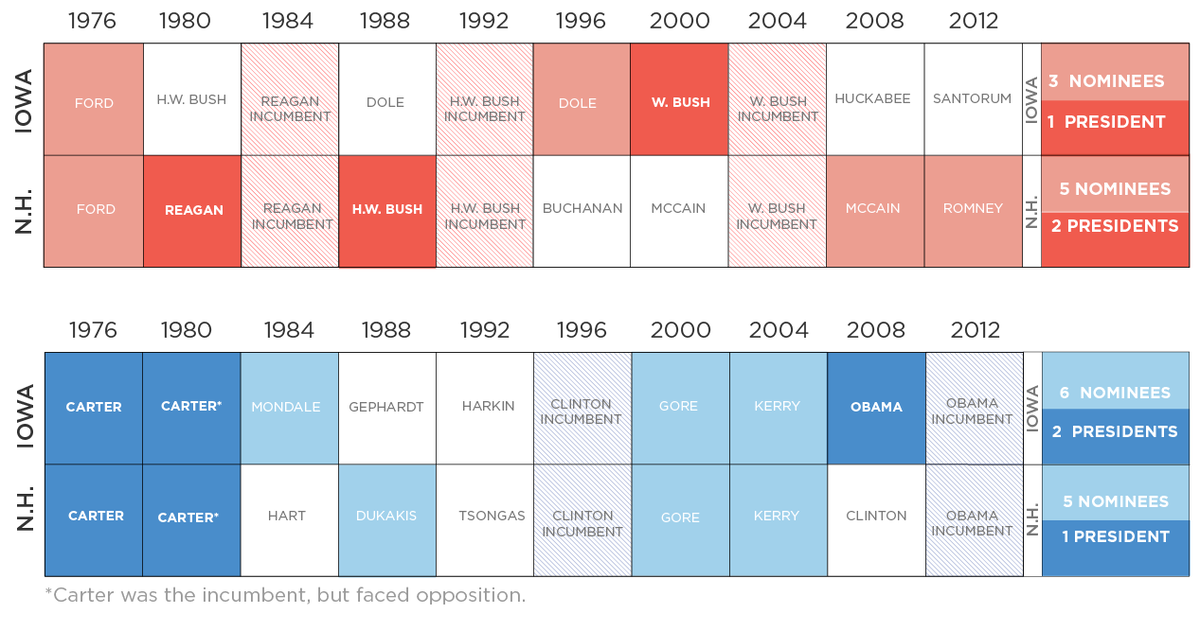 Iowa and New Hampshire get a lot of attention, but their records in picking presidents, let alone nominees, is spotty (as you can see from the chart above). But that doesn't mean the states don't matter. They have been effective at weeding the field of candidates, and they're about momentum for those later states.

Plus, in the last 40 years, just one person has gone on to win the presidency after losing both Iowa and New Hampshire — Bill Clinton.

Here's how the predictability of the states breaks down by party: 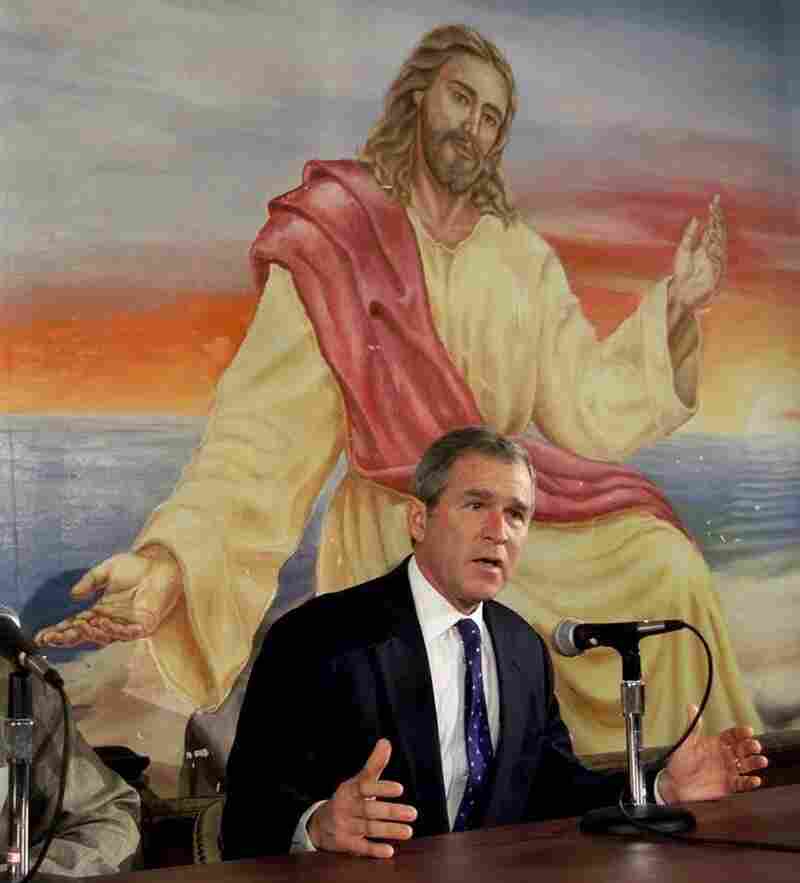 Then-Texas Gov. George W. Bush speaks in front of a painting of Jesus Christ during a campaign stop in Colfax, Iowa in 2000. Bush is the only Republican to win Iowa since 1976 and become president. Eric Draper/AP hide caption

New Hampshire has been better at picking nominees for Republicans. Since 1976:

Iowa, on the other hand, has picked:

Here's the thing, though: No Republican has become the nominee in the last 40 years without winning either Iowa or New Hampshire. 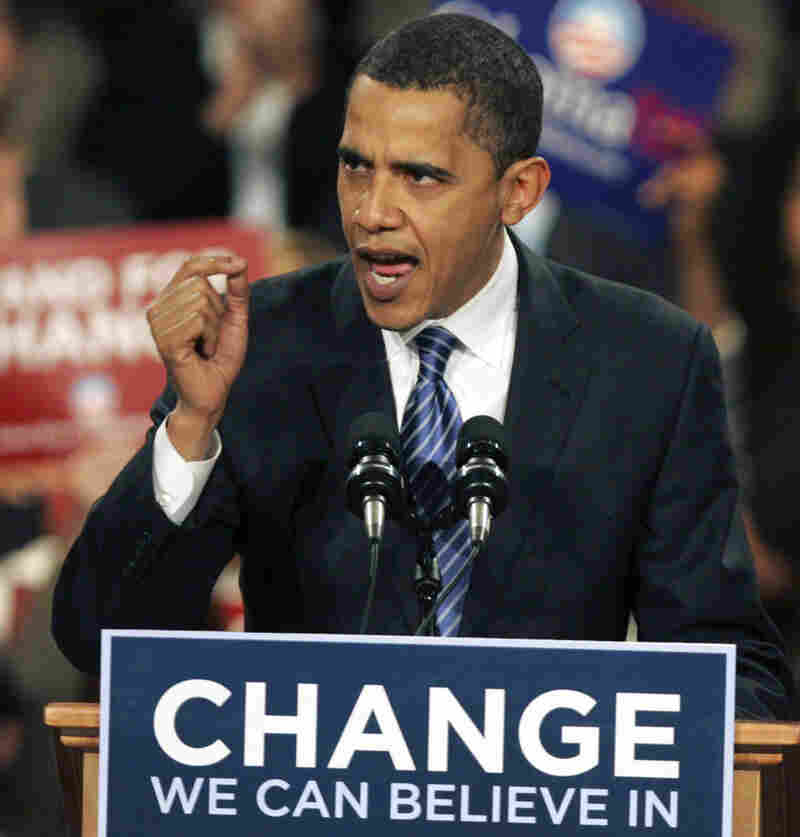 Iowa was a launching pad, like nowhere else for Barack Obama in 2008. Rick Bowmer/AP hide caption

Iowa has been slightly better than New Hampshire at picking nominees on Democratic side. In fact, since 1976:

-- Five nominees over that same time ... 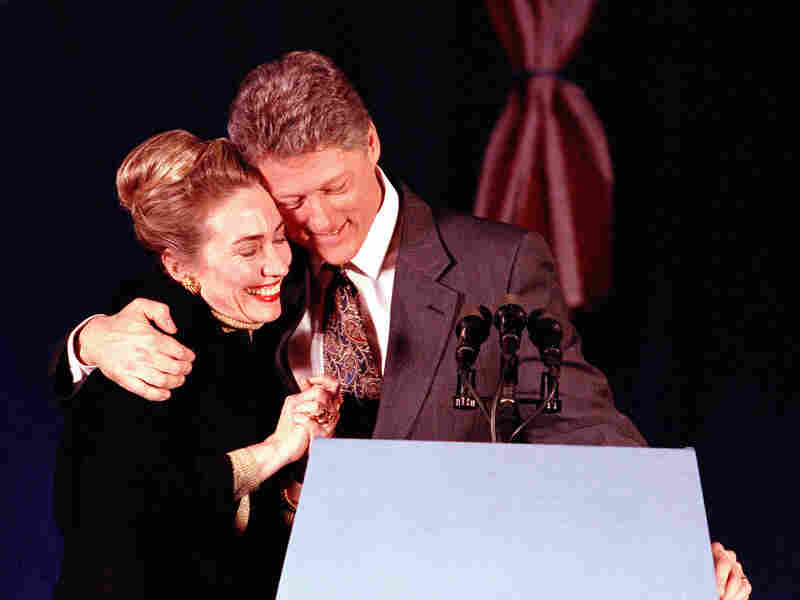 Bill Clinton hugs his wife Hillary at his election night party in New Hampshire in 1992. Clinton finished second, but after an even worse showing in Iowa, he declared himself the "comeback kid." Ron Frehm/AP hide caption 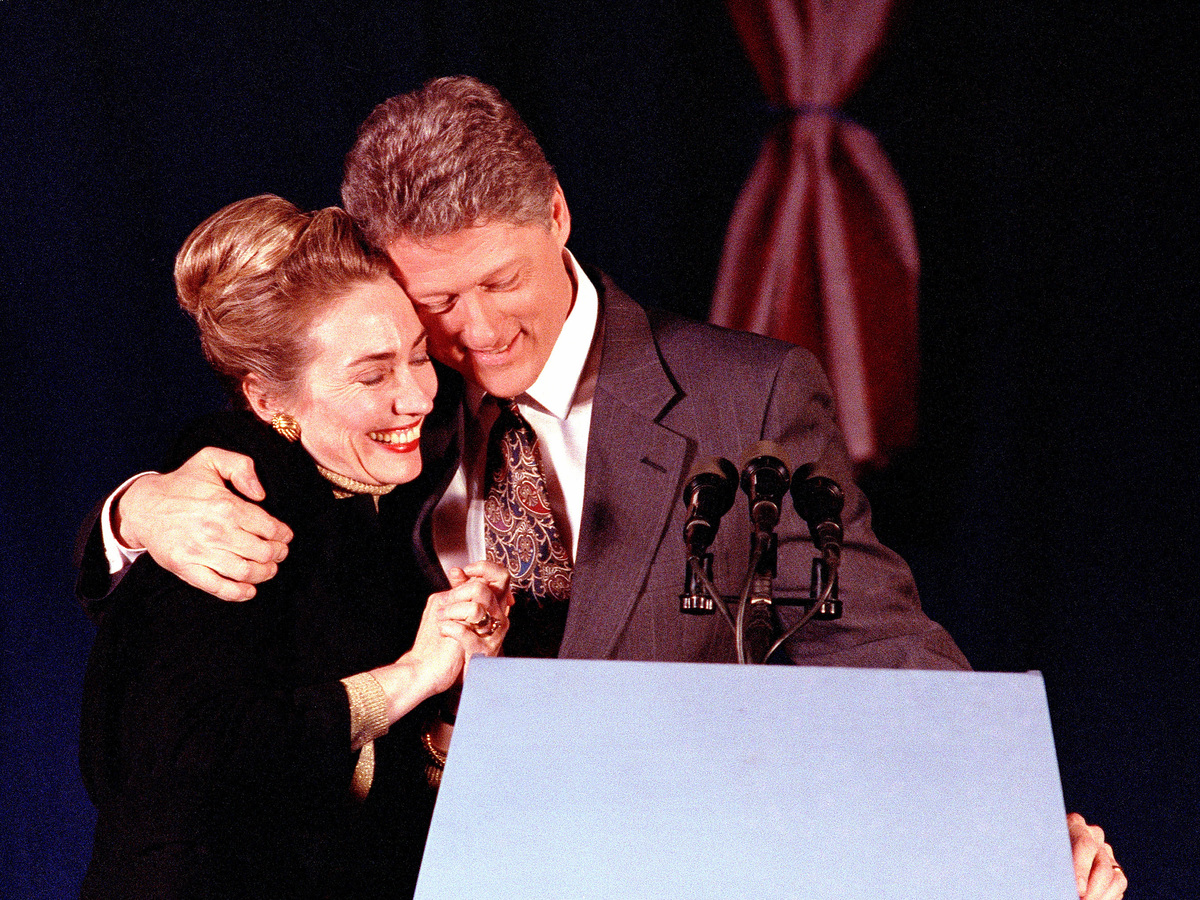 Bill Clinton hugs his wife Hillary at his election night party in New Hampshire in 1992. Clinton finished second, but after an even worse showing in Iowa, he declared himself the "comeback kid."

-- Bill Clinton, George H.W. Bush and Ronald Reagan all lost Iowa but went on to win the presidency.

-- Bill Clinton didn't win either Iowa or New Hampshire in 1992, but was still declared "The Comeback Kid" after his second-place finish in the New Hampshire.

-- The person who led the longest in Iowa in the crowded Republican field in 2015, according to the RealClearPolitics average of polls, was ... Wisconsin Gov. Scott Walker. He led for six months, from February to August, before dropping out of the race after a series of missteps.

-- If Donald Trump wins both Iowa and New Hampshire, it would be the first time a non-incumbent Republican has done so in 40 years.

In an earlier version of this story, the chart showed a blue square for Clinton in New Hampshire in 2008, incorrectly representing that she had won the Democratic nomination that year.