Accessibility links
Book Review: 'Sweetgirl,' By Travis Mulhauser A story about violence, drug addiction and family dysfunction could have been too bleak, but Travis Mulhauser's Sweetgirl is nuanced, with sympathetic characters and carefully built suspense.

A Blizzard, Meth And A Missing Mom Make 'Sweetgirl' A Harrowing Read

A Blizzard, Meth And A Missing Mom Make 'Sweetgirl' A Harrowing Read 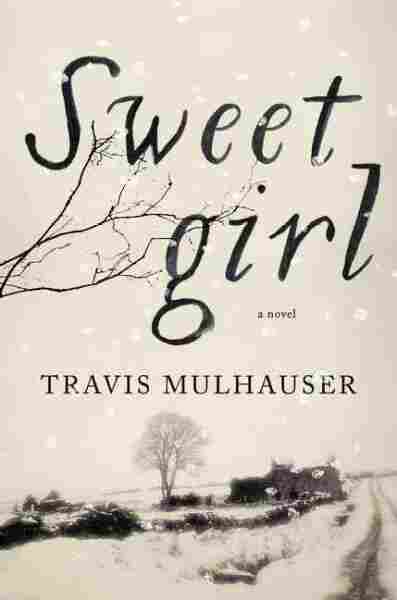 It's the dead of winter in a small town in northern Michigan, and Carletta James is missing. Again. Her 16-year old daughter, Percy, isn't exactly surprised — it's not unusual for Carletta, a meth addict, to disappear for stretches of time, strung out and unconscious somewhere. But Percy's more worried than usual this time; there's a winter storm on the horizon that's threatening to bury Cutler County under a blanket of snow. "I missed her and I was tired of my waiting-around, worried-sick life," Percy thinks. "Carletta had to be got."

That's the setup for Sweetgirl, the electrifying debut novel from author Travis Mulhauser. Set in a fictional town not far from Mulhauser's home city of Petoskey, Mulhauser's book chronicles Percy's desperate search for the mother whose drug dependency keeps threatening to destroy her family.

Percy's trek is, of course, not easy. After a friend tells her he saw Carletta at the house of Shelton Potter, a meth dealer and ex-convict with a countywide reputation for a hot temper. Percy braves the weather to drive to Shelton's house, but it turns out she's not there — the cabin contains only Shelton and his girlfriend, both passed out, a dead dog, and a crying baby in a bassinet marked "Baby Jenna."

Afraid for the little girl's life, Percy grabs Jenna and makes a run for it, heading to the shed of Portis Dale, a rough-hewn alcoholic family friend who used to date Carletta. Portis isn't exactly happy to see the baby at first, but he quickly relents: "'Generally,' [Portis] said, 'I find most babies tip toward the ugly side. Most of them look like Winston Churchill, if you want to know the truth. But this one here is cute as a button.'"

It's not long before Shelton wakes up, however, and discovers the missing child. The rest of Sweetgirl follows him as he tries to recover Jenna with the help of his low-life friends. It's a kind of cat-and-mouse game, with the added drama of the blizzard that unrelentingly batters the county. ("And that's the problem with the winter in Cutler County," Percy muses, "it's not so much the cold, it's the fact that at some point the ass kicking feels personal.")

Sweetgirl works on so many levels, it's difficult to know how to classify it. As a thriller, it's pretty much perfect; Mulhauser doesn't waste a single word, and the novel is calculated down to the sentence. He builds suspense expertly, and the action scenes are (at one point, quite literally) explosive.

But there's so much more going on. Mulhauser treats his characters with a stunning sense of compassion — even Shelton, the brutal meth dealer who once beat a man nearly to death, gets something like sympathy. Shelton is a drug addict mourning the loss of his dog, and Mulhauser treats his dependency realistically, refusing to cast him simply as a cartoonish villain: "He had what they would refer to in the scientific community as a compulsion, though the word didn't quite capture the feeling's significance or strange, sudden power. The way it seemingly arose from nowhere, like a natural disaster or an apocalypse."

His other characters are drawn beautifully, with both earnestness and humor. Percy explains that she's regarded "around town as a tomboy, which is what they call you in Cutler when you don't wear makeup but are also not a lesbian." Her relationship with Portis (perhaps a shout-out to author Charles Portis, whose True Grit seems to have been an inspiration for Mulhauser) is sweet and hilarious, and features some of the funniest dialogue in the novel. ("You used to be a sweet little girl, with ribbons in her hair," Portis complains at one point to Percy. "You used to be uncorrupted by feministic aggressions.")

And as harrowing as the novel can be — there's a scene involving frostbite that might well make you stay indoors all winter long — Mulhauser isn't afraid to add lighter touches, mostly through his excellent dialogue, which always feels true to life. At one point, a criminal complains to his friend: "Well, you know how it is in the media when it comes to meth. They're biased on it."

Mixing humor and tragedy is always a difficult balancing act, particularly in a novel dealing with drug addiction, broken families and violence, and the fact that Mulhauser pulls it off so brilliantly in a debut novel is something like a miracle. Sweetgirl is hilarious, heartbreaking and true, a major accomplishment from an author who looks certain to have an impressive career ahead of him.