Accessibility links
Florida Supreme Court To Decide Whether Executions Can Go Forward Florida's highest court will hear a case that may determine the fate of some 390 death row inmates. The case comes after the U.S. Supreme Court struck down the state's death sentencing system. 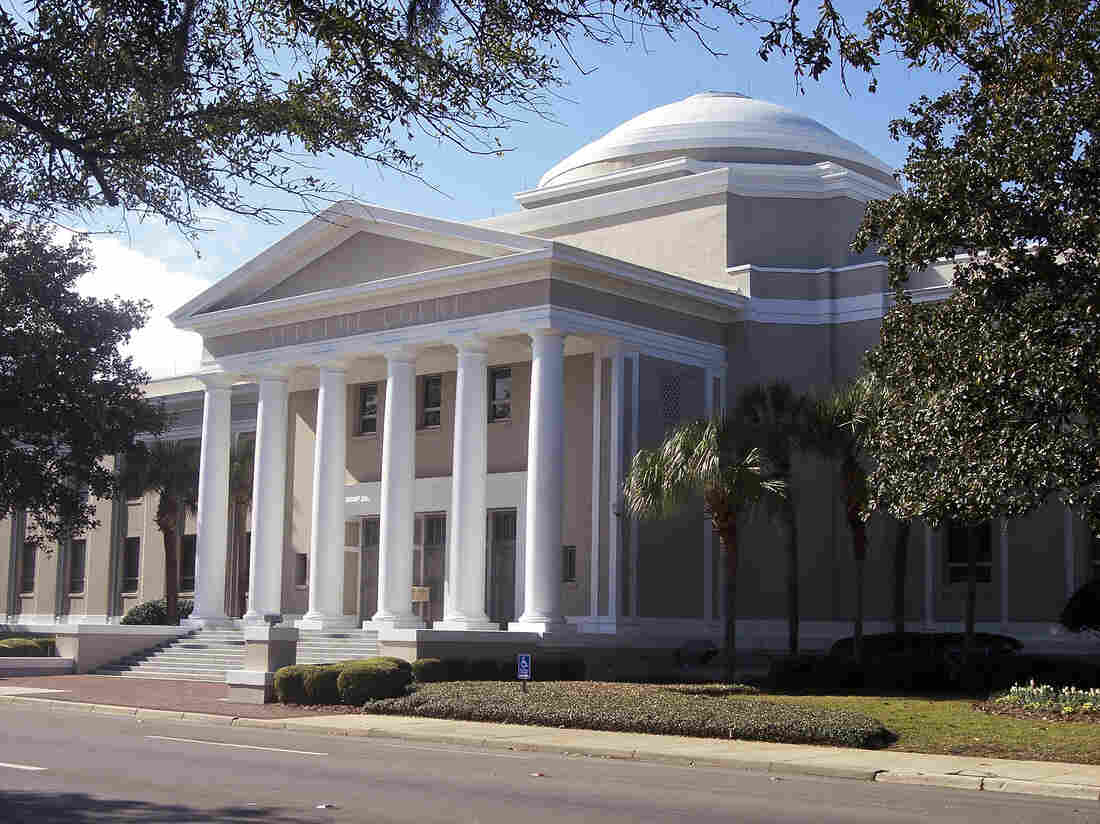 The Florida Supreme Court in Tallahassee, shown here in 2007, must decide whether executions can move ahead as planned. Jon V/Flickr hide caption 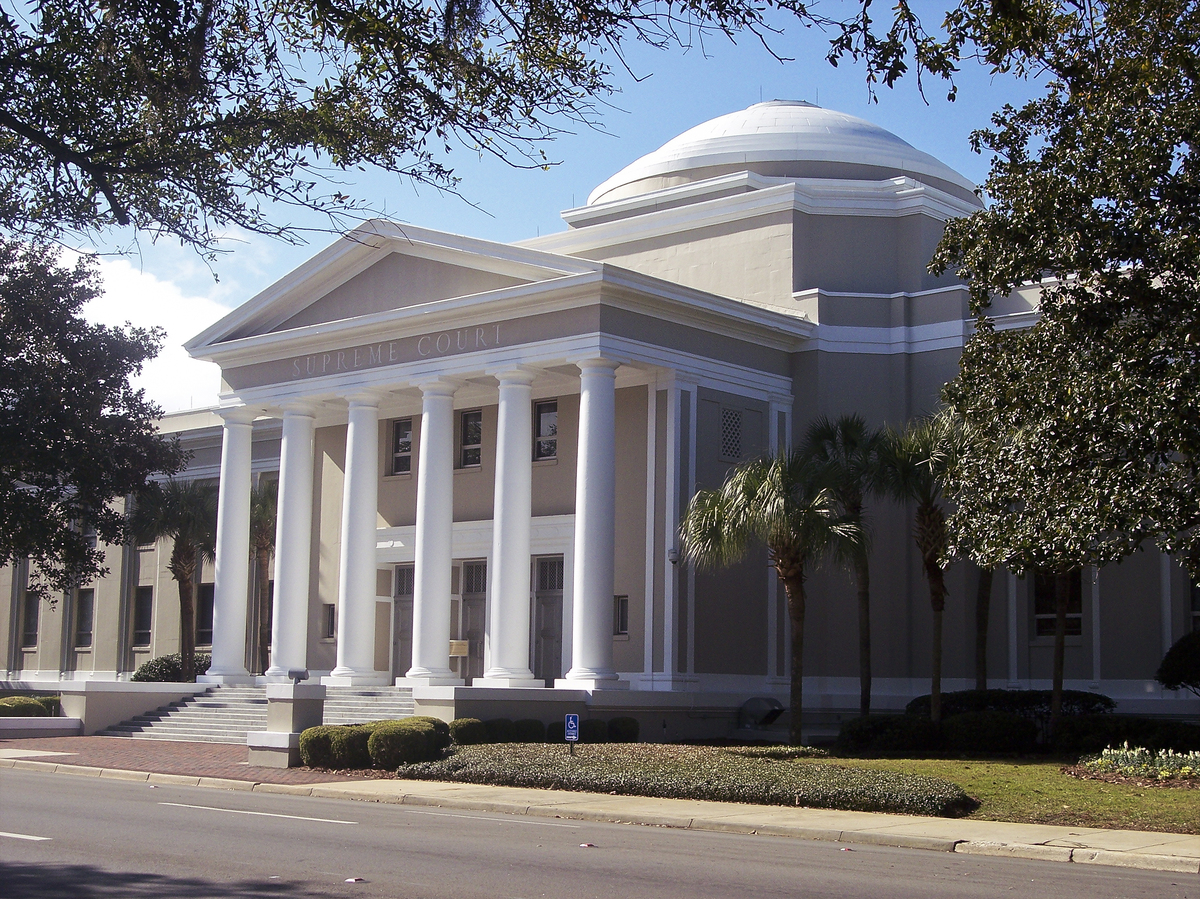 The Florida Supreme Court in Tallahassee, shown here in 2007, must decide whether executions can move ahead as planned.

Florida's highest court on Tuesday will hear a case that may determine the fate of some 390 people on the state's death row. Last month, the U.S. Supreme Court ruled Florida's system for imposing the death penalty is unconstitutional.

Florida has an execution set for next week. The state's highest court now must decide whether it can go forward.

The case involves Cary Michael Lambrix, who killed Clarence Moore Jr. and Aleisha Bryant in 1983 after inviting them back to his trailer for dinner in a rural part of central Florida. By a 10-2 vote in one murder and an 8-4 vote in the other, a jury recommended that Lambrix receive the death penalty. The judge imposed the sentence.

After a series of appeals and a request for clemency were denied, Lambrix was scheduled for execution on Feb. 11. But a decision last month by the U.S. Supreme Court, Hurst v. Florida, now puts that in doubt. In Florida, juries can only recommend, not impose, the death sentence. The court ruled that violates the 6th Amendment right to trial by jury. That leaves a big question.

"Who gets the benefit of the ruling?" asks Martin McClain, a defense lawyer who will be arguing Lambrix's case before Florida's highest court.

The key question the justices will have to decide is whether the U.S. Supreme Court's Hurst decision should be applied retroactively to Lambrix and to the other 389 people currently on Florida's death row.

All of those sentences were imposed in a way that's now deemed unconstitutional. McLain says there's a precedent Florida's Supreme Court will have to consider. It's what happened in 1972, after the U.S. Supreme Court's Furman decision, which found the death penalty unconstitutional nationwide. That decision led to a moratorium on executions whiles states rewrote their laws on capital punishment.

The state says Lambrix's execution should go ahead next week on schedule, and the sentences of the other 389 people on death row should remain intact.

O.H. Eaton, a retired circuit judge in Florida who's an expert on the death penalty nationwide, says it's entirely possible Florida's highest court will find the Hurst ruling does not apply to those on death row. But if the ruling is applied retroactively, Eaton says it's unlikely the court will order new sentencing hearings for 390 people.

"Because a lot of these cases are very old," Eaton says. "So I would suspect if there is going to be retroactive application, it's going to be reducing cases from death to life in prison."

There's another group of people directly affected by the U.S. Supreme Court ruling. Those are people in Florida currently charged with crimes eligible for the death penalty. Eaton says he understands there are more than 40 cases like that currently.

"The death penalty at this time does not exist in Florida. All of those cases in the pipeline are going to end up being reversed and life sentences are going to be imposed on them," he says.

Florida's highest court has to determine exactly how Hurst applies to inmates and defendants currently in the system. At the same time, the state Legislature is tackling a thorny issue — how to fix Florida's death penalty statute. Greg Evers, the chairman of the state's Senate Criminal Justice Committee, has started hearings and says he's confident the Legislature will rewrite the law this session and retain the death penalty.