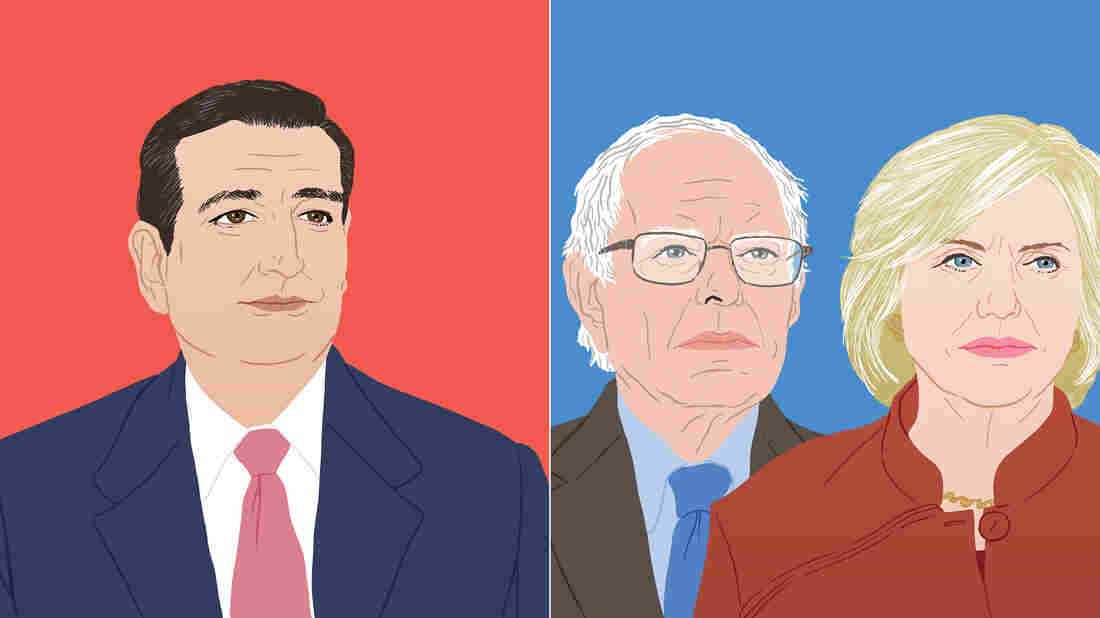 Hillary Clinton won the Iowa Democratic caucuses, according to data from the Iowa Democratic Party. The Associated Press called the race for Clinton shortly after 1 p.m. ET Tuesday. Based on the results of Monday's caucuses, the state party said Clinton received 699.57 state delegate equivalents; Sanders, 695.49.

There are currently 2.28 outstanding, not enough for Sanders to make up the difference. There is no mechanism for a recount.

On the GOP side, Cruz drew 27 percent in a tight three-way race. Donald Trump pulled in 24 percent and Florida Sen. Marco Rubio drew 23 percent, above where he had been polling going in. None of the other nine major Republican candidates on the ballot cracked the 10 percent. 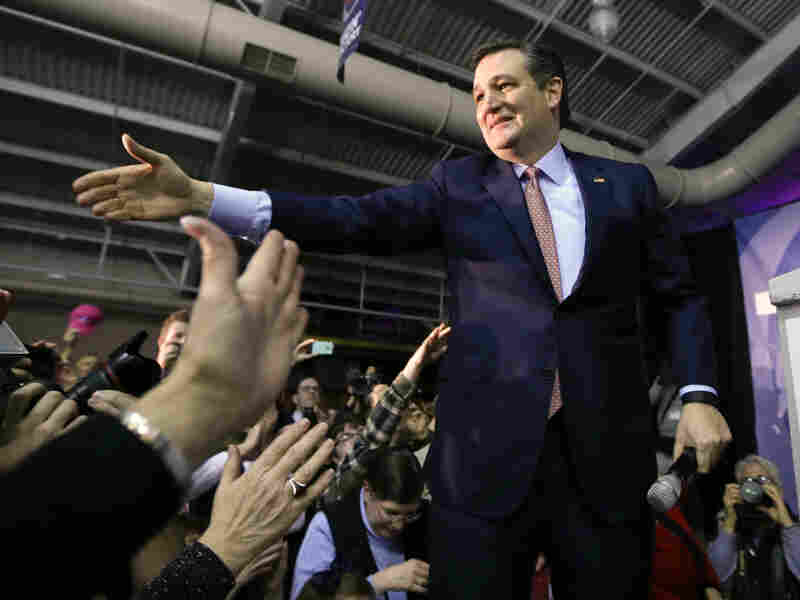 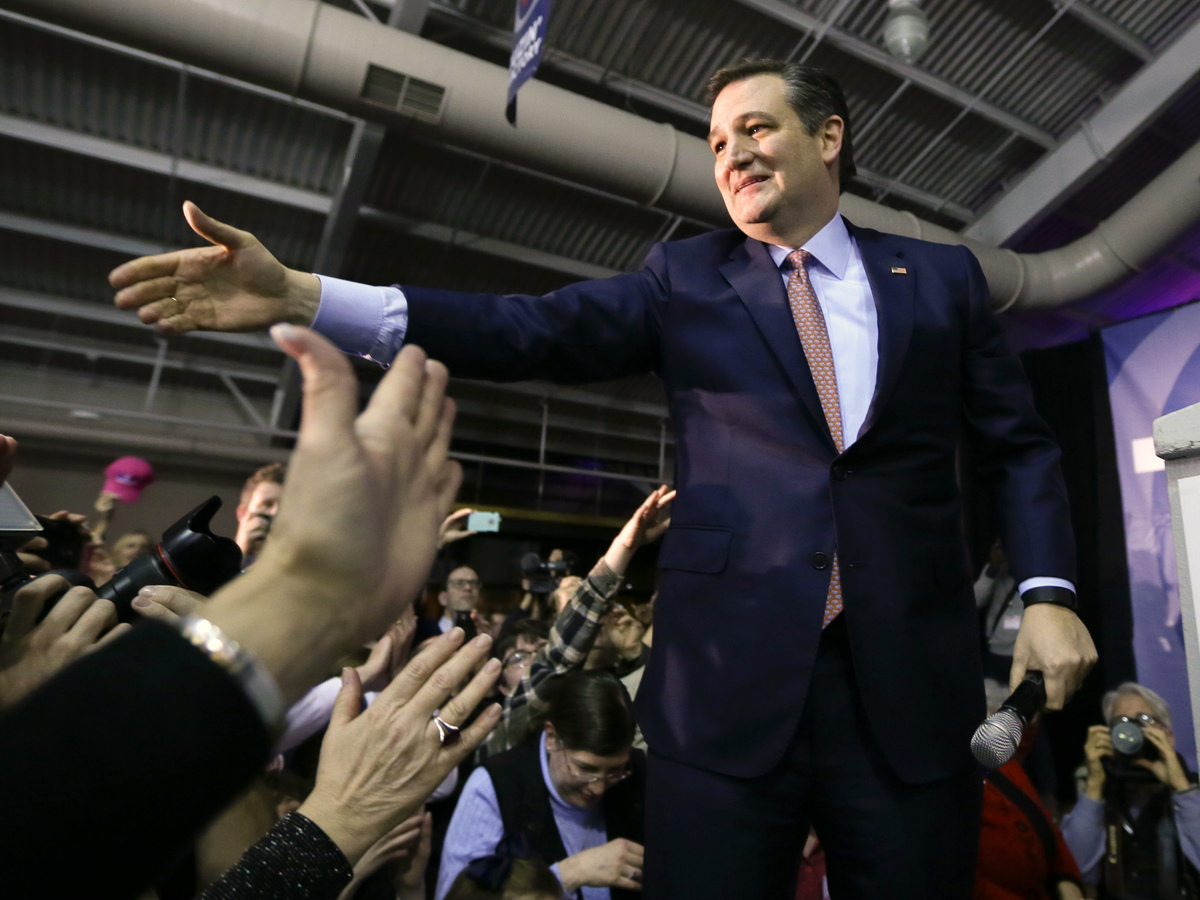 "Tonight is a victory for courageous conservatives across Iowa and across this great nation," said Cruz, who built a coalition between evangelical and Tea Party voters, at a victory party in Des Moines.

The results on the Democratic side were even closer, with Clinton and Sanders almost evenly matched. At 12:35 a.m. ET, Clinton held just a four-delegate advantage over Sanders. (Iowa Democrats don't record raw-vote totals and instead award "state delegate equivalents" to candidates based on support candidates receive at precinct caucuses.)

Clinton, who spoke to her crowd in the middle of Cruz's victory speech, said she was breathing a "sigh of relief." Clinton also described herself as "a progressive who gets things done for people." It was a clear attempt to appeal to the energy and enthusiasm of Sanders' liberal supporters.

Sanders, who started the race as a virtual unknown nationally — and now regularly draws thousands to his events — spoke moments later, saying, "While the results are not known, it looks like we are in a virtual tie."

There were surprises for both parties in the outcome. Polls had shown a consistent lead for Trump in the Republican race ahead of caucusing, but he ultimately fell 6,000 votes short of victory. Trump had dominated the polls for months, and despite never running a major political campaign, the real estate developer and reality TV star has driven several experienced politicians from the race.

A chastened Trump conceded to Cruz but vowed to wage a vigorous campaign in the other early states of New Hampshire, South Carolina and beyond.

"We will go on to get the Republican nomination," Trump said, "to beat Hillary or Bernie or whoever the hell they throw up there."

Interest in the race was high on the Republican side — more than 186,000 Republicans caucused, far exceeding the previous record of 122,000 from four years ago.

Rubio's strong performance sets him up well for next week's New Hampshire primary, where he will seek to consolidate support among so-called Republican establishment voters.

"For months they said we had no chance," Rubio said, "because my hair wasn't gray enough, and my boots were too high. But tonight, tonight here in Iowa, the people of this great state have sent a very clear message."

The Iowa caucuses also played their traditional winnowing role in the presidential contest. Before full results were even in, two former governors, Democrat Martin O'Malley of Maryland and Republican Mike Huckabee of Arkansas, suspended their campaigns after poor showings.