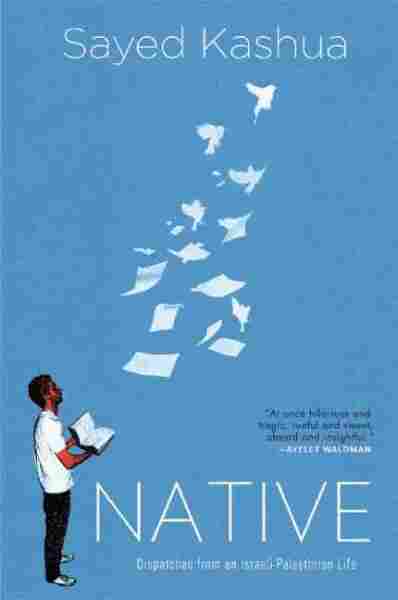 Dispatches from an Israeli-Palestinian Life

by Sayed Kashua and Ralph Mandel

There are a thousand chapters in Sayed Kashua's new book, Native. A thousand of them (that might be an exaggeration), but my favorite one is called "Anti-Hero" and it begins like this:

"We have to leave the country," I informed my wife as I went over the final proofs. "We won't be able to stay here after this book is published."

"Don't exaggerate," my wife said. "You're not the only one — there are a lot of bad writers and none of them is thinking about escaping from the country because of another embarrassing book."

"No, it's not that,' I tried to explain. 'The problem is the characters in the book."

"What, are you trying to tell me that this time you managed to use your imagination and create a character who isn't me?"

The book (kind of a novel and kind of a memoir, but also neither of those things) is a collection of the satirical columns that Kashua wrote for the Israeli newspaper Haaretz over the course of several recent years. They're about his wife, his kids, his life in Jerusalem. And they're funny — kinda. Bone-dry, understated — a laugh-so-they-can't-see-what-you're-getting-away-with kind of funny except when they're seriously funny or surreally funny or that kind of funny that comes from laughing at someone who suffers with a certain amount of sad-sack elan. I don't know if there's a word for that. Like schadenfreude without the guilt.

The columns are also autobiographical in that they track Kashua, his neighbors, his family and his career (but mostly, always, just Kashua) across a span of eight years. And put together this way, back-to-back and in something approximating chronological order, they form the arc of a story about a newspaper writer telling stories about being a newspaper writer and about being a Palestinian in Israel during the Arab Spring, the bombings, the rocket attacks and the Israel-Gaza conflict of 2014.

The battles are distant except that they're everywhere. The politics are workaday. Dull except for their ridiculousness. Kashua has to explain to his daughter that it's OK to speak Arabic everywhere — except when trying to get past the Israeli guard manning the checkpoint to get into the mall to buy ice cream and a fluorescent lightbulb. Over the phone, he lies to an earnest assistant about the themes of a different book he has written — parroting her need for it to be about Arab identity and the Israeli-Palestinian conflict (it's really just a story about a lawyer and his wife) to get a slot at a literary event dealing with the Israeli-Palestinian situation.

As a narrator, Kashua is bumbling, insecure, confused, overwhelmed. He comes off in the early pages like a grumpy mope, sweating under deadline pressures, telling stories about his haranguing wife, ripping his pants in a bar or trying to assemble a shoe rack. They seem like nothing — trifles, and not even particularly insightful or humorous ones — but details catch in the back of your brain like tiny fishhooks. The checkpoints. The dangers of language. The angry letters to the editors of Haaretz. Because Kashua was playing a long and subtle game with those columns (and, as a result, in Native). He's telling the story of a divided city, an embattled country, and he's doing it with shoe racks and lightbulbs.

Kashua gets compared most often to his pal Etgar Keret (whose writing I also love), but I think there's something disingenuous in that. It's too easy — two Middle Eastern writers, both working in short form, in sharp, first-person staccato, one Israeli, one Palestinian.

Really, Kashua strikes me more like Jerusalem's version of Charles Bukowski. A chain-smoking, drunk, constipated cataloger of life's daily ills, illustrating through the simplest of social transactions how complicated a life can become when the threads of it start slipping away from you. Not so pugnacious, maybe, but just as vulnerable. Just as aware and critical — of his city, his family, Israel, the Arabs, but most of all of himself.

And all this, just because he feels bad about the pants he chose to wear. Because he has become a celebrity in a place where he is growing increasingly uncomfortable. The anxiety increases as the pressure increases and, finally, Kashua makes the decision to leave Jerusalem for good. To come to America. In his final column, he gives his reasons. He says his goodbyes. He talks to his daughter — reminding her that no matter what happens and where they go, she will always be an Arab. That leaving home doesn't mean becoming a different person.

And then, to prepare her for her new life in America, he gives her a copy of Catcher In The Rye.