Accessibility links
Review: Rokia Traoré, 'Né So' The Malian singer, songwriter and multi-instrumentalist returns with a gorgeous album focused on the idea of home. 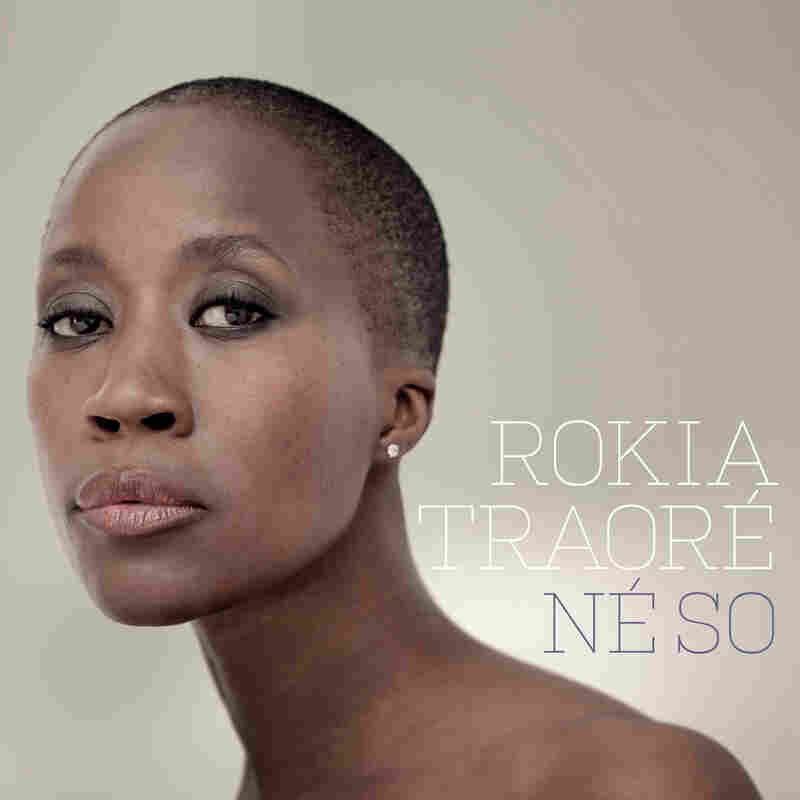 Rokia TraorÃ©, Ne So Courtesy of the artist hide caption

These days, the idea of home is on the mind of the fantastically gifted singer, songwriter and instrumentalist Rokia Traoré. It's been four years since Mali, Traoré's native west African country, began descending into ongoing bedlam. Only two months ago, jihadists attacked the Radisson Blu hotel in Mali's capital, Bamako, and left 20 people dead. And, of course, the international migrant crisis is staggering in its numbers and complexity: At the end of 2014, the UN Refugee Agency says, 59.5 million people were displaced from their homes — a historical all-time high.

It's no surprise that the idea of refuge — but also of abiding roots, and of possessing bone-deep knowledge of a specific place — serves as a central catalyst to Traoré's gorgeous new album, Né So, whose title means "home" in the Bambara language. (Traoré's label, Nonesuch, has made English translations of all of her songs available on their website.)

The daughter of a diplomat, Traoré spent her childhood traveling internationally, and as an adult she's moved back and forth between Europe and Mali. So it's no surprise that she spends much of Né So investigating what, exactly, "home" means — and what it means when a person loses her or his home.

Sometimes, Traoré seizes on specific material; her sweetly tender song "Kolokani" references an ancestral town as its words alight upon particular experiences. ("Tell the hunters that I was deeply honored, amazed and moved by their tribute when last I visited. ... Tell them I think of Kolokani; of the ancestral values of Kolokani; of the Zambila lineage of Kolokani.")

At other times, Traoré embraces a much wider view: Her collaborators on Né So include not just a wealth of talented musicians from across western and central Africa, Europe and the U.S., but also guest performers John Paul Jones (of Led Zeppelin), Devendra Banhart and even author Toni Morrison, who appears in "Sé Dan." (The album was produced by John Parish, who also collaborated with Traoré on 2013's superb Beautiful Africa.)

As always with Traoré, her musical baseline reflects that cosmopolitanism: Listen to "Obikè" (Thus It Is), with its sinuous, funk-inflected grooves and odd-metered rhythms; "Ô Niélé" (First Woman), which puts Jones' bass guitar and Parish's drum kit front and center alongside Traoré's voice; and the Prince-ly seductiveness of "Amour" (Love).

Another element carried over from her previous releases is the critical centrality and forthrightness of her lyrics. In "Kènia," Traoré delivers a clarion call for behavior and action: "Failure," she sings, "is due to an aim which has not found the right reasons ... The good behavior of our congressmen, the attitude of opposition parties, the behavior of our ministers, the good behavior of our civil servants, the good example of our head of state — these are things that build a country's progress, which inspire courage and integrity in a country's citizens." (Can you imagine an American singer-songwriter addressing politicians in such a way?)

Although the album consists mostly of originals, Traoré turns to one iconic, darkly bitter American song: Abel Meeropol's "Strange Fruit," made famous by Billie Holiday. And though the song's original context is (of course) racism in the U.S., Traoré's spare and haunting rendition — which frames her voice with guitar, bass, ngoni lute and drums — provides a haunting reminder of how cruelty and bloodshed continue in our time.

Traoré, however, doesn't settle for artistic introspection alone. She works closely with the UN Refugee Agency, and has been particularly outspoken regarding the crisis in her native country, though she keeps a wider scope. As she begins in the title track's spoken introduction: "In 2014, another 5,500,000 people fled their homes ... forced to seek refuge elsewhere."

Her outrage and sorrow are palpable. Né So is a sonically beautiful project, for sure, and it's easy to get lost in the lilting rhythms and Traoré's smoky voice. But if you're simply sitting back with this album, you may have missed her point.