Accessibility links
Rand Paul Drops Out Of White House Race The Kentucky Republican says he is suspending his campaign after a disappointing finish in Iowa to focus on his Senate re-election. 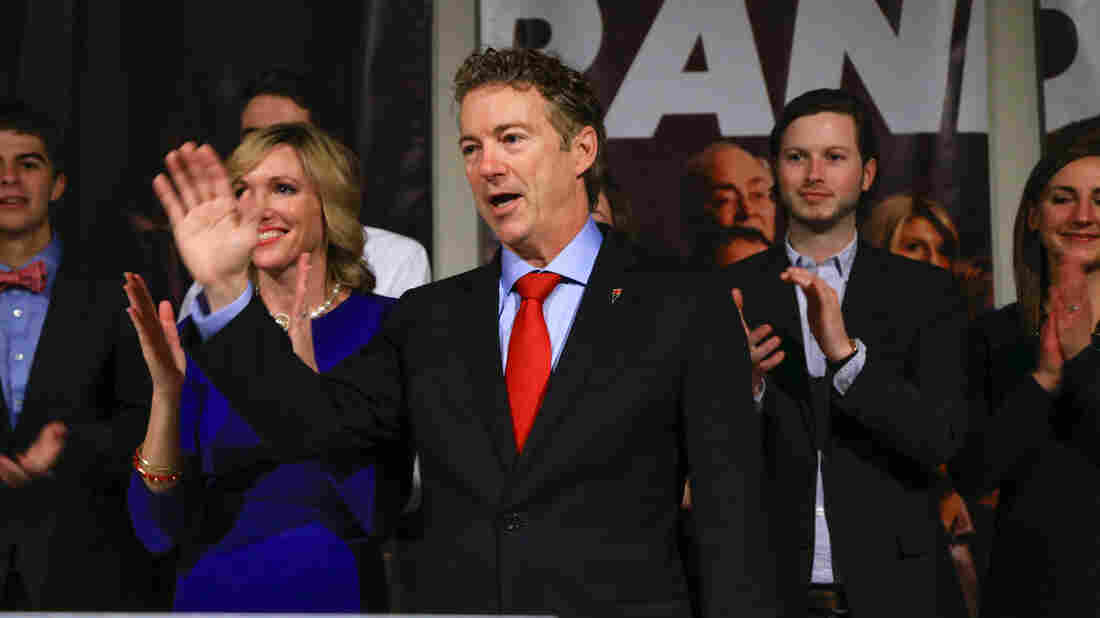 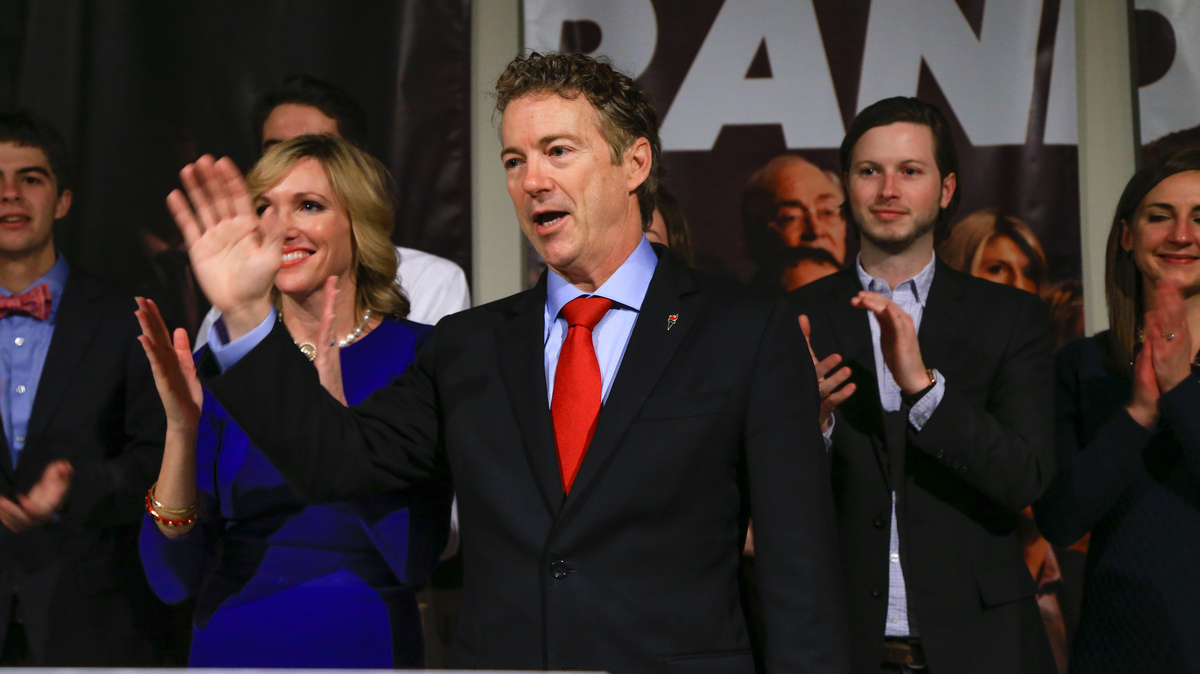 Kentucky Sen. Rand Paul is ending his campaign for the GOP nomination for president, he announced Wednesday morning.

Kentucky Sen. Rand Paul is suspending his campaign for president after a disappointing finish in Iowa, turning his focus now to his Senate re-election bid.

"Across the country thousands upon thousands of young people flocked to our message of limited government, privacy, criminal justice reform and a reasonable foreign policy. Brushfires of Liberty were ignited, and those will carry on, as will I," the Republican said in a statement.

"Although, today I will suspend my campaign for President, the fight is far from over," he continued. "I will continue to carry the torch for Liberty in the United States Senate and I look forward to earning the privilege to represent the people of Kentucky for another term."

The libertarian-leaning senator finished a distant fifth in the Hawkeye State on Monday evening, unable to replicate the strong coalition that his father, former Texas Rep. Ron Paul, had built there four years ago.

His prospects were similarly bleak both in national polling and in New Hampshire, which is up next Tuesday. Left off the main debate stage last month for his poor standing in surveys (he instead boycotted the so-called undercard debate), Paul faced being passed over again at Saturday's GOP debate.

And Paul, unlike his rivals, had another campaign he was running simultaneously to worry about — his Senate re-election bid. Though the first-term senator starts with the advantage in the GOP-leaning state, he drew a strong Democratic challenger last month in Lexington Mayor Jim Gray.

Paul had to jump through hoops just to be able to run for both Senate and president at the same time. Last year he persuaded the state party to hold a March caucus instead of a May primary so he could legally be on both ballots. That political insurance policy he won't need anymore was costly — he had promised he would pay for the change, which could be upwards of $500,000.