Accessibility links
Quitting The Gridiron When Football Runs Through The Family Garrison Pennington's father, uncle and brother all played high school football. So did Garrison — until last year. He dreaded telling his parents. But turns out, his worries had been theirs, too. 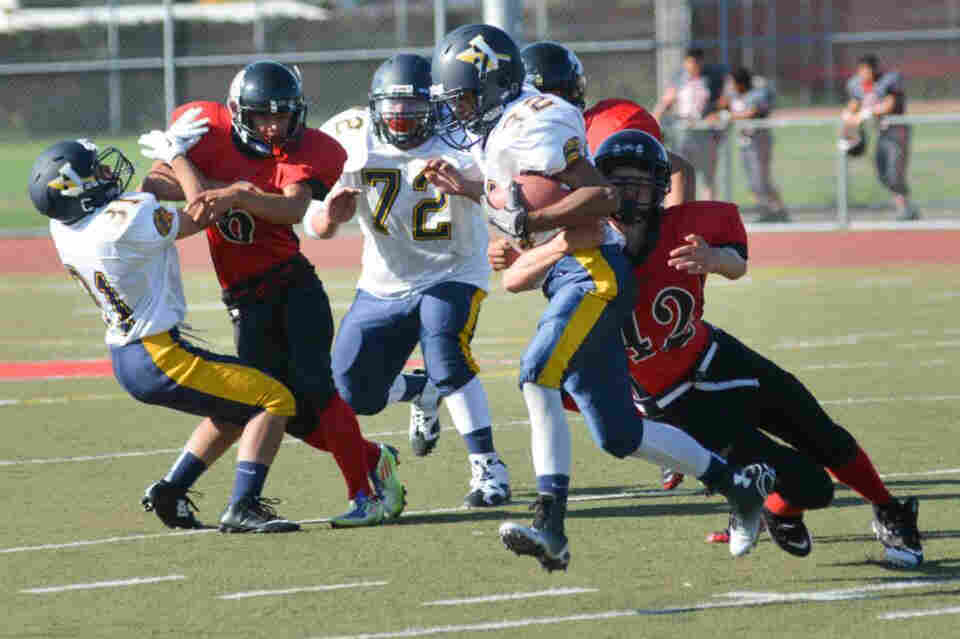 Garrison Pennington (right, No. 42) tackles a player during Albany High School's 2014-2015 season — the last he would play. Courtesy of Ned Purdom hide caption 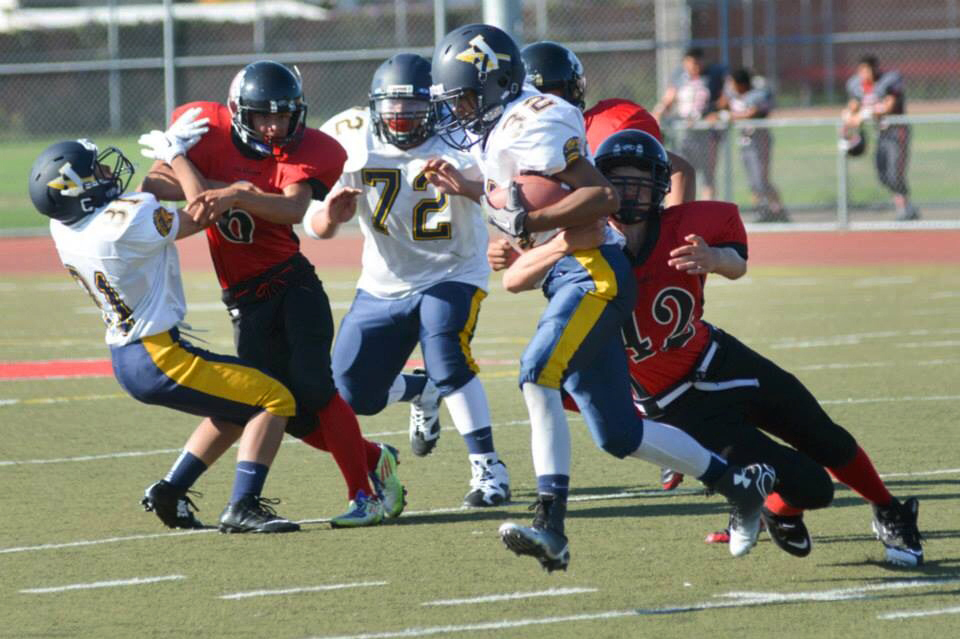 I'm from a football family. The guys all play, including my dad, my brother, my uncle and me. I was even named after a former 49ers player, Garrison Hearst.

My parents were at every game I played. From the field, if I looked toward sidelines, they'd be there, either cheering or taking pictures. My mom took lots of videos on her iPhone from the bleachers at one of my games.

Last summer, I started thinking about quitting. My grades were slipping. And I felt like I was making big sacrifices for a sport that I couldn't see myself playing beyond high school. What's all of this time and energy for? I dreaded bringing it up to my parents, but they surprised me. 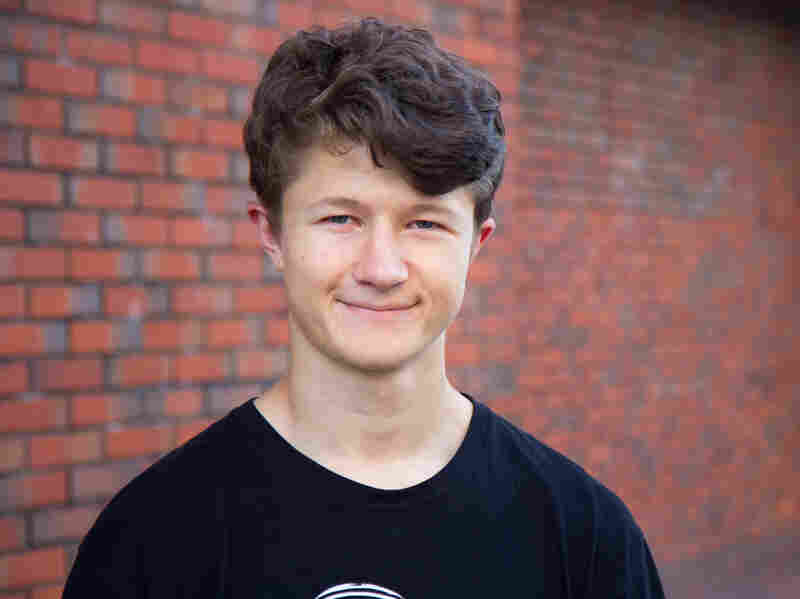 Pennington, named after former San Francisco 49er Garrison Hearst, says he misses football, but he is looking forward to finding the same kind of satisfaction — without the risks. Jenny Bolario/Youth Radio hide caption 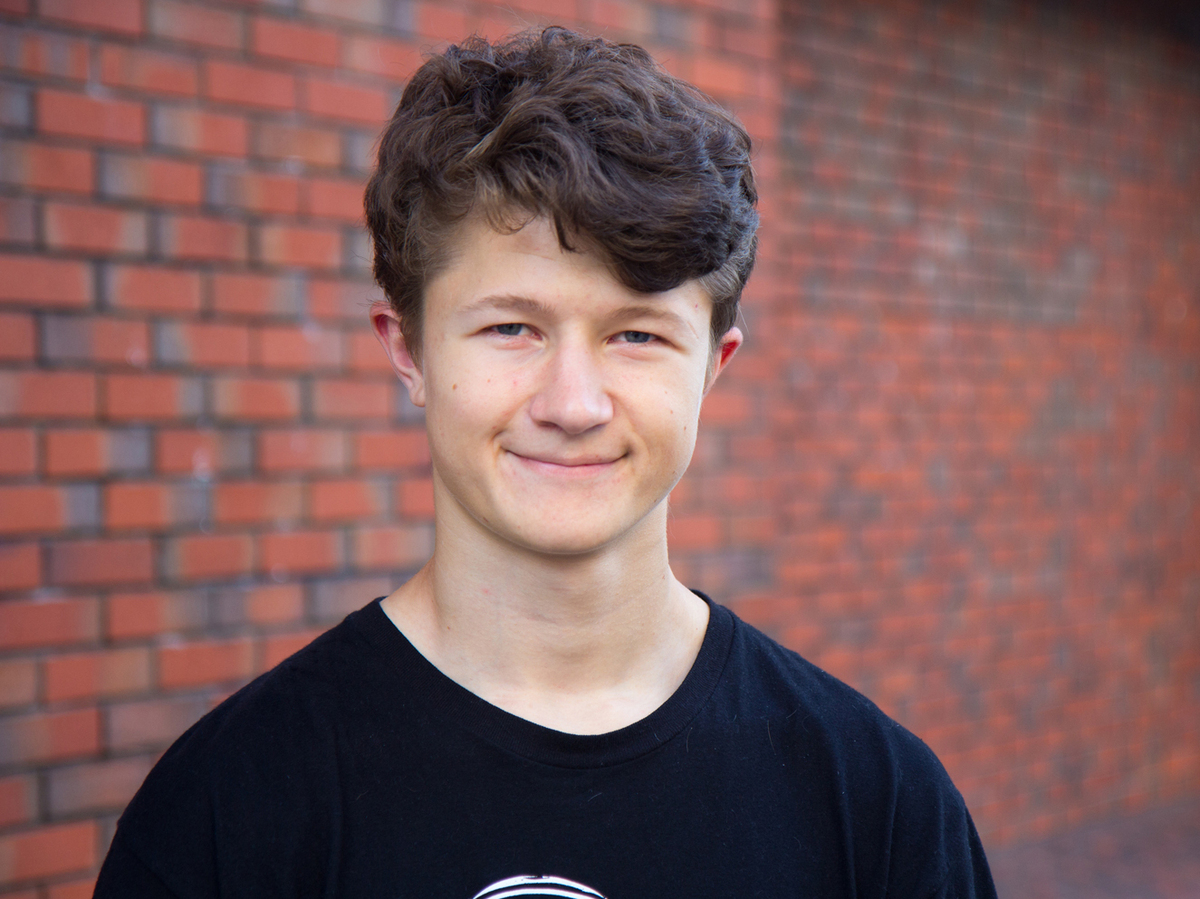 Pennington, named after former San Francisco 49er Garrison Hearst, says he misses football, but he is looking forward to finding the same kind of satisfaction — without the risks.

"Privately, I was just stressed out. Football was not fun anymore," said my dad, Jed Pennington.

"Every Friday night, like, there was the games, and you guys would go out and hang out with your friends," he continued. "And then mom and I would go out and have dinner. And part of that dinner was just a sigh of relief that there wasn't an injury that night."

My parents had been so supportive at my games. It never crossed my mind that they were worried sick. My dad says the low point was watching my brother get a concussion on the field.

"That one was horrible, he wanted to play, and he thought he could play," my dad recalls. "And that was a really hard argument to have with him, because this was his long-term well-being and health."

Although football is dangerous, it's still very important to my family. We watch games on the weekends and keep up with the latest roster changes. So far the controversy around football hasn't stopped us from enjoying the sport.

I talked to my brother Michael, who was MVP and captain of our high school football team about his experience playing. 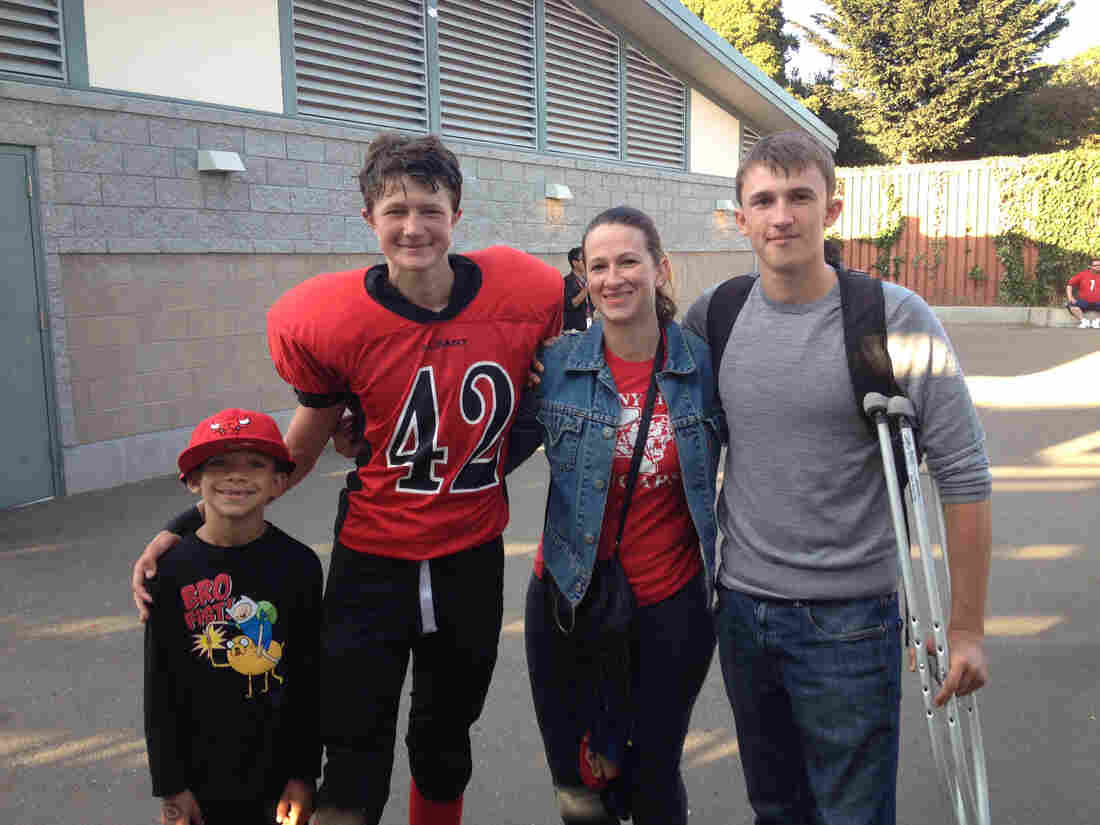 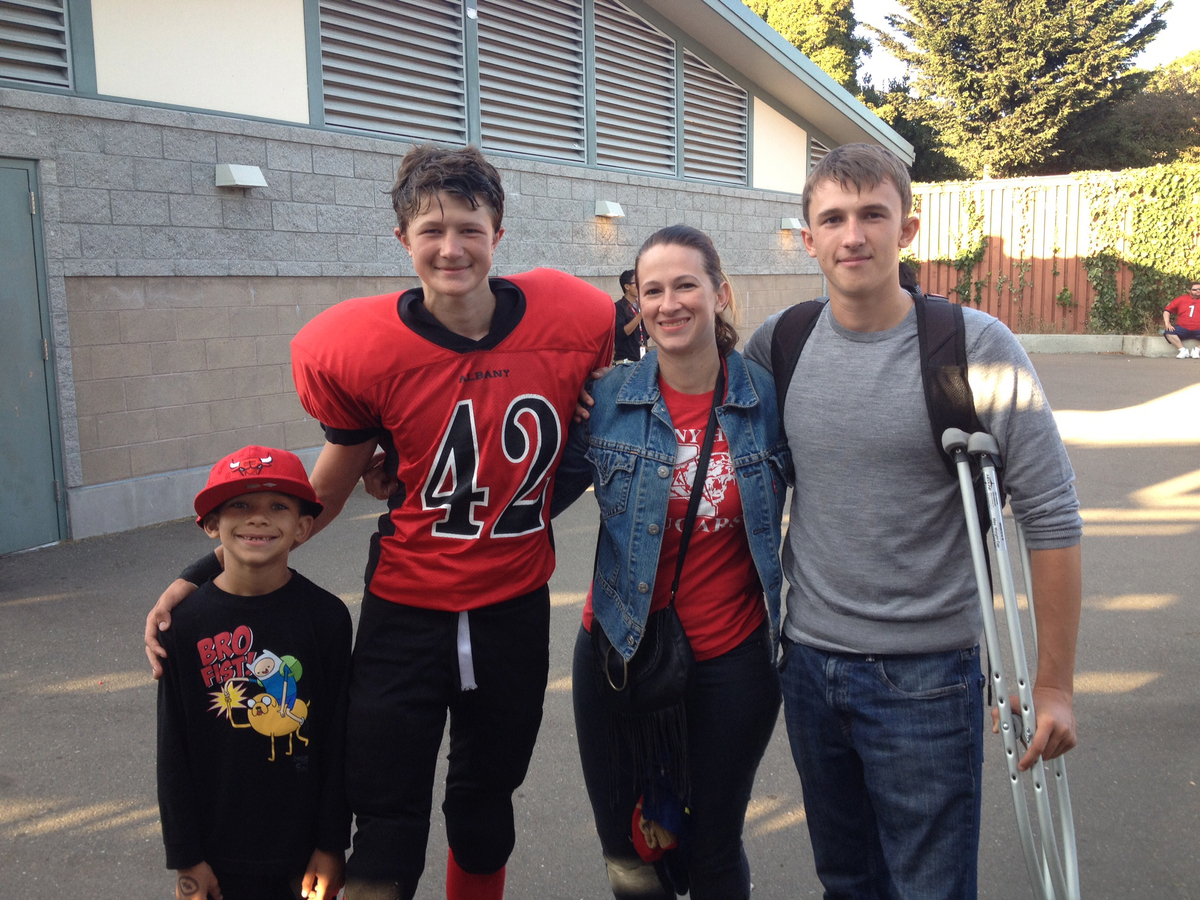 "Hell yeah, it's dangerous, but it's a hell of a lot of fun," Michael said. "It's just something that you have to do if you're OK with taking the risk."

I also asked him what he remembers about his concussion.

"I didn't notice anything right away," he recalled. "I finished the game, and I felt fine, just a little bit dizzy. But that night I felt like I was about to throw up so badly. And then the next day I took the practice SAT and I could barely remember how to write my name."

My brother and I both decided to quit football. And we're not the only ones.

If you look at the latest stats, there are almost 26,000 fewer high school football players today than there were in the 2008-2009 school year, according to figures from the National Federation of State High School Associations, or NFHS.

Why Play Football? 2 Views On The Game, From Those Who Know It Best

It was also 2009 when the NFL formally acknowledged the connection between football and the long-term effects of concussions.

Bob Colgate, the NFHS' director of sports and sports medicine, won't cite any one reason for why football participation is down.

"There may be knee injuries, ankle injuries, there may be arm injuries," Colgate said. "I mean it is a contact sport, so the injuries that could evolve through the participation in that sport may be something that an individual does not want to look at."

Sometimes I think back to my time on the field and I miss it. Football was such a big part of my life. But if I can find the satisfaction I got from football without taking the same risks, I'm going to do that instead.

It certainly pleases my dad.

"I'm very happy for our time as a football family," he said. "But I'm also very relieved that it's over."

And with two years left of high school, I still have time to do something worthwhile other than football.

Garrison Pennington is a 17-year-old high school junior in Albany, Calif. This story was produced by Youth Radio.