Accessibility links
Meet The Guard Dog Who Keeps The New Hampshire Primary First Bill Gardner is the longest-serving secretary of state in America. He's also one of the most powerful. He alone can move the primary. Critics call him autocratic; he says he's following the law. 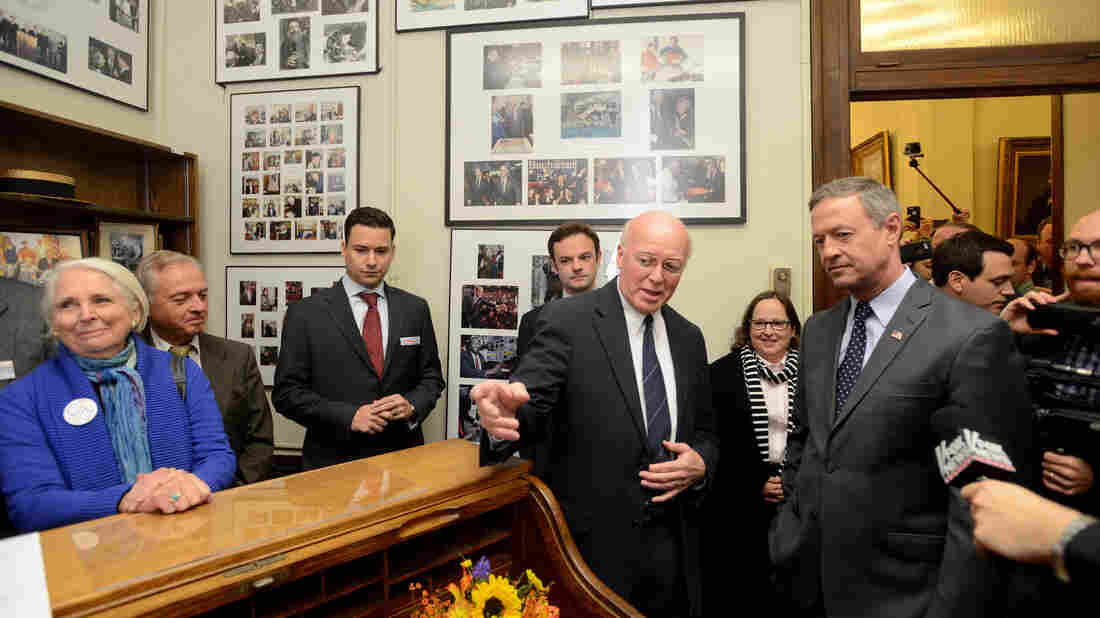 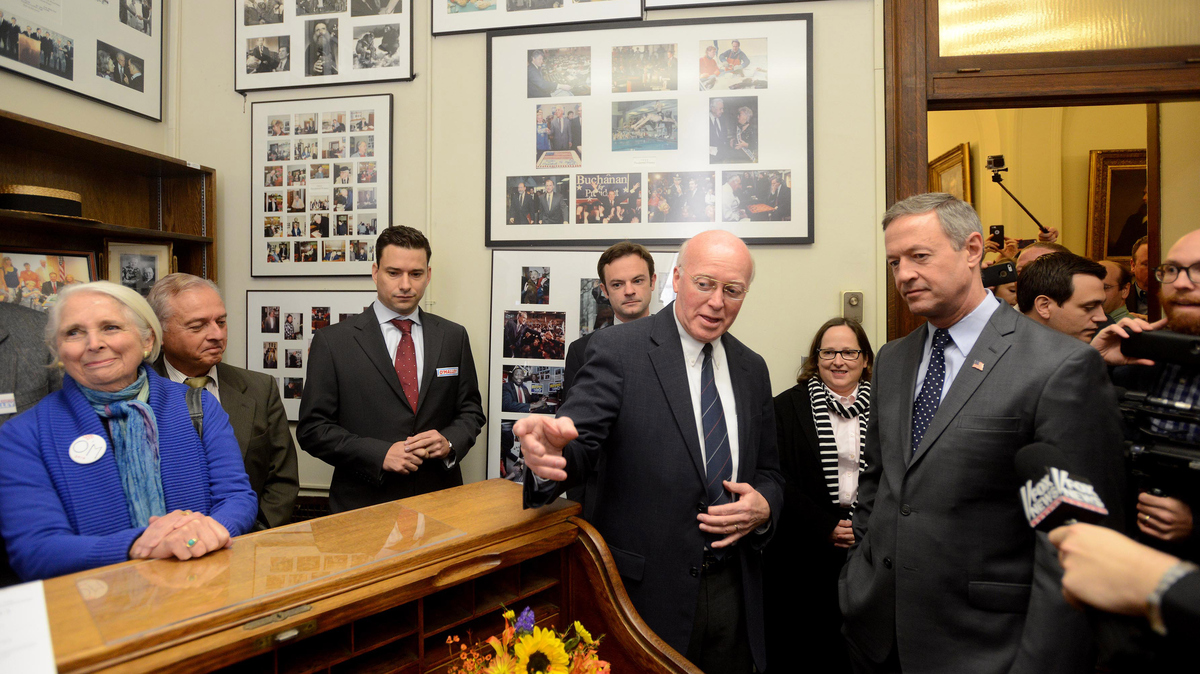 New Hampshire Secretary of State Bill Gardner talks with former Maryland Gov. Martin O'Malley as he files paperwork for the New Hampshire primary at Concord City Hall back in November. O'Malley has since ended his campaign.

For the past 40 years, New Hampshire's first-in-the-nation primary status has been vigorously defended by one man: Secretary of State Bill Gardner.

He is the nation's longest-serving secretary of state, taking office in 1976, one year before New Hampshire lawmakers mandated that the Granite State go first in primary voting.

Gardner's second-floor office in New Hampshire's granite-walled (of course) State House is like a walk through the state's political history. It's filled with stacks of official forms, political paraphernalia — and lots of photographs of presidential candidates on the stump. 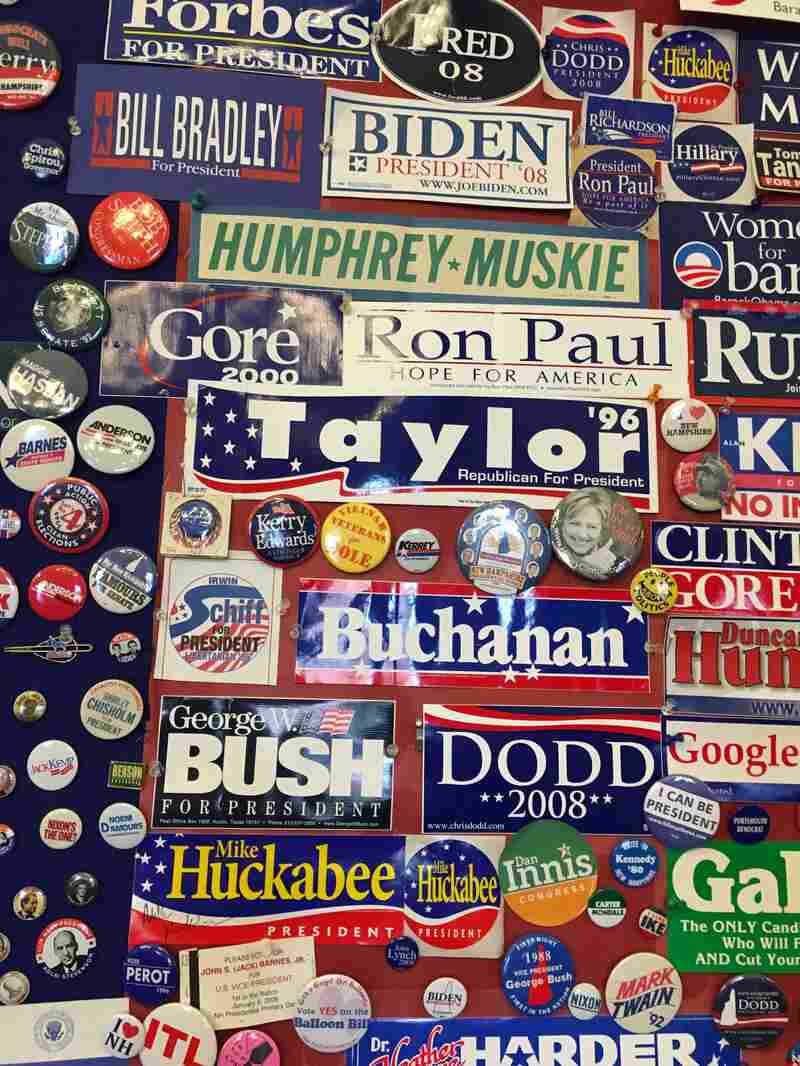 New Hampshire Secretary of State Bill Gardner has four decades of memories to go with the political paraphernalia in his office. Brian Naylor/NPR hide caption

Gardner points to a picture of a young-looking Barack Obama, taken at the Manchester Airport.

"These were the first steps that Barack Obama took in New Hampshire," Gardner notes. "He had never been in New Hampshire before. You see he's coming in carrying his two bags."

Gardner has four decades of memories. There's the blizzard that occurred on primary day in 1984: "The plow trucks were doing triple shifts to keep everything open." And there are the many — many — candidates coming through his office, filing their papers to get on the primary ballot.

It's surprisingly easy to run for president in the New Hampshire primary, assuming you meet the constitutional requirements. All you need is $1,000 to get a spot on the ballot, and if you can't swing that, well, 100 signatures on a petition will work too.

And while some candidates have dropped out since the Iowa caucuses, there remain the names of 28 Democrats on this year's New Hampshire ballot, and 30 Republicans, who are giving it a go.

Going first is "part of the DNA," "culture"

New Hampshire has not always had the first presidential primary, but as other states ended theirs or changed their dates, New Hampshire found itself all alone at the beginning. Now, Gardner said, it's part of the state's very essence.

"We're not smarter than any others," he said. "It's just part of the DNA of the state; it's part of our political heritage, our culture." 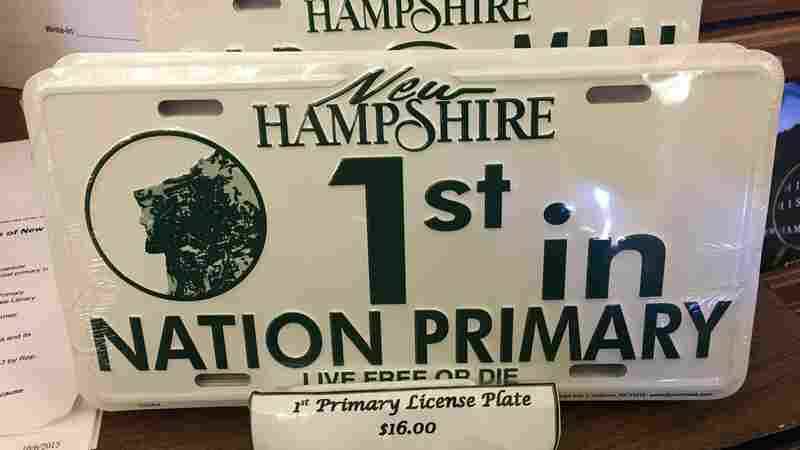 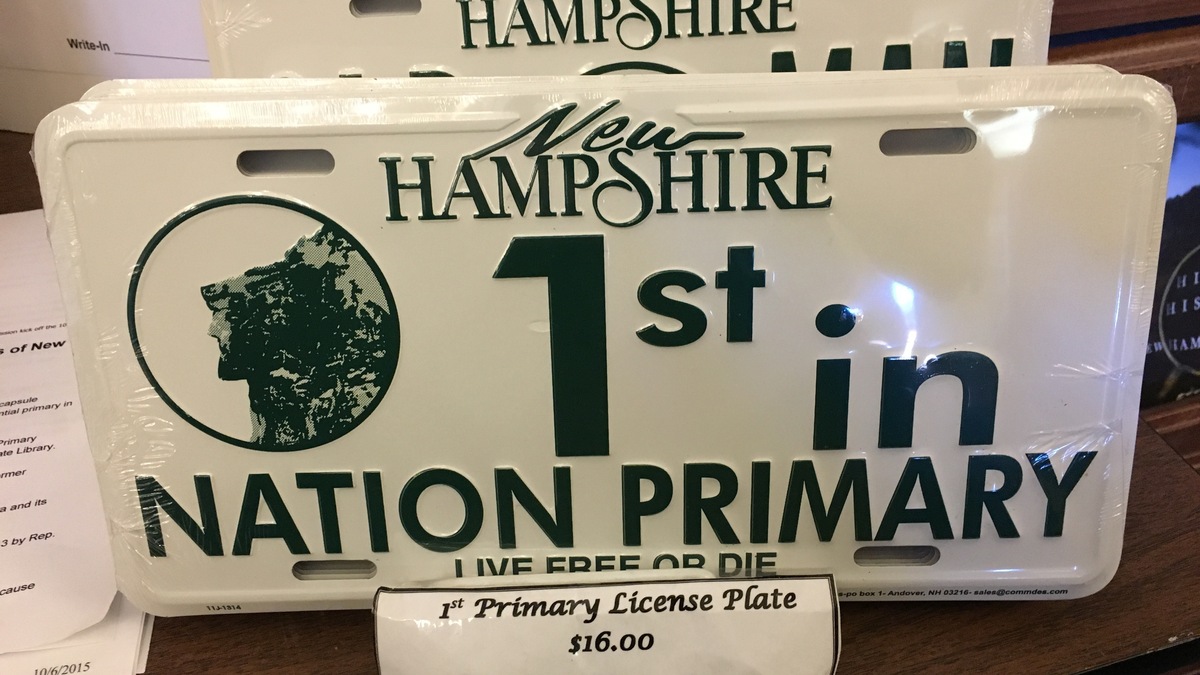 But some outside New Hampshire, mostly Democrats, have questioned whether the state, with its small and overwhelmingly white population, is representative enough of the nation's electorate to play such an oversize role in presidential politics.

In September, Republican National Committee Chairman Reince Priebus said no state should get "too comfortable."

"I don't think that there should ever be any sacred cows as to the primary process or the order," Priebus said.

That was met with a swift rebuke from Gardner. "[A]s I have said over the years, this primary won't be taken away from us by external forces," he told local TV station WMUR back then. "It will only change when the will of the people want it to change, and that's pretty unlikely."

There have been efforts over the years to change the nominating calendar to put other states first. Gardner, backed by state law, which stipulates New Hampshire must hold its primary at least seven days before any similar election, has swatted them away.

He recalls the time back in 1983 when Nancy Pelosi came to his office. The next year's Democratic convention was in San Francisco, and Pelosi, who was not yet in Congress, appealed to Gardner to allow California to go first that year. Gardner demurred.

"She said, 'Well, you're going to have to change it,' " he remembers, " 'because New Hampshire won't be part of the convention, you're not gonna be invited.' "

Gardner refused to back down.

Former Vermont Gov. Howard Dean, who finished second in New Hampshire in the 2004 primary, also tried to get the state to change its date when he became head of the Democratic National Committee.

As recently as this past October, Dean told Concord News Radio that Gardner was hurting the state.

"You guys need a new secretary of state, " Dean said. "Get rid of Gardner and get somebody else in there. Gardner's been in there too long. He's become autocratic; the candidates don't like him."

Shrugging off the critics; paving the way for Jackie Robinson?

The 67-year-old Gardner, who was a Democratic state representative before taking this job, laughs off Dean's criticism. He was re-elected last year by state lawmakers without opposition. And he's got plenty of supporters in the state, like former Republican Sen. John Sununu.

"Bill Gardner has been essential in helping to promote the primary and doing that not just by keeping it first but by making sure it works," Sununu said. "We have an incredibly high turnout in New Hampshire, but we've never had scandals, problems, some of the issues that unfortunately still plague polling places across the country."

Gardner, though, acknowledges concerns over New Hampshire's lack of diversity. "It's a fair question to ask," he said. In response, he cites instances where New Hampshire has shown tolerance for outsiders.

According to Gardner, Rickey told Newcombe and Campanella, " 'If you guys could make it the way you did in New Hampshire, he's going to make it here,' so in the spring that next year, he brought Jackie Robinson down."

Gardner said New Hampshire residents know their first-in-the-nation primary is a privilege, as well as a tradition.

It's something, he said, that "grew because there was fertile ground."