Bob Elliott, Of Comedy Team Bob And Ray, Dies At 92

Bob Elliott, Of Comedy Team Bob And Ray, Dies At 92 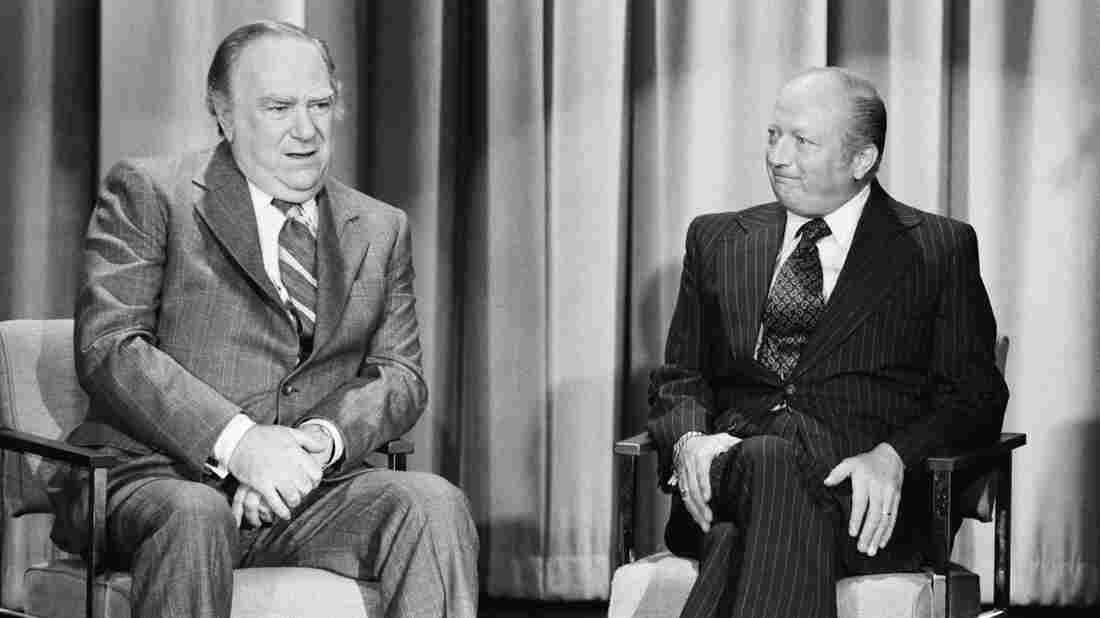 Bob Elliott (right) and Ray Goulding, known as the comedy team of Bob and Ray, during an appearance on The Tonight Show Starring Johnny Carson in 1976. NBC/NBCU Photo Bank via Getty Images hide caption 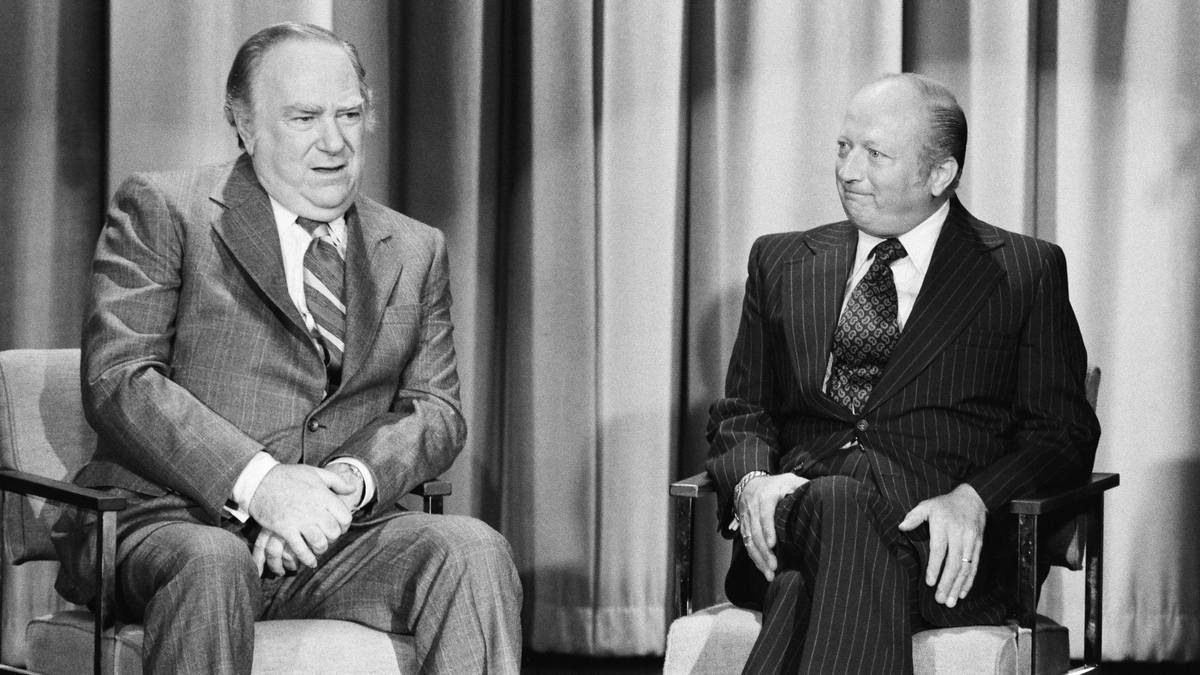 Bob Elliott (right) and Ray Goulding, known as the comedy team of Bob and Ray, during an appearance on The Tonight Show Starring Johnny Carson in 1976.

Bob Elliott, half of the enduring television and radio comedy team Bob and Ray, has died, He was 92.

The cause of death wasn't made public.

For nearly 45 years, until the death of Elliott's comedy partner Ray Goulding, Bob and Ray entertained millions of radio listeners and television viewers.

"He was the kindest, most gentle man I knew, and obviously the funniest. He was a true renaissance man," Chris Elliott (Groundhog Day, David Letterman's Late Show and Late Night) said in a statement on behalf of the family.

Judd Apatow tweeted, "Go listen to Bob and Ray! They are the funniest. Timeless, brilliant comedy."

Bob and Ray practiced a gentle, quirky brand of comedy that relied not on one-liners or boffo jokes but rather a deadpan delivery that relentlessly skewered pomposity and seriousness.

"I guess it's the hilarity of pomposity; that hasn't gone out of fashion," Elliott said when asked to explain the enduring nature of their humor. Goulding added: "We magnify the insignificant. You know, flourishes and bands accompanying the opening of a sandwich."

The team won a prestigious Peabody Award in 1956. "They deal primarily in satire, that rare and precious commodity," the judges wrote. "Their aim is deadly, their level is high, and their material is fresh, original, imaginative, and terribly funny."

Following Goulding's death in 1990, Elliott remained active as a solo performer, appearing regularly throughout the '90s on television and occasionally in films. He played Bob Newhart's father on the series Newhart and his own son Chris' father on Get a Life. He also appeared in the films Quick Change and Cabin Boy.

He had also worked solo occasionally during the team's long run, appearing in the film Author Author and in a handful of TV movies.

He and his late partner were inducted into the Radio Hall of Fame in 1995.

Bob and Ray's long partnership began at Boston radio station WHDH in 1946 when Goulding, after delivering the news on Elliott's music program, began to stick around and swap anecdotes with the host.

"When we first began, it was 90 percent ad lib," Elliott recalled in 1992. "A good part of what we did involved two or three hours of playing records, and the records gave you time to think of what to do next."

Listeners demanded more, however, and the station soon scheduled Matinee with Bob and Ray. It offered offbeat comments on the day's news, fables about fictitious characters and bogus contest offers.

One elaborate joke, put on during the early days of TV, pretended to offer phony television antennas for sale to radio listeners who wanted to impress their neighbors.

"Try to be a phony in your neighborhood," the ads proclaimed. "If you're going to be a phony, be a good one."

The pair made their own move to television in 1951 with the Bob and Ray show. Unlike Sid Caesar, Milton Berle and other early TV comedians, they did not attract a mass audience. But their low-key humor, once described by The New York Times as "outrageously innocuous," was cherished by a devoted following.

Their show rarely dealt with topical matters, an exception coming during the Red-hunting days of Sen. Joseph McCarthy. Then, during a soap opera parody that took place in the small town of "Skunk Hollow," they introduced a blustering Commissioner Carstairs, who waved a list of names of supposed miscreants he threatened to expose.

The program, which also featured Cloris Leachman and Audrey Meadows as regulars, ended in 1953.

In New York City, meanwhile, Elliott and Goulding continued to thrive. They appeared on the Ed Sullivan and Steve Allen television shows and won a regular spot on NBC's Today Show. They also appeared on Broadway in Bob and Ray, The Two and Only and released record albums and books of their comedy sketches.

Born in Boston, Elliott attended the Feagan School of Drama and Radio.

After an early first marriage to June Underwood ended in divorce, he married Lee Knight in 1954 and they had five children: Colony, Shannon, Amy, Robert Jr. and Christopher.

A previous caption reversed the identifications of Bob Elliott and Ray Goulding. Elliott is actually on the right.