Accessibility links
Relatives Of Deceased Push For More Access To NYC Potter's Field There's a little-known island that serves as a cemetery for the homeless, stillborn babies and unclaimed remains. But visiting the island is a challenge — even for families of the deceased. 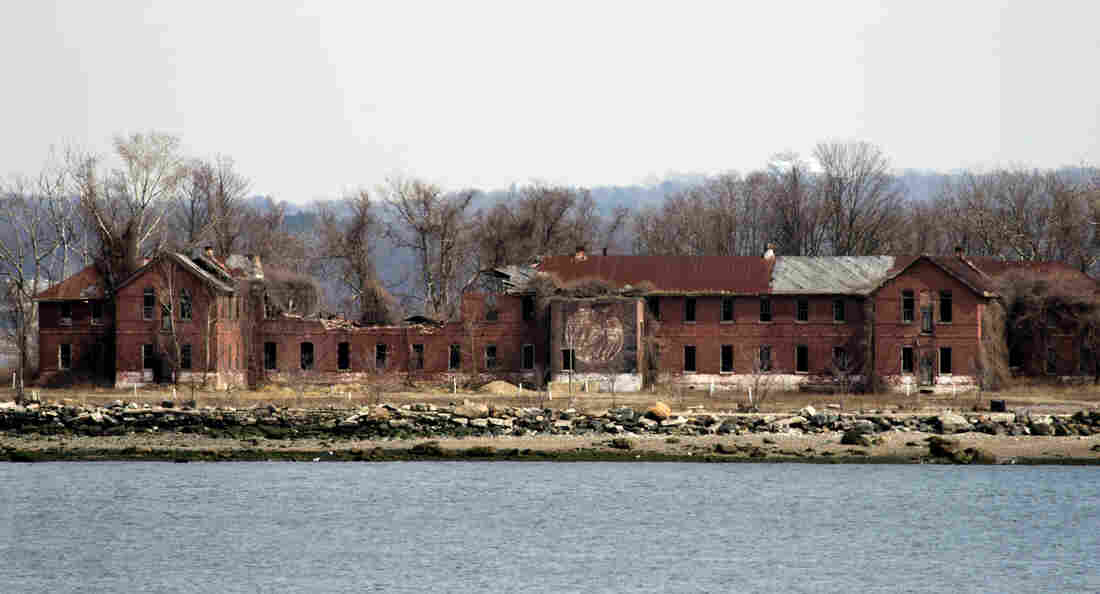 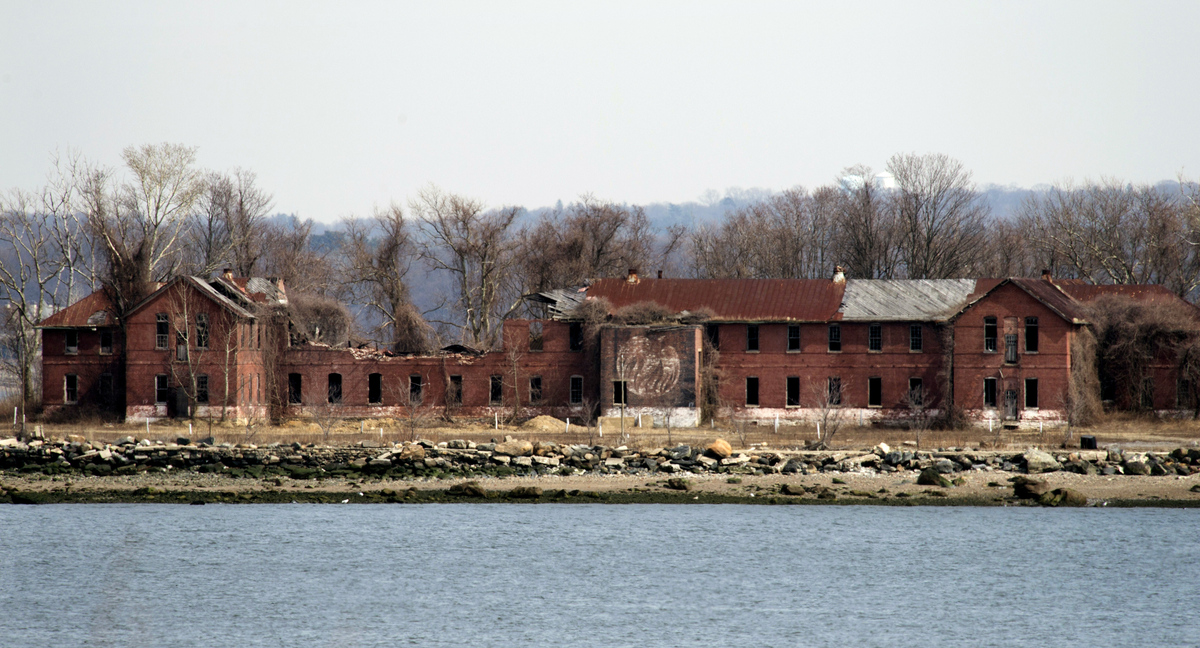 The decaying, abandoned prison workhouse on Hart Island in 2014. Each white plastic pipe near the building marks an infant mass gravesite — one plastic pipe per 1,000 babies.

In New York City, there's a little-known island where as many as a million people are buried. It's a public cemetery for homeless people, stillborn babies and unclaimed remains. Visiting Hart Island is a challenge — even for families of the deceased, and now, some of those families are trying to change that.

The only way relatives of the deceased can visit the graves on Hart Island is by ferry across the Long Island Sound once a month. They can also travel to the island with the general public one other day each month, but to an area away from the gravesites.

'Today We Are His Family': Teen Volunteers Mourn Those Who Died Alone

New York City's Department of Correction is in charge of the operation. Four days a week, it sends a bus with prisoners to bury pine caskets that arrive on a refrigerated truck from the city morgue.

"You can see sort of large piles of dirt to the left of those little houses," says Melinda Hunt, an activist with The Hart Island Project. Hunt first visited the island as an artist for a photography project. Now, more than two decades later, she's pushing for the cemetery to be more open to the public.

"That's the area where they're actually burying people right now. Each of those people has someone who's related to them, so it's an important day for those families," she says.

For MJ Adams, her important day was in 1995. That's when she agreed to have her stillborn son, Juan Carlos, buried by the city.

"At the time, we didn't have any money, and I just thought a burial would be thousands of dollars. And it was a tough decision, but I thought if my baby could be in a place where there were other babies," Adams says. "And then I just assumed that I would be able to visit my baby."

It would be almost two decades later before she could make that visit.

For years, Adams says neither the hospital nor the city could tell her where Juan Carlos was buried. He was listed under the wrong name in the city's handwritten burial records.

But Hunt helped Adams track down the burial permit and set up a special visit in 2014.

Adams says it brought her some closure, but the visit was not ideal.

"It's kind of depressing to kind of wait by a gate where there's signs and 'No Trespassing,' " she says. "And it kind of makes you feel like you're a criminal." 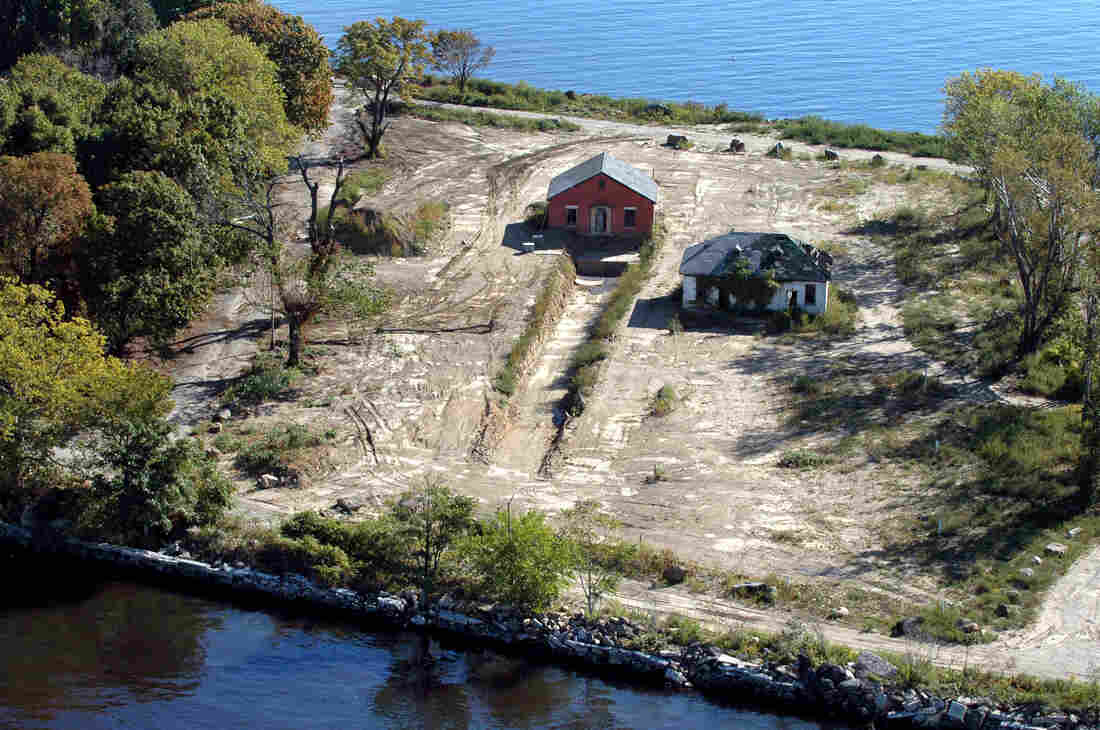 Trenches for designated burial sites can be seen on Hart Island. Courtesy of the Hart Island Project hide caption 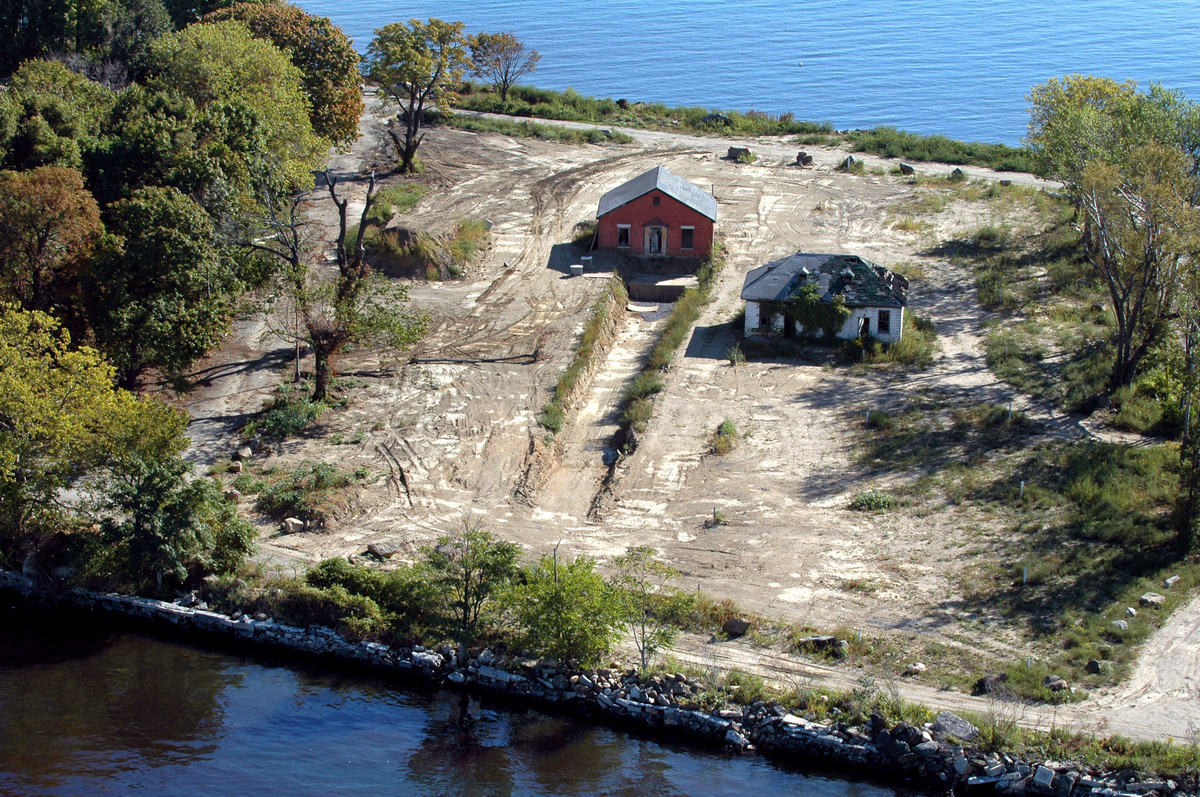 Trenches for designated burial sites can be seen on Hart Island.

Courtesy of the Hart Island Project

Until last year, regular visits to gravesites by family members were not allowed. The city cited security concerns. But following a class-action lawsuit to open the island more, the city agreed to monthly visits by families on a trial basis. They're escorted by correction officers. Cameras and phones are not allowed.

Adams and other relatives of the deceased still want more. They want the island to become a public park, an idea that some city officials oppose.

"New York City Parks believes that the operation of a public cemetery falls well outside the agency expertise and available resources," Matt Drury, director of government relations for the New York City Department of Parks and Recreation, said at a recent city council hearing.

The Department of Correction declined NPR's interview request, but in a statement, it called administering Hart Island a "solemn responsibility."

Hunt, meanwhile, has been requesting regular copies of the city's burial records. Some have been lost to fire.

Hunt and her volunteers enter them into a digital database for families hoping to find the graves of their loved ones. They call and email her regularly.

Patricia Hunter recently contacted Hunt in search of the grave of her brother, who was stillborn at a hospital in Queens, N.Y., in 1963. Hunt says records for that year are lost.

"There's no way for you and your family to find an actual gravesite," Hunt told Hunter over the telephone.

"But, but at least we know he's there," Hunter replied with a crack in her voice.

Hunter will have to wait at least a month before she can visit any graves on Hart Island. The next opening for families is not until early March.