Accessibility links
On Road To Recovery, Ferguson Residents Have Different Ideas It's been more than a year since the shooting of Michael Brown sparked nationwide protests. Tension has dissipated in Ferguson, but some disagreements exist among residents about the best way forward. 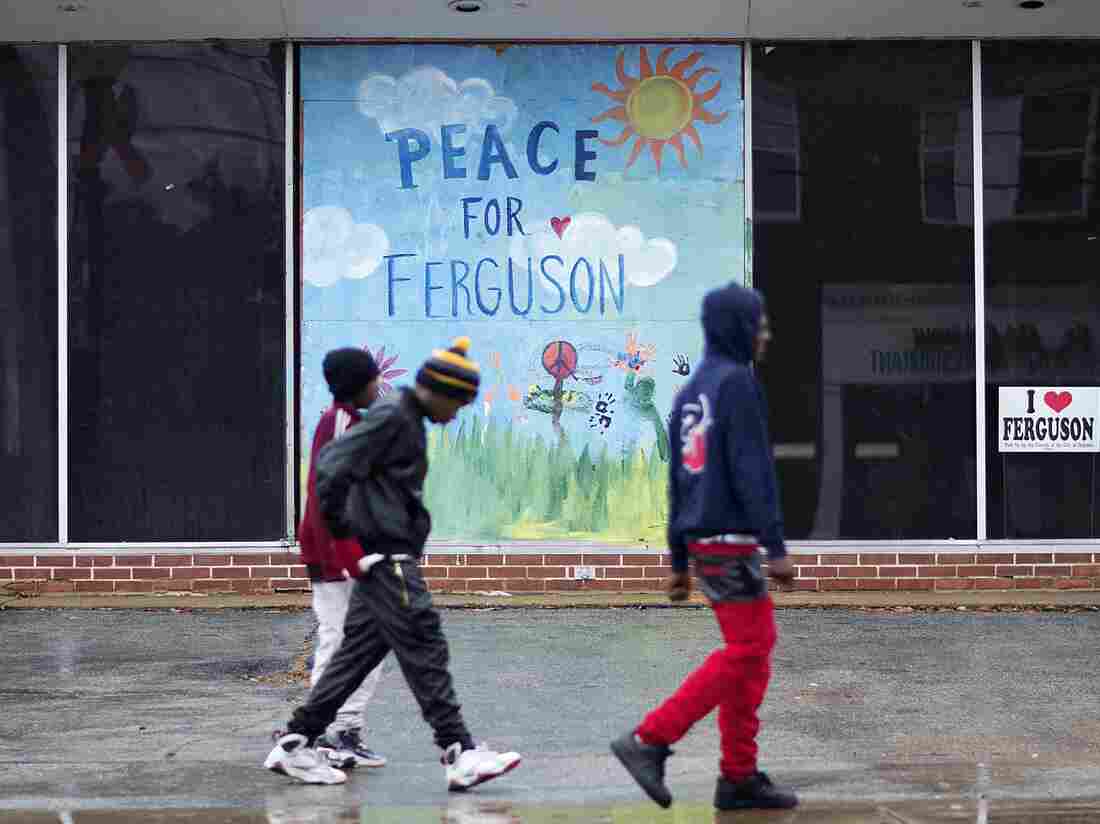 A mural depicting peace in Ferguson was painted on the wall of a vacant building near the city's police department. David Goldman/AP hide caption 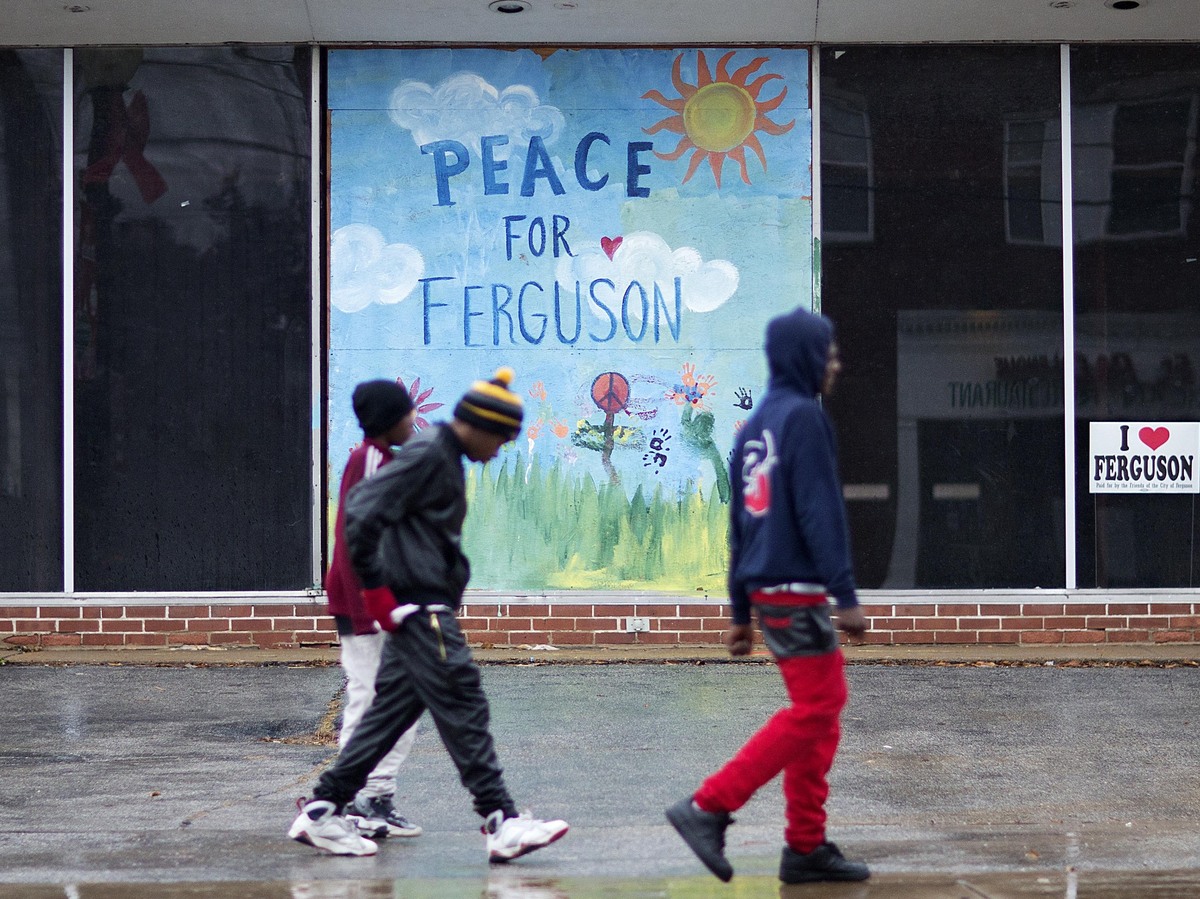 A mural depicting peace in Ferguson was painted on the wall of a vacant building near the city's police department.

More than a year ago, 18-year-old Michael Brown's death in a police shooting roiled the small town of Ferguson, Mo., and sparked nationwide protests. Recovery and negotiations have been going on since then, but residents have different ideas about how the city should move forward.

Next week, a negotiated settlement between the city and the Justice Department overhauling the department's practices will come up for a city council vote.

Ferguson residents such as Blake Ashby argued during a public hearing this week that the costs of the proposed agreement will put Ferguson at risk.

"If we sign this deal, we have to dis-incorporate Ferguson down the road because we will not financially be able to meet the terms of this agreement," Ashby says.

On the other hand, Michael McMillan, president of the Urban League of Metropolitan St. Louis, is focused on rebuilding the city after the riots. A Community Empowerment Center will be built by minority and female contractors in an empty lot that used to house a gas station and a convenient store. Both buildings were burned down in the protests.

The new center will house McMillan's Urban League and other nonprofits that focus on providing employment and financial literacy programs to people who need jobs, especially young African-American men.

"It will be a multimillion-dollar beacon of hope for the city of Ferguson, and we as the Urban League wanted to show the community that we are very serious about making sure that people have the opportunity to work," McMillan says.

The Prime Time Barbershop stands a few blocks away. The 25-year-old manager Thomas Bradley says as far as he's concerned, things are back to normal in Ferguson.

"My definition of normal is guys getting pulled over by the police for no reason," he says.

Even so, Bradley says he'd like to see more black officers and officers walking a beat.

However, another barber Brandon Turner says he thinks there has been less harassment by police.

"I think that's how it's supposed to be," Turner says. "They work for us. You're not supposed to be scared of somebody who works for us. We pay their bills."

He says the proposed agreement between Ferguson and the Department of Justice — like training for police on the use of force, and limits on court fees --are all good ideas.

Not far from the city's police department is a store named "I Love Ferguson." It was an idea started by the city's former mayor, Brian Fletcher, who came up with the idea to sell merchandise to help damaged businesses rebound. Fletcher died last month. 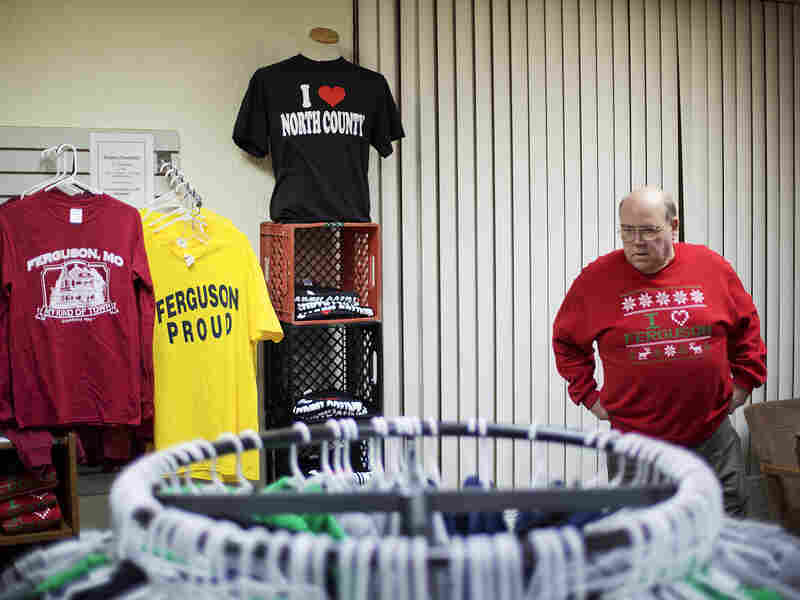 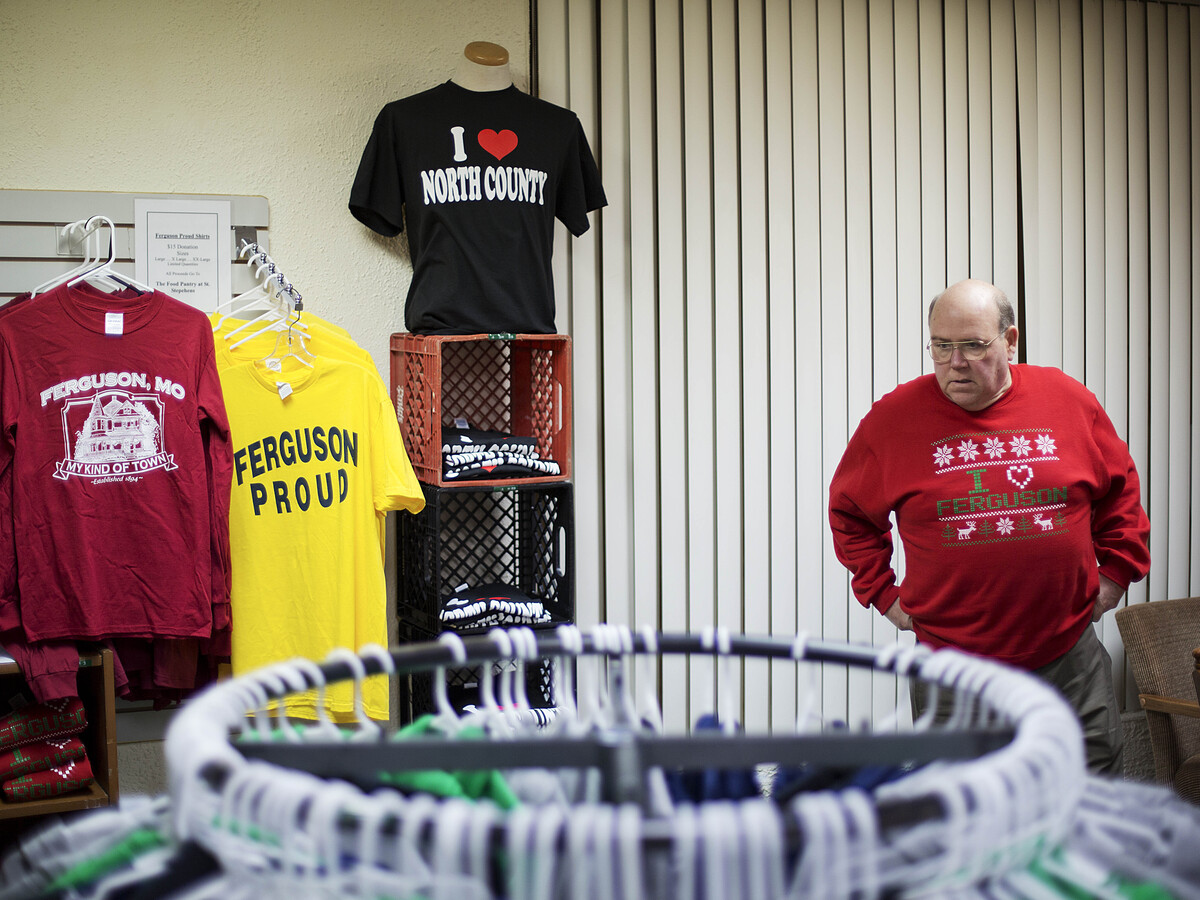 Sandy Sansevere is now the new chairperson of the all-volunteer group. One positive change she sees is that more people talk to each other.

"I know 10,000 more people in Ferguson than I ever did before because of this," she says. "People will come in and they kind of feel you out a little bit... Whether you agree or disagree you still let them talk ... that's the biggest thing. You've got to listen to everybody and see where they're coming from."

Sansevere says she never thought there was a big racial divide in Ferguson and she is cautiously hopeful about the city now. Ken Wheat, vice president of the I Love Ferguson committee is active in several neighborhood groups and also doesn't think Ferguson has a racial divide.

"In our town I don't really think it's an issue. I think it's a matter of being involved," he says. "Here in town, I made that an effort to go to the meetings whether or not I was the only black person there. It didn't matter to me. I didn't mind being uncomfortable. That's what we have to do to make a change."

Both Wheat and Sansevere are skeptical about some of the Department of Justice's findings about the city's police department. They feel like it has caused police to crack down less on crime.

Ferguson's Mayor James Knowles says since the shooting of Brown, the city has worked to bridge the divide between the police and residents, but change doesn't come overnight.

"Rebuilding trust, gaining trust is a process — and there are people in this community and communities across the country that have deep seated frustrations and anger with police officers," Knowles says. "And that's something that we are going to be working on and this country will be working on for a long time."