Accessibility links
An Ode To The Also-Rans In American Politics Scott Simon ponders the people behind the names on buttons and bumper stickers and other political ephemera. Though they may not have been winners, he's inspired by their determination to try. 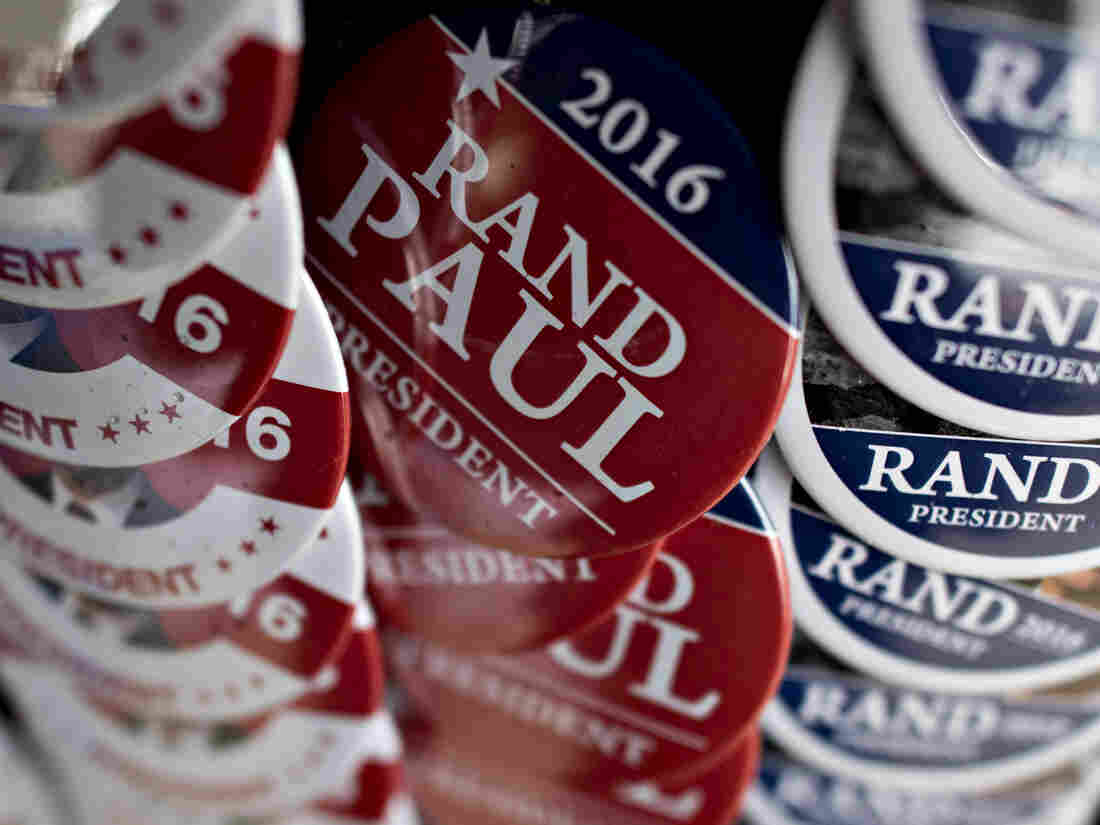 Buttons supporting U.S. Senator Rand Paul sit on display during a campaign stop in Atkins, Iowa, when he was still in the 2016 race. Bloomberg via Getty Images hide caption 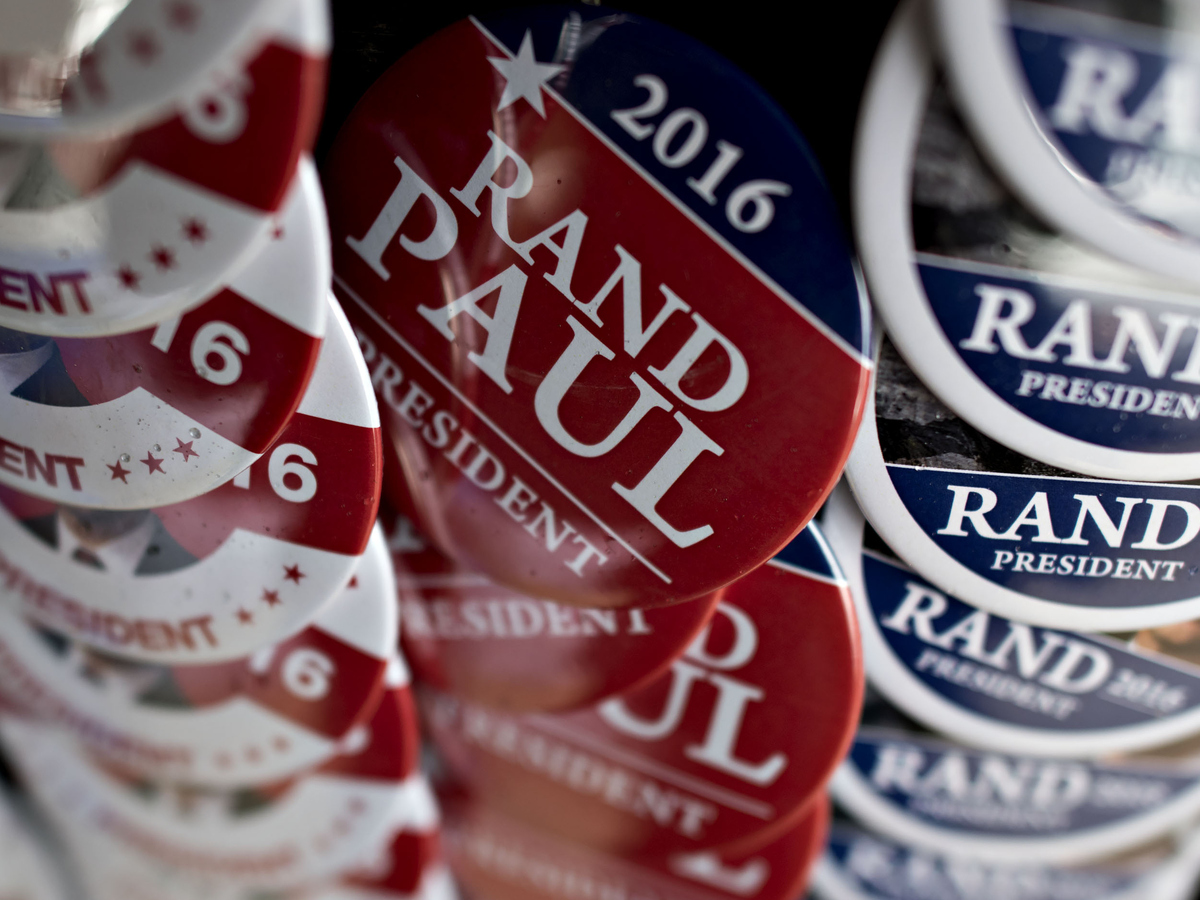 Buttons supporting U.S. Senator Rand Paul sit on display during a campaign stop in Atkins, Iowa, when he was still in the 2016 race.

Now is the time to pick up a Pataki for President bumper sticker. Or a Huckabee button, a Jim Webb yard sign, or keychains, ballpoint pens, and window scrapers imprinted Jindal, Paul, Perry, Chafee, Walker, Graham, Santorum, Lessig, and O'Malley for President.

It's already a kind of autumn in the cycle of a presidential campaign, in which candidacies have a last burst of color and fall to the ground.

As a child, I kept a small collection of political buttons and bumper stickers in a box below my bed. I began with local candidates, which in Chicago had a rich ring of names: Burke, Daley, Langford, Marzullo, Moreno, Rodriguez, Oberman, and Pucinski.

But I soon found that if I wrote a letter to almost any politician anywhere in the country, Democrat, Republican, Prohibition or Socialist Workers Party, saying, "I am a 12-year-old boy who is concerned about our nation and interested in politics..." that politician would send a box of buttons, bumper stickers, and a hand-signed note.

Maybe my note just crossed the desk of a staffer who was a mother or an older brother, and saw a chance to make a young boy smile. But I like to think that at least a few politicians wrote back personally because they glimpsed, in my seventh-grade pomposity and adolescent scrawl, the kindred spirit of a political nerd.

Every button or bumper sticker represents a hope. You can look at the ball points or keychains of a candidate who has lost and left the race and sometimes wonder: how could he or she ever think they could ever be elected president?

But it's also inspiring, in a way, to know that no matter how exhaustive, expensive, and humiliating the process has become — and no matter how many good people say the relentless fund-raising and partisan nastiness has made them sick of politics — there are still lots of people who will uproot their lives and try. Not just the candidates whose names are on buttons, but thousands who go door to door, talk to their neighbors, and try to change minds.

The field of names is being winnowed week by week. As that happens, it might be good to recall that while a lot of candidates launched japes and jabs, Rand Paul also raised questions about civil liberties, Lindsey Graham was outspoken and sharp, Mike Huckabee was often humorous, and Martin O'Malley delivered detailed proposals. Democracy also needs people who are bold enough to try and lose, but leave a mark with their bumper sticker.