Accessibility links
At 42, Matthew Rushing Might Just Be The Peyton Manning Of Dance Dancers typically retire at a relatively young age. Rushing, however, is still going strong — and he's about to kick off a 20-city tour.

Dancers typically retire at a relatively young age. Rushing, however, is still going strong — and he's about to kick off a 20-city tour. 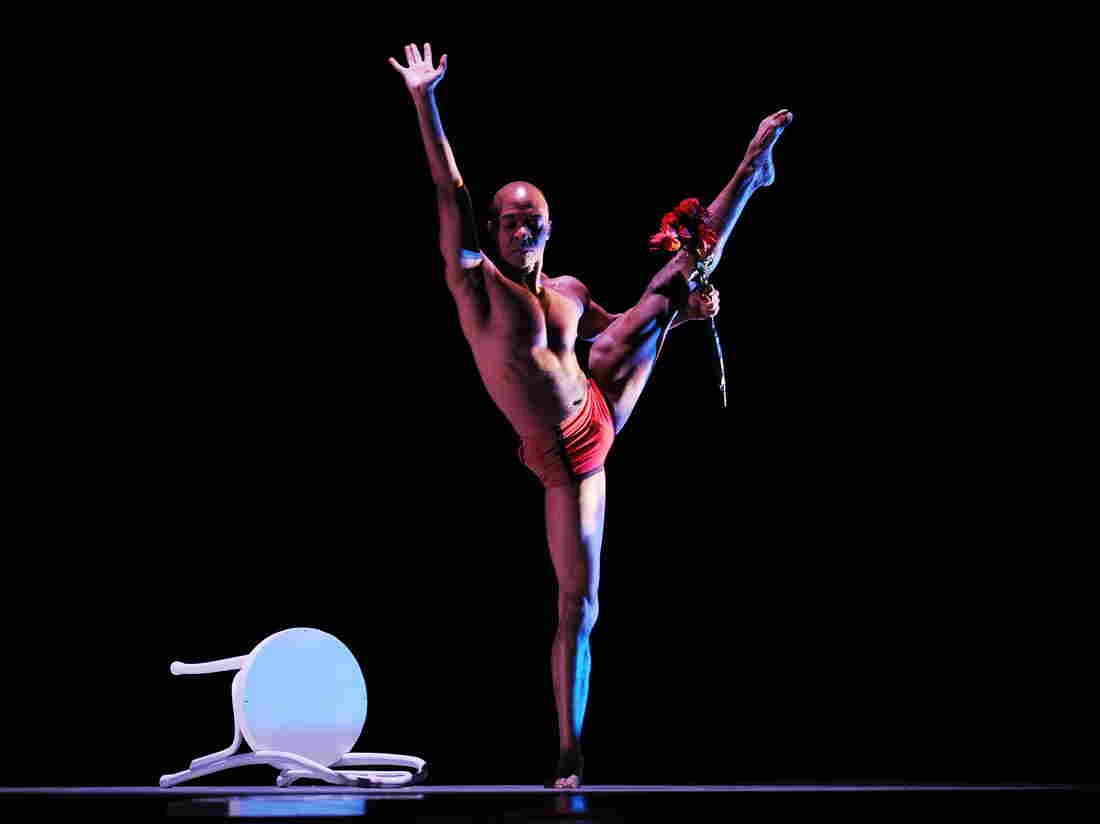 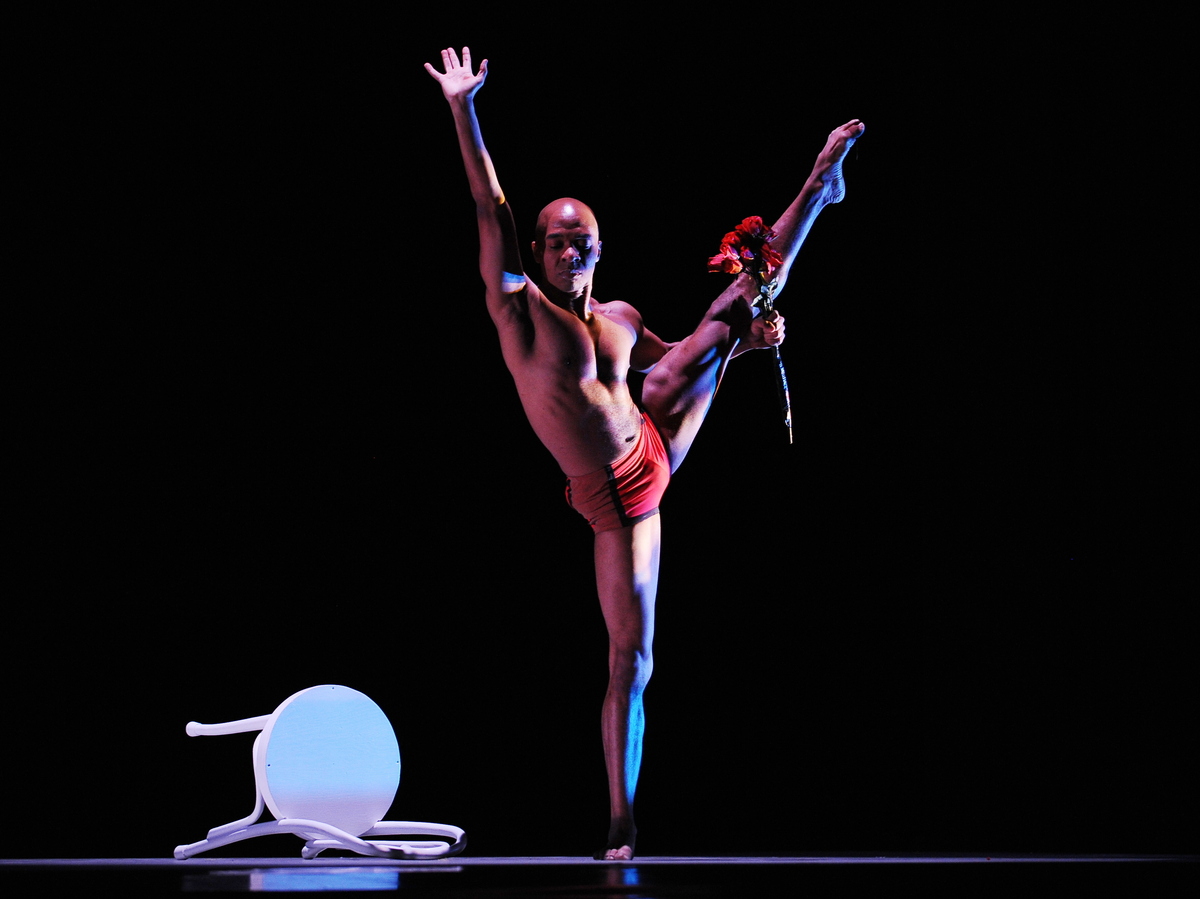 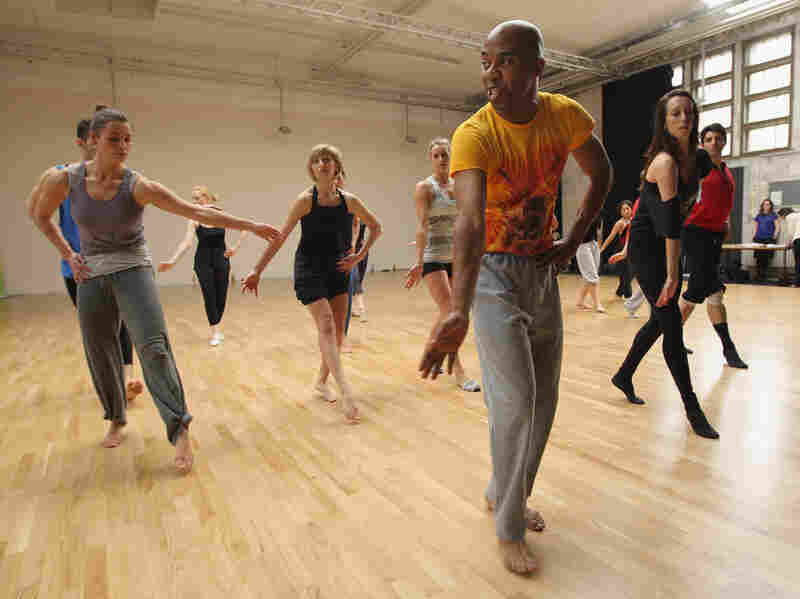 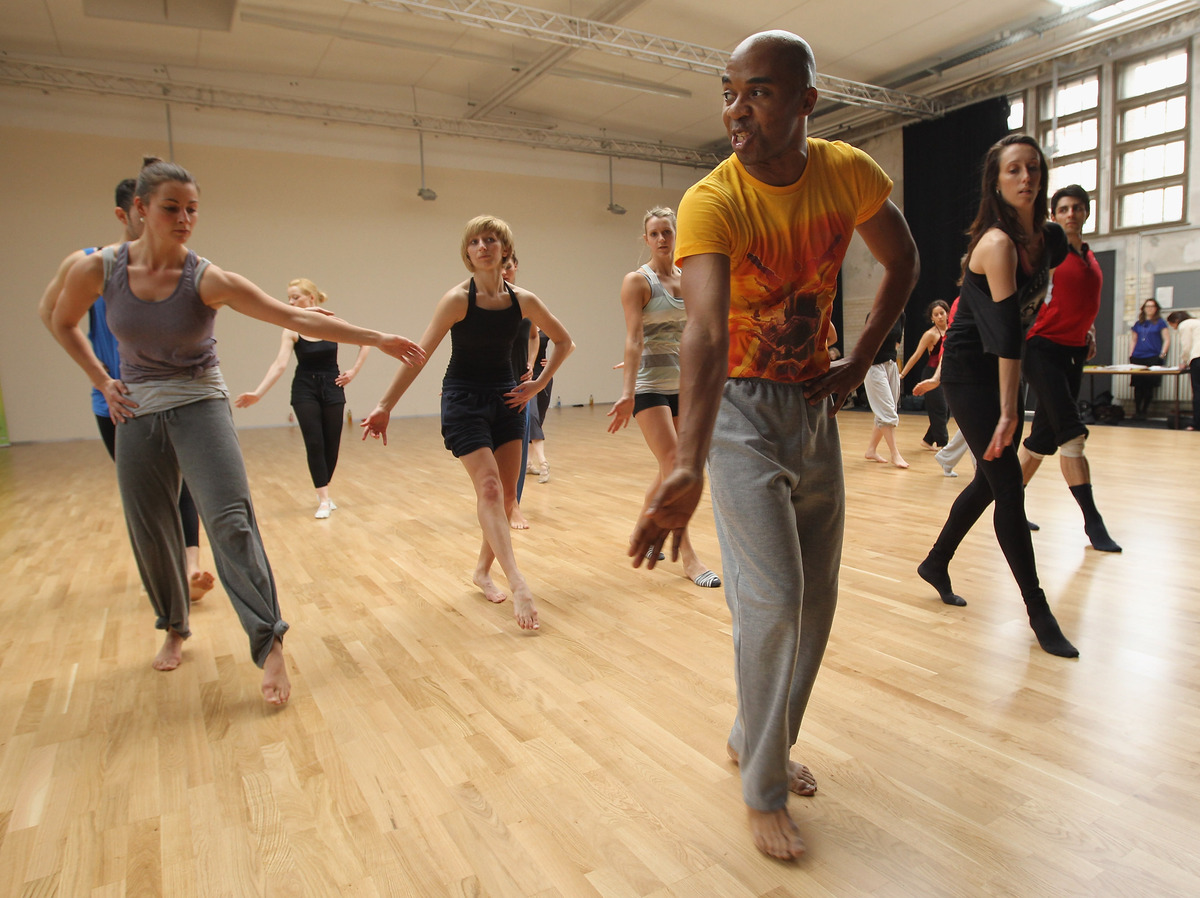 Matthew Rushing, Rehearsal Director of the Alvin Ailey American Dance Theater, leads dancers of the Deutsche Oper Berlin in a masterclass on April 5, 2011 in Berlin, Germany.

One more word about the Super Bowl, which is on tonight, as if you could miss it. But even if you are not interested in football, you've probably heard about the quarterback matchup. The Denver Broncos Peyton Manning is 39, and he's facing off against the Carolina Panthers' 26-year-old Cam Newton. As you might imagine, talk about Manning's age has been part of the run-up to the event. But that reminded us that football is not the only physically-taxing job where participants are typically ready to retire as people in other fields are just warming up. Dance comes to mind, especially this week, as the Alvin Ailey American Dance Theater kicked off this year's 20-city North American tour in Washington, D.C. And the man who led off the event, who literally stepped on stage first, was none other than Matthew Rushing. At 42, he is not just one of the Ailey company's longest-serving dancers. He's one of the most senior at any major company. He's been dancing professionally since the age of 16, and we asked him to tell us how he does it.

MARTIN: Which is your body.

RUSHING: Which is your body, exactly - you had to find out how to sustain. And that's when I came across the yoga, the Pilates. Like, all these things that normally when I was younger, I thought was foolish, you know? I was like oh, I just need to take a ballet class or a jazz class and I'll be fine. But then age starts to set in. And then I had to figure out not only did I have to use my technique to, you know, quote, unquote, "wow the audience." I had to get past that. The technique was for longevity, was to keep my body in its utmost shape to endure the tours. I had to start cross-training. I had to eat differently. I had to start taking the whole vitamins and minerals and learning about other things outside of dance that could help me inside of dance. So it's a total lifestyle change. At one point, you're at an age where you can go out to the club. You can go out to the club and go straight to the theater the next morning and perform. All that at a certain time ended.

RUSHING: (Laughter) Yeah, yeah, there's a moment when it really hits that you're older. And then sometimes, especially in the dance world, that word older is a bad word, you know? And...

MARTIN: I confess that when I wanted to speak to you about this, I wasn't sure you would agree.

RUSHING: Oh, no, I can't tell you how perfect timing this was when you asked about this because it's been within the last maybe three years where I've really felt my age, but I've also seen the good in it. When you go see people perform, you see the work that they've put into the preparation and you see how much it means to them. Me going on stage, me doing a huge leap, I have to put so much work and thought into it. You see that work on stage, and I'm finding out that it's worth it. It's worth extra hours and the extra pain and the demons that you have to fight in your head saying that you're too old for this. It's worth it. If you can get past it, it's worth it.

MARTIN: You know, I have to say that one of the reasons this occurred to me is that you have nowhere to hide - not just because of the work that you do but also the way you do the work and the way the work is staged. I mean, you wear very tight clothing. You often appear shirtless. You are lifting women and sometimes men over your head. You perform very demanding roles. And in fact, this week when you performed on opening night, you performed in all three pieces...

MARTIN: ...All of which were demanding. There's one piece in the signature work, "Revelations," where you had a solo, "I Wanna Be Ready." And if people have never seen this piece...

(SOUNDBITE OF SONG, "I WANNA BE READY")

MARTIN: Most of the work is done with your abdomen. You have to - I mean, it's just - can you just describe what that's like, and does your body ever betray you?

RUSHING: Yes. And what's so interesting about the solo, the solo is about a man who's older, and he's reaching the end of his life. And he's basically taking a moment of OK, this is a moment where I need to in a sense cleanse myself, repent of any former sins because I want to be ready to go on to my transition. Now, of course, I'm not thinking I'm about to die on stage, but there's a parallel within it. I like the word seasoned dancer instead of senior dancer. I feel that I'm more seasoned, so I - every time I approach the stage, in a sense that saying, I want to be ready, it's in the back of my mind, meaning I want to be at a place where I'm at my best. So if this is my last performance, I've given it my all.

MARTIN: When is it time to stop?

RUSHING: OK, I'm going to go back to Peyton Manning for this. I'm just looking at a whole bunch of clips of his interviews. And a lot of questions will come up - you know, is this your last Super Bowl? When do you give up? And I loved the answer that he would give. He said I'm just taking it one day at a time. For the last three years, I've been, you know, preaching, yelling oh, this is my last go around. I'm tired; I can't do this anymore. But then I find myself right back out there, and it's because I find myself most alive while I'm dancing. So I guess just for now yes, I'm ready to continue dancing.

MARTIN: Matthew Rushing has been performing with the Alvin Ailey American Dance Theater since 1992. The company just kicked off this year's 20-city North American tour in Washington, D.C. He also serves as rehearsal director and choreographer. And he was kind enough to take time out of his busy schedule to join us in Washington, D.C., in our studios. Matthew Rushing, thank you so much for joining us.

RUSHING: It's been a pleasure. Thank you.