Accessibility links
Calif. Restaurant Gives Diners — And Sea Lions — An Ocean View The Marine Room is a restaurant right on the beach. When the tide is high, waves hit the windows, and bring in unexpected visitors. 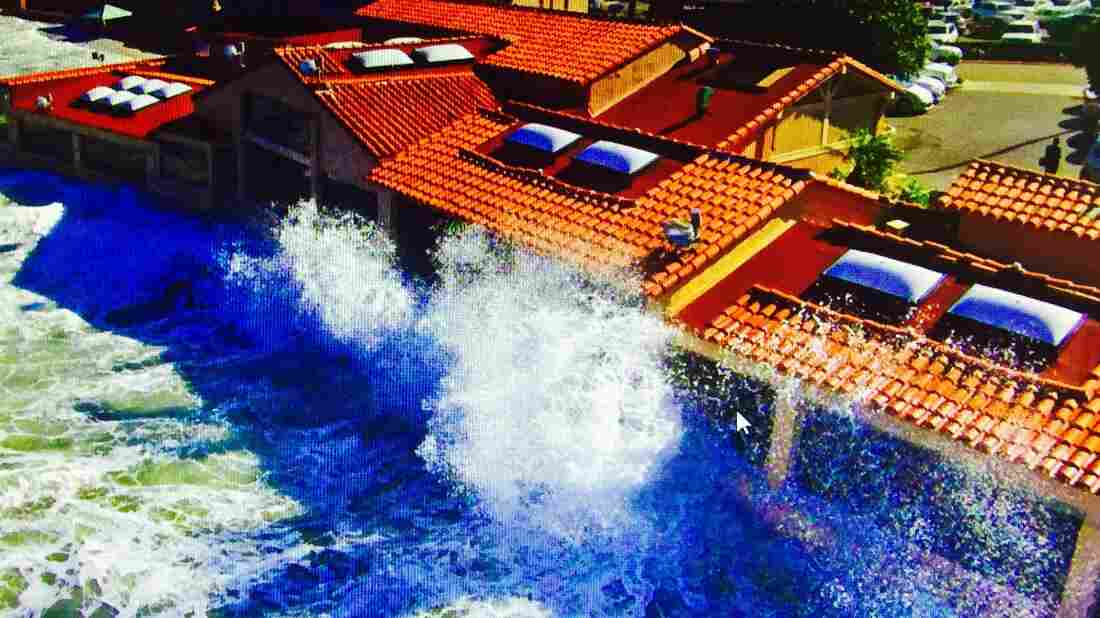 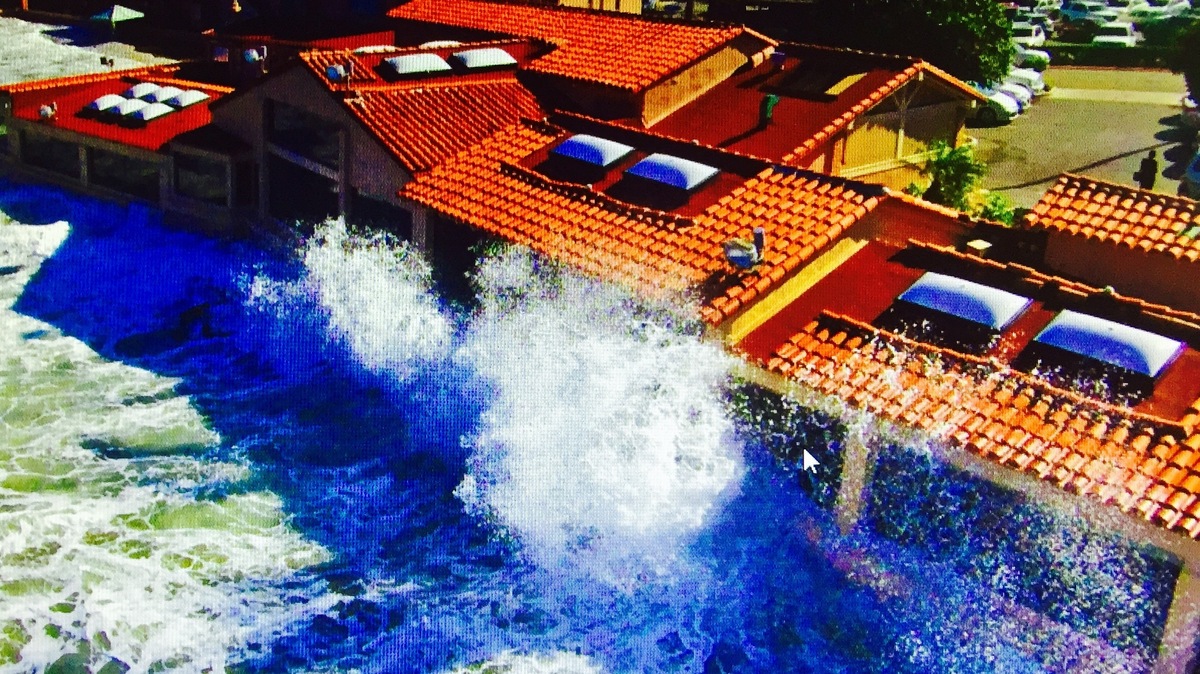 Courtesy of The Marine Room

At The Marine Room in La Jolla, Calif., the ocean and the pounding surf are always on the menu. The 75-year-old restaurant is located right on the beach, and during winter's high tides, waves will break right on the windows.

Hundreds of diners experienced the exciting — and slightly unnerving — view this weekend during High Tide Breakfast at the restaurant.

Guillas has been working at the restaurant for 20 years. He wasn't always this relaxed about having waves constantly crashing on the windows. "The first time I was there I was like, 'Oh my God, there's no way this building is going to make it.' And you know, you just get used to it," he says.

The restaurant's been there since 1941. It flooded in 1982. But they learned their lesson and made some improvements. They installed triple pane glass in the windows, three-quarters of an inch thick. 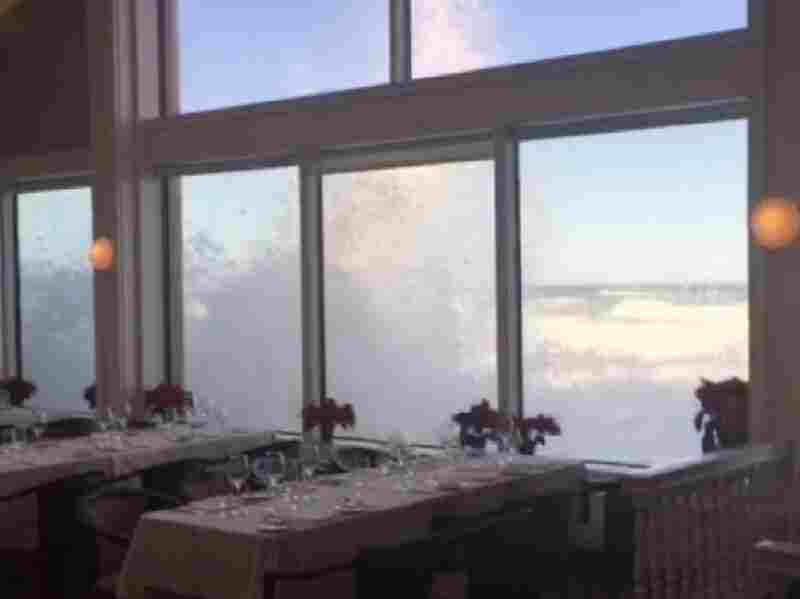 Diners in The Marine Room can sit right next to the waves. Courtesy of Bernard Guillas hide caption 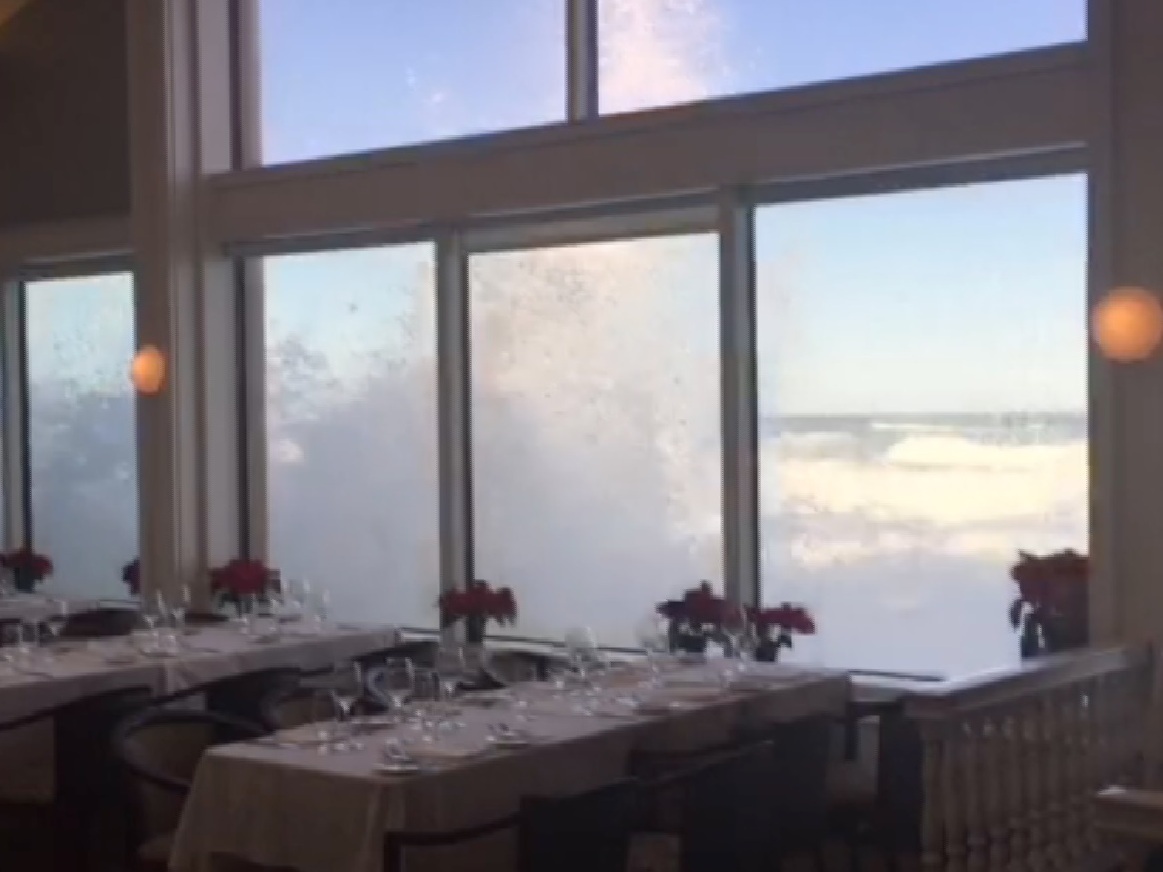 Diners in The Marine Room can sit right next to the waves.

"It's been very very well-built," says Guillas. "The foundation is a bit concave, it means that every time the waves are hitting the building, the energy of the wave is dispersed onto the window, so it's not really heads-on when it comes to the window being hit by the waves."

Waves can sometimes reach heights of 20 feet, he says.

Many of the restaurant's customers come just for the experience. "When they come in, it is just, you hear, 'woah, wow, woo,' and everybody's having a great time," Guillas says. "But one time there was a lady who came in. She had to turn around, she had to get a place away from the window. She was like 'Chef, it's like I'm in a boat.'"

Some of the restaurant's visitors aren't even human. Social media was abuzz with pictures of a baby sea lion who wandered into the restaurant Thursday morning.

"We found her at about 7:45 in the morning," Guillas says. "And I just looked at her said 'Oh. Did you make reservations?'"

As it turns out, the sea lion pup was malnourished and dehydrated, weighing about 20 pounds — half of what she should weigh, according to the Los Angeles Times.

Record numbers of sea pups have come ashore in the past year, according to the Marine Mammal Center. Warm waters caused by El Niño have reduced the the pups' food supply.

The Marine Room's visitor is recovering at SeaWorld. "Her name is Marina and she's doing very well," Guillas says. She is likely to be released in five or six weeks. "And I will be there to do so," he says. "To send her to the open blue ocean."