Accessibility links
5 Ways Bernie Sanders And Donald Trump Are More Alike Than You Think On the face of it, the two hottest candidates heading into the New Hampshire primary couldn't be more different. But there are definite similarities. 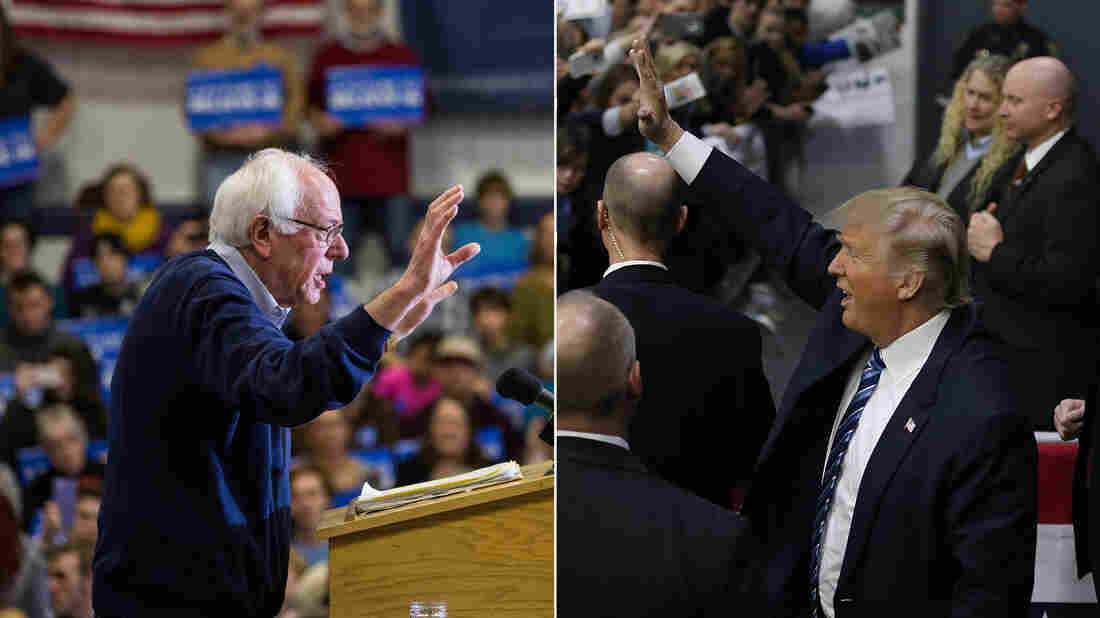 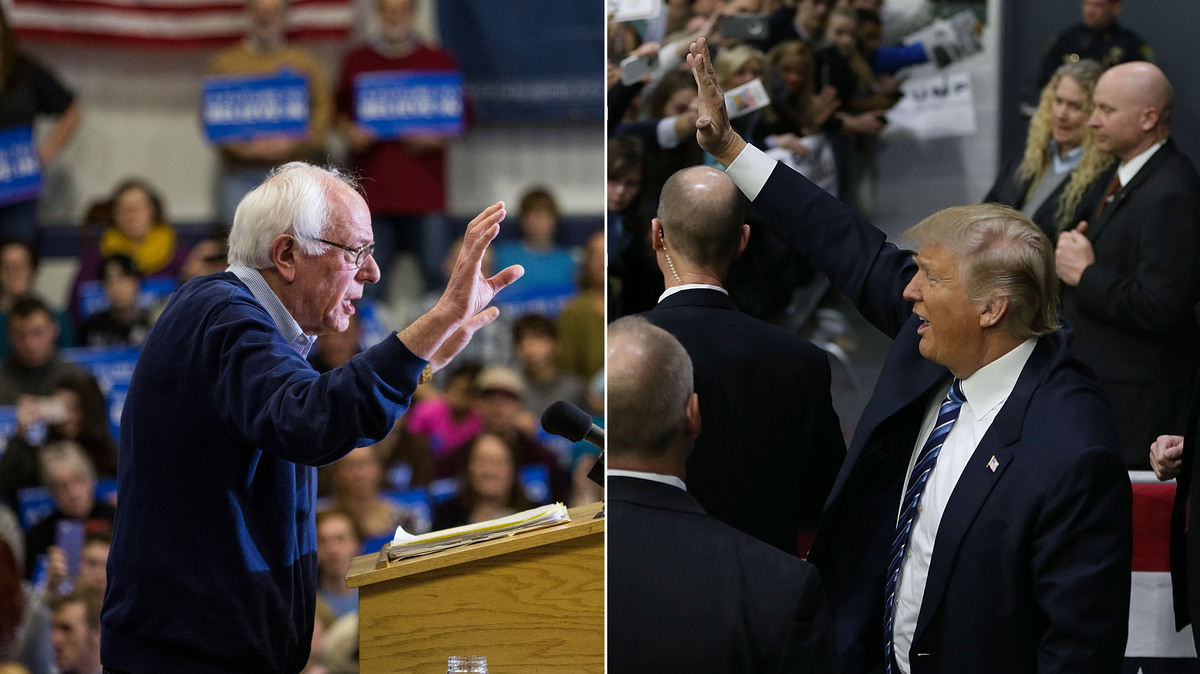 The two hottest candidates heading into the New Hampshire primary Tuesday are Donald Trump and Bernie Sanders. On the face of it, the candidates and their messages couldn't be more different.

One is a billionaire businessman; the other, a career politician who rails against billionaires. But Sanders and Trump actually have more in common than you might think.

First, there are are the obvious similarities. They both have trademark hair and were raised in New York City. And then there's the way they say "huge":

Trump and Sanders are both channeling anger from people who feel the American dream is no longer within reach:

This message is working for both candidates, generating excitement among people, many of whom haven't been in engaged in the political process before.

They are filling concert halls and sports arenas all over the country. Among the people in those crowds, there's a feeling that the political system is rigged, there's so much money in politics. Sanders and Trump both speak to that in the way they've run their campaigns. Trump, who is funding his campaign with his own money and small-dollar contributions, decries the influence of fat-cat donors and superPACs. So does Sanders, who is funding his campaign with more than 3.5 million individual, mostly small-dollar, contributions:

When it comes to policy, there are huge differences on taxes, immigration and social issues. But there are also times when these two candidates may as well be speaking from the same script:

On a handful of key issues that affect the economic security of working families, the similarities are striking. Take trade, for example:

And while many Republicans talk about privatizing Social Security, and some Democrats have looked at changing the way cost of living is adjusted, Sanders and Trump like it just the way it is or want to make Social Security even more generous.

All these issues where Trump and Sanders overlap speak to the insecurity Americans feel about their futures and their disgust with the current system.

Of course, there's one more thing Trump and Sanders have in common — both say they would love to meet on the ballot in November.