Accessibility links
'Mad Max' Director George Miller: The Audience Tells You 'What Your Film Is' Miller, who directed the first Mad Max film in 1979, says it will be a few years before he has any idea as to whether Mad Max: Fury Road "endures in some way." 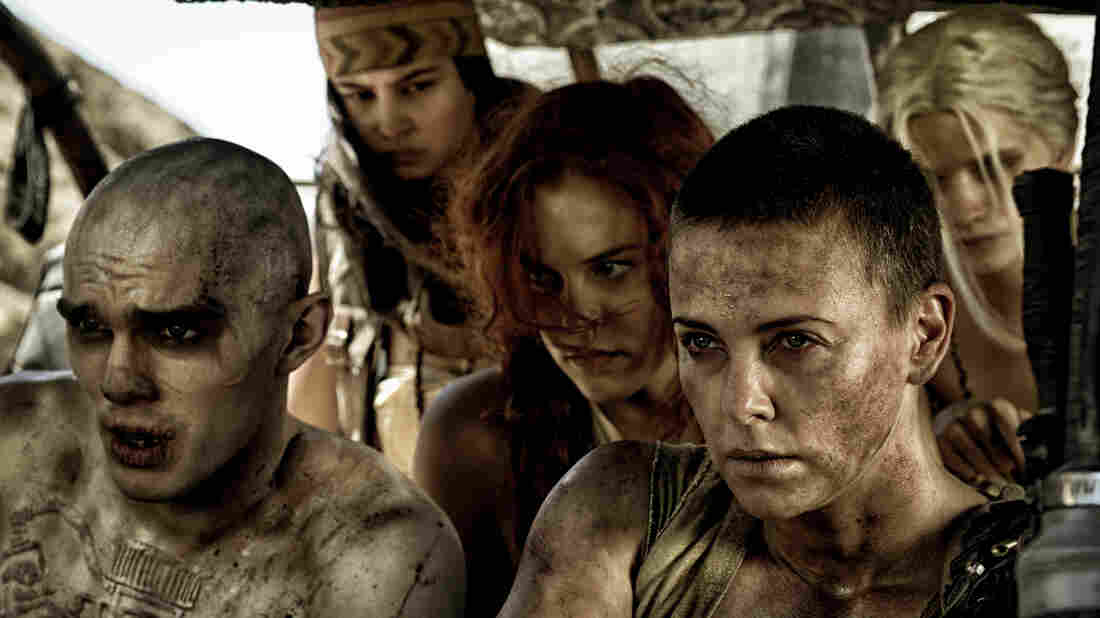 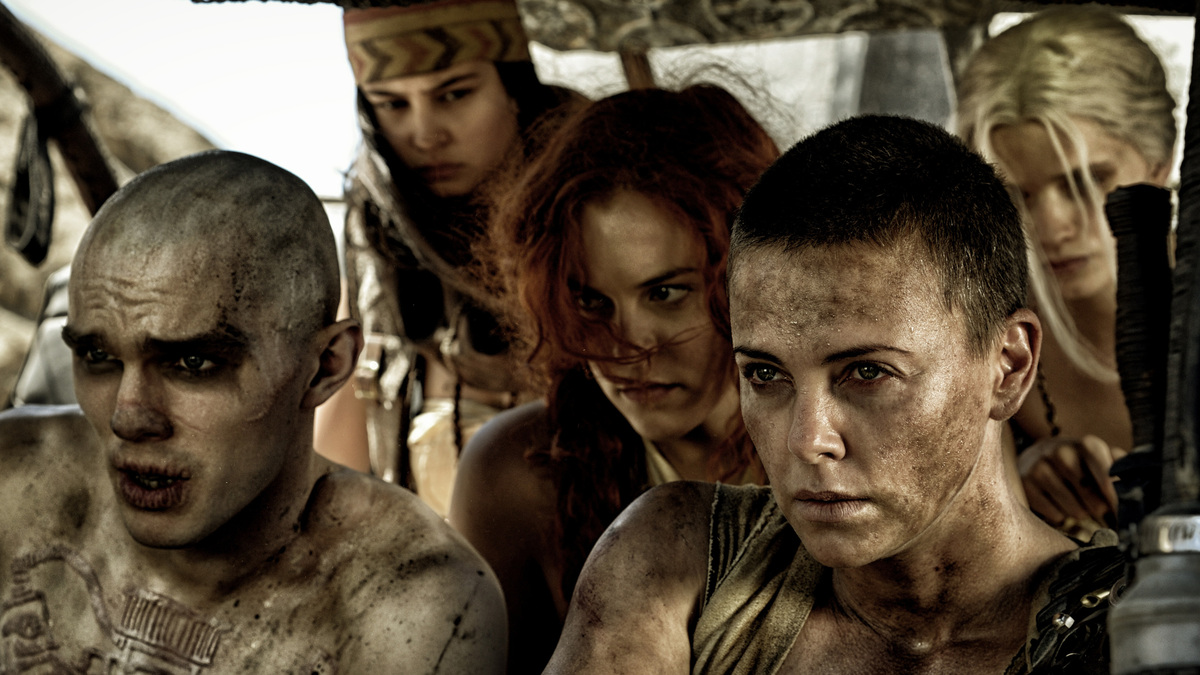 George Miller's latest Mad Max film, Fury Road, has been nominated for 10 Academy Awards, but the director still isn't sure how the movie will hold up over time.

Miller, who directed the first Mad Max film in 1979, says that a film's reception changes with time. "First of all, people write about it in reviews and ... [then] after a while the audience starts to tell you what your film is," Miller tells Fresh Air's Dave Davies. "But ... it will be a few years before I or anyone else will have any idea as to whether [Mad Max: Fury Road] really stuck."

On the surface, it seems as if Mad Max: Fury Road has "stuck." The film, which tells the story of a post-apocalyptic road warrior (played by Charlize Theron) on a mission to liberate the wives of a tyrannical warlord, recently won a Screen Actor's Guild Award for its stunt work and is in the running for the Academy Award for best picture. Still, Miller says he feels "quite taken aback" when Fury Road fans stop him to show him tattoos inspired by the film.

"I'm thinking, "Oh, tattoos are permanent and I hope the film sort of endures in some way so that they don't have to get them removed so painfully later on,' " Miller says. 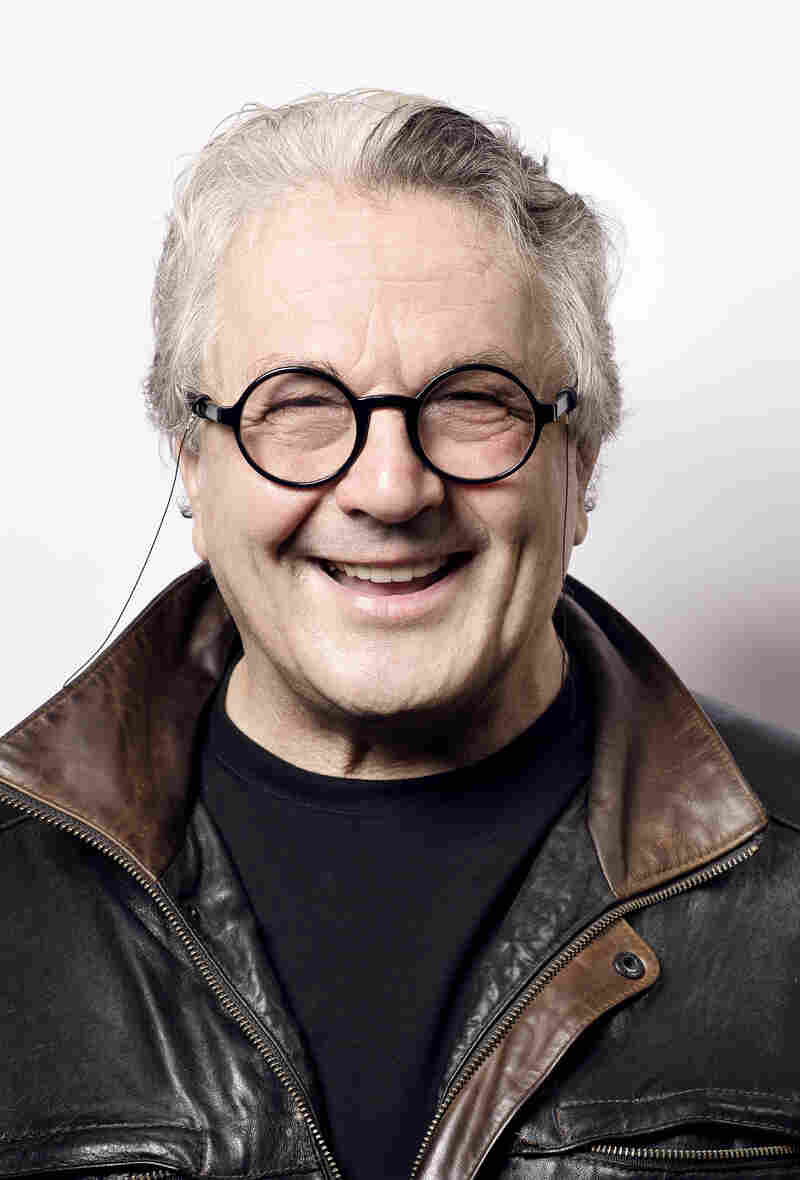 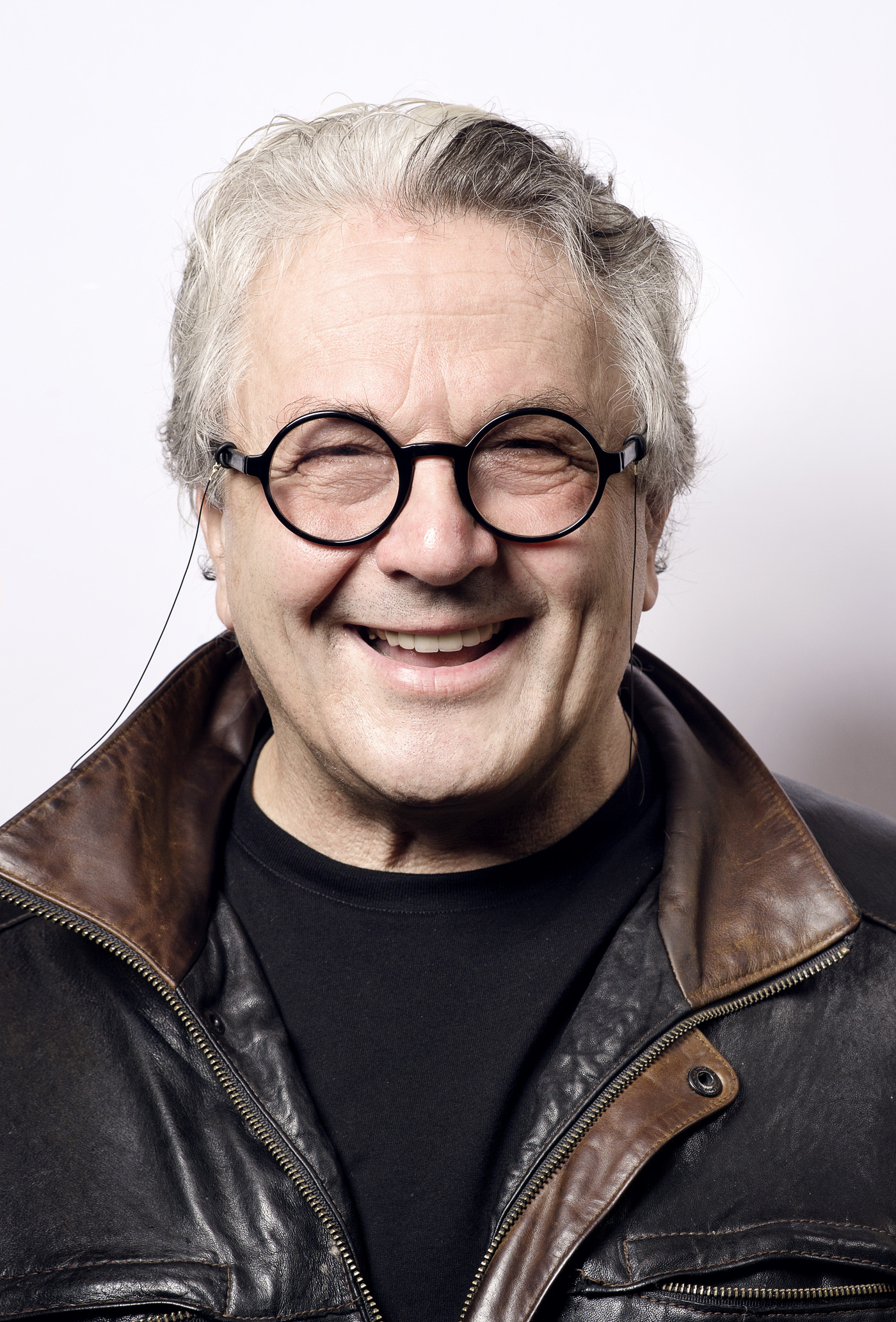 George Miller is the Academy Award-winning director of the Mad Max films as well as Babe and Happy Feet.

On filming the stunts in an "old school" way

It's a film in which we don't defy the laws of physics. It's real people in a real desert; there's no men in capes flying around or space vehicles and so on, so it wouldn't make a lot of sense to shoot it all digitally, or a large part of it, because it would lose a lot of authenticity. ... Despite the amazing advances in 15 to 20 years of the digital world in filmmaking, it's still very difficult to make something feel really authentic. So we chose to do it old school and that means going out to a remote location with endless deserts and have real vehicles and human beings in that landscape.

With a film like this where it's a long shoot, it's 120 days out there, every day is a big stunt day, so you have to be almost fanatical about preparation and safety, otherwise things could go horribly wrong. So everything was very well rehearsed, very well prepared, and we had a wonderful stunt crew and rigging crew and effects crew out there and it got to the point where, with proper preparation, you're able to sort of get the actors who — all of them are pretty physical, athletic people in a lot of the shots. There's a moment when you see Max hanging upside down between the wheels of this war rig inches off the ground, while it's moving, it's going fairly fast, well that's Tom Hardy there, but he has two very, very secure harnesses supporting him and also nowadays you can erase [the harnesses] very easily, whereas in the past you couldn't.

On casting Charlize Theron as Furiosa

Charlize, actually, was the only actor I thought about for this role. She's somebody who's got a lot of stature physically and in her spirit, and she's pretty uncompromising. She shaved her hair, she said Furiosa would not worry about hair in the heat and the dust, and it required a bit of immersion from the actors and Charlize is one of those people who was able to do that.

On whether he sees Mad Max: Fury Road as a feminist story

Not overtly. I was very interested in the character and in the way that the Max stories are told — basically they're allegorical stories in the same way that the classic Western was that. Max is a character who gets swept up into this story who is that sort of wanderer in the wasteland, looking for some sense of meaning in a very stark world and he gets caught up in their story and because "the MacGuffin," as Hitchcock used to say, the thing that's in conflict is human and female, it just evolved — the characters go, they take you along in the story and that's sort of the sense that she was somehow a really interesting action hero female just arose organically out of the story. The feminist notions of the movie were the same, it was never the first agenda of the film, it was always story-driven and the rest followed.

It occurred to me that we needed somebody to really help the female actors find a way into their characters and their world, because everybody in this story, except Immortan Joe, is in some way a commodity. ... As it happened, I was listening to the radio down in Australia and Eve [Ensler], who is extraordinary in the work she does for human rights in Africa ... she just happened to be in the Republic of Congo around about the time we were in Namibia while we were preparing to shoot the movie. And she gave us a week in the middle of a very busy schedule and she came down and she ran wonderful workshops — a lot of them were quite intimate with just the five girls, and by osmosis it crept into the movie. I'm quite certain of that. ... A sense that this story is one that has been fairly constant throughout history, meaning that women and indeed other human beings, have been basically the goods and chattels of the powerful.

People do look at me weirdly. Even my mother said, "When you started making the Babes and Happy Feets I thought you were calming down, in some way, but then she saw the latest, Fury Road, she said, "Sometimes I wonder what goes on in your head."