3 Tiny New Hampshire Towns Voted At Midnight. Do They Predict Anything?

3 Tiny New Hampshire Towns Voted At Midnight. Do They Predict Anything? 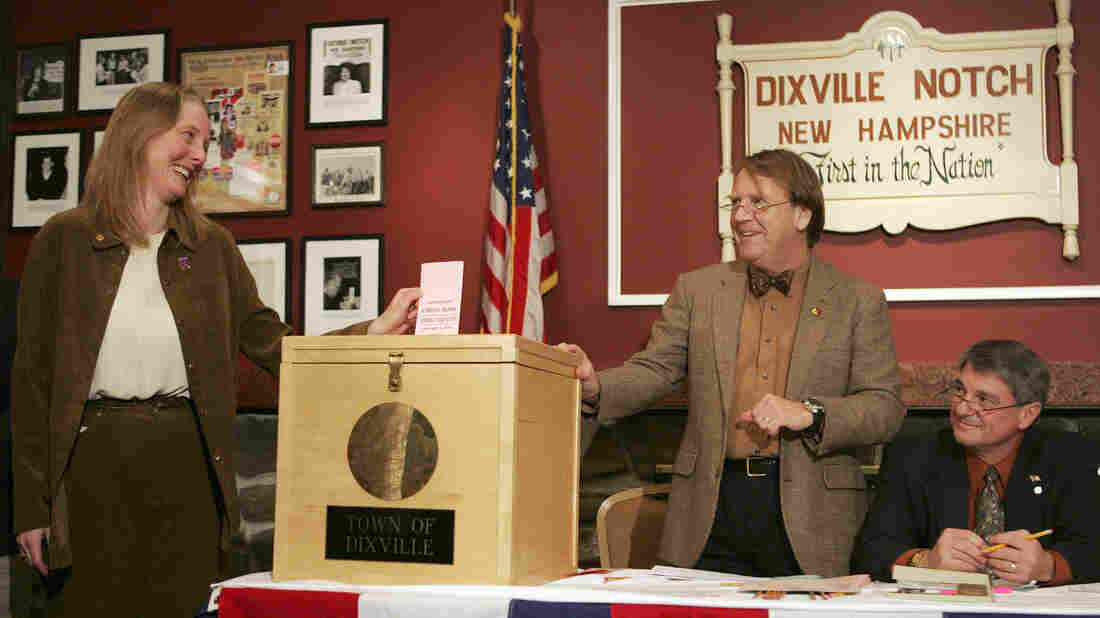 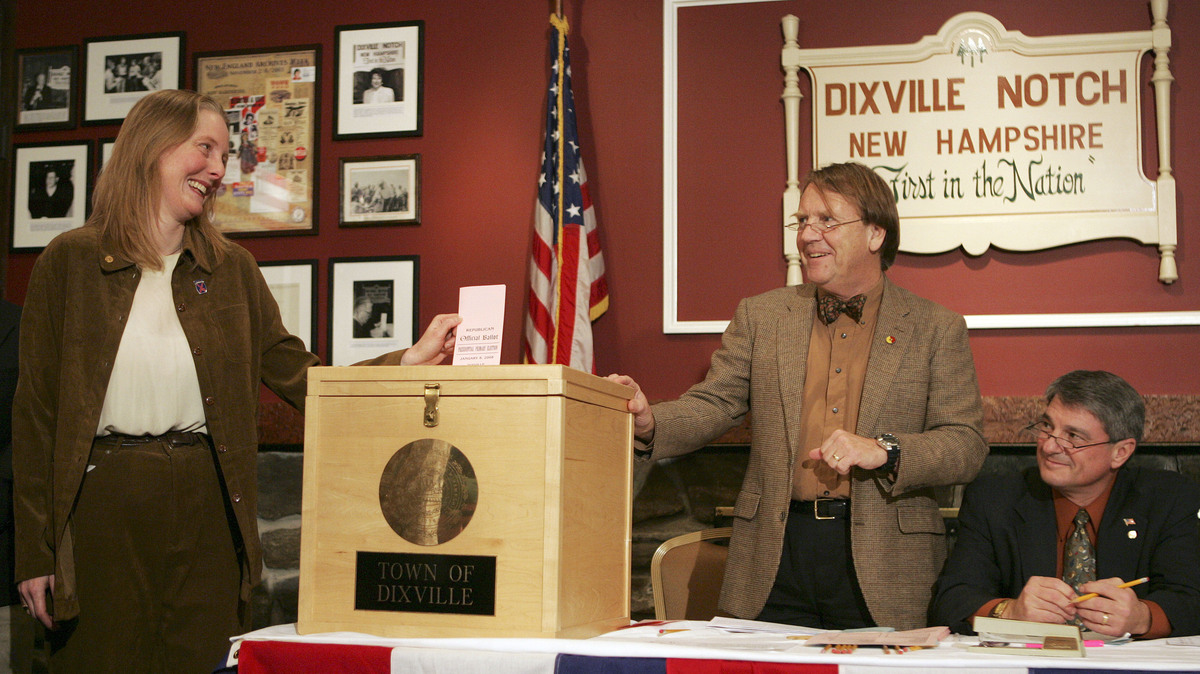 In Dixville Notch, N.H., in 2008, Tom Tillotson (center) watches as Donna Kaye Erwin casts the first ballot for the nation's first primary. That year, the tiny town picked Barack Obama over Hillary Clinton, 7-2; but Clinton went on to win the state primary.

They say when Punxsutawney Phil sees his shadow, it means six more weeks of winter.

But as with Pennsylvania's groundhog, the results — three votes for John Kasich, the only candidate to visit the town, and two for Trump, along with four for Bernie Sanders and zero for Hillary Clinton — are not necessarily predictive.

The town's 100 percent turnout is quite impressive, if you don't consider that it hit its 38-vote peak in 1988, according to The Boston Globe. (The Globe also reported that only 10 will vote in the town this year.)

These few votes will make headlines Tuesday morning, as they do every four years.

But Dixville Notch has proven less than reliable at predicting what will happen later that day as the rest of the state wakes up and waits hours to cast their ballots.

So why all the attention? Because it's proven to be pretty good at predicting what will happen later that spring (better than the groundhog). The tiny mountain town near the Canadian border, with a population that has dwindled to 12, has the distinction of correctly predicting the eventual Republican nominee in every election since 1968.

(There have been two ties in its history, though — in 1980 between George H.W. Bush, who did not become the nominee, and Ronald Reagan, who, of course, did; and in 2012, between Mitt Romney and ... Jon Huntsman, who got two votes each.)

That predictive power explains why Dixville Notch's results might get more attention early Tuesday than the other two towns to vote at midnight. 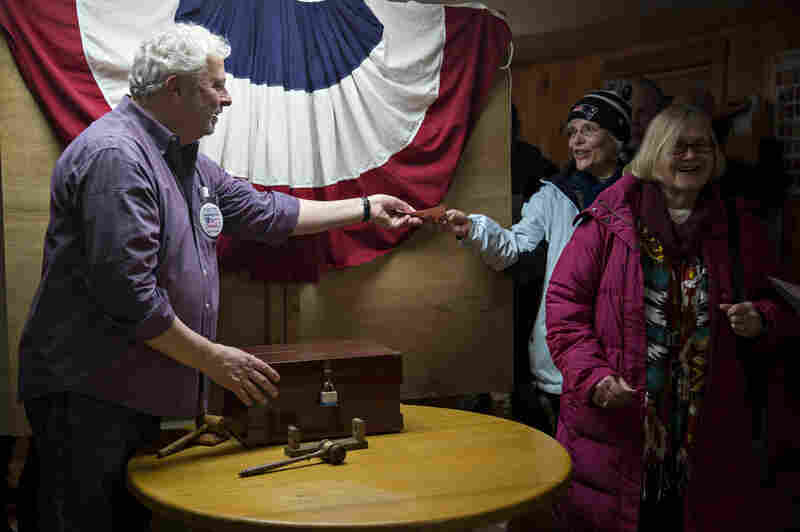 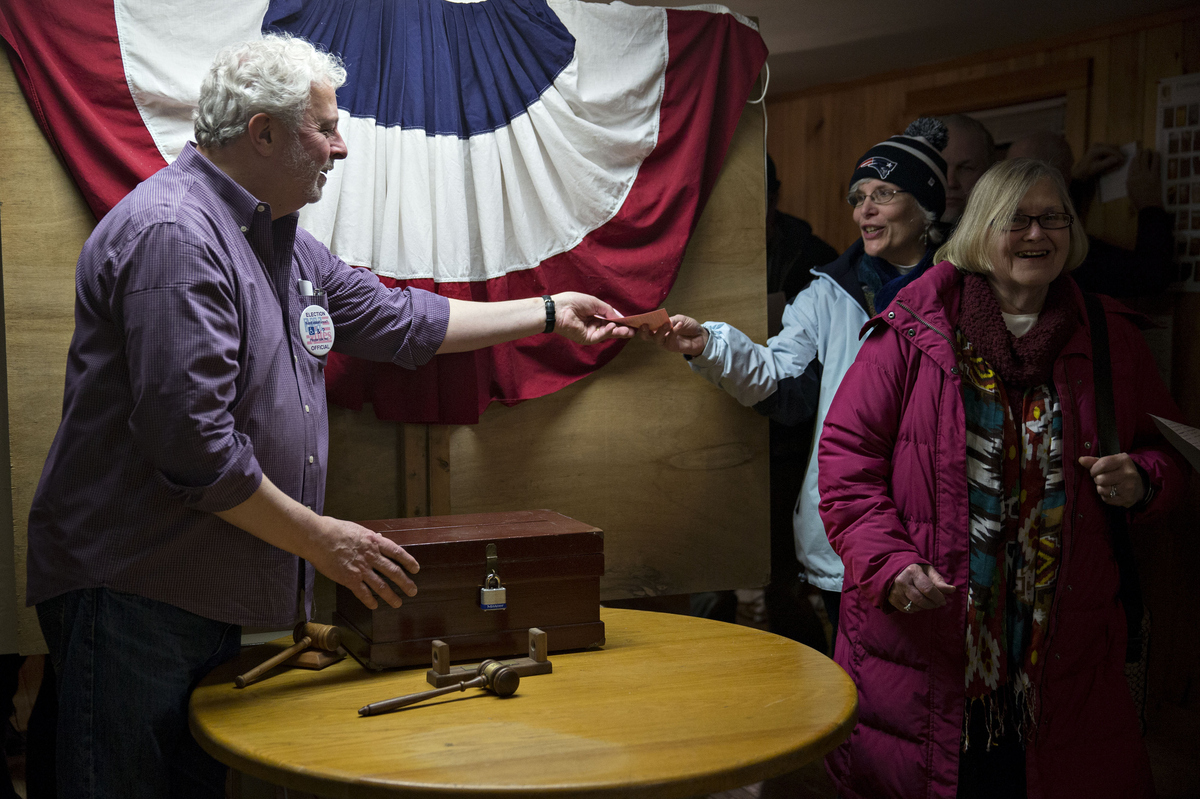 In nearby Millsfield, local Republicans gave half their 18 votes to Ted Cruz and three to Donald Trump while scattering the remaining votes across six candidates, including recent dropout Rand Paul. Clinton got two votes there to Sanders' one.

Hart's Location, farther south, is the third town that has cast ballots. Kasich got five votes there, Trump four, Chris Christie two, and Jeb Bush, Ben Carson and Marco Rubio got one each. On the Democratic side, Bernie Sanders got 12 votes while Clinton got seven. Mark Stewart Greenstein, a Democratic candidate from the Live Free or Die Alliance, also got two votes.

In 2008 in Dixville Notch, Barack Obama won 7-2, though Hillary Clinton went on to win the primary later that night. In 2000, George W. Bush took Dixville's primary, though John McCain took the state. Four years ago, Huntsman tied Romney. And Wesley Clark topped the votes on the Democratic side in 2004.

After Obama's landslide five-vote win in 2008, FiveThirtyEight's Nate Silver bluntly assessed whether Dixville Notch was at all predictive in primaries.

"In a word: No," Silver wrote. "There's no historical relationship between the performances of the two major-party candidates in Dixville Notch and their performances in the rest of New Hampshire — never mind the rest of the country."

Of this year's presidential hopefuls, so far only Republican candidate John Kasich has visited the town.

As noted above, two other communities, Millsfield and Hart's Location, also take part in the midnight tradition Tuesday. Hart's Location began midnight voting in 1948, though it gave it up for many years starting in 1964. A state law allows any small town with fewer than 100 voters to open polls at midnight and close them as soon as all registered voters have cast ballots.

Political nerds and Aaron Sorkin fans may remember the West Wing episode, "Hartsfield's Landing," a fictitious nod to these small towns in New Hampshire. In it, Deputy Chief of Staff Josh Lyman describes the small town of 42 people (Hart's Location has 41) that votes at 12:01 a.m. and reports results at 12:07 a.m., giving the press something to talk about for 21 hours before anything else happens. At the end of the episode, a reporter describes the scene at the ballot location:

"Two roads, no traffic lights, a filing cabinet and a countertop in the clerk's basement. But Hartsfield's Landing, New Hampshire, is where democracy begins for the world's only superpower. It's 12:01 a.m., and the registrar of voters — who's also the principal and only teacher at the Hartsfield's school — calls the roll of voters."

On the show, the fictional town had correctly predicted the presidential election — not just the Republican nominee — every year since William Howard Taft.