Accessibility links
These Are The New Hampshire Towns To Watch On Primary Night Republicans will be looking at the southern part of the state, while Democrats will be fighting it out in college communities and blue-collar towns.

Downtown Rochester, N.H., where voters will take part in the nation's first primary on Tuesday.

This story was originally posted on the website of member station NHPR:

If you want to know whether Hillary Clinton will stay close to Bernie Sanders in New Hampshire on Tuesday or are looking for an early hint of how the Republican race will end up, here's a tip: Keep an eye on Rochester.

This blue-collar city, evenly split between Republicans and Democrats, has picked the winners in each party's presidential primary since 1972 — with one exception: the 1992 Democratic race, when it chose Bill Clinton (who lost the primary to Paul Tsongas).

But there are places other than Rochester to watch, if you want an early read on the statewide results. When polling places close Tuesday night, you can cut through many of the incoming numbers and focus on just a handful of towns whose voting histories provide a lens through which to read this year's results.

The maps below guide you through those towns, providing a cheat sheet of sorts for primary night.

The main categories of key communities in the Democratic race are:

Hover over a colored-in city or town on each map for details on that community's electorate and why the results there matter. 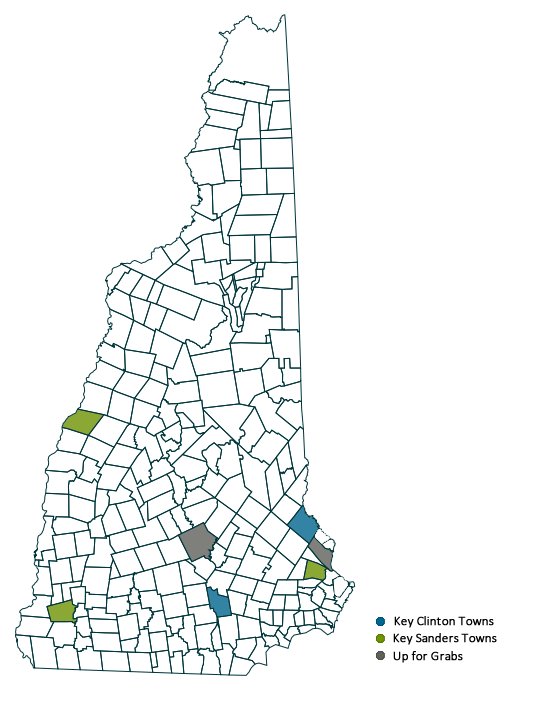 These places all played critical roles in determining the outcome of the 2008 Democratic primary between Clinton and Barack Obama. Also, each represents a different segment of the Democratic electorate: young voters, middle-class voters and educated professionals.

There's also Manchester, which provided the foundation of Clinton's 2008 primary victory. A strong performance by either candidate here could wipe out advantages across much larger geographic areas by his or her opponent.

Republican primaries in New Hampshire are won or lost in just a handful of regions: there's the city of Manchester, which no presidential primary winner has failed to capture in more than 40 years. There's also the chunk of suburban towns between Manchester and the Massachusetts border, rich with Republican voters. But Manchester and its suburbs have very different voting patterns when it comes to GOP politics.

And much like in the Democratic race, the state's old mill cities may also play a crucial role in this year's GOP race. As we said earlier, don't take your eye off Rochester if you're eager for an early read on the state of the race. 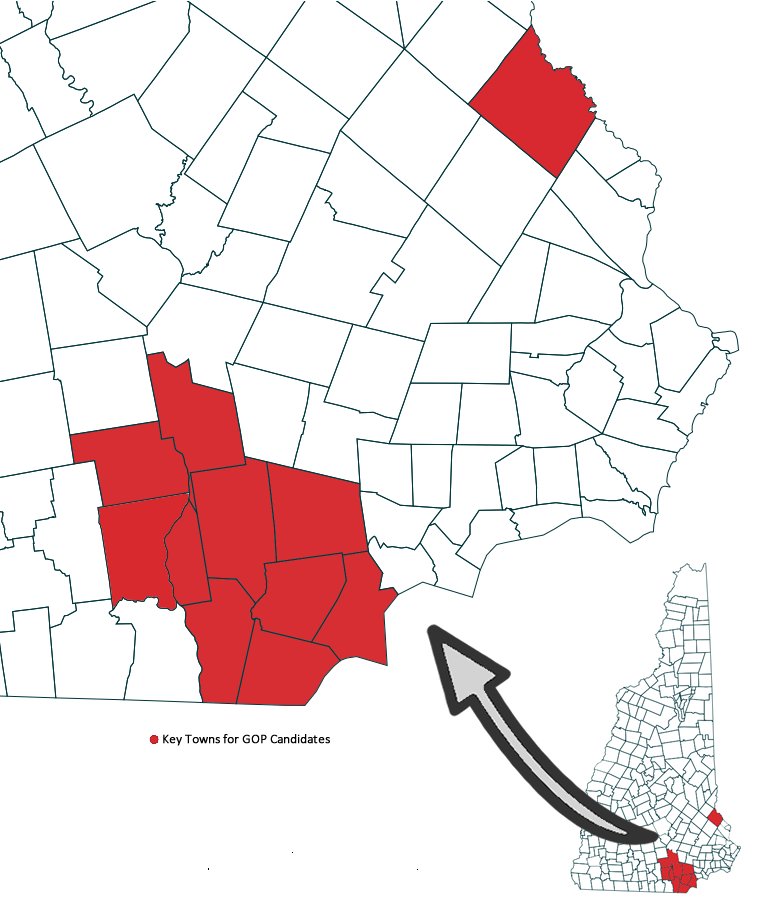