Accessibility links
4 Things The New Hampshire Primary Will Tell Us Did Rubio do serious damage during Saturday's debate? Does Trump need a better ground game? Will Sanders ride a huge win into other states? And how many more Republicans will leave the race?

4 Things The New Hampshire Primary Will Tell Us

4 Things The New Hampshire Primary Will Tell Us 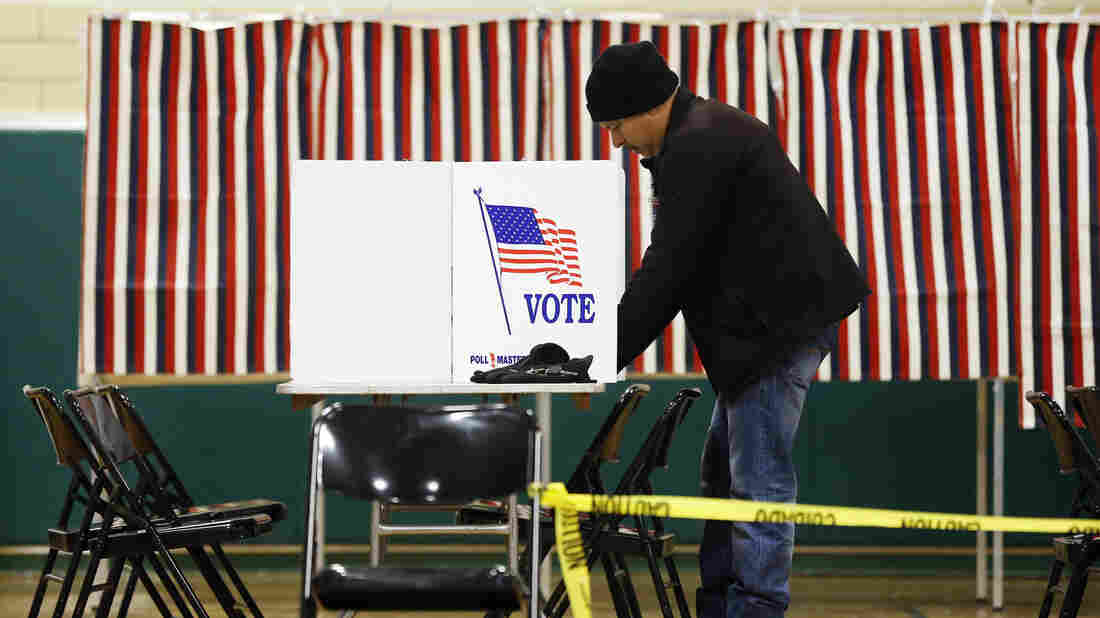 The polls are open in New Hampshire. A voter marks his ballot in the first-in-the-nation presidential primary Tuesday. Matt Rourke/AP hide caption 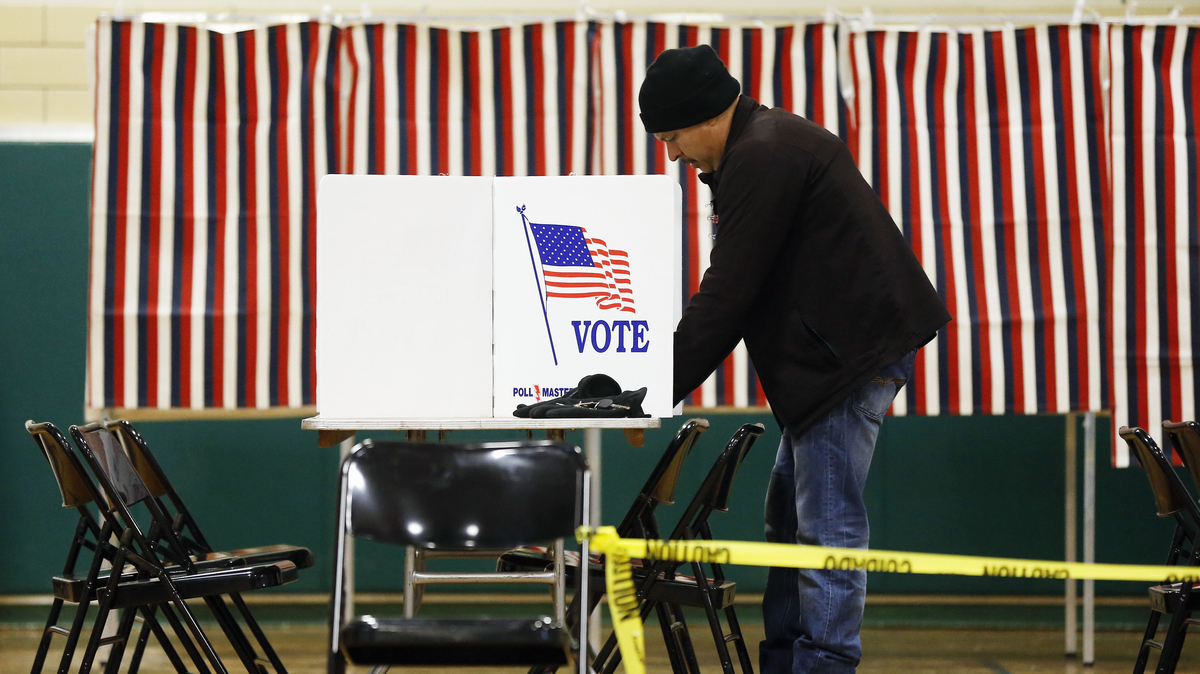 The polls are open in New Hampshire. A voter marks his ballot in the first-in-the-nation presidential primary Tuesday.

New Hampshire voters go to the polls Tuesday, and they will resolve a lot of questions. Here are four things the first-in-the-nation primary will tell us:

1. How much damage did the last debate do to Marco Rubio? 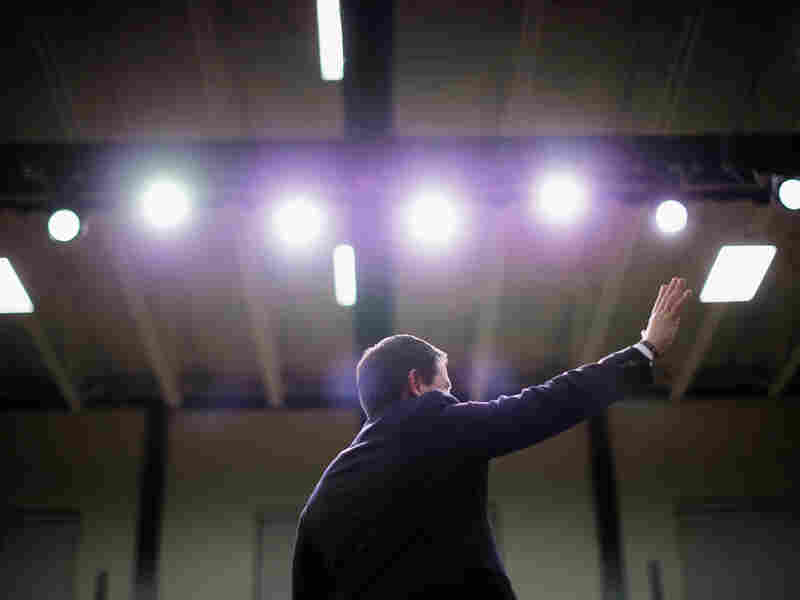 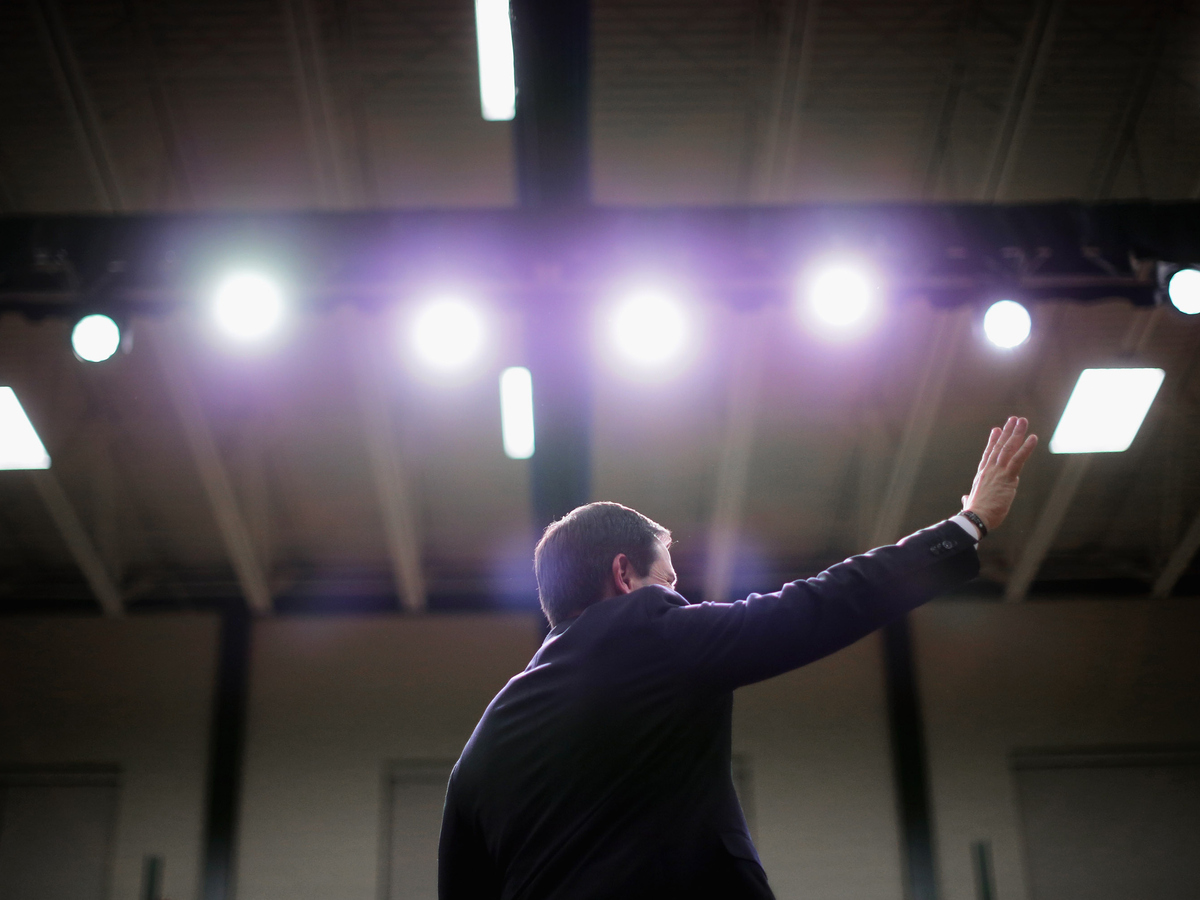 Rubio came into New Hampshire with a head of steam. He quickly moved into second place in the polls, and there was even some hope he could overtake Donald Trump in the Granite State. But then, the needle got stuck on his talking points in the ABC debate on Saturday, earning him the worst reviews of his — until now — charmed presidential run.

Eager to dispel the perception that he's "a broken record in an empty suit," Rubio's campaign has been denying the debate was a disaster — and lowering expectations. In an interview with NBC on Monday, Rubio seemed to be giving up on his hope of becoming the clear establishment alternative to Trump and Cruz after New Hampshire, saying the race was going to go for a while longer. Few tracking polls were in the field after Saturday's debate, so it's hard to measure whether Rubio's shaky performance hurt him with voters. We'll find out tonight. 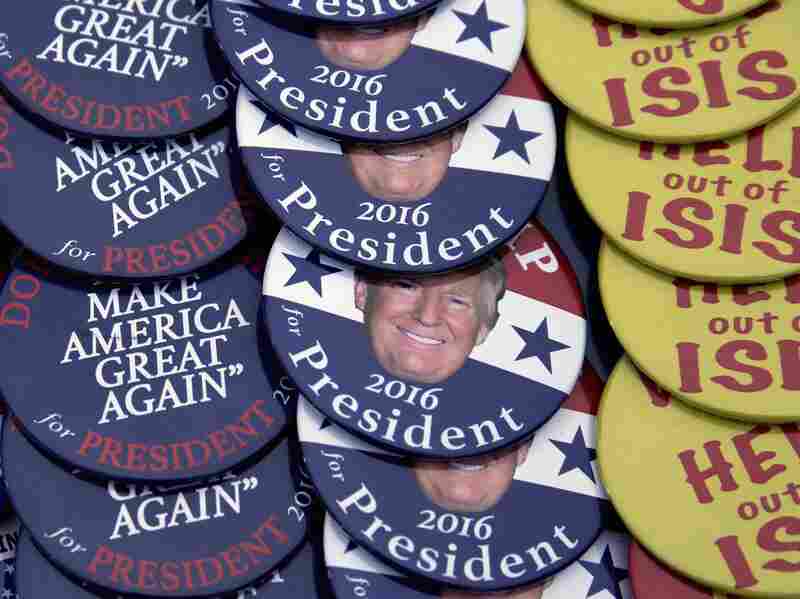 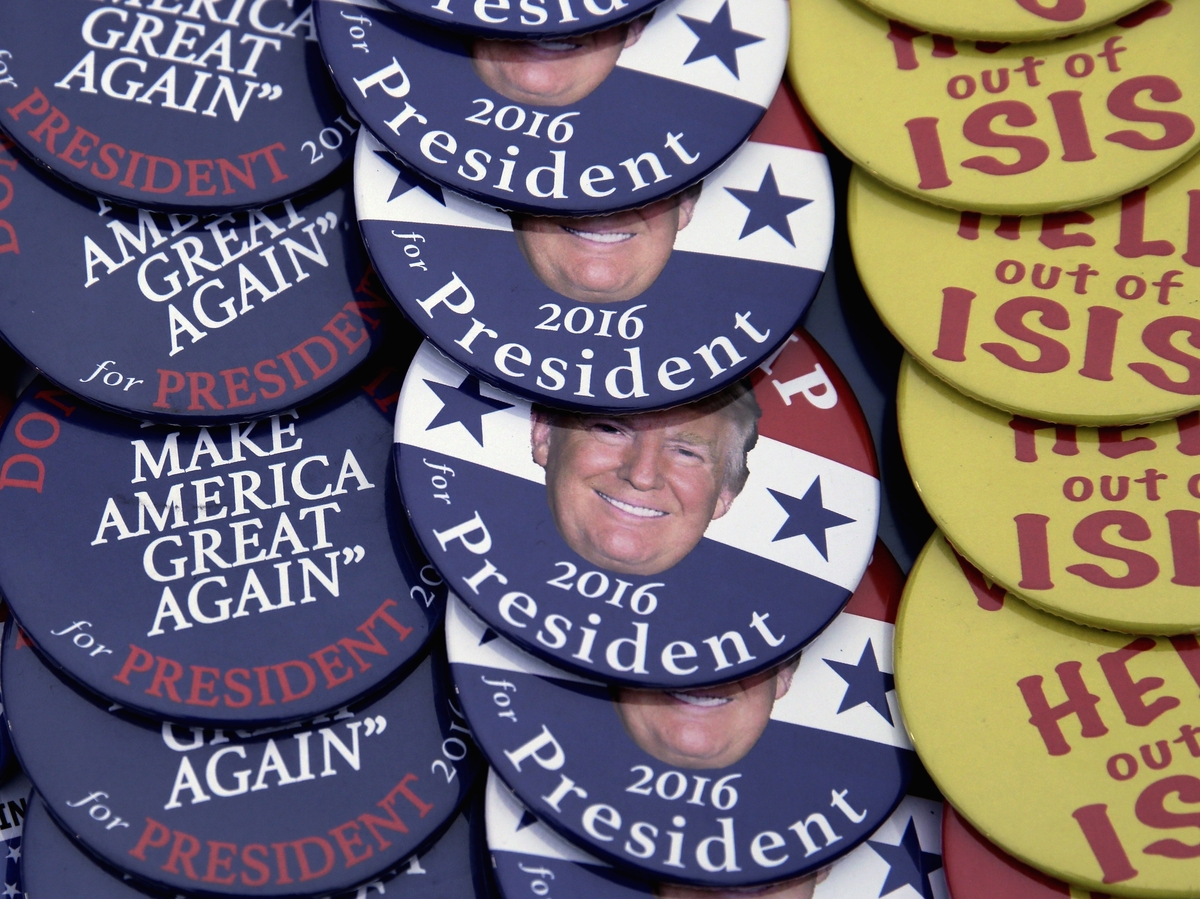 Pro-Donald Trump campaign buttons are displayed for sale at an Elks Lodge in Salem, N.H.

He certainly did in Iowa, where his lead disappeared at the end. Trump has said he wasn't even familiar with the term "ground game," but has now invested more in get-out-the-vote infrastructure in New Hampshire. Still, he is relying most on his own popularity — he's called himself "the product" — and his commanding lead in the polls. No poll has shown Trump's big lead in New Hampshire sliding, but New Hampshire voters are famous for making fools of pollsters — and front-runners.

3. How badly wounded is Hillary Clinton?

Clinton expects to lose to Bernie Sanders. Tomorrow's results will tell us by how much. Margins matter. Her minuscule victory in Iowa gave her no momentum at all in New Hampshire. So a big, double-digit win for Sanders would give him a huge boost heading into next week's Nevada caucuses, where the Clinton campaign is hoping its union-based "firewall" is still strong. 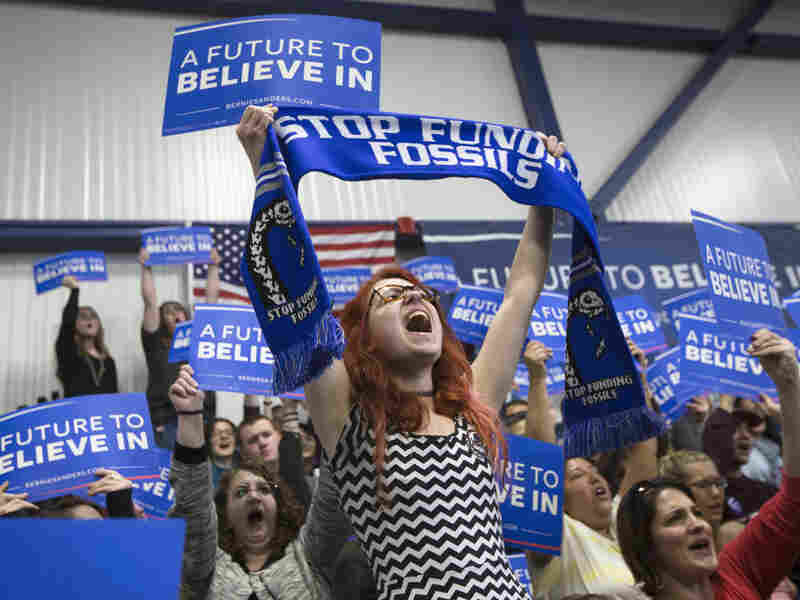 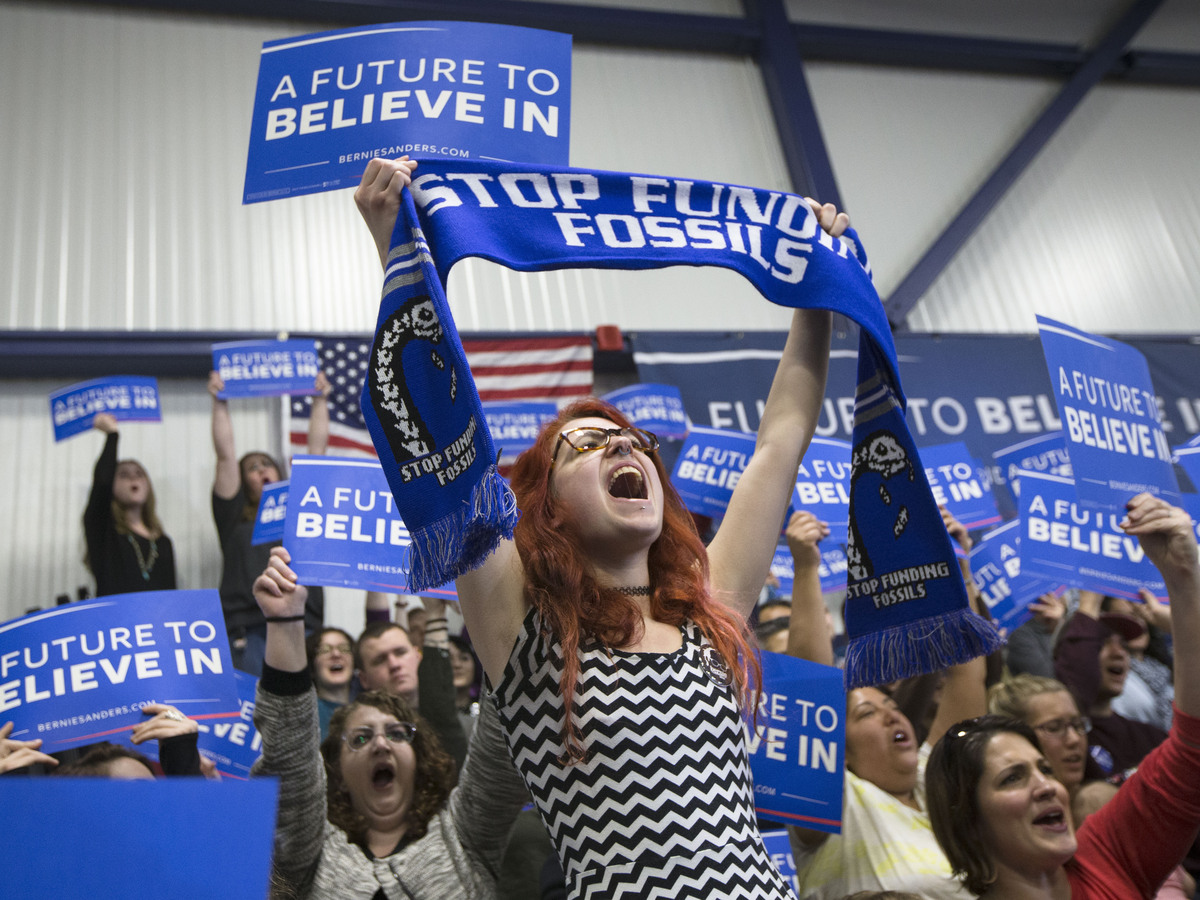 A Bernie Sanders supporter cheers as the Vermont senator speaks in Portsmouth, N.H.

If she can close the gap in New Hampshire — even by a little — and hold Sanders' lead to single digits, she will be able to boast that she pulled off a little bit of yet another Clinton comeback.

4. How much (or how little) will the GOP field shrink?

Before Saturday's debate, many people were expecting the GOP field post-New Hampshire to be a three-man race — Trump, Ted Cruz and Rubio. But if one or more of the governors place in the top three, or even four, they may refuse to drop out until after South Carolina.

Ohio Gov. John Kasich, former Florida Gov. Jeb Bush and New Jersey's Chris Christie all say they are going on to South Carolina, but if they don't place in the top tier, their fundraising will evaporate, and there will be tremendous pressure on them to get out. New Hampshire voters could decide how big the GOP field is going forward.