Accessibility links
Interview: Alvaro Enrigue, Author Of 'Sudden Death' "It's a little space, well-measured and precise, in which you have to keep the ball bouncing," says Álvaro Enrigue. His book, Sudden Death, pits the Italian painter against the Spanish poet. 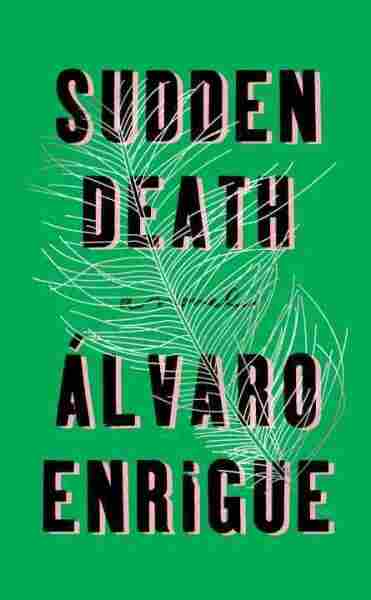 The new novel from Mexican writer Álvaro Enrigue is full of characters you'd recognize, among them Mary Magdalene, the painter Caravaggio and Henry VIII's wife, Anne Boleyn. The book, Sudden Death, begins with a tennis match between Caravaggio and Spanish poet Francisco de Quevedo, played with a ball made from Boleyn's hair. The match is a metaphor for history's imperial forces.

"That's the privilege of the novelist," Enrigue tells NPR's Ari Shapiro. "You can do whatever you want with historical characters."

On the similarities between the game of tennis and history's empires

There is this brutal side to tennis. It was invented as a game for kings and cardinals and people with a lot of power who didn't have to share the field with other players. But there is, too, this brutality of the loneliness of the tennis player that I was interested in using as a metaphor of the brutalities of the lives of the people who gave us the modern world, no? The people involved in the tennis game in the novel are the people that I think [of] as the founding fathers and mothers of the world we live in.

You have the tennis court that is like a sonnet. It's a little space, well-measured and precise, in which you have to keep the ball bouncing.

So in the novel, you have the tennis court that is like a sonnet. It's a little space, well-measured and precise, in which you have to keep the ball bouncing. And objects from that world that was becoming more brutal everyday begin to arrive to the court.

On how books can change reality

In the 19th century, [which] was tremendously rocky and difficult for the Latin American countries, there were all these pre-modernist writers who wrote about cities that they didn't live [in], of course, but that they could dream about. So if you read the poets of the 19th century in Latin America, you would see that Havana or Mexico City or Buenos Aires are incredibly modern and global cities that they were not. And eventually they became real, and they became real because people read these books and tried to live in a better world.

I'm sure that the novel is such a powerful critical tool that we can all help a little bit. ... I cannot be a politician. I could not — I always say what I think, so I would be out of question as a politician. I was not able to be the front forward of a soccer team — that is a way to make people super happy every Sunday. What I can do is tell stories and try to put my coin in that discussion.