Accessibility links
U.S. Churches Offer Safe Haven For A New Generation Of Immigrants A dozen congregations are harboring immigrants facing deportation. It echoes the sanctuary movement of the 1980s, when hundreds of churches sheltered Central Americans escaping war and violence. 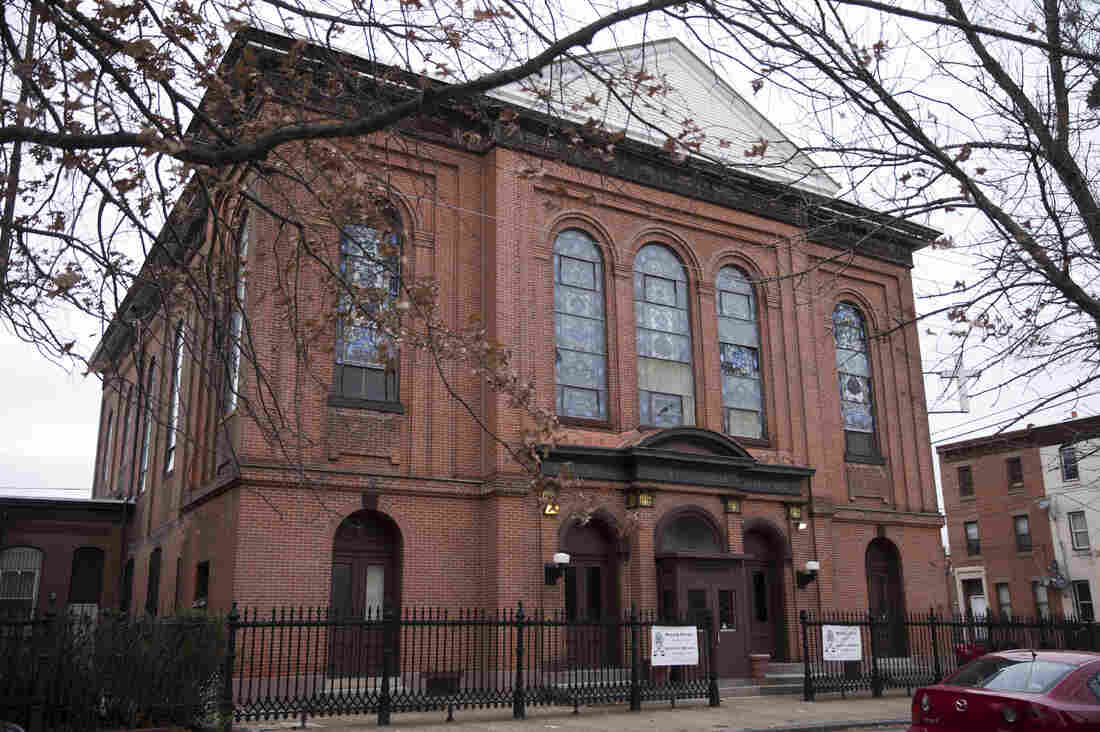 The West Kensington Ministry church in Philadelphia, seen here in 2014, is one of about a dozen churches offering sanctuary to Central American immigrants who are under deportation orders. Matt Rourke/AP hide caption 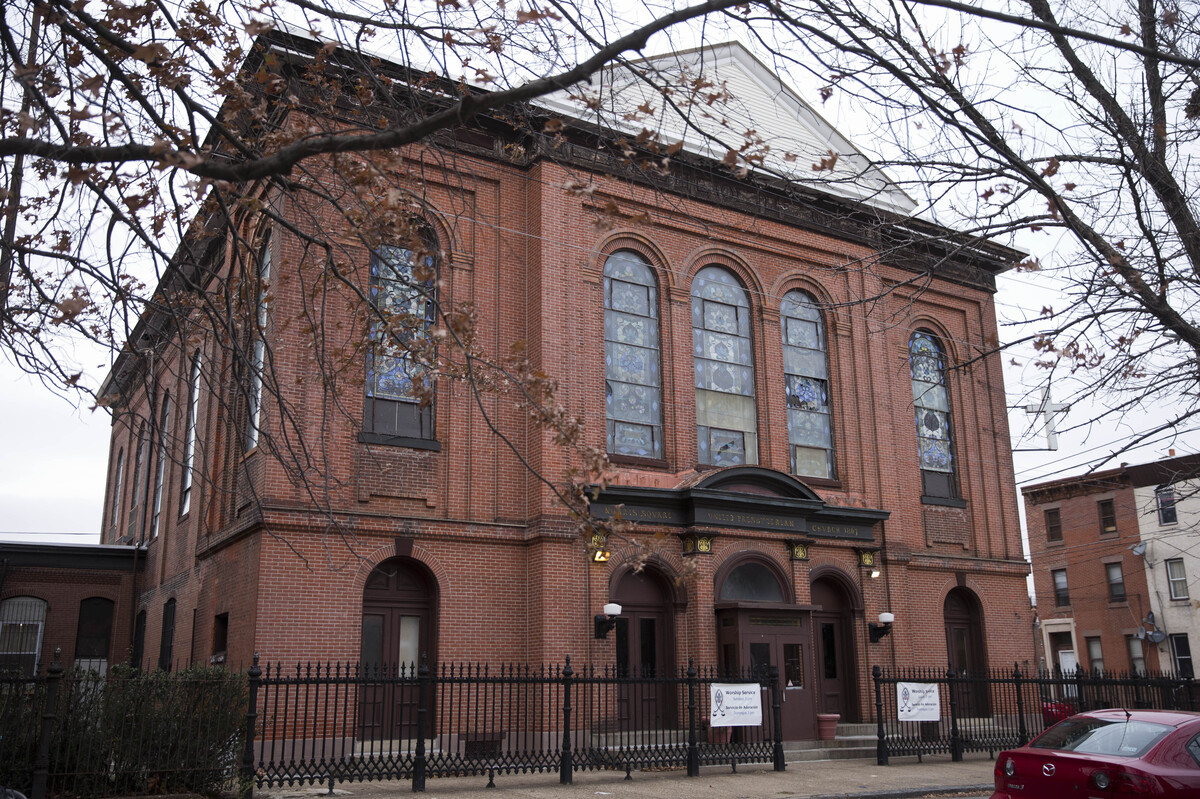 The West Kensington Ministry church in Philadelphia, seen here in 2014, is one of about a dozen churches offering sanctuary to Central American immigrants who are under deportation orders.

U.S. churches are again defying federal immigration authorities. Across the country, a handful of congregations are opening their doors to offer safe haven to Central American immigrants who entered the U.S. illegally and are under deportation orders.

The new sanctuary movement echoes an earlier civil disobedience campaign by churches in the 1980s.

The newest church in America to openly challenge federal immigration laws is St. Andrew's Presbyterian in Austin, Texas. Ten days ago, the congregation took in Hilda and Ivan Ramirez, a Guatemalan mother and her 9-year-old son.

"I'm really afraid that they'll deport me. That's why I came here," she says, sipping coffee in the parish hall. "I don't think immigration agents will break down the door and take me away. I feel safe here."

The mother and son's new residence inside the church in a middle-class suburb in north Austin is a safe gamble. A 2011 memo from U.S. Immigration and Customs Enforcement states that agents will avoid arresting anyone at churches, schools, hospitals and public demonstrations — unless the person is a terror suspect or a dangerous felon. 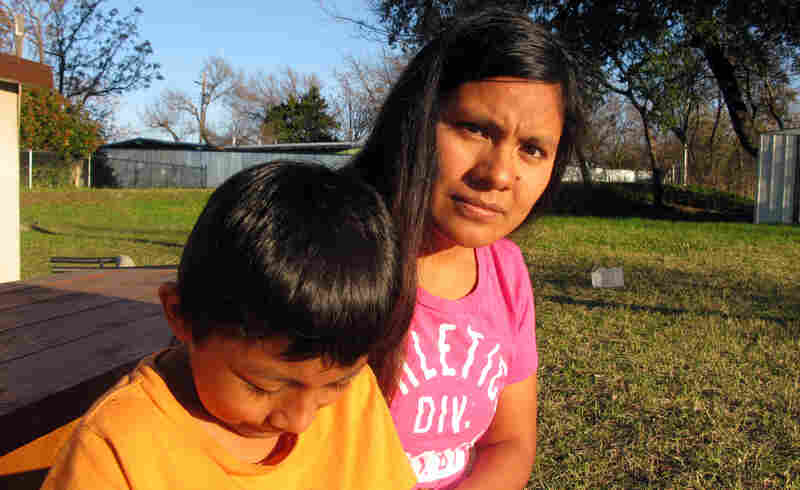 The government last year denied the asylum request of Hilda Ramirez and her son, Ivan. They recently were taken in by St. Andrew's Presbyterian Church in Austin, Texas. John Burnett/NPR hide caption 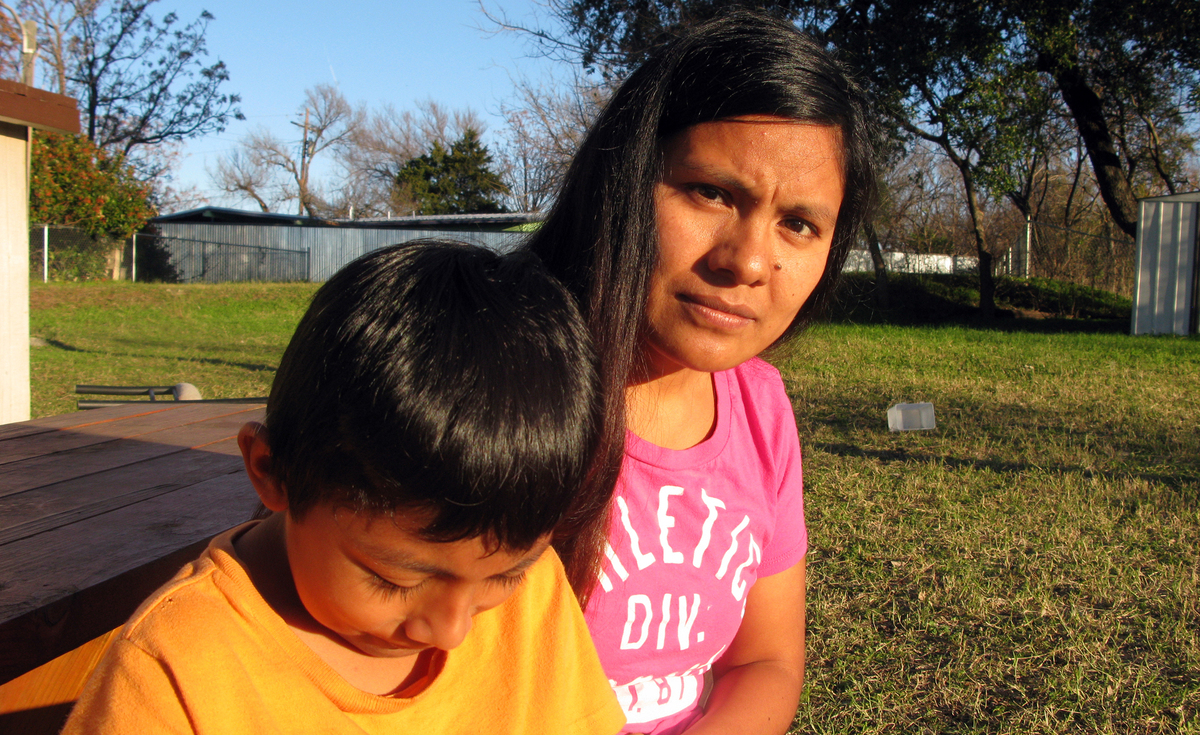 The government last year denied the asylum request of Hilda Ramirez and her son, Ivan. They recently were taken in by St. Andrew's Presbyterian Church in Austin, Texas.

That does not describe Hilda Ramirez, a 28-year-old Mayan who says she fled an abusive father-in-law, violent crime and a bleak economy 19 months ago.

Last year, the government denied her and Ivan's asylum requests. Ever since, she has feared an arrest by ICE agents; they know where she is because she wears an electronic ankle monitor.

The Rev. Jim Rigby, pastor of St. Andrew's, says the church is searching for a lawyer who will request a stay for the mother and son from the Board of Immigration Appeals. No one knows how long that will take.

"We're trying to make it feel like home as best we can and I think that'll maybe work for a little while, but at some point it's going to feel like a jail where a lot of people like you," Rigby says.

ICE touched off a furor among immigrant advocates and applause from immigration hawks early this year when it began rounding up recently arrived Central Americans who had fled gang violence but were turned down for asylum.

Rigby says St. Andrew's is publicizing the case of Hilda Ramirez as a way to urge the government to back off and review her case.

"We don't see ourselves so much violating the law as appealing to them to use their discernment," he says. "To say this is a situation where sending somebody back to Guatemala could very well mean their death."

After 15-Month Stay In Church, Immigrant Allowed To Remain In U.S.

Immigrant Who Sought Sanctuary In Arizona Church Can Stay In U.S.

The new sanctuary movement is having some success. Since the current ICE crackdown, 11 of 13 immigrants who have sought protection in churches have gotten stays of deportation after their cases were made public, reports Church World Service.

It's still a movement with a little "m."

So far, 12 religious congregations across the country — from Atlanta and Chicago to Portland and Phoenix — have harbored immigrants. This is a far cry from the 1980s when some 500 churches and synagogues declared themselves safe havens for Salvadorans and Guatemalans escaping civil war and political violence.

Alison Harrington is minister of Southside Presbyterian Church in Tucson, Ariz., one of the founding sanctuary churches. She says their congregation has resumed sheltering asylum seekers fleeing federal agents. The last immigrant who sought refuge in their church stayed there 461 days before her deportation order was halted.

In that earlier era, the old Immigration and Naturalization Service came after activist pastors. The government, for instance, infiltrated Southside Presbyterian and convicted its minister, the Rev. John Fife, of "smuggling and harboring illegal aliens."

These days, if the government continues its controversial deportation policies, more churches are ready to step up. Church World Service says it knows of more than 300 congregations in 30 states eager to support the new sanctuary movement.