'Every Anxious Wave' Is A Wise, Witty Romp Through Time — And Indie Rock

'Every Anxious Wave' Is A Wise, Witty Romp Through Time — And Indie Rock 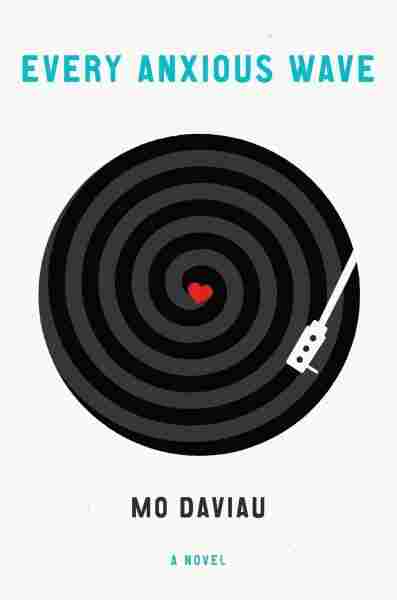 "If you could go back in time and see any band play, what would you choose?" Karl Bender, one of the main characters of Mo Daviau's debut novel Every Anxious Wave, uses this question to lure customers into his incredible new enterprise: Sending music fans through a time-warping wormhole to witness any musical performance in history. Daviau also uses this question to lure readers into her story: A bittersweet, century-hopping odyssey of love, laced with weird science, music geekery, and heart-wrenching laughs.

Karl just turned 40, and life has been less than kind. He owns a dive bar in Chicago, but that's about it: He hasn't had a girlfriend in years, and he clings to his memories of the Axis, a cult-favorite indie rock band he played in throughout the '90s. When he discovers a wormhole in the closet of his dingy apartment, he starts selling trips to the past to fellow music fans. Things go haywire, though, when his buddy Wayne accidently gets sent to the year 980 without a way to get back. Distraught, Karl goes online to find the nearest astrophysicist — and, as shallow as he is, he picks PhD candidate Lena Geduldig based solely on the fact that she's wearing the t-shirt of one of his favorite bands.

Speaking of those bands: Every Anxious Wave is thick with music references, from iconic alternative groups such as The Replacements to lesser known post-punk outfits like The Durutti Column. Mostly, though, those references lean toward the '90s, the decade in which Karl and Lena came of age. (In fact, Daviau took the book's title from a line in "Kath," a 1991 song by the seminal indie rock band Sebadoh.) A good portion of their conversation is a deluge of band names and song titles, but none of it's gratuitous; Daviau is both celebrating and poking sarcastic fun at a subculture that's prone to obscurity and self-absorption, traits that Karl and Lena grapple with on a personal level as they realize they have a deeper bond than simply the music they love.

That bond becomes tangled, and fast. Wave's swift plot quickly leaves Karl and Lena with a mess on their hands, as time travel becomes less of a way to see old bands and more of a way to painfully revisit past relationships, departed relative, estranged ex-bandmates, and buried traumas. Then, as all good time-travel stories do, all that year-leaping catches up with them — Daviau is smart not to skim over some of the more technical aspects of paradoxes and such, using just enough science to keep her premise barely plausible.

The fabric of the story is thin in spots, but its lightness more than compensates. Angst abounds in Wave, but Daviau doesn't wallow in it; the book is full of hilarious moments, from Wayne's increasingly unhinged text messages from 980 to the occasional meta moment — like Daviau's sly acknowledgement one of her book's thematic predecessors, Audrey Niffenegger's The Time Traveler's Wife.

At first glance, Wave is by no means an original book, but the deeper it goes into Karl's and Lena's erratic trajectories — past, present, and future — the more it rings with a uniqueness that transcends the tropes of time travel and indie romance. One of the most overused ideas in recent fiction, the apocalypse, pops up, but Daviau deploys it in a way that's as refreshing as it is profoundly hopeful. And she puts a quirky spin on some big question: What does it mean to travel to the past when you already live in the past? And at what point do our fears about the future become more real to us than what we enjoy in the present? Wave achingly, hilariously probes these issues as if they were loose teeth; along the way, it becomes a wise, witty, whipcrack sci-fi romp about how our passions can both lift us up and hold us back.