Accessibility links
Left To Fend For Himself, 'Pax' The Fox Must Find His Human Friend To research her new novel for young readers, author Sara Pennypacker consulted with a red fox expert. Her takeaway? "They're brilliant. Foxes are so brilliant," she says. 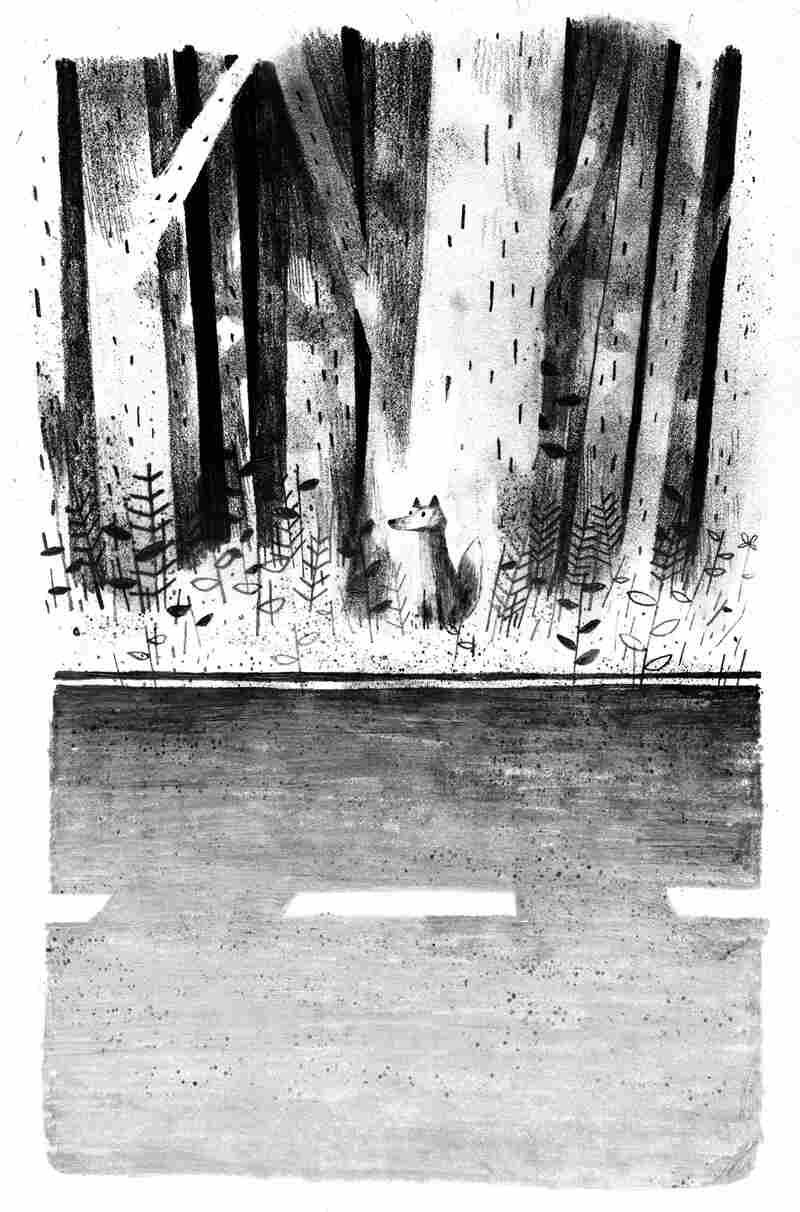 At the outset of Pax, a young fox that has never lived in the wild is left alone in the woods. Illustrations copyright © 2016 by Jon Klassen hide caption 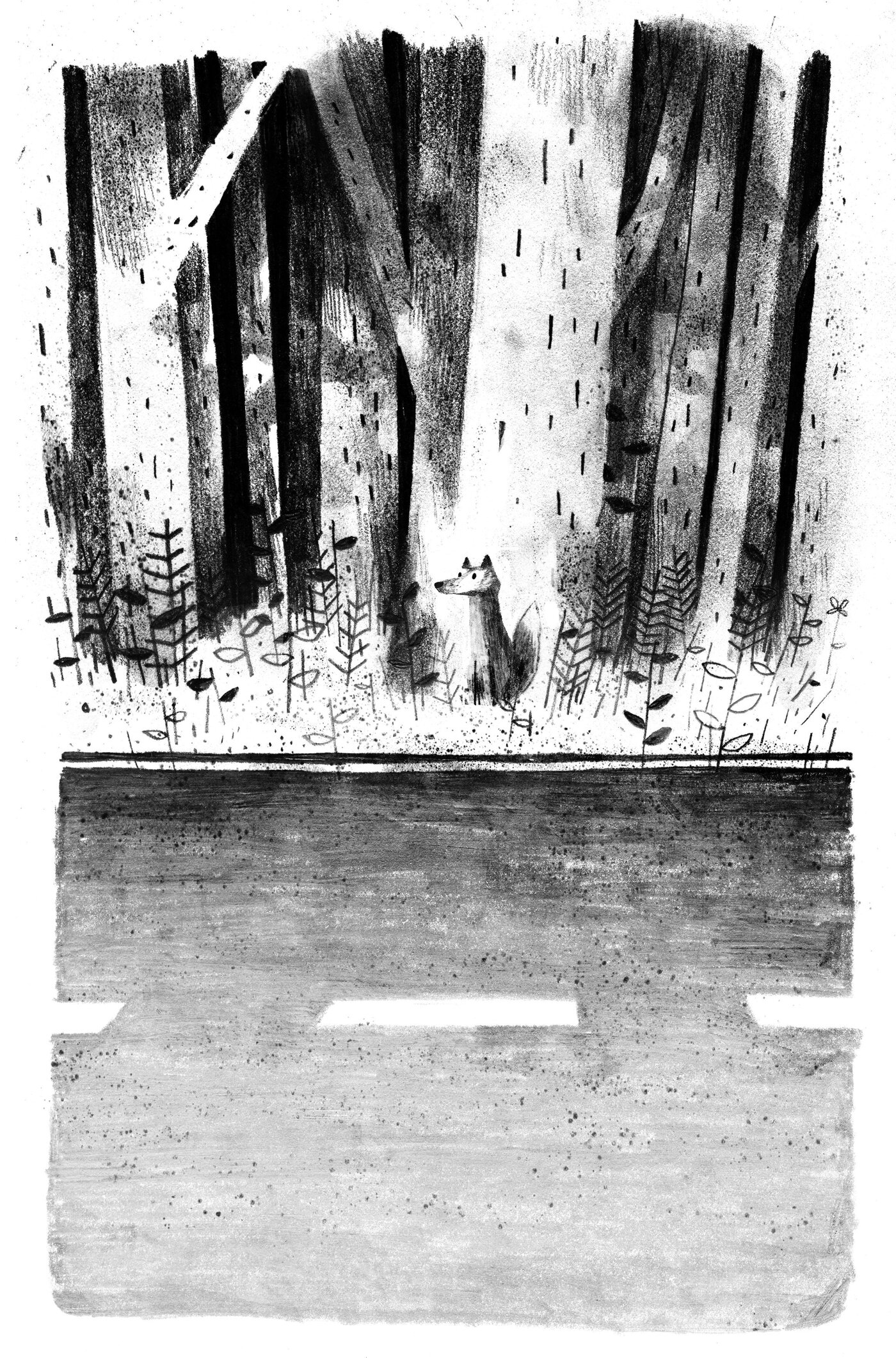 At the outset of Pax, a young fox that has never lived in the wild is left alone in the woods.

A new novel takes young readers inside the mind of a 5-year-old fox. Abandoned as a kit, Pax is taken in by Peter, a boy whose mother has died. When Peter's dad joins the military, Peter is forced to send Pax into the wild for the first time. The story — set during wartime in an unidentified time and place — is told from both Peter and Pax's perspectives.

While Pax is a particularly bright fox, author Sara Pennypacker says she made an effort not to stray too far from the facts. "I worked with a red fox expert and there's really nothing in it that isn't documented behavior and within their capabilities," Pennypacker tells NPR's Kelly McEvers.

Pennypacker, who is best known for her "Clementine" series, talks about the research she did for this book, the relationship between children and animals, and a mantra that helps her while she writes.

On consulting with a fox expert

Matt Walker ... he vetted the book is what he did. I spoke with him a few times in the beginning to get a feeling and he sent me some reference material so I learned what I could learn. Then I wrote the story which travels a very specific path, and there's just no way that you could research and say, "Well how's a fox going to deal with this?" Because I'm making up this stuff. So what he did was he took the book afterward and vetted it, and every time I said, you know, "The fox laid his ears back," or something like that, he would correct me and just make sure that everything is correct. 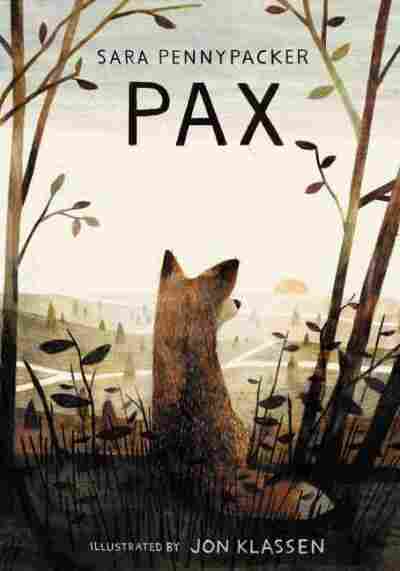 by Sara Pennypacker and Jon Klassen

On foxes listening to and deciphering the calls of crows

On the relationship between kids and animals

I wanted to, on the one hand, celebrate this extraordinary sense of no boundaries — it's kind of a boundary issue where kids don't realize there are boundaries and I love that! They're right, they're correct! Why can't they love an animal, a wild animal or a pet? Why can't they?

Humans sort of get narrow as they age and I think the older we get, the less we're able to see we can have real relationships with more of life. You know, Vola, one of the characters in the book, calls it "Two but not two," which is a Buddhist idea about non-duality that kids sort of understand better. Like, "Of course I can connect to this wild elephant I just found in the jungle." I can relate on some level to it, and adults don't do that and I wanted to celebrate that. 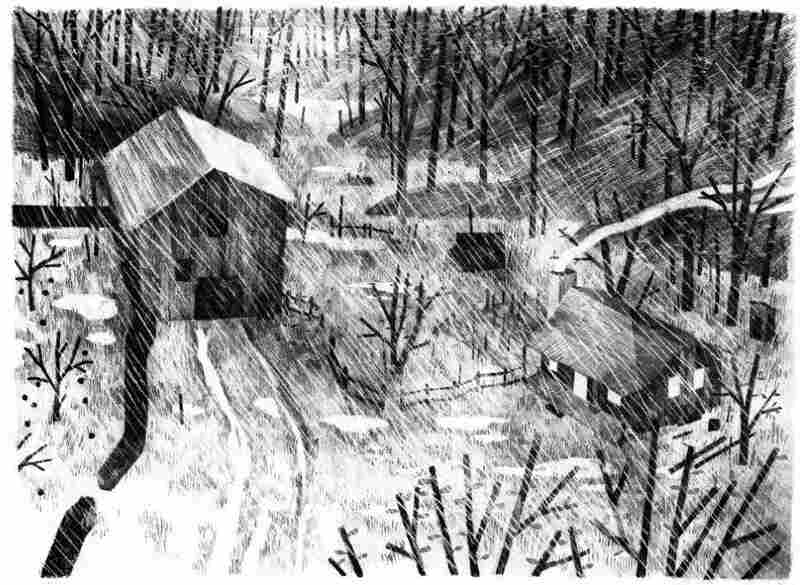 Pax is illustrated by Jon Klassen, author of This Is Not My Hat and I Want My Hat Back. llustrations copyright © 2016 by Jon Klassen hide caption 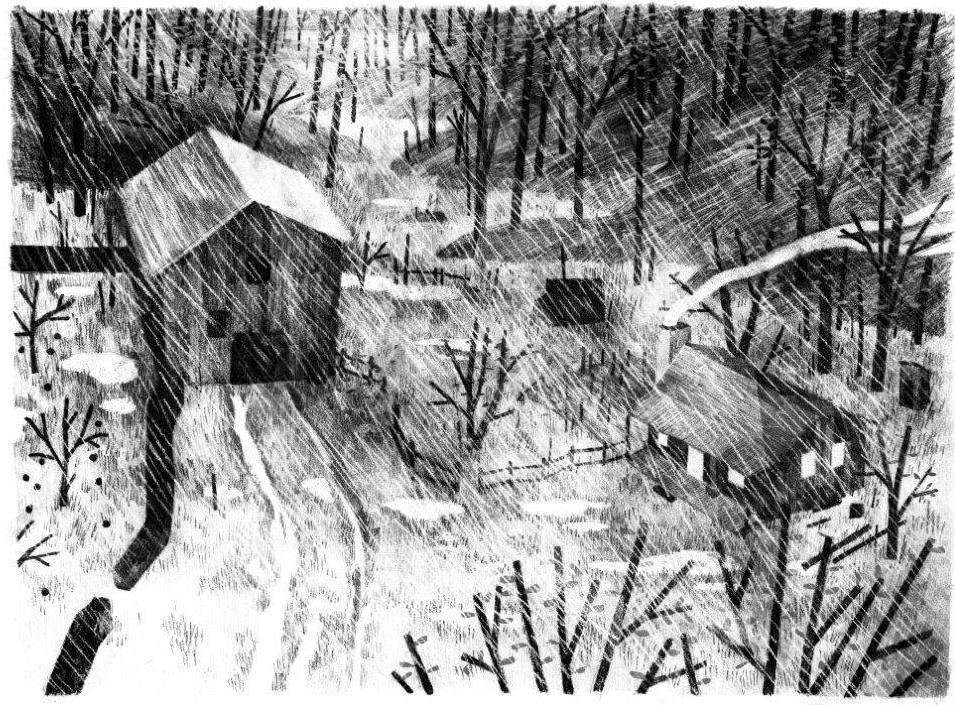 Pax is illustrated by Jon Klassen, author of This Is Not My Hat and I Want My Hat Back.

On the difference between this book and her "Clementine" series

All of my books are different from each other, and in fact, each Clementine book feels very different to me from each other. I feel like every time I start a book I think, "Well now I need to learn to write all over again," because it's so different. ...

I have a sign over my desk, only one, that says, "The story is the boss." It comes from Stephen King's book on writing and for me it's a Zen koan because it just keeps explaining to me what I'm supposed to do, no matter what problem comes up for me. The story is the boss. ... So I always let the story itself tell me how to serve it and what tone is deserved.

On establishing points of view in the book

Many of the things in the book could have been told from either point of view, and every single time I would stop and I'd say, "Nope, this is more poignant, this is better told from the fox," or, "This is better told from Peter's point of view," and sometimes, for the most fun of all, I had something told from both points of view so we can see that mistakes have been made. For instance, the time when Peter has sort of always wondered why his counselor — he went to a grief counselor after his mom died — why she let him walk away ... (she said, "Do you get angry?" and he gets up and walks away).

On what she'll do next

I told myself after Pax I was going to stop, I was not going to go through another novel for a few years. I don't know why, but a new one has come to me — and you can't deny it and say to yourself, "Oh, I won't think about that." I think about it all the time now, how this novel would work.

Read an excerpt of Pax