Accessibility links
Flint Residents' Broken Faith: 'The People We Trusted Failed Us' State and city officials knew about problems with Flint's water even as they encouraged people to keep using it. Locals are disillusioned, and angry, and rebuilding that trust will be challenging. 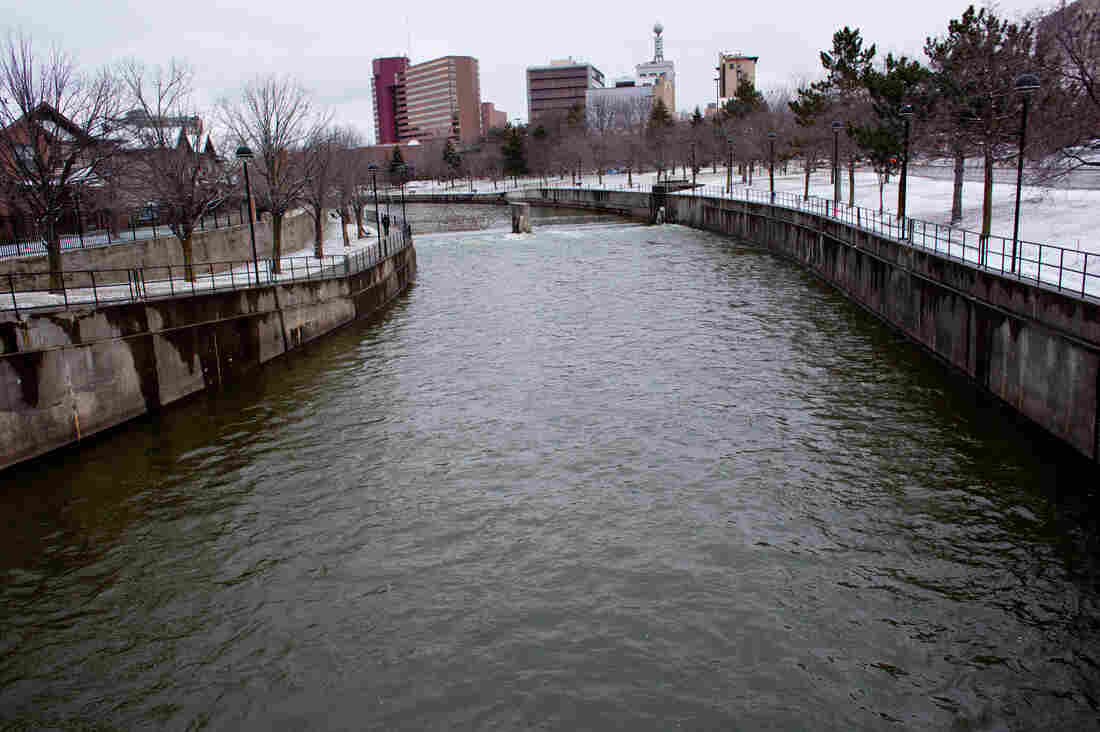 The Flint River is pictured in downtown Flint, Mich., on Feb. 4. The city's water problems began when it switched to using the Flint River for its supply in 2014. They were exacerbated by government officials' failure to disclose and stop the leaching of lead and other toxins into the water. Laura McDermott for NPR hide caption 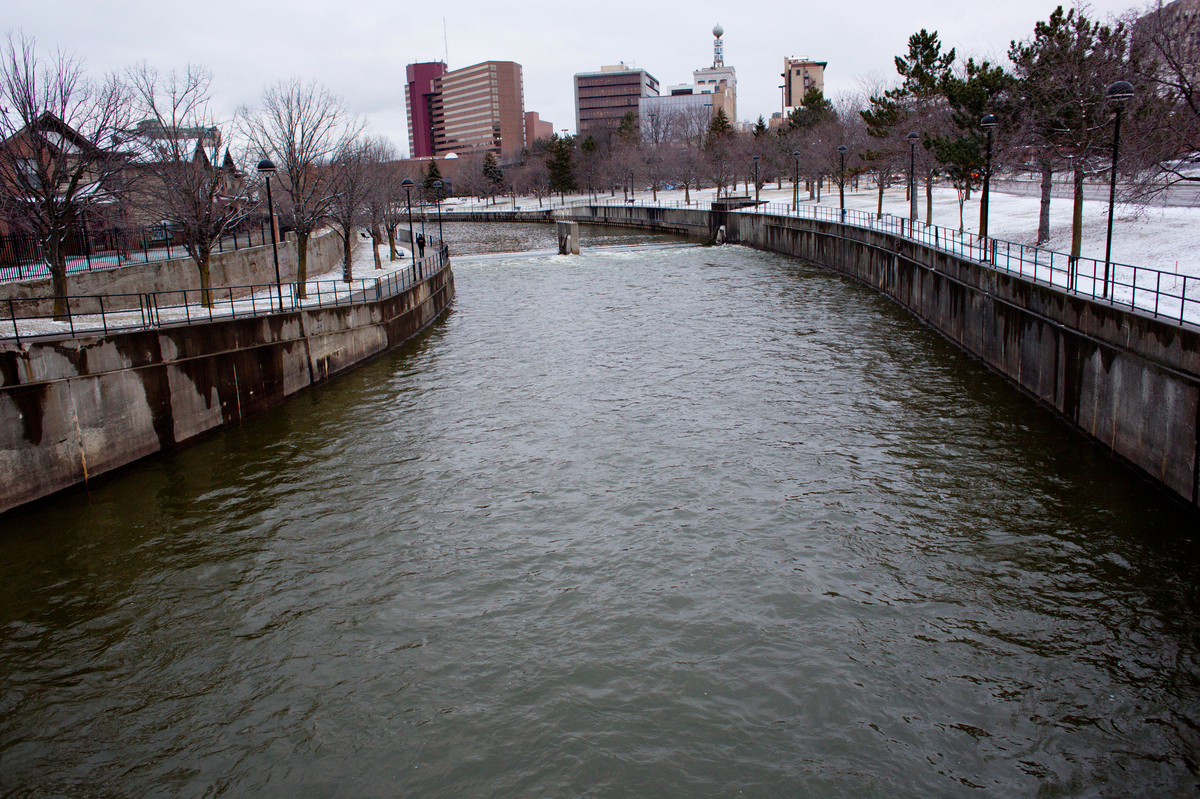 The Flint River is pictured in downtown Flint, Mich., on Feb. 4. The city's water problems began when it switched to using the Flint River for its supply in 2014. They were exacerbated by government officials' failure to disclose and stop the leaching of lead and other toxins into the water.

In Flint, Mich., government officials allowed water from the Flint River to corrode the city's pipes, leaching lead and other toxins into the tap water. The damaged pipes continue to contaminate the water, and it could take months — or years — to repair and rebuild the water system.

It could take even longer to rebuild something more abstract: trust, between citizens and their government.

Roxanne Adair, a vendor at the local farmers market, says this goes deeper than just the water.

"So many of us here have lost faith and trust in what anyone has told us, because they told us that it was safe to drink for two years when it clearly wasn't," she says.

The fundamental relationship between the people and their elected leaders has been damaged. Emails show that government officials knew about problems with Flint's water even while they publicly encouraged people to keep drinking from the tap.

But people in Flint still feel disillusioned, and it's hard to see how that gets fixed.

Sandra Westin, a 61-year-old who works at a stall in the farmers market, was born and raised in the city.

"We are Flintstones," she says, referring to the nickname for Flint natives, "and we are a strong group, a talented group of people from this area, from Genesee County. But it makes me sad that the people we trusted failed us. It's not us who failed them, they failed us."

Many people in Flint compare the situation to the notorious Tuskegee experiments, when the government lied to black men with syphilis for decades, watching them suffer without offering a cure.

"It does remind me, we are the expendables," Westin says. She believes the water situation was only allowed to happen because Flint is a poor, majority black city.

The relationship between Flintstones and their government is an especially acute case of what's happening all over the country. According to a study conducted by the Pew Research Center in 2015, only 19 percent of Americans say they can trust the government all or most of the time. That's among the lowest levels in the past 50 years.

And if that's how the whole country feels, it's easy to imagine how much stronger the feeling is in Flint.

"You could also describe it as genocide, to me," says 36-year-old Keysa Smith, another vendor at the market. "Because, I mean, if you know you're poisoning people? That doesn't make sense to me at all."

She's skeptical that broken trust can be restored.

"And that's true of anything — relationships, everything," she says. "So it's gonna be hard."

In a recent press conference, Michigan Lt. Gov. Brian Calley acknowledged that the government has an uphill battle ahead of it.

He talked about test results that showed less lead in the tap water and said it should be safe to use for bathing, but he also said he understood if people didn't believe him.

"So over the course of time, I think that we need to go the extra mile, ask the extra questions, bring in extra people to verify what we're being told," Calley said.

In fact, the government is bringing in outsiders who have more credibility. In January, Snyder appointed a committee of experts to come up with solutions. Among them were Marc Edwards, the Virginia Tech professor who first called attention to elevated lead levels in the water, and Laura Sullivan, a water expert from Flint's Kettering University.

Despite working closely with her community in Flint, Sullivan says she faces a daily fight to keep people's faith in her since she signed on to work with the government.

"There are times when the people that I've been standing with and fighting with say 'Oh, she's working with Snyder now, maybe we can't trust her anymore,' " Sullivan says.

"So it's not I earn trust and now I've got it. It's like every day reminding the people I care about that they can still trust me. And yeah, I went into the room and I shook his hand — because that's the only way to move forward," she says.

But with no end in sight to the water issues in their city, many people in Flint are finding it hard to move forward. Some say they might begin to trust their government again once new people are in charge. Others say that this is not the kind of damage where the problem is fixed once the pipes are replaced.