Accessibility links
How Hillary Clinton Might Actually Win In N.H., Even Though She Lost Big Thanks to the way Democrats pick their nominees — and despite her whopping 20-plus-point loss to Bernie Sanders — Clinton looks like she could wind up with the most delegates out of New Hampshire.

How Hillary Clinton Might Actually Win In N.H., Even Though She Lost Big

How Hillary Clinton Might Actually Win In N.H., Even Though She Lost Big 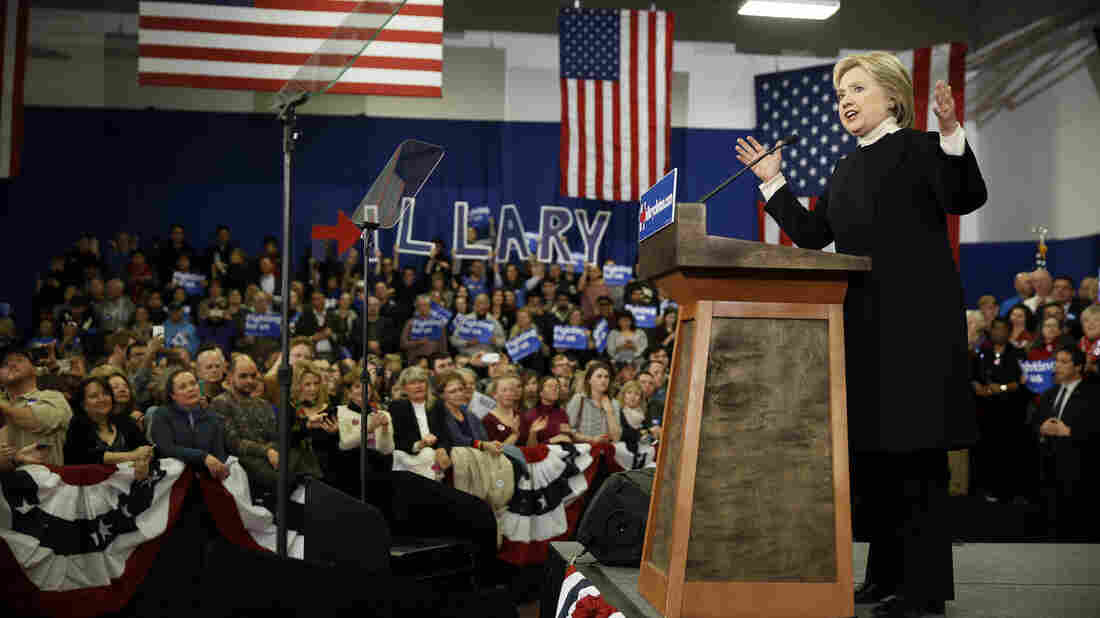 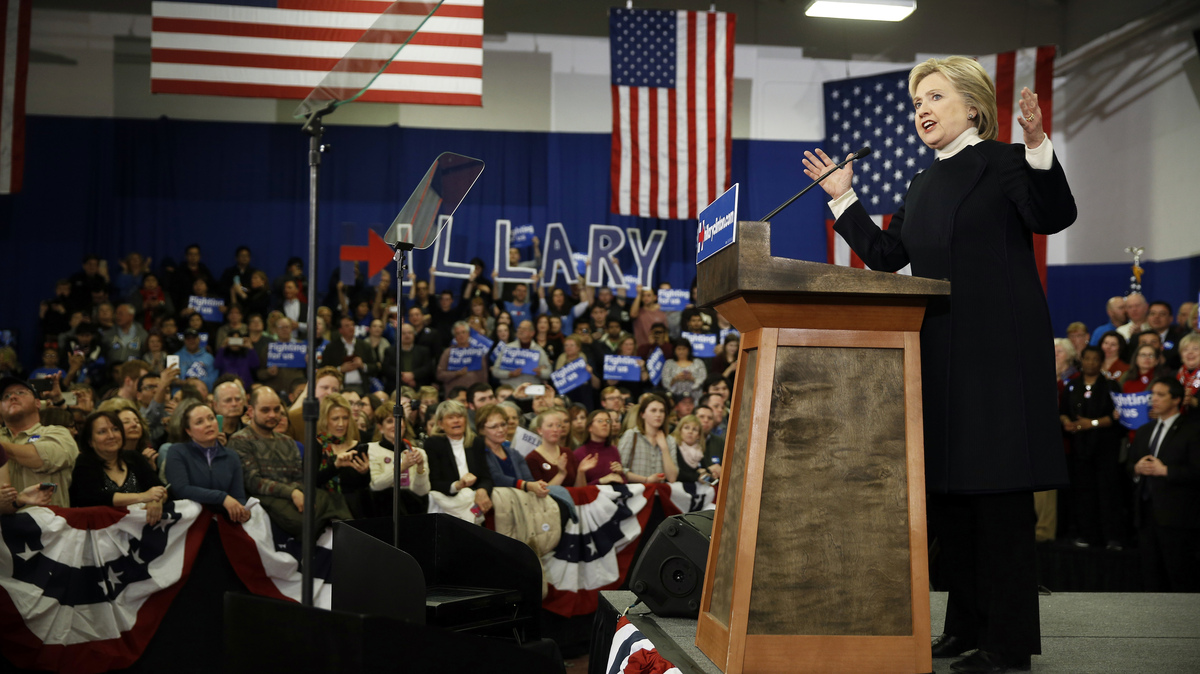 This post was updated at 4:50 p.m. ET to reflect revised delegate counts

That's important, because it hands him a crushing victory, lots of momentum and money to help him staff up for a potentially long fight against Clinton. And with that huge win, one might think that Sanders would end up with the majority of delegates.

But Clinton may very well wind up with more of them (or at least be closer in the delegate count than the proportion of the vote total).

There were 24 delegates to be allocated out of the New Hampshire Democratic primary, based on the vote statewide and by congressional district. Sanders, obviously, won more of those, 15 to her 9.

Add in the "superdelegates" who have already committed to a candidate, and Clinton moves into the delegate lead. Six of the state's eight superdelegates have publicly said they will vote for Clinton at the Democratic National Convention in July. (Two are uncommitted.)

That brings the delegate total out of Tuesday night to a 15 to 15 tie.

This is what makes Clinton so powerful in the Democratic race — even while she and Sanders battle it out among rank-and-file voters, she has a massive lead among superdelegates. Altogether, she already has 394 delegates and superdelegates to Sanders' 44 — a nearly ninefold lead.

And as NPR reported last year, a Democratic candidate needs 2,382 total delegates (super or not) to win the nomination. Of those, 712 are superdelegates.

OK, but backing up: Who are these superdelegates and why do they get to pick whomever they please, regardless of what the voters want?

But why? Electability, writes University of Georgia lecturer Josh Putnam, in a 2009 entry on his blog, Frontloading HQ.

"The reason superdelegates came into being in the interim period between the 1980 and 1984 elections was to allow the party establishment an increased voice in the nomination process," he wrote.

That gives the party some space to overrule primary and caucus voters. The goal wasn't to shut voters out, Putnam adds. Rather, the Democratic Party wanted to make sure it nominated someone the party believed could win in a general election, as the party feared primary voters might choose a candidate that's too extreme.

And when those superdelegates pick a candidate, those endorsements matter. The endorsements a candidate racks up in the so-called invisible primary have in the past been a strong indicator of who will eventually win the nomination, political scientists have found.

As we wrote back in November, it's all a combination of the Clintons' being longtime Democrats who once occupied the White House while Sanders is not a Democratic senator and has never been a Democrat.

But just as they can pick whom they want, superdelegates can also change their minds.

Indeed, a few Sanders supporters appear to be banking on that. As of 3:30 Wednesday afternoon, 1,556 Sanders supporters had signed a MoveOn.org petition asking the six New Hampshire superdelegates who have pledged to support Clinton to change their minds.