Accessibility links
Building A New 'Cabin In The Sky' Best remembered as a 1943 film starring Ethel Waters, the musical is being resurrected as a concert series, which aims to both honor the story and reckon with its racist roots. 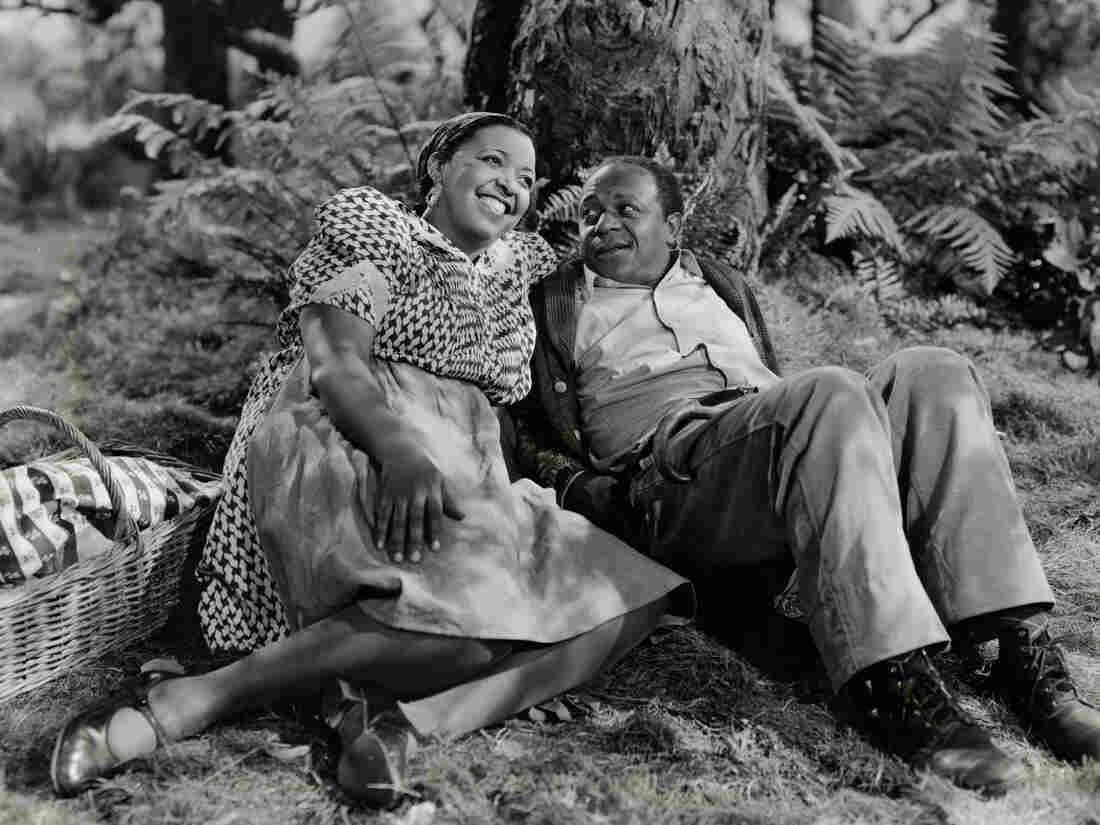 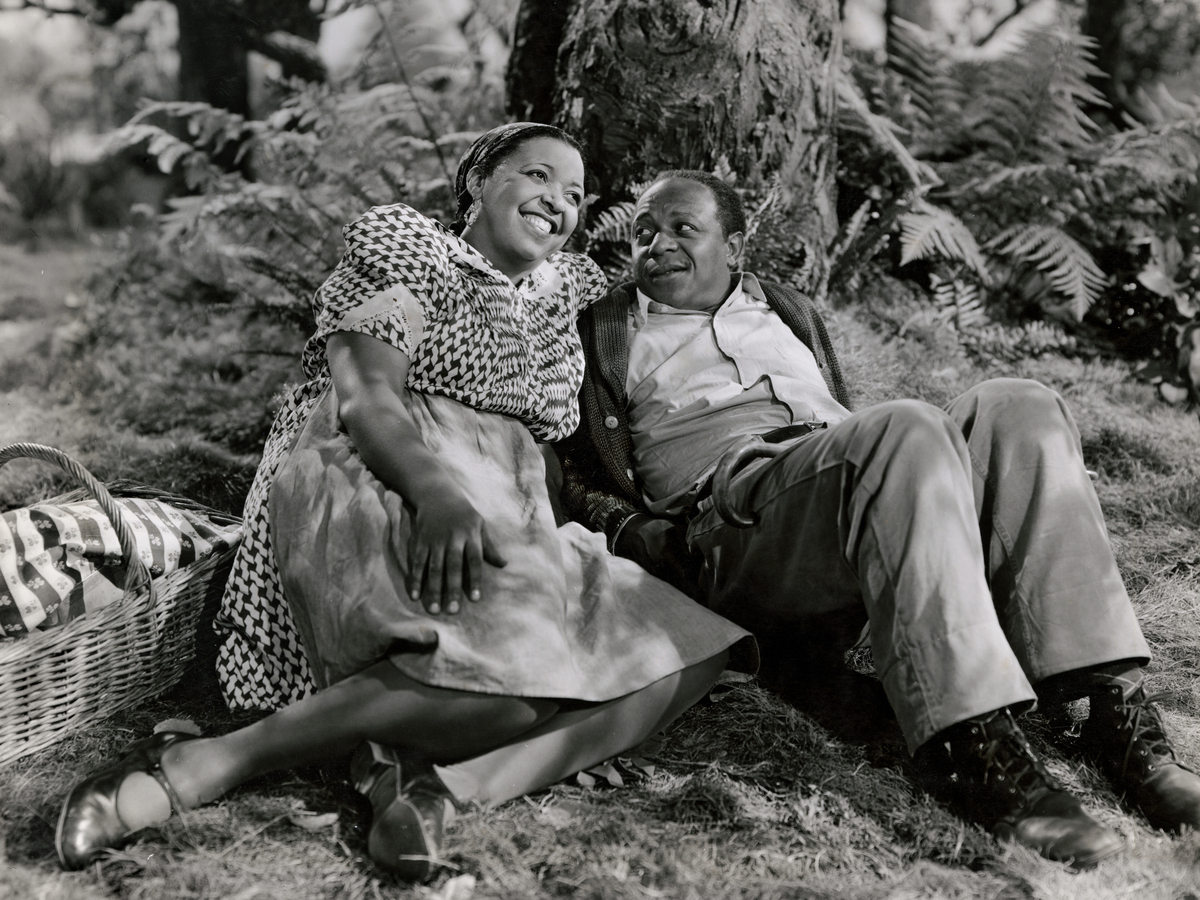 Ethel Waters and Eddie 'Rochester' Anderson in the 1943 film version of Cabin in the Sky, directed by Vincente Minnelli.

Today, Cabin in the Sky is best remembered as a 1943 movie starring Ethel Waters, Lena Horne and Louis Armstrong — but it started as a hit Broadway musical, most of whose original music didn't make it to the screen. When producer Jack Viertel began thinking about a revival of the stage show, all he had to go on were a few period recordings, a script and a handwritten piano/vocal score.

"The score is so sophisticated and so fascinating," Viertel says, "and so steeped in the kind of jazz that Duke Ellington was beginning to write — not minstrel show jazz, so to speak. And I felt like, we simply have to expose this. It's too good."

Now, those forgotten songs are being resurrected in a series of concert performances, beginning tonight at New York City Center.

Viertel brought in orchestrator Jonathan Tunick, who has worked on most of Stephen Sondheim's musicals, to reconstruct the original songs by Vladimir Dukelsky, better known as Vernon Duke. Tunick is also a jazz guy — and he says the classically trained Russian composer could definitely swing.

"He became sort of a protégé of Gershwin," Tunick says, "who suggested that he change his name and concentrate on writing popular songs — which he became really quite good at."

Think "April in Paris" — or the Cabin song "Taking a Chance on Love," which Ethel Waters performed in both the film and stage version.

For the concert performances, Tony Award-winning actress LaChanze is stepping into Waters' shoes. She plays Petunia, the religious woman who loves her morally challenged husband unconditionally.

"My challenge was not playing the style of the period," LaChanze says, "as much as I wanted to play the truth of a woman who's just in love. And so that's how I approach this role, because no matter what decade you're in, women falling in love with bad guys happens every hour."

Cabin in the Sky is kind of a folk tale about representatives from heaven and hell battling for the soul of a gambler. The story contains more than a whiff of paternalism, if not outright racism. But Viertel says he learned some important lessons in his years working with legendary African-American playwright August Wilson.

"The culture, he believed — and I think he's right — is richer for recognizing this material and examining it and putting it out in the world," he says, "rather than hiding from the more unpleasant aspects of its innate racism."

Cabin in the Sky was originally written and produced by white men. So after making some edits himself, Viertel brought in Ruben Santiago-Hudson not only to direct the show, but work on the text. Santiago-Hudson says Viertel took the obvious things out. 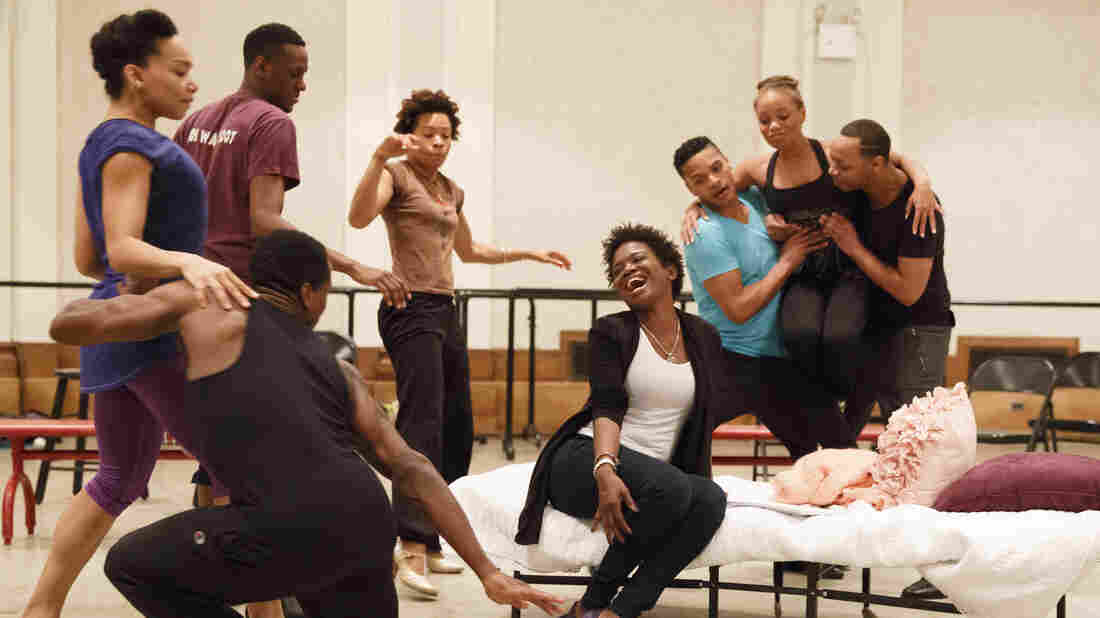 LaChanze (center) rehearses with the company of the 2016 Cabin in the Sky concert series, directed by Ruben Santiago-Hudson. Joan Marcus/Courtesy of NY City Center hide caption 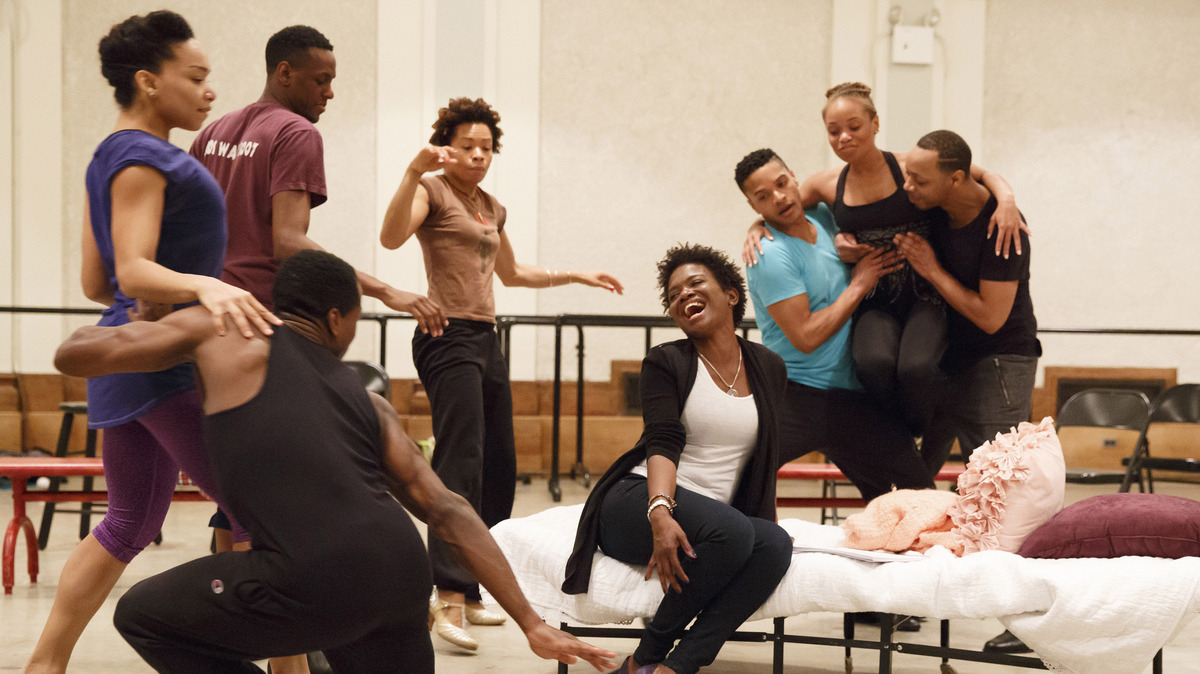 LaChanze (center) rehearses with the company of the 2016 Cabin in the Sky concert series, directed by Ruben Santiago-Hudson.

"It's easy for people that aren't in my culture to see the things that are offensive or sketchy," Santiago-Hudson says. "It's hard, unless you really know the culture, to know the little things that are very important. And so all the little nuance and little things — little words like 'wretched' or 'lazy' that have been linked to African-American people since we were thrown on the soil here — those things are gone."

That's not to say that the original Broadway cast — which included singer Todd Duncan and dancer/choreographer Katherine Dunham, in addition to Ethel Waters — didn't make their opinions known to director George Balanchine.

"Balanchine said, 'Okay, you guys do you. Show me what is important to you and then I'll make sure it's staged right,'" Santiago-Hudson says. "He didn't come in and tell black people how to be black people."

Ruben Santiago-Hudson says while there are problematic aspects to Cabin in the Sky, the music is worth resurrecting, and the story is still worth telling.

"These stories have been told forever: about temptation, good and evil, making choices," he says. "It's what they teach us on church on Sunday. And then our mothers and fathers teach us to make good choices, the right choices, according to what they think life should be ...That's what this play is about. And love."