Accessibility links
What Does Spending Over $1,000 Per Vote In N.H. Get You? Fourth place. 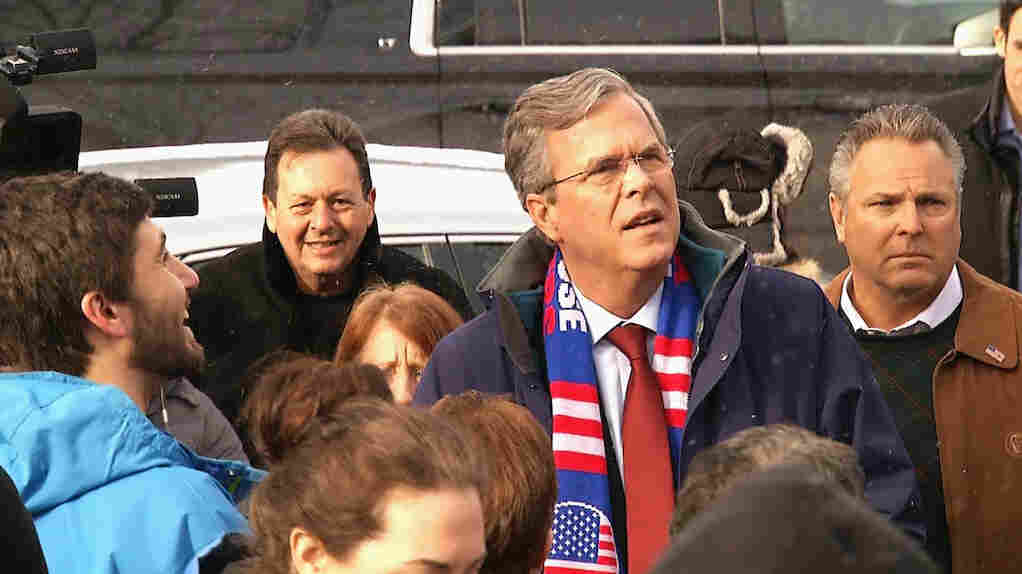 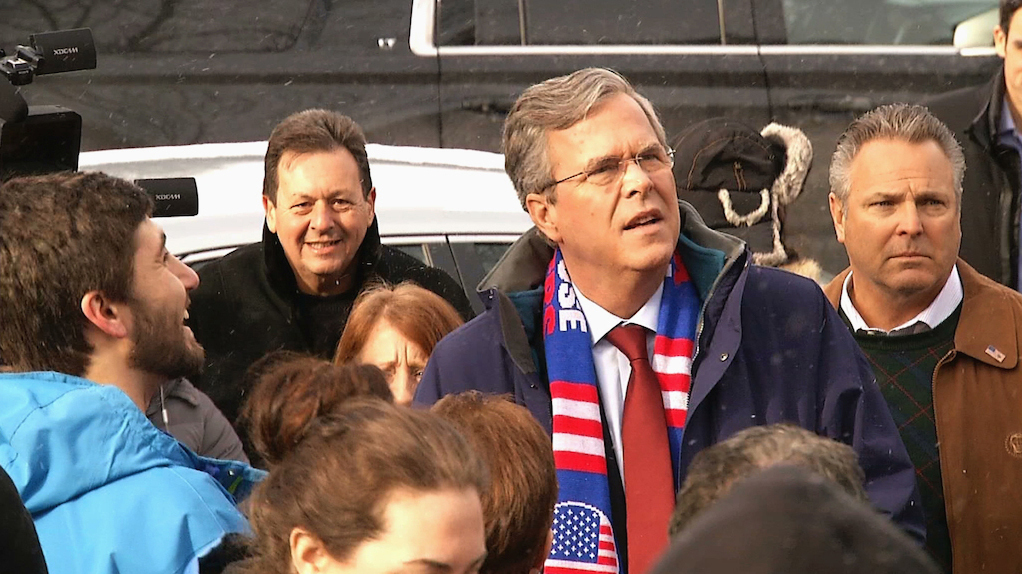 Here's a question for New Hampshire voters. Would you have voted for Jeb Bush if he'd given you $1,086?

Bush didn't offer that, obviously. But that's the amount his campaign and superPAC spent on TV ads in New Hampshire for each vote Bush received in the primary on Tuesday.

The former Florida governor had 31,309 votes in New Hampshire, and his campaign and superPAC spent a combined $34 million on TV ads targeting the state. That left him edging out Sen. Marco Rubio ($556 per vote) for fourth place. They trailed Sen. Ted Cruz ($11), Ohio Gov. John Kasich ($273) and the winner, businessman Donald Trump ($31).

Democratic candidate Bernie Sanders's campaign – he has no superPAC exclusively promoting his candidacy – poured $9.1 million on New Hampshire TV, versus $4.9 million from Hillary Clinton's campaign and a token amount from her superPAC.

These calculations are based on tallies from the Associated Press with all 300 precincts in New Hampshire reporting and TV advertising data compiled by media company SMG Delta for NBC News.

A possible game-changer for Democrats is the pro-Clinton superPAC, Priorities USA Action. As of Jan. 1, it had reserves of $35.8 million. Its strategy was to focus on attacking Republicans. Today Priorities put up a video, "Trump's America," with a pro-Clinton tagline.

NPR asked this morning if Priorities now might start attacking Sanders. Spokesman Justin Barasky responded in an e-mail that the group will defend Clinton from attacks by GOP candidates and ensure that "as many voters as possible know she's the only candidate strong enough to beat the Republicans."

The candidates can be thankful for one thing: New Hampshire at least came cheaper than Iowa. International Business Times reported last week that cost-per-vote for TV there was (in descending order of finishing) $119 for Cruz, $74 for Trump and, in sixth place, $2,888 for Bush.

Next up are relatively inexpensive South Carolina, Nevada with its one major TV market – and then Florida, a state that can absorb any amount of media money in its 10 metro markets.

As we write in this post, a "token amount" was spent on TV ads in New Hampshire by Hillary Clinton's superPAC. We have updated the chart to reflect that the amount was less than $50,000, not $0.0M as previously stated.