Accessibility links
'Full Frontal' Showrunner: 'It's A Feminist Show Because We Are All Feminists' "But it's not a show about women stuff," Jo Miller says. Full Frontal with Samantha Bee covers refugees, mental health, prison and climate change, among other things. 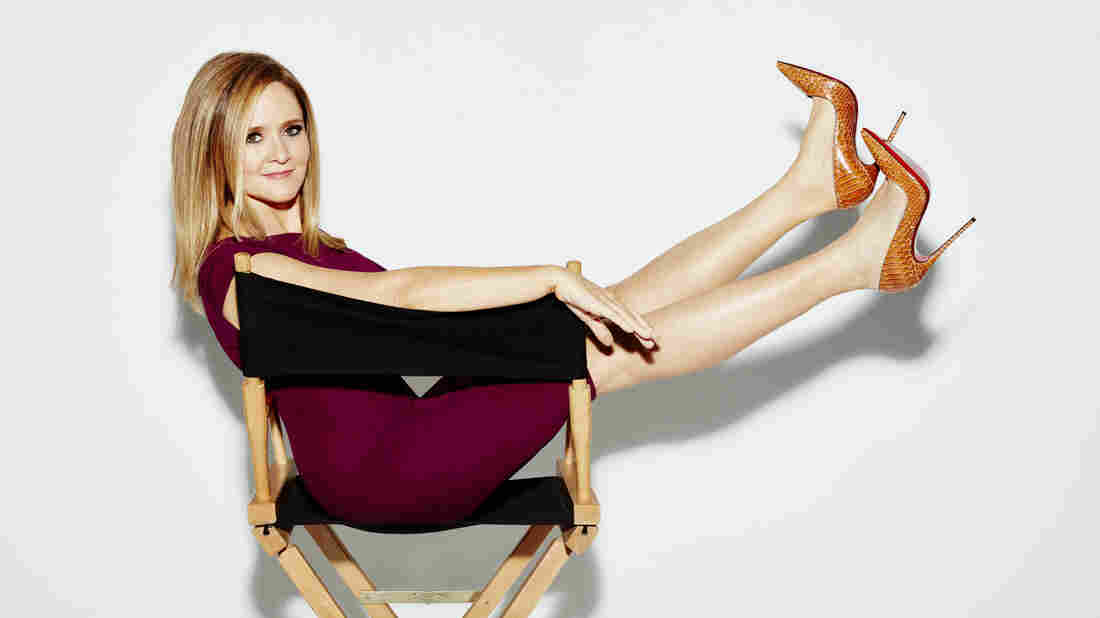 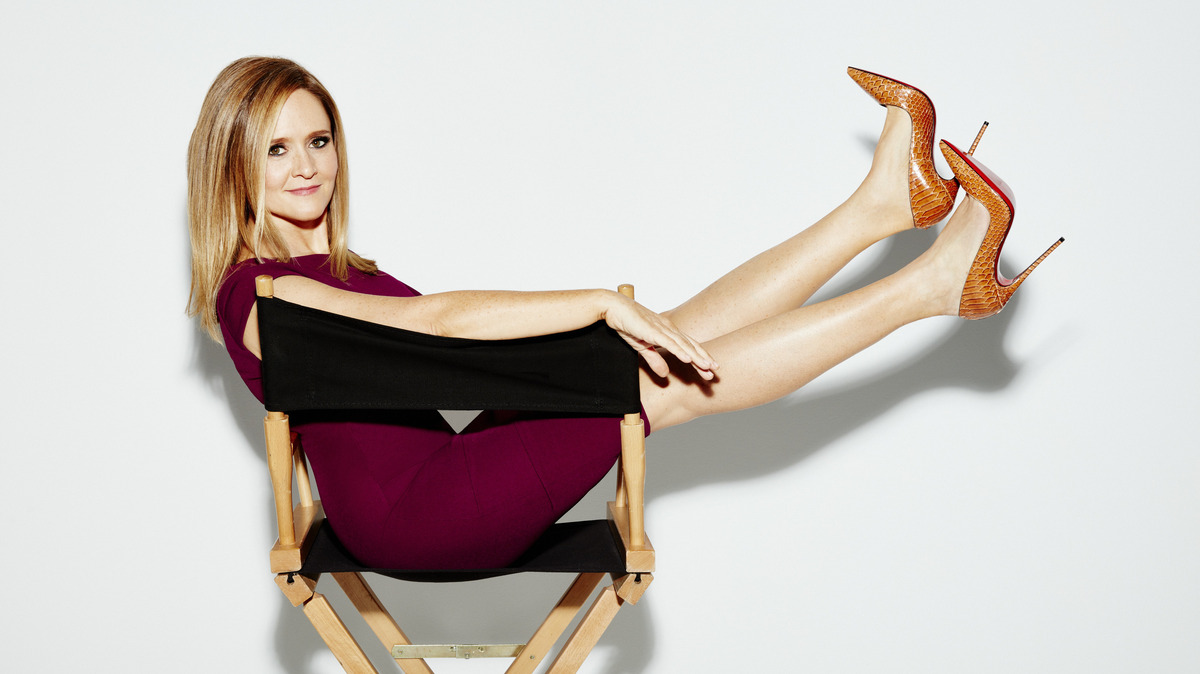 Unlike other late night shows, Full Frontal doesn't have guests, and it doesn't put host Samantha Bee behind a desk.

Comedian Samantha Bee made her name on The Daily Show with Jon Stewart, and now her name is on her own show. Full Frontal with Samantha Bee is a weekly, half-hour show that riffs on the news. It premiered Monday on TBS.

Bee is currently the only late night TV host who's a woman, something the show took on from the very beginning:

Jo Miller is the showrunner of Full Frontal, and a former writer for The Daily Show. She tells NPR's Kelly McEvers about her dreams for the show and what makes it different from other late night offerings.

On whether she thinks of Full Frontal as a feminist show

It's a feminist show because we are all feminists. I mean all the men and women here are feminists, so everything is through the lens of our opinion and our take on life. But it's not a show about women stuff. We have stories about women; we also have stories about refugees and men and mental health and prison and all kinds of things.

You know, as women, we're also worried about the economy and climate change, not because of our vaginas but because we like living on the planet.

As women, we're also worried about the economy and climate change, not because of our vaginas but because we like living on the planet.

On the hiring process for the show's writing staff, which is 50 percent female and 30 percent nonwhite

All the shows in the Daily Show family have always done blind submissions — it's the only way to be fair. And all the shows do active outreach to try and get women and people of color to apply. I would never have been a writer if The Daily Show hadn't told their staff, "Hey, go find your funny female friends and make them apply." Like, I had to be kind of brow-beaten into applying because I didn't think I was good enough.

And we can do better. I consider our outreach sort of a failure. You know, I really tried to get people of color to apply; we had less than 10 percent applicants were people of color. We have to do better.

On how Full Frontal is different from other late night shows

What's different with us is Sam's voice and Sam's point of view. It's called Full Frontal. She does not pull any punches about her genuine emotions. Some of the lines in the show that I can't repeat on the air were straight from her heart in rehearsal, and we're like, "Well, you have to say that in the show because that's genuine. That's how you feel." ...

She's not at a desk. We don't have guests because we only have 30 minutes a week minus commercials, so we really wanted to fill it with comedy. And also if you have guests, you kind of have to worry about will people come on my show after we've said horrible things about them on the air? So we don't have that worry.

On what she hopes the show will become

I just want to keep doing this and keep getting better at it. We're brand new. You know, I was at The Daily Show for six years and we kept raising the bar and getting better. Jon was never satisfied and he always raised the bar and wanted to do better shows and dive deeper and hit harder and be funnier. And I hope we're two years funnier in two years.