Accessibility links
'Deadpool' Is a Potty-Mouthed Splatterfest. A Really Funny One NPR film critic Bob Mondello says Deadpool goes in deep on its R rating — and has plenty of fun doing it. 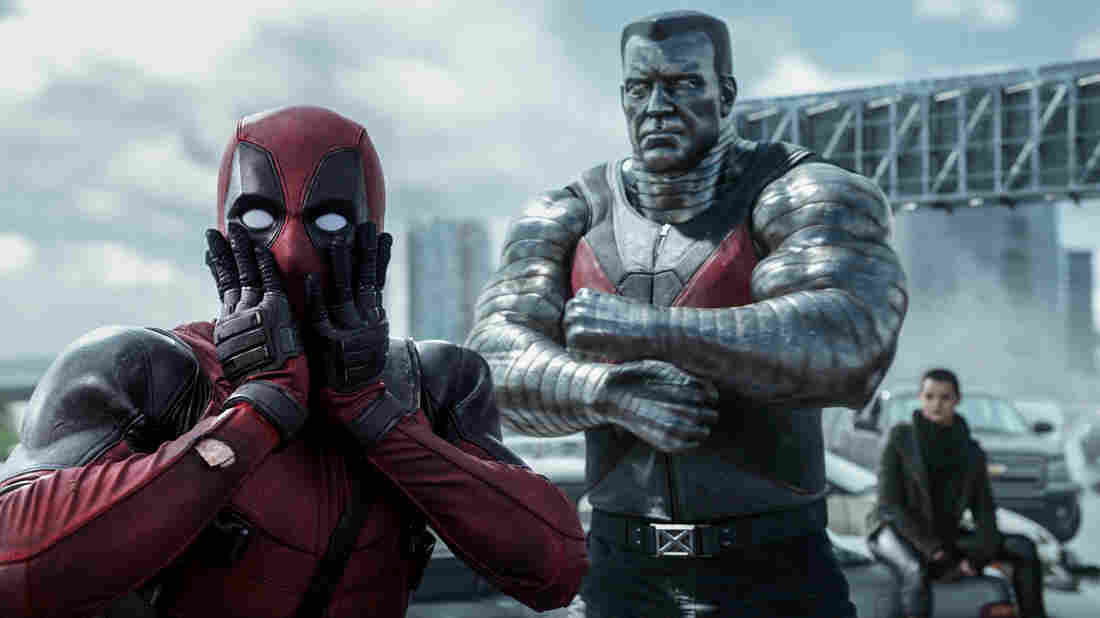 It's sort of a relief to report that Ryan Reynolds is finally coming into his own, superhero-wise, in Deadpool. Courtesy of 21st Century Fox hide caption 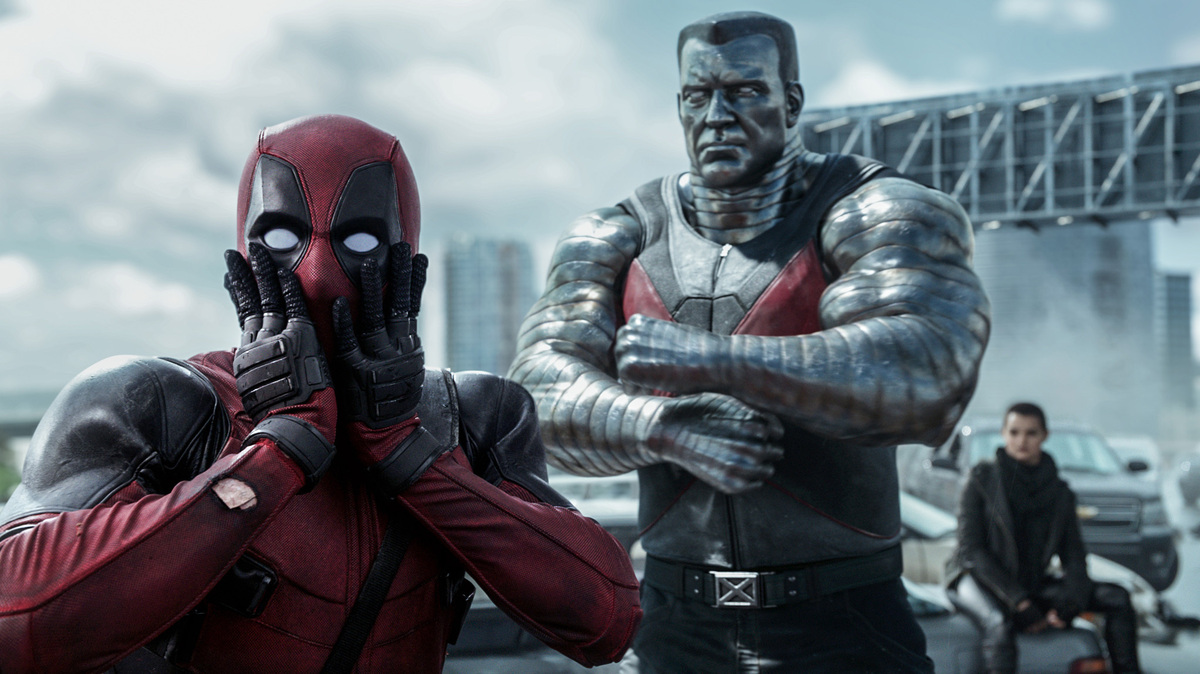 It's sort of a relief to report that Ryan Reynolds is finally coming into his own, superhero-wise, in Deadpool.

Marvel's new superhero movie Deadpool stars Ryan Reynolds, a fact that, up to now, would likely not have been considered much of a selling point. This is not, after all, Reynolds' first stint as a superhero. There was that catastrophic Green Lantern movie, his animated supersnail in Turbo, and he played this character very briefly in what's arguably the least of the X-Men movies.

So it's sort of a relief to be able to report that Reynolds is finally coming into his own in Deadpool, which has the singular virtue of being funnier than we've been led to believe a superhero film can be.

It's also violent to point of sadism, explicit both visually and in terms of language. A potty-mouthed splatterfest, in fact — but a funny one. In short, it's not for kids, though it's hard to imagine the 14-year-old who won't be trying to sneak in this weekend.

Marvel has perfected the superhero screenplay for the PG-13 crowd. Here the brand is venturing deep into R territory, pretty much from the opening credits where the camera zips through one of those frozen-bullet, slow-motion car crashes as cheeky generics stand in for names. Featured actors include "Hot Chick," "Some Idiot," "Moody Teen" and "British Villain." The director is listed as "Overpaid Tool," and there's one really good joke: screenplay written by "The Real Heroes Here."

And the fourth-wall-breaking doesn't stop with the credits. "She's gonna do a superhero landing, wait for it," Deadpool says, grinning, as an opponent leaps from on high into a crouch.

"Really hard on your knees," he adds. "Totally impractical. They all do it."

The plot centers on a good guy who's also a bad guy — special forces op turned mercenary Wade Wilson, played by Ryan Reynolds, who undergoes a rogue medical procedure that gives him superfast healing powers but also leaves him looking — in one of the kinder phrases best-bud T.J. Miller offers — "like a testicle with teeth."

The rest — in more or less typical, though R-rated, superhero fashion — is our wisecracking antihero exacting revenge on Ajax (Ed Skrein), the snarling sadist who did this to him, while rescuing girlfriend Vanessa (Morena Baccarin), who asserts repeatedly that damsel in distress is not a comfortable role for her, though she is eventually reduced to one.

Have we been here before? Well, yeah, though mostly in pieces. Deadpool's deadpan owes a little something to Robert Downey Jr.'s Iron Man; the over-the-top violence, we've seen in Kill Bill and Watchmen. The deconstructing-the-superhero thing was done in Kick-Ass. Even that frozen-bullet-zipping-around thing director Tim Miller keeps returning to has been done recently in an X-Men flick.

Oh, I should've mentioned, there are a couple of X-persons here, too — Deadpool's buddy Colossus (Stefan Kapicic), who gets his chromed head handed to him, and a youngster who fully lives up to her name: Negasonic Teenage Warhead (Brianna Hildebrand).

Miller, who is directing his very first feature here, after mostly serving up visual effects and animated credit sequences elsewhere (including the spectacular credits to The Girl With the Dragon Tattoo), seems to be having plenty of fun mixing the clatter with patter and splatter as his writers keep the self-referential Hollywood references coming — to Reynolds' "Sexiest Man Alive" People magazine cover, to Liam Neeson's Taken movies, to how a buxom Bernadette Peters fueled the 14-year-old Wade Wilson's fantasies.

All of which is designed to make Deadpool appeal to the cynical, rebellious 14-year-old in everyone. Whether you want to unleash that 14-year-old? ... that's up to you.