Accessibility links
South Carolina GOP Primary: 'Bare-Knuckle' Politics With A Smile South Carolina has a strong track record for picking the eventual GOP winner. But the state also has a history of dirty politics. 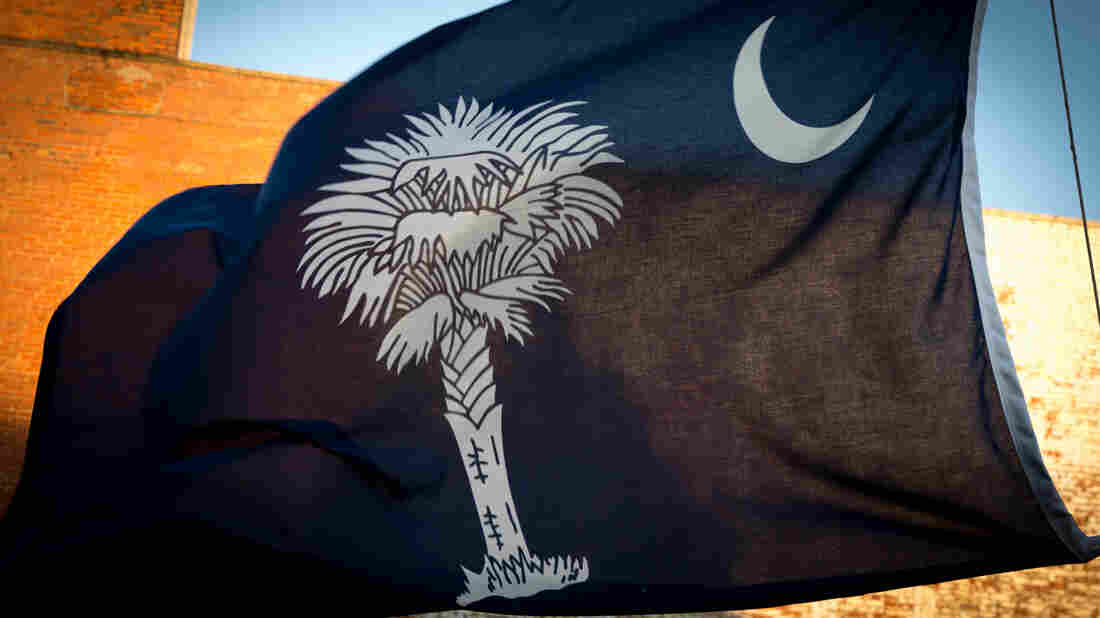 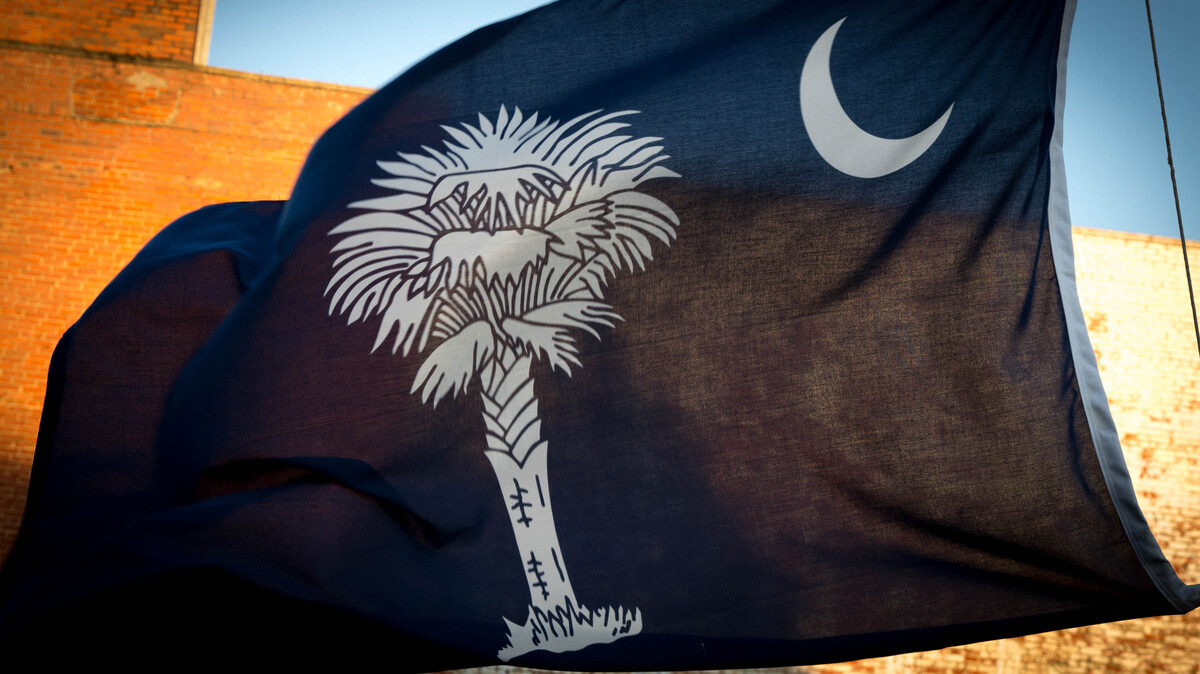 As the Republican primary moves to South Carolina, political observers are predicting that the race could get nasty in the state that historically plays a major role in choosing the party's nominee.

"South Carolina is brutal. It's bare-knuckle. It is the toughest of tough political environments to play in," says Hogan Gidley, a former director of the South Carolina Republican Party. 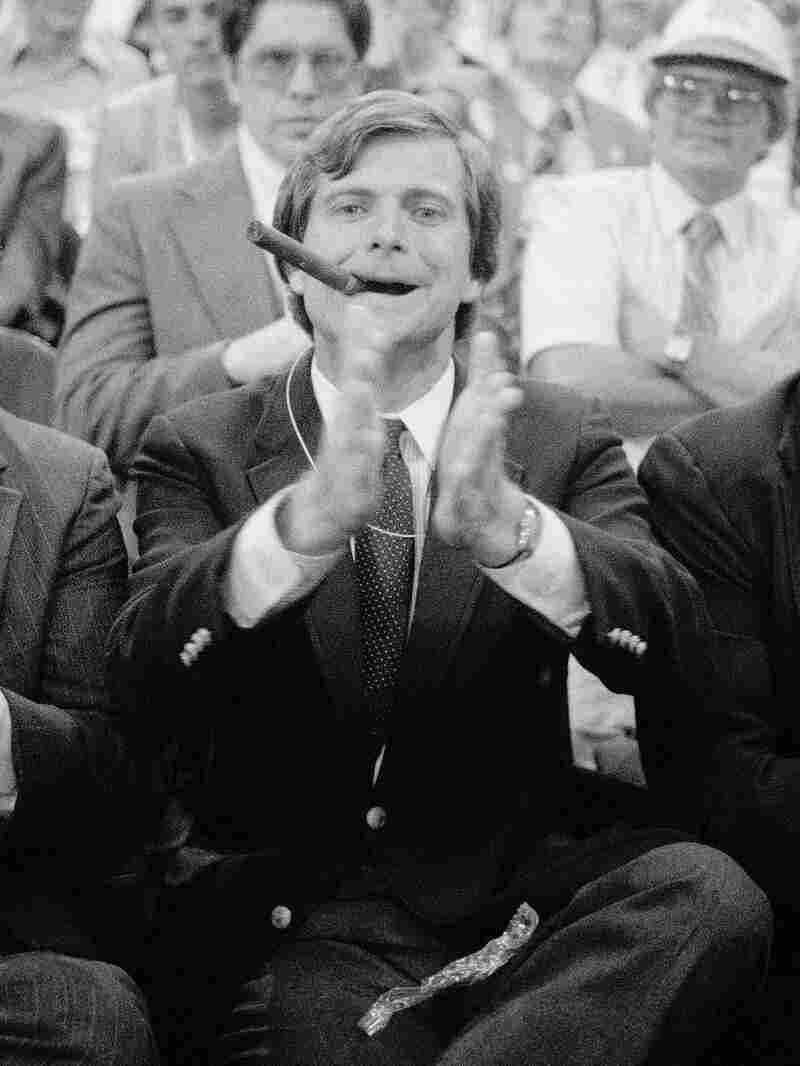 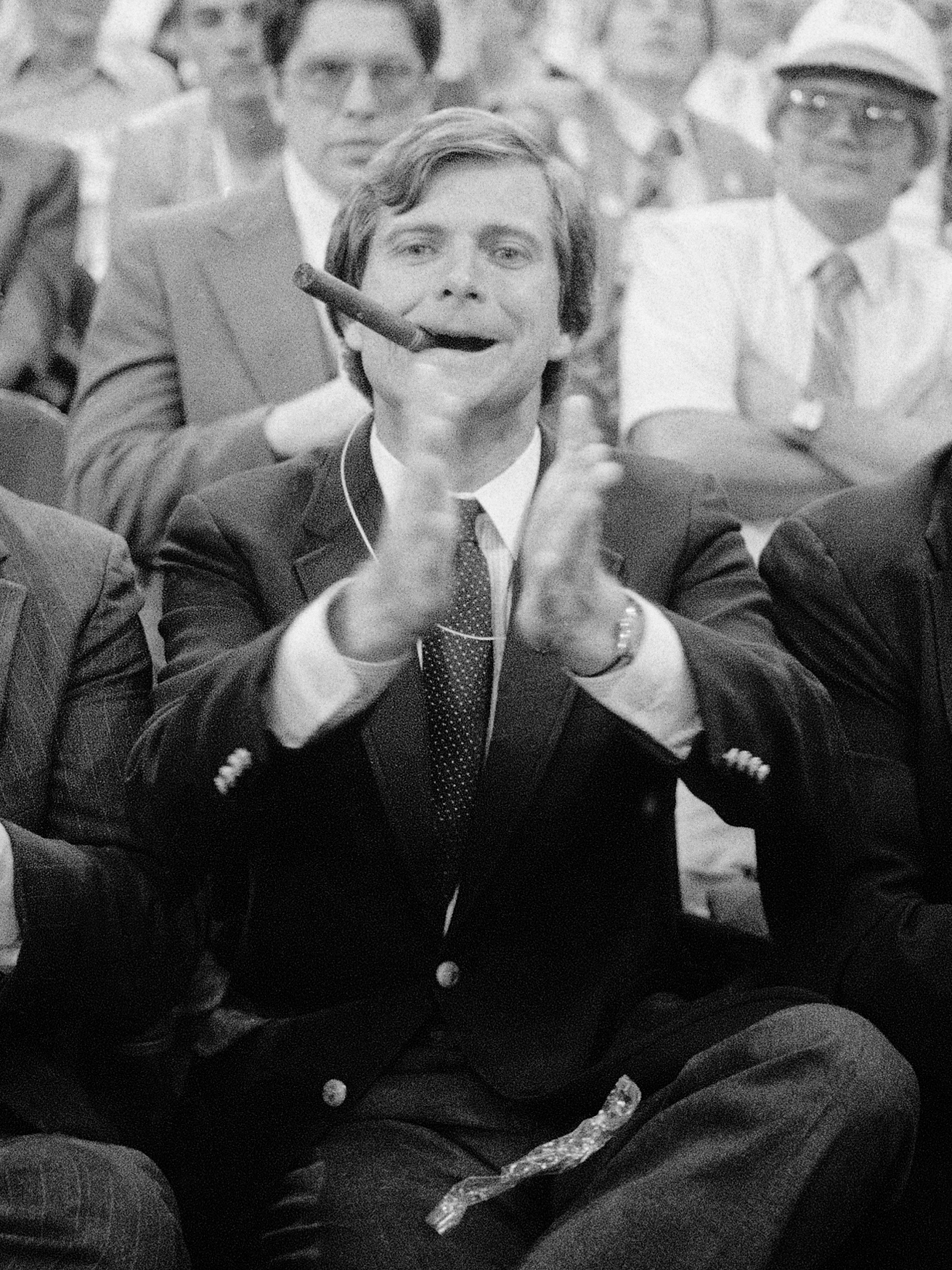 South Carolina was put on the map as an important presidential primary by Lee Atwater, a famously ruthless GOP operative. It's the state where a whisper campaign in 2000 accused John McCain of illegitimately fathering a black child, who was in fact the daughter he and his wife adopted from Bangladesh.

"I think the difference between here and other places is we do it with a smile, and with a phrase like, 'Bless your heart,' so you think it's all nice — but we're really screwing you and you just don't know it," he says.

Part of the reason the stakes are so high is that South Carolina is known for picking winners. Until Newt Gingrich four years ago, the winner of South Carolina's Republican primary had gone on to be the party's nominee in every election since Ronald Reagan won in 1980.

Republicans argue that's because the state's party does a good job of mirroring the concerns of the GOP as a whole. Katon Dawson, a former state party chairman and national committeeman, says the state is like "three different countries" — made up of key constituencies within the Republican Party.

First, there's the upstate: reliably Republican, heavily industrial and home to the conservative Christian Bob Jones University. It's ripe for candidates like Texas Sen. Ted Cruz, who often talks about his faith.

In the midlands, there's state government and the establishment hub in Columbia, with more moderate Republicans.

Finally, the low country and coast are home to lots of retirees from the North. Dawson says many come from states like New York and New Jersey, and those transplants tend to be fiscally conservative but "socially different."

Throughout the state, Donald Trump has strong support. But there are opportunities for other candidates. Especially along the coast, where military bases make up another important constituency for Republicans. 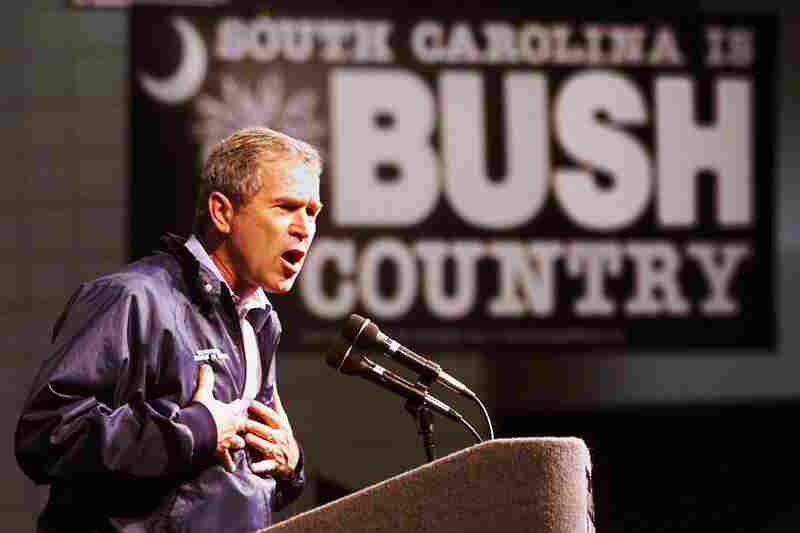 George W. Bush in Florence, S.C., ahead of the state's 2000 primary. Bush's victory there gave his campaign a critical boost. Timothy A. Clary/AFP/Getty Images hide caption 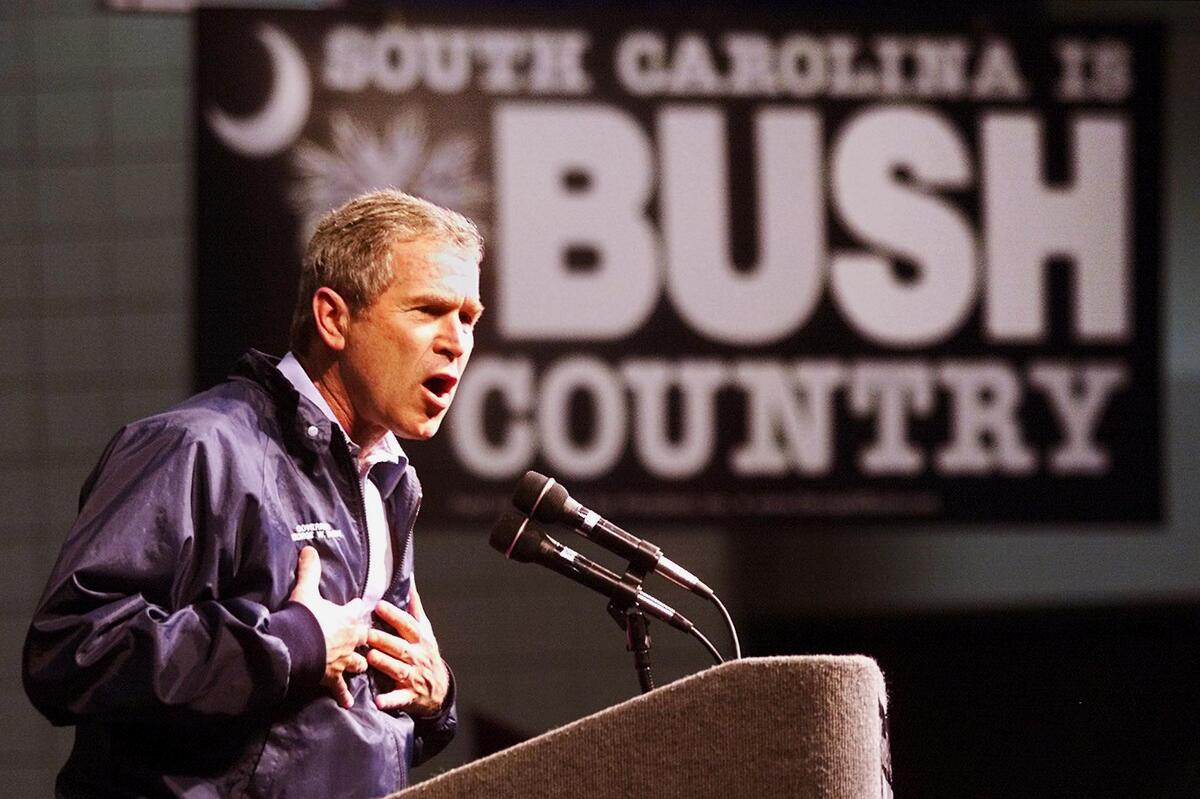 George W. Bush in Florence, S.C., ahead of the state's 2000 primary. Bush's victory there gave his campaign a critical boost.

Observers say Florida Gov. Jeb Bush is popular with the military — and so is his brother. Former President George W. Bush is featured in a Jeb Bush campaign ad airing on the radio here, and he'll visit the state next week on his brother's behalf. For Jeb Bush, the objective is to lock down support from the party's establishment, which is still scrambling to find a favorite after mixed results in Iowa and New Hampshire.

"There'll be three tickets — three serious tickets punched out of South Carolina. And then this race is gonna focus a little more," he says.

Hogan Gidley also says there will be "three tickets punched" after the South Carolina Republican primary.

But first, he says, expect the Republican candidates to throw a lot of punches at each other.