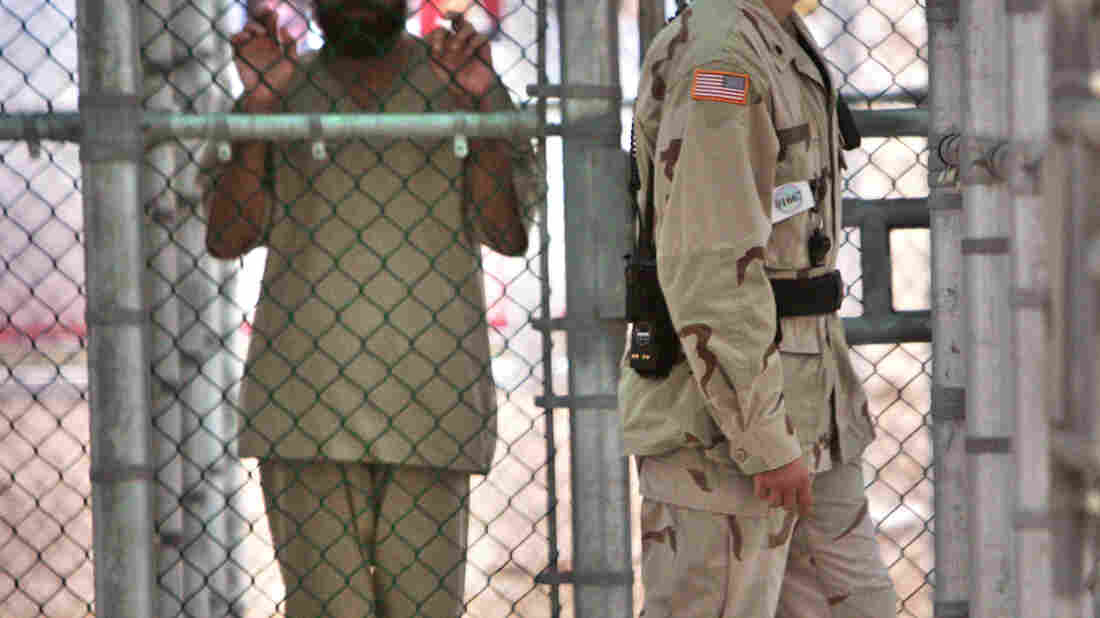 A detainee holds onto a fence as a U.S. military guard walks past. Brennan Linsley/AP hide caption 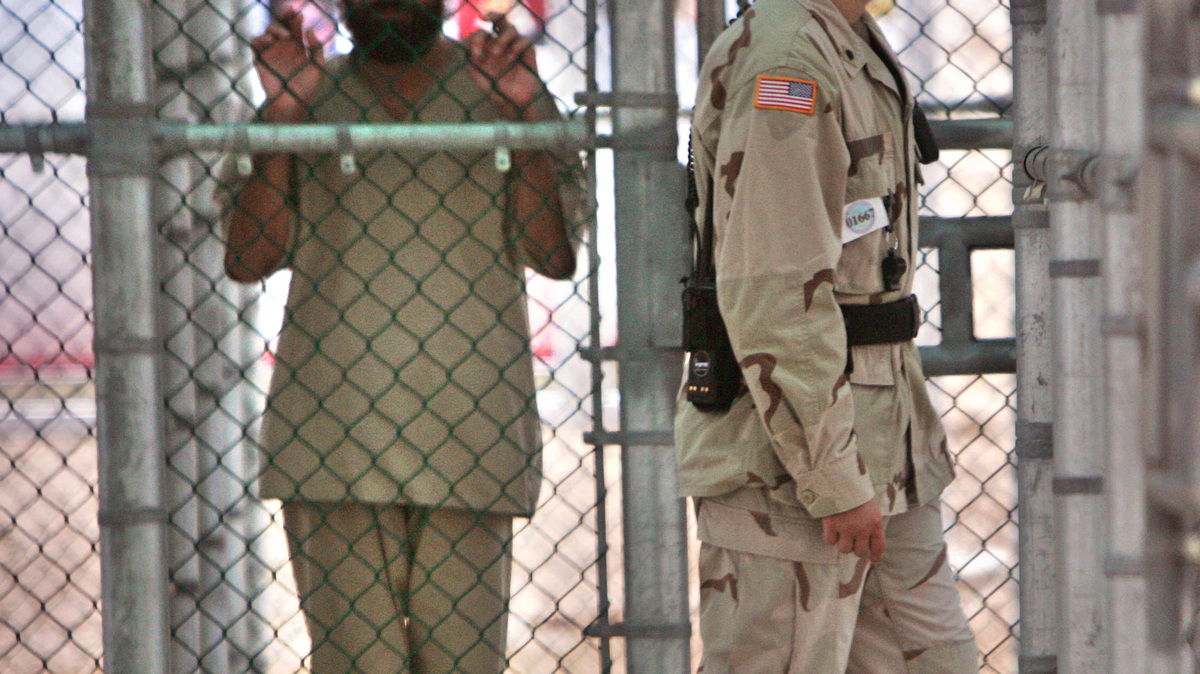 A detainee holds onto a fence as a U.S. military guard walks past.

The director of the federal government team that interrogates key terrorism suspects has a message for people who want to see a return to waterboarding and other abusive strategies: They don't work.

In an interview at FBI headquarters this week, Thompson added: "I can tell you that everything that we do is humane, lawful and based on the best science available."

Thompson spoke as Republican presidential candidate Donald Trump is calling for a return to simulated drowning and other interrogation techniques that critics have likened to torture. The FBI said it was taking the unusual step of making the head of the High-Value Interrogation Group available to counteract the idea that it has operated in "clandestine and nefarious" fashion when it questions suspected terrorists.

President Obama created the interrogation group to bring together elite interrogators from the FBI, the Pentagon and other intelligence agencies in 2009. Fewer than 50 people work there permanently, but authorities said they have the ability to bring in part-timers as needed.

In the interview, Thompson said the group has deployed 34 times over the past six years, both overseas and on American soil. He declined to name specific cases, but public records and reporting suggest those units took part in the questioning of Dzhokhar Tsarnaev in the Boston bombing case; the Times Square bomber Faisal Shahzad; accused U.S. embassy bomber Abu Anas al Libi; and the wife of an Islamic State leader charged this week in the death of American hostage Kayla Mueller.

Thompson, who's led the group for the past 10 months, is a longtime FBI agent. Among other things, he investigated the hijacking of Flight 93 after the Sept. 11, 2001, attacks. He said he views the creation of a dedicated team of interrogators as something worth keeping.

"Just when you have to fight a certain legal battle, you're going to call a lawyer, when you have a significant arrest for law enforcement you have to make, you're going to call that SWAT team in — that's what I equate the HIG interrogators as. We're those specialized experts that aren't distracted by those normal day-to-day demands on your time, that other case agents have to worry about it," he said. "And we can practice and hone those skills of actually talking to someone else, getting that individual to open up, understanding their behavioral traits, what makes them tick, understanding what motivates them."

The group also conducts research and training sessions for local, federal and international law enforcement partners, where demand has been "overwhelming," Thompson said.

Over the past few years, critics have questioned whether the group has lived up to its promise. Very little about its operations has been made public. And lawmakers have not held any public oversight hearings about it.