Accessibility links
Pop Culture Happy Hour: The Awards Show Problem And Product Placement On this week's show, we break down what entertainment industry awards are for (if anything) and consider the highs and lows of product placement. 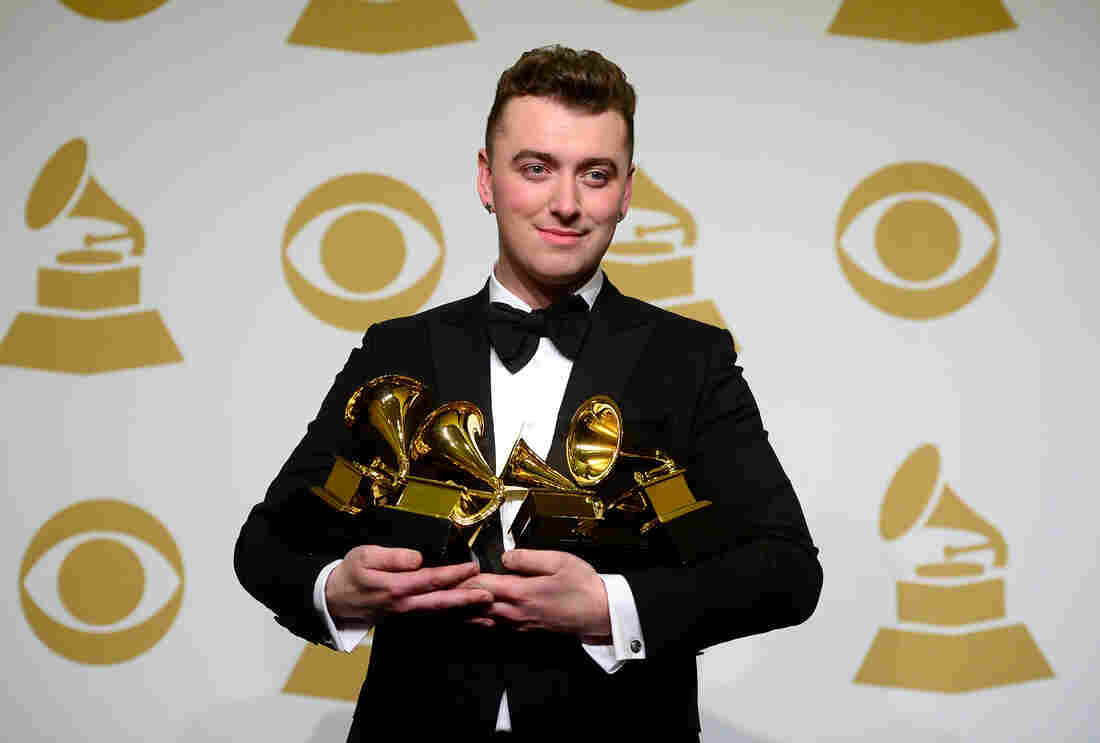 Singer-songwriter Sam Smith, winner of Record of the Year and Song of the Year, Best Pop Vocal Album and Best New Artist, poses in the press room during the Grammy Awards in 2015. Frazer Harrison/Getty Images hide caption 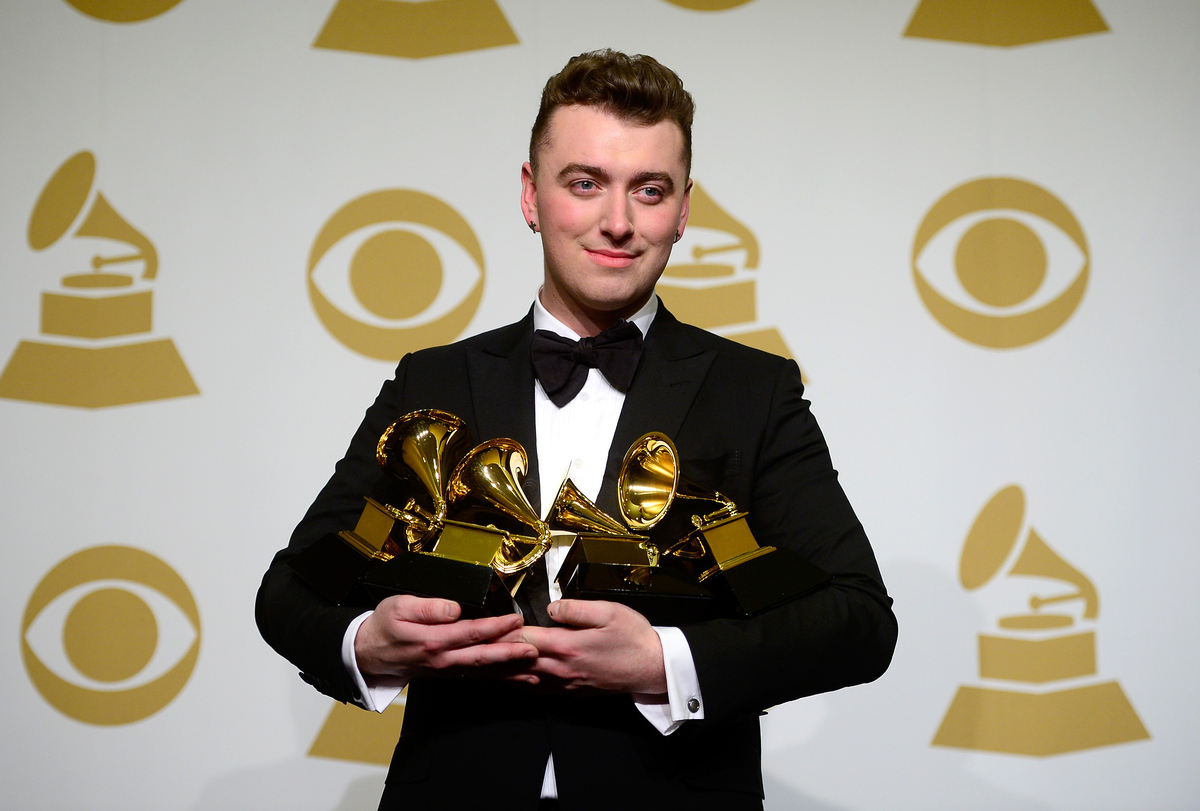 Singer-songwriter Sam Smith, winner of Record of the Year and Song of the Year, Best Pop Vocal Album and Best New Artist, poses in the press room during the Grammy Awards in 2015.

In September 2014, Glen Weldon (a great recommendation engine for podcasts) talked in our What's Making Us Happy This Week segment about Pitch, a show I'd never heard of about which I said with some interest, "I'd listen to that." Hit your little fast-forward button and jump about a year and a half, during which we adopted Pitch as one of the things we think is nifty and befriended its producers, Alex Kapelman and Whitney Jones. This week, Alex is in the fourth chair, sucked through the podcast matrix from topic to participant. (If you want to hear more of Pitch, I recommend Whitney on the Clearmountain Pause or record labels, or Alex on iPhone pings or old love.)

In part because Alex is a music guy, we asked him to chime in about the Grammys and, by extension, about awards shows in general. What are they good for? (Absolutely nothing; say it again, maybe?) Does it matter who wins? Can they justify themselves by showcasing good or weird or good/weird performances? And why can't the Oscars come up with better ... you know, content for their little TV program there?

In our second segment, we take as our inspiration an episode Alex did for Pitch about the appearance of brands in songs — specifically, the effect of Coors Light on the lyrics of Jason Aldean's "Take A Little Ride." We talk about some of the ways we do and don't mind seeing brands show up on movies and television, and I bring you one of the greatest moments in daytime ... cereals. (Oof.) Also, Alex uncorks the abbreviated version of what I'm confident will one day be his successful Ph.D. defense on the topic of Ciroc Apple and Snapchat. (It's pretty great.)

As always, we close the show with what's making us happy this week. Stephen is happy about working on one of his favorite projects of the year. Glen is happy about Deadpool, despite the fact that he calls it "evil and degenerate and cynical." Alex is happy about a new album of which you can find his full, very concise review on Tumblr. And I am happy about a sports documentary that, admittedly, it did not make Stephen happy to hear about.