Accessibility links
How Bernie Sanders' Wall Street Tax Would Work His proposed "speculation tax" — a small levy on every stock, bond or derivative sold in the U.S. — would fund higher education. Estimates of how much revenue it might raise vary greatly. 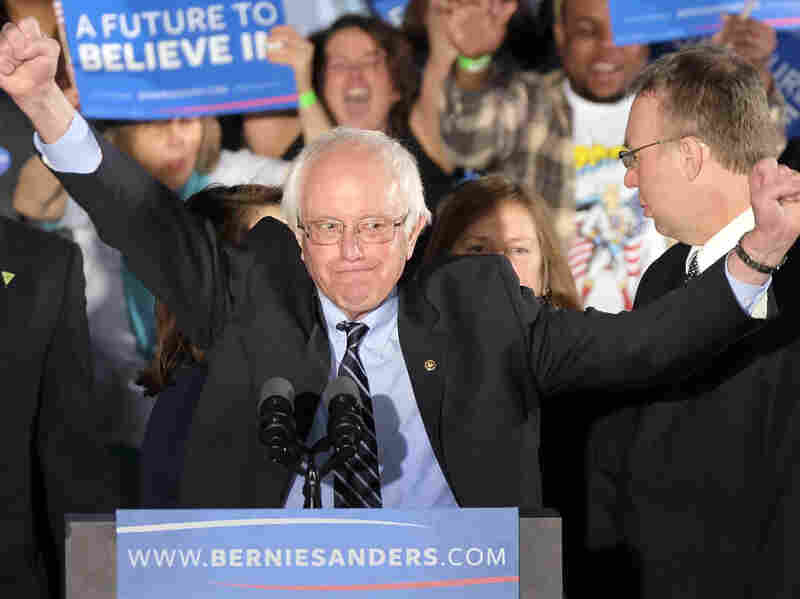 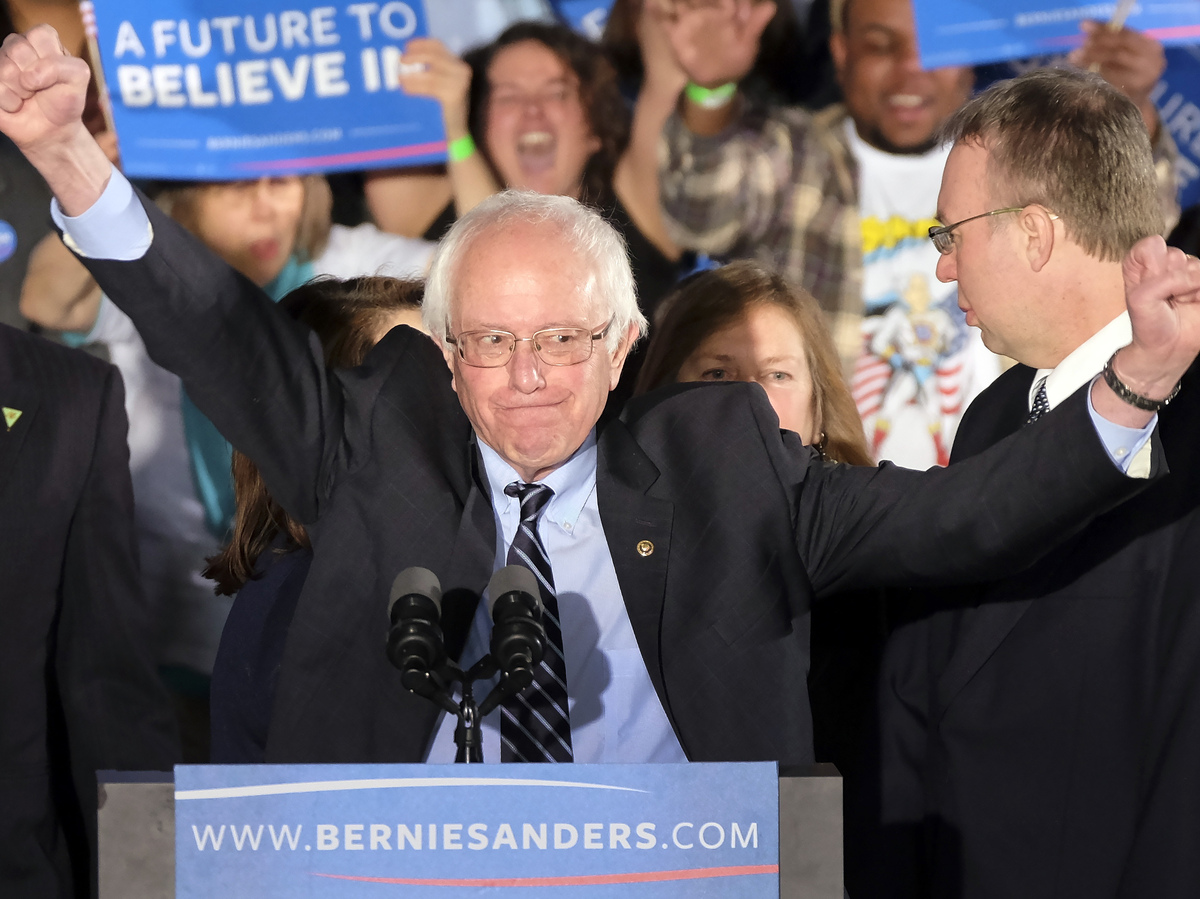 As Bernie Sanders sees it, Wall Street got a big boost when U.S. taxpayers bailed out some of the largest financial institutions in 2008. Now it's time for Wall Street to return the favor.

Sanders has proposed something he calls a speculation tax, a small levy on every stock, bond or derivative sold in the United States.

The revenue would go toward free tuition at public colleges and universities and would also be used to pare down student debt and pay for work-study programs, as well as other programs, Sanders says.

While Hillary Clinton has proposed a similar tax on high-speed trading, Sanders' plan would go much further.

Both candidates say their tax would cut back on computer-generated, high-speed trading, which is often accused of destabilizing the markets and giving an unfair advantage to large firms.

"These high-frequency traders ... make enormous amounts of money, billions and billions of dollars, and do nothing of any social value for the economy," said Len Burman, co-director of the Tax Policy Center, a joint project of the Urban Institute and the Brookings Institution. "They're just kind of the modern-day equivalent of skimming pennies out of the till."

The idea of a tax on financial transactions is anything but new. Over the years, versions of it have been proposed by economists John Maynard Keynes and James Tobin. The United States actually had such a tax until 1966, as do numerous countries today. The European Union is expected to impose one as soon as next year.

Under the Sanders proposal, trades would be taxed at a rate of 0.5 percent for stocks and 0.1 percent for bonds. A stock trade of $1,000 would thus incur a cost of $5.

Burman believes the tax "would have mixed effects."

"On the one hand, it will raise the cost of investment," he said. "It's going to be a little bit more costly to get capital to businesses and others who have got useful things they want to do with it, and that's a cost to the economy.

"On the other hand, to the extent that it discourages unproductive trading ... that's a good thing for the economy."

Given the huge size of the financial markets and the enormous volumes of trading that take place today, such a tax could also raise a lot of revenue, although estimates of exactly how much vary widely.

Robert Pollin, co-director of the Political Economy Research Institute at the University of Massachusetts, Amherst, who has studied the issue for years, said the Sanders proposal mirrors a tax proposed by Democratic U.S. Rep. Keith Ellison of Minnesota in a bill called the "Inclusive Prosperity Act."

Pollin believes such a tax could raise as much as $340 billion a year over the next decade. But the Tax Policy Center said the potential revenue would be less than one-tenth of that.

One reason for the big disparity between the estimates is that no one really knows how Wall Street firms would respond if such a tax was imposed.

John Cochrane, senior fellow at the Hoover Institution at Stanford University, said many firms would find ways to get around the tax, by routing transactions through overseas markets, or trading options instead of stocks, for instance.

"It'll induce some very clever financial innovation of how to get around it," Cochrane said, "because there's ways to trade without incurring the tax, and, as a result, I don't think it'll gain much revenue."

"The cleverness of our financial engineers shouldn't be underestimated," he added.

Although the tax would be imposed on big banks and other large financial institutions, at least some of the pain would end up getting passed on to small investors, through higher costs to pension and insurance funds that invest in Wall Street, Burman said.

But Warren Gunnels, policy director for the Sanders campaign, argued that if Wall Street firms pass on the cost to investors, tax credits would be available to help low- and moderate-income people defray the cost.