Accessibility links
Is John Oliver's Show Journalism? He Says The Answer Is Simple: 'No' "Everything we do is in pursuit of comedy," Oliver says. But to get the comedy right, you have to get facts right: "You can't be wrong about something, otherwise that joke just disintegrates." 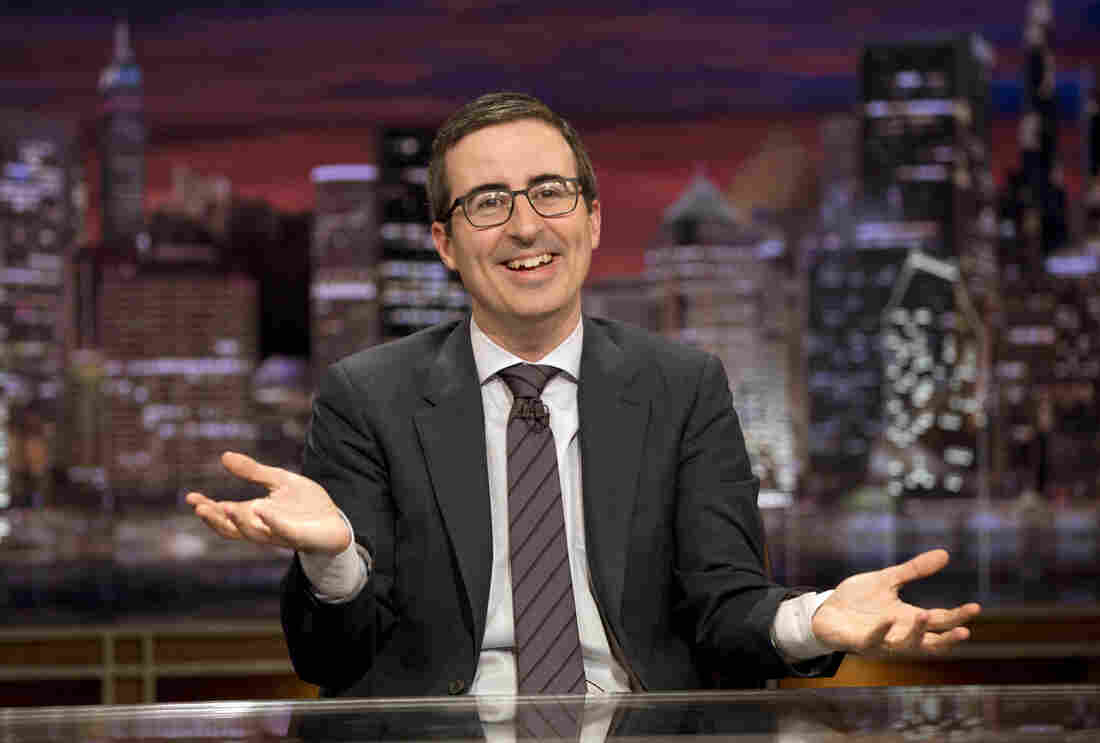 John Oliver begins a new season of his comedy show Last Week, Tonight on Feb. 14. He says he wants to tackle the most challenging topics, "whether that is trying to explain some of the NSA's detailed programs, or whether that's putting a cowboy hat on a cat." Eric Liebowitz/HBO via AP hide caption 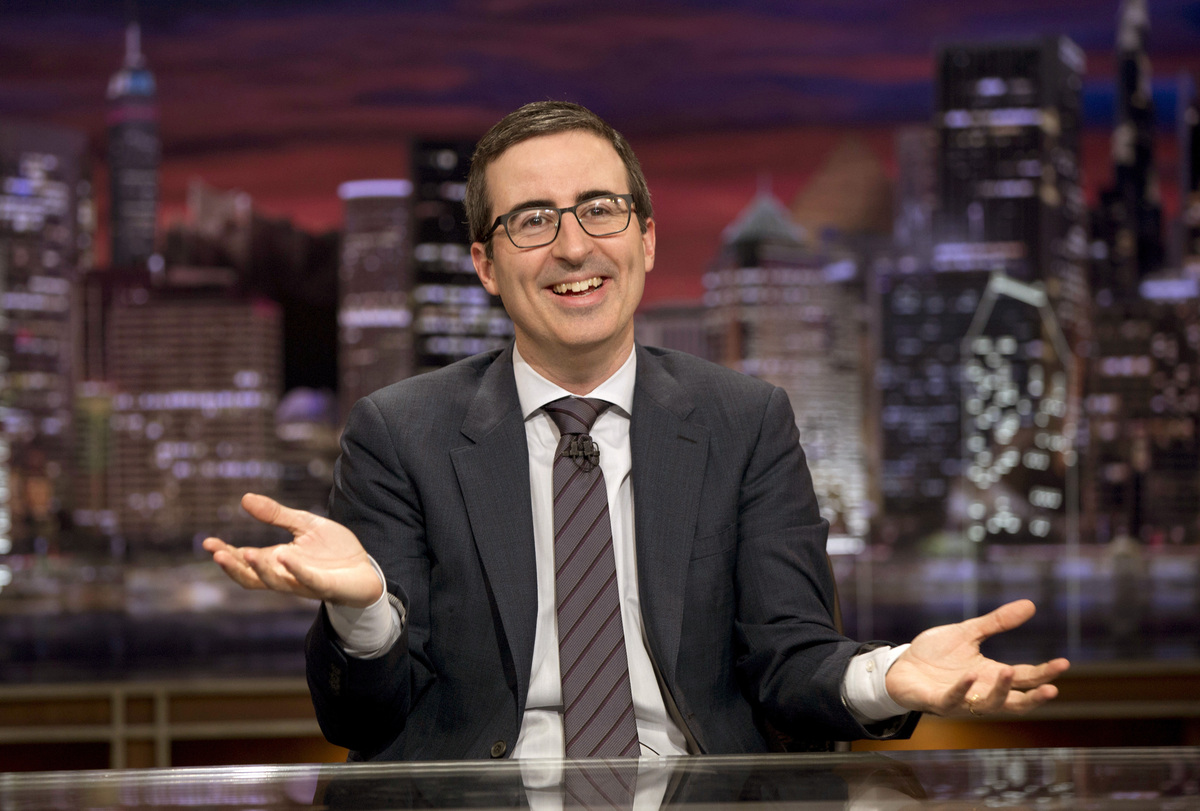 John Oliver begins a new season of his comedy show Last Week, Tonight on Feb. 14. He says he wants to tackle the most challenging topics, "whether that is trying to explain some of the NSA's detailed programs, or whether that's putting a cowboy hat on a cat."

Facts are always the backbone of the show, Oliver tells NPR's Kelly McEvers. After sorting through lots of pitches, stories are aggressively researched.

"You can't build jokes on sand," Oliver says. "You can't be wrong about something — otherwise that joke just disintegrates. ... You try to be as rigorous as you can in terms of fact-checking because your responsibility is to make sure that your joke is structurally sound."

That's a lesson Oliver says he learned while working as a correspondent on Comedy Central's The Daily Show. It was Oliver's stint in the host chair — while Jon Stewart was away for the summer — that was a trial run for Last Week Tonight.

Oliver talks with McEvers about the kinds of topics he tackles on the show, casting dogs as Supreme Court justices, and his aspirations for next season.

On what Last Week, Tonight does differently from The Daily Show

There were a couple of stories that we did that were slightly different than what we would normally do at the Daily Show. ... We liked the idea of using the skills that we had learned from working with Jon Stewart for so long to some longer-form stories — things where we're not reacting so much to the news cycle and we were more looking at single issue stuff.

On the episode that made fun of televangelists

Televangelism feels like a relic of the bouffant-haired 1980s. ... There's also this concept of "seed faith" which has been misinterpreted by some of these preachers and pastors to basically mean that they can offer an investment scheme whereby you send money to them and they promise that you are "seeding" the ground and will receive riches in the future. Which you would think is dancing pretty close to the legal line ... but you can absolutely do that. You can promise that — and not only that — but you can operate without any tax liabilities. ...

Can A Television Network Be A Church? The IRS Says Yes

It's like — it's one thing to, in theory, say to people you can make these promises and you can take people's money and there are no consequences to that. But we wanted to show that in practice you can actually do it. So we could on TV say: Give us your money, you will get more money in return, and we could take people's money and not be taxed on it and it was like showing the proof of concept really that this seems to be a problem.

On creating a church

We created a church — it was called Our Lady of Perpetual Exemption. And my wife, Wanda-Jo, who was played by Rachel Dratch, she and I each week screamed at people to give us their seed ... and they did, to the tune of $70,000 in single dollar bills. ... We took it — which we're allowed to do — and then we asked for more, and then we got more and then we kept asking for more. And all of this is inexplicably OK.

On what they ultimately did with the money

We gave it to Doctors Without Borders. ... The church, I guess, is lying dormant until we decide to pick it up again. So I think if we ever want another $70,000 we can just start asking for money.

On whether his show is investigative journalism

No. There's a pretty simple answer to that. No, it is not. No, we are a comedy show so everything we do is in pursuit of comedy. ... It's confusing to me somehow the fact that this is often the line of questioning. ... It almost makes me feel like, when people say: "This is journalism," it almost makes me feel like: Am I a terrible comedian? ... Is it like looking at a sculptor and saying: "Well it's not art, so are you trying to build a wall? What exactly are you working on here?"

On what makes the best stories for the show

I don't know. We're two years in now, so we're about to start a third year and we're still changing our process. The scope of what our production is capable of has started to be really exciting so from the very silly examples such as making an entire miniature Supreme Court with dogs as the justices — it's just an amazing waste of HBO's resources — or trying to get an effective interview with Edward Snowden about incredibly complicated things — both of which we did last year and both of which are kind of equally fun in different ways and equally challenging.

On how he's going to approach next season

[We're] going after the things that seem most complicated — whether that is trying to explain some of the NSA's detailed programs, or whether that's putting a cowboy hat on a cat.

John Oliver Is No One's Friend On His New HBO Show

Where Jokes Go To Die, And Other Observations From Comic John Oliver