Accessibility links
In Nevada, Will A Generation Gap Over Democratic Candidates Persist? Older women say young Bernie Sanders supporters don't understand the struggles of decades past — and why their elders support Hillary Clinton. 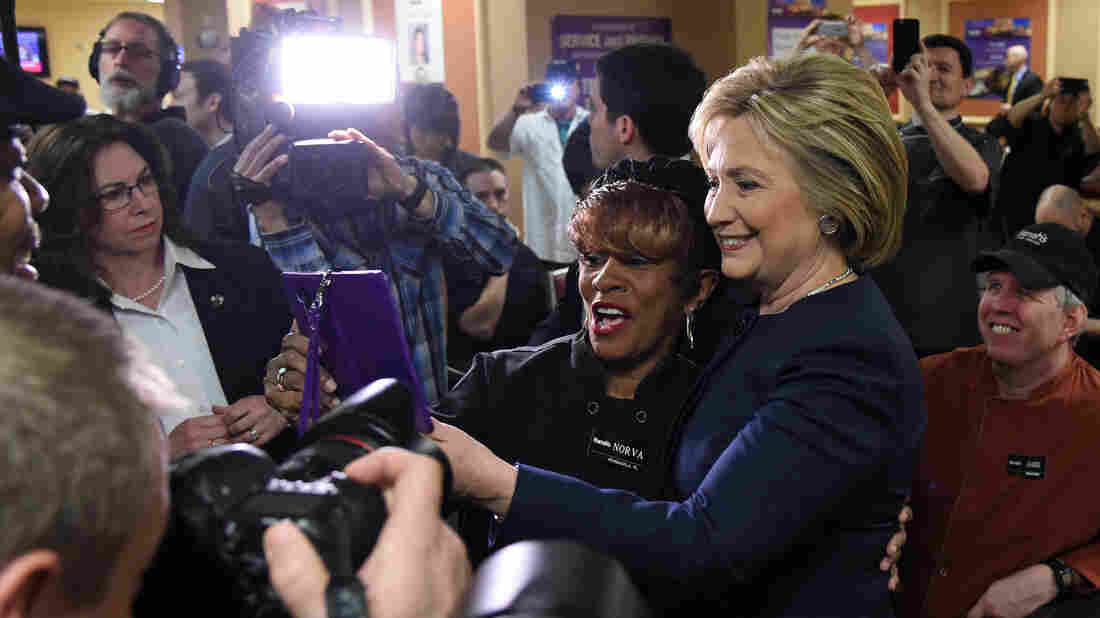 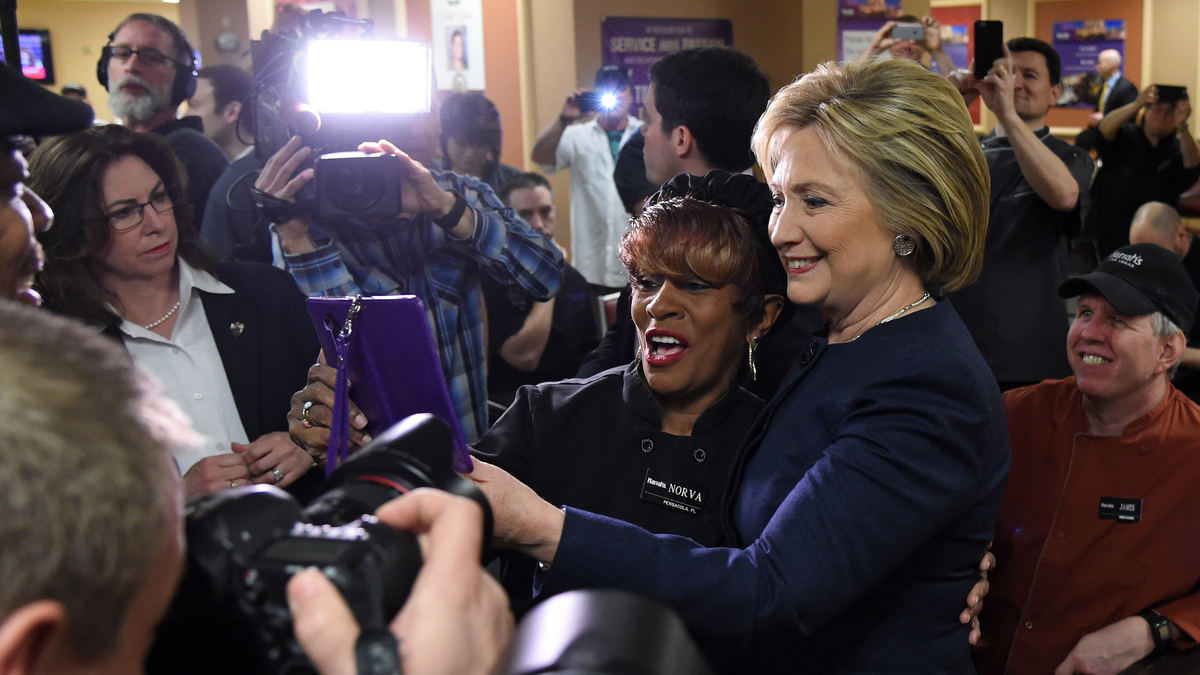 Hillary Clinton takes photos with workers during a visit to Harrah's Las Vegas on Saturday.

As the Democratic presidential contest moves to Nevada for Saturday's caucus, Hillary Clinton is playing catch-up. Her win over Bernie Sanders in the Iowa caucus was razor-thin and her defeat in New Hampshire resounding. Her lack of support from younger Democrats has been especially striking.

In Iowa and New Hampshire, voters under 30 went for Sanders over Clinton by roughly 70 points. Clinton, meanwhile, had the strong support of voters over 45.

Sanders' support is more pronounced among young women especially. One survey showed women voters under 35 preferred Sanders by an almost 20-point margin, while young men preferred him only by 4 points.

So Nevada is supposed to be part of Clinton's firewall, the place where she begins to turn things around and pull ahead of Sanders.

One of her advantages is supposed to be the state's sizable number of Latino voters. Many of them backed her in 2008 when she virtually split the state with Barack Obama.

But back then, Cynthia Salgado was 9 years old. This year, she's getting ready to vote for the first time. She was initially going to back to Clinton — that was all she knew.

"To be honest I wasn't for Bernie at the beginning because I didn't know about him," Salgado says. Then she found a video on Facebook. "I clicked on it, which I usually don't do. And I saw him speak and saw how passionate he was. ... Everything he stood for, I stood for as well. It just got to me."

Now she's a caucus precinct captain for Sanders in North Las Vegas, a largely Latino part of town. She likes his consistency on issues, how he's held the same positions throughout his many years in politics. She likes what he says about immigration and what he says about making public colleges tuition-free.

"I'm not sure if I'll be attending college because of the cost," Salgado says. "But what I'm doing right now is fighting for my right for that education."

She says issues like education and immigration are more urgent than electing the country's first woman president.

But some older Democratic women in the state think the impact could be profound.

"It's very important in the long run," says 53-year-old Lisa McAllister. "I think we've seen that with President Obama, that he's brought racial issues to the forefront that we need to have at the forefront. It's more than women's turn to have a woman in the White House." 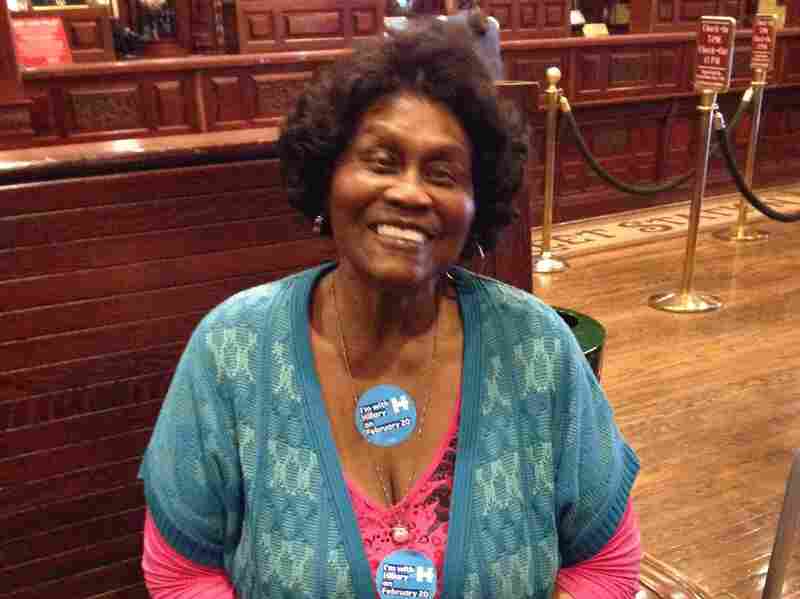 McAllister spoke just outside of a luncheon meeting of the Clark County Women's Democratic Club, where she'd shared a table with 83-year-old Ruby Duncan, another passionate Clinton supporter. Duncan calls Clinton "a great woman. Ain't no way that I'd go no other place," she says.

Duncan met Clinton in the 1970s when they were both involved with the Children's Defense Fund.

"Hillary was a great supporter of poor women and struggling women — and especially hunger. Hunger was one of her things," Duncan says.

Duncan is a bit of a legend in Las Vegas for her work to desegregate the Las Vegas Strip decades ago. She feels that younger women don't fully grasp the struggles of their mothers and grandmothers. That includes her own granddaughters and great-granddaughters. She's trying to talk to them about it.

"They have a brilliant, intelligent mind," she says. "But they didn't come along when the most of all of us pioneers came along. They do not understand because they got everything from us during their early years."

Now she wants to give them one more thing: the model of a woman holding the highest office in the land. She says that unlike her great-granddaughters, she doesn't have decades to wait and see if that happens.