In A Novel Of Frustrated Young Love, Sexuality Comes To The Forefront

In A Novel Of Frustrated Young Love, Sexuality Comes To The Forefront 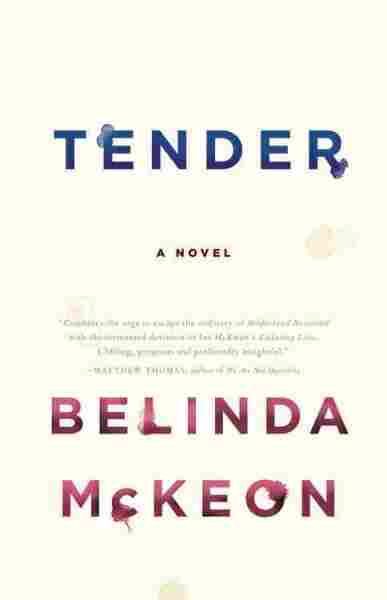 Belinda McKeon's new novel takes the prize for having one of the most exquisite endings I've read in some time — but first, you have to get there. McKeon has followed her debut, Solace (which won an Irish Book Award in 2011) with a microscopically examined tale of lopsided, obsessive love between two college-aged, fledgling adults who meet in Dublin just as they're starting to define themselves apart from their provincial parents.

When Catherine Reilly, an unworldly, insecure student at Trinity College, Dublin, meets James Flynn at the end of her first year, she's immediately taken with his blazing gift of gab and his ability to expand her horizons, though she does not consider him boyfriend material. James, who's opted out of university in favor of working as an assistant to a famous photographer in Berlin, is back in Ireland for the summer. He and Catherine immediately become inseparable. McKeon sums up Catherine's initially mixed feelings: "Because James was not her type. The way he talked so much. The way he looked. The red hair, clumped, untamed. The freckles like cowshit spatters. The clothes ... He was grand, he was fine to talk to — but beyond that, no."

Be warned, however, that this is a novel with time for a hundred indecisions and revisions before the taking of a toast and tea. Immediately, in the same paragraph, Catherine reconsiders: "And yet, she was enjoying him so much, so much more than she had enjoyed anyone before. She felt her brain grow, talking to him. She felt herself wanting to live her life so much more fully. There had been nobody like this for her before. So did that not mean something? After all, what did she really know?"

The novel begins in 1997, just four years after the decriminalization of homosexuality in Ireland, and McKeon captures the entrenched homophobia and uneasy attitudes that feel light years from where we are today. James, who has gingerly warned Catherine that "I won't be giving my mother a wedding. I'm not that kind," feels wary, frustrated, and acutely alone amidst all the campus partying. But he is unguardedly affectionate with Catherine, who at times feels oppressed by his neediness — until the seesaw lurches the other way and it's she who becomes increasingly possessive of him, trying to turn their intense friendship into much more.

This sort of frustrated love is an old, familiar story. (Catherine is taken aback when a gay American art dealer she meets at an art opening gives her a harsh label: fag hag. "Was saying that even OK?" she wonders.) McKeon manages to seed plenty of new grass on this well-trod path, but tracking Catherine's every flareup of jealousy and self-recrimination with such unblinking thoroughness makes for an often claustrophobic, uncomfortable story. It is all too easy to lose patience with dear, distraught Catherine. Open the novel anywhere and you'll find passages like this: "It was not that she did not want him to be happy; it was that she could not deal with the idea that it was others who could make him happy, as he seemed to be now. She wanted him to be only her friend. She wanted the best of his attention; she wanted the highest pitch of his energy; she wanted to be the reason he was fascinated, delighted, amused."

It takes 250 packed pages of densely interior, searching analysis before the book bursts into telegraphic bulletins that stirringly capture Catherine's growing desperation over her obsessive, misplaced passion. McKeon adroitly braids together James's coming into his own, the Troubles in Northern Ireland, and Catherine's inane summer job concocting optimistic horoscopes that mock her hopeless state. In a deft narrative maneuver, Catherine sublimates her misery over James by immersing herself in the epically dysfunctional relationship between Ted Hughes and Sylvia Plath for a term paper on Hughes' poetry collection, Birthday Letters.

Well before you reach the well-earned, absolutely perfect ending, McKeon lets you know unequivocally that this is a book about a rare connection. It's right there up front, in her epigraph from James Salter's Light Years: "He was the friend of my life. You know, you only have one friend like that; there can't be two." Equally telling is a line from Hughes that winds through the book like an ivy vine: "What happens in the heart simply happens." This sometimes exasperating but ultimately moving novel suggests that while love may not be undying, try as we might, it is uncontrollable.