Accessibility links
Spectacle Of Spin: The Post-Debate Room Where The Truth Gets Dizzy In the spin room, reporters clamor for quotes and candidates weave their positive narratives. It's a quite a sight, sure — but in the age of social media, has it become irrelevant? 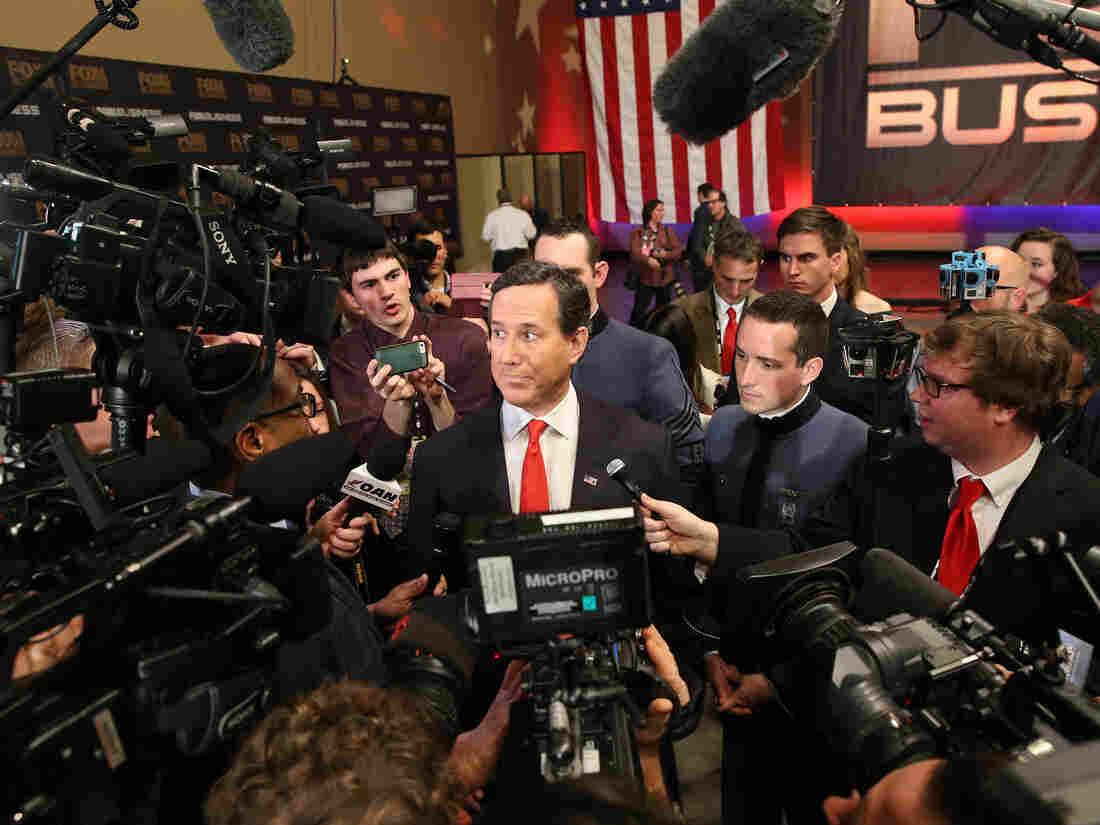 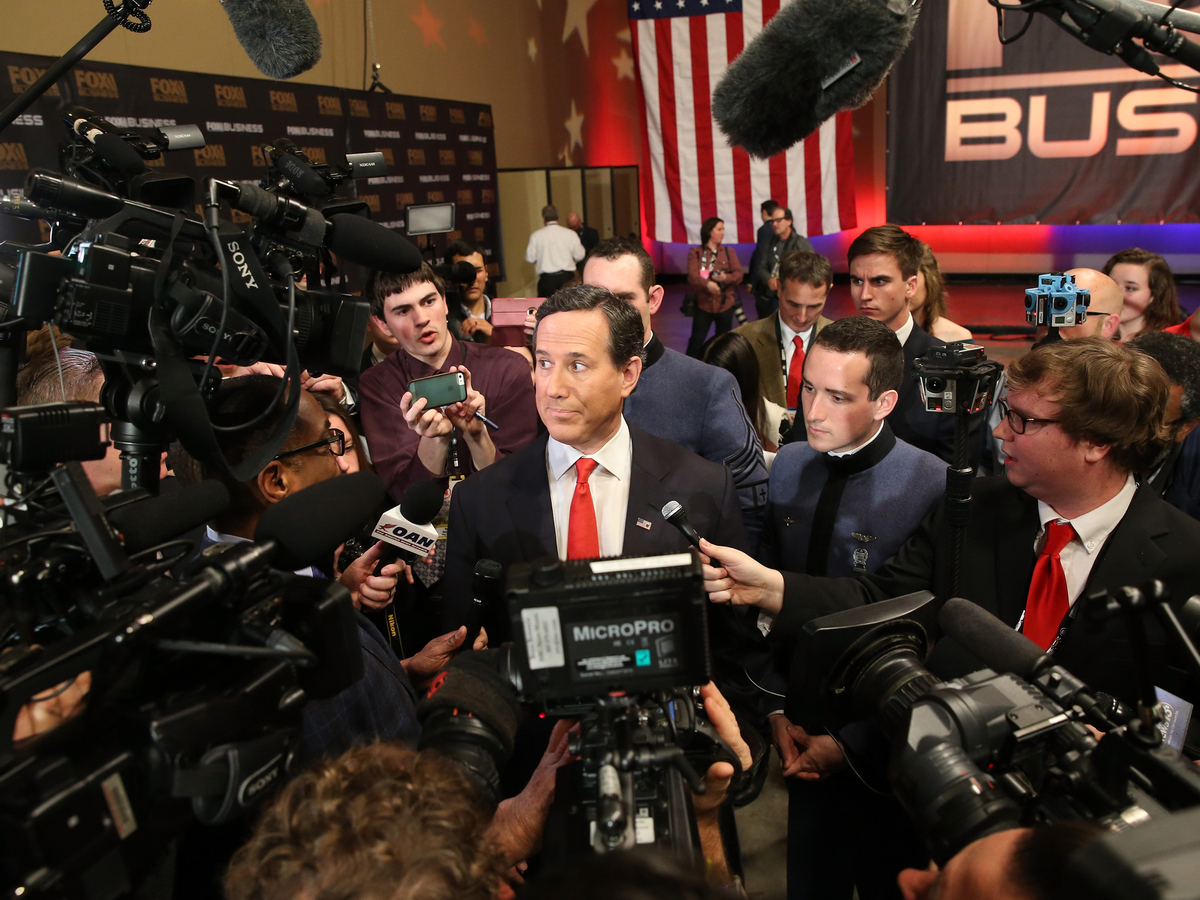 Hundreds of reporters are lined up in rows, looking at flat-screen televisions like bettors at a racetrack. Producers are recording on iPhones, and reporters are deploying selfie sticks to capture live shots, while crews toting video cameras stalk bigger game.

The quarry — presidential candidates and their surrogates — are announced by a party staffer carrying a vertical placard, hoping to draw the attention of the fickle journalistic hordes.

In the post-debate "spin room," producers pursue interviews to fill airtime — and the people they talk to strive to cast their candidates in the best possible light.

"It's called the spin room for a reason," said former CBS News anchor Bob Schieffer, who was covering last week's GOP debate as a political analyst for the network. "I mean, you're never going to find out any revealing information. I'm waiting for the day when a candidate comes in here and says, 'You know, I really didn't do very well tonight.' But I'm not going to hold my breath until I hear that."

By its very definition, "spin" implies the manipulation of fact, the clouding of truth. Therefore, spin should be the reporter's enemy. Yet at the debate in Manchester, N.H., suited television correspondents and fleece-wearing print reporters still milled about the room, eagerly seeking comment.

As she stood near several of her peers clustered around one interviewee, Maggie Haberman of The New York Times made an affirmative case for showing up in the spin room.

"You can read body language of advisers. You can often get people to go off-message when they're not supposed to," she said. And it's one-stop shopping for reporters, "so if you're working on other stories, you can grab people. That's what I tend to find this most useful for — but I do get something out of watching people's level of confidence afterwards."

Inside The Debate Spin Room, Where Everybody Wins

Fame courts fame in the spin room. It's a place where Donald Trump usually stops by to do his own spin — and where even Tucker Carlson, the mirthful founder of The Daily Caller who recently mocked Trump's hair, got a warm greeting from the billionaire real estate developer after the New Hampshire debate.

For the political press corps, on the other hand, debate spin rooms are like a weekly college reunion. Yet some reporters have little use for them.

"I find very little utility in the spin room, and have for years," said Dan Balz, who has covered politics for The Washington Post for decades.

He said campaigns' efforts to shape perceptions of the debates are no longer effective. By 2012, he said, viewers and analysts were setting their own conventional wisdom already — in real time, on Twitter.

"There was nothing that anybody could say that would change a conclusion that had already congealed," Balz said. "It was a reminder that we live now in an instantaneous world — and spinning is an after-the-fact exercise."

With the instant demands of the Web, articles about the debate are written, sent, and often even posted before spinners enter the brightly lit room to make their case.