Accessibility links
4 Things To Know About The South Carolina Primaries On the GOP side, the state has a mix of evangelicals and moderates that could test the field. For Democrats, Clinton and Sanders are fighting for black voters, who are more than half the electorate.

4 Things To Know About The South Carolina Primaries

4 Things To Know About The South Carolina Primaries 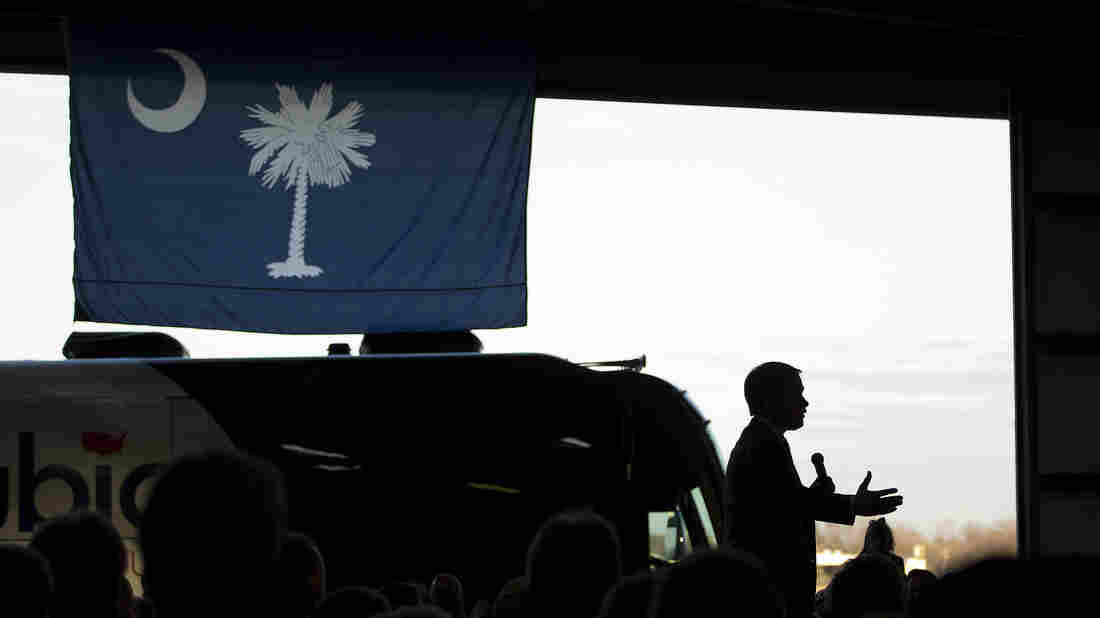 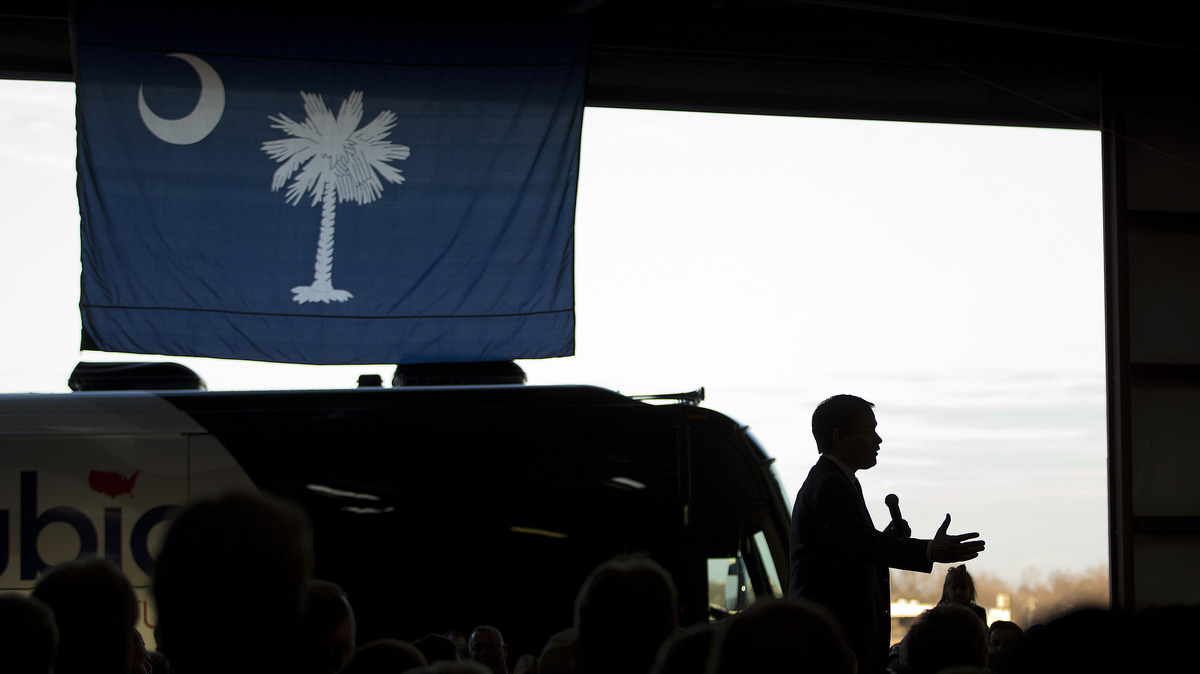 The political world is already turning its attention to South Carolina, where the remaining Republican presidential candidates debate tonight. The Palmetto State votes Feb. 20th in the GOP primary and Feb. 27th for the Democrats.

South Carolina is famous for its rough-and-tumble politics — in 2000, for example, there was a whisper campaign that John McCain had fathered a black child. He wound up losing to eventual President George W. Bush. It derailed his candidacy. With as wide a field as this one, and the stakes being so high, watch out for more dirty tricks. The primary will likely further winnow the GOP side. Donald Trump has a big lead in the polls; Ted Cruz is hoping to win over socially conservative voters in the northwestern part of the state; Jeb Bush, Marco Rubio and John Kasich are contending for the significant portion of establishment Republicans.

Democrats head to Nevada first, Feb. 20th, but they are already trying to appeal to the largest block of voters in the state — African Americans. That was apparent at the Democrats' debate Thursday night. Hillary Clinton hopes to rebound from a drubbing in New Hampshire at the hands of Bernie Sanders.

Here are four things to know about the state and watch for in the coming weeks:

1. The state contains significant numbers of both evangelicals and moderates

Iowa was tailored for a Christian-conservative candidate, like Texas Sen. Ted Cruz, and New Hampshire gave a jolt to centrist, establishment figures like Kasich, the Ohio governor, and it solidified Trump's dominance across the board. In South Carolina, all of those elements combine.

As NPR's Sarah McCammon has explained, there are clear, regional splits in the Palmetto State:

-- The Upstate: The most socially conservative, religious voters are clustered in the Upstate, anchored by Greenville and Spartanburg and home to fundamentalist Bob Jones University. On Friday, most GOP candidates were at the famed college for a Faith and Family Presidential Forum, talking up their socially conservative values on abortion and same-sex marriage. Only Trump, who's come under fire for his obscenities and previous support of same-sex marriage, didn't attend.

-- Lowcountry: The more moderate, heavily military and veteran Lowcountry is where Bush, the former Florida governor, is focusing most of his attention. It's where strategists in the state say he could be surprisingly strong.

-- Midlands: In 2008, conservative candidates split support in the Upstate, and Arizona Sen. John McCain ran strong in the establishment-minded Midlands and Lowcountry for a win. In 2000, McCain was also strong in the Lowcountry, which includes Charleston and Hilton Head, but George W. Bush beat him out in the rest of the state to claim victory.

3. Debates could sway the race

South Carolina prides itself on being "the decider" in GOP politics. Before 2012, it had correctly picked every eventual since 1980. But struggling former House Speaker Newt Gingrich had a breakout debate performance just days before the primary there in 2012. He defended against questions about his personal life and wound up breaking the streak. That helped sway much of the support statewide toward him and helped him earn a decisive victory. (Gingrich looked like he had momentum coming out of South Carolina, but a flush-with-cash superPAC supporting Romney, tore down Gingrich as the contest moved to Florida.)

Rubio's poor performance last Saturday hurt him in New Hampshire, where he finished a disappointing fifth. He needs a strong performance tonight to assuage concerns he's too scripted and too inexperienced. But if another candidate has a breakout performance, they could grab the momentum in South Carolina. Trump, for example, is already being attacked over his own personal life, much like Gingrich was, but good parrying of those attacks could give him a lock in a state where he's already leading in polls.

4. Black voters will be decisive on the Democratic side

The South Carolina primary for Democrats will be the first significant measure of African-American voters in a state. Eight years ago, black voters made up 55 percent of the Democratic electorate in the state. Polls have shown that's a demographic Sanders, the Vermont independent, has struggled with compared to Clinton. But coming off strong performances in Iowa and New Hampshire, and closing the gap with Clinton nationally, Sanders could well be competitive.

His campaign believes the more non-white voters hear his message, the more they'll be open to voting for him. There's at least some evidence that Sanders is benefiting from a generational divide even among non-white voters, NPR's Sam Sanders reports. There hasn't been any South Carolina polling on the Democratic side yet after Iowa and New Hampshire, though.

Clinton has been emphasizing her support in the African-American community, touting the endorsement of the Congressional Black Caucus PAC this week. Civil rights icon and Georgia Rep. John Lewis was dismissive of Sanders, saying he had seen evidence of the Clintons' work to gain equal rights but not Sanders's.

Clinton also led in South Carolina in 2008, but those leads evaporated once Barack Obama proved he could win in lily-white Iowa. He not only carried the black vote 78 percent to 19 percent over Clinton, but he also won with women (also a majority) and young voters. Sanders has been beating Clinton by huge margins with young voters, and even won women in New Hampshire.